10 things not to miss at Liverpool Food and Drink Festival 2018 - The Guide Liverpool
Contact Us Advertise with The Guide Our Video Services Follow us: 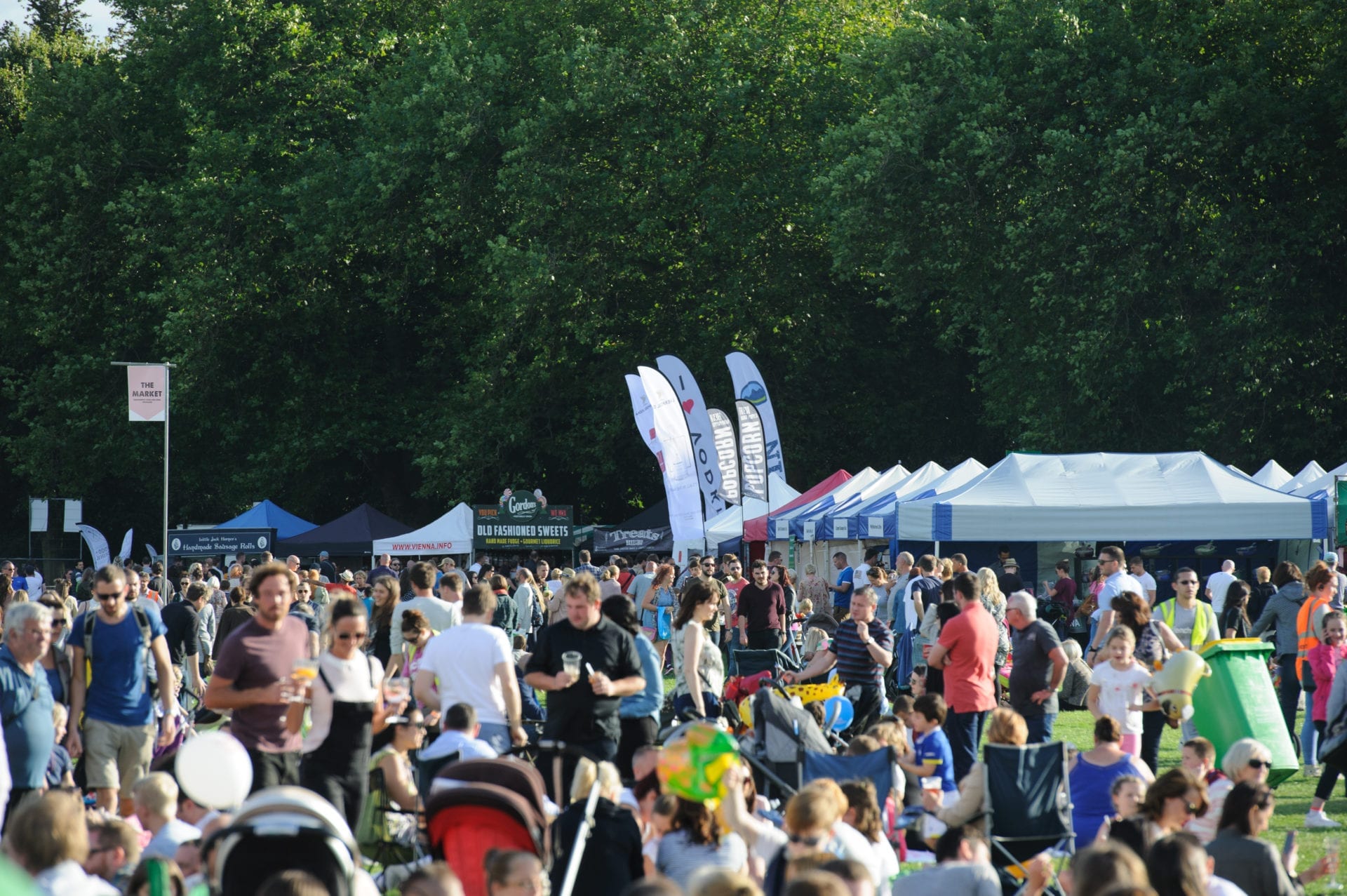 Liverpool Food and Drink Festival is set to transform Sefton Park into a foodies’ paradise when it returns from 15 – 16 September.

While the tempting aromas from local restaurants and international street food stalls are sure to tantalise the tastebuds, there are some things you definitely shouldn’t miss: 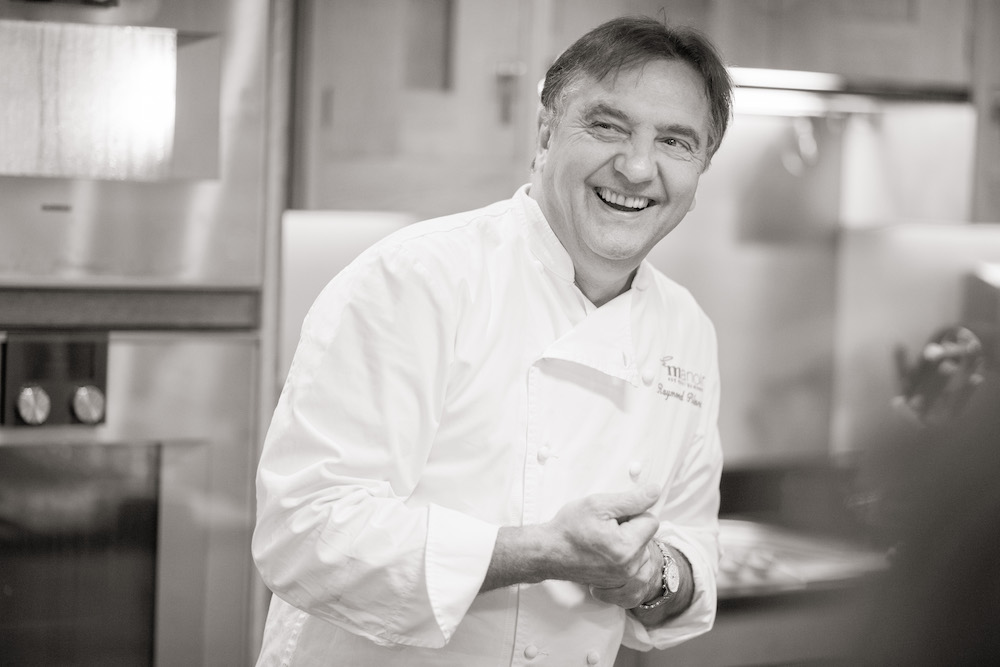 Pick up a few tips from two Michelin-starred TV chef, Raymond Blanc OBE, who will be preparing a Crab Salad served with Pink Grapefruit and a fluffy Cherry Clafoutis at 1pm before he returns to prepare Comte Cheese Souffle Pistou Soup at 4pm on Sunday.

Watch him being interviewed live on stage by our very own Kate Reilly James at 3.10pm on Sunday as he talks about his incredible journey from pot washer to two Michelin starred chef. He will also be signing books at 1.45pm and 4.45pm.

Liverpool born chef, Ellis Barrie, who runs the Marram Grass restaurant in Anglesey with his brother Liam, recently won a place in the North West heat of The Great British Menu during his second appearance on the BBC series. He will make his debut at Liverpool Food and Drink Festival at 1.15pm on Saturday as he shows visitors how to prepare a Crab and Celeriac Risotto.

Straight-talking chef and restaurateur, Gary Usher of Wreckfish, will be cooking up Braised Octopus and Aubergine, followed by Dark Chocolate Tart Drizzled in Honeycomb and Chantilly Cream during his appearance at the Liverpool Food and Drink Festival at 2.10pm on Sunday. 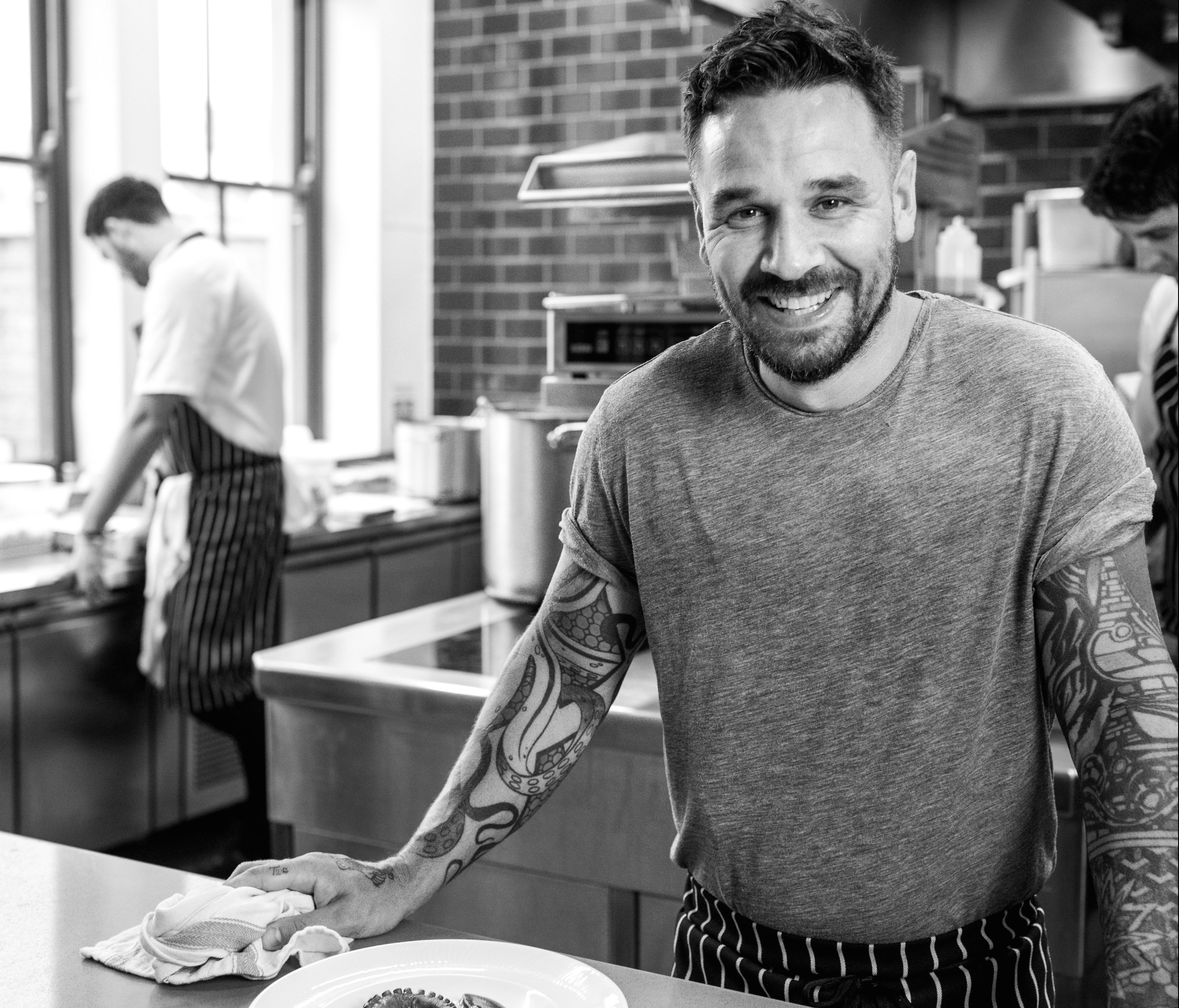 Masterchef the Professionals winner and owner of Roski, Anton Piotrowski, is set to impress the audience as he prepares Welsh Wagyu and Guinea Fowl during his stint in the festival spotlight at 2.30pm on Saturday.

Chelsea Campbell, founder of Wholesome Junkies who appeared on the BBC’s Million Pound Menu, will be preparing Onion and Pumpkin Bhajis with Pomegranate and Mint Raita, served with Tamarind Chutney and Cucumber Salad. Catch Chelsea at the Celebrity Chef Demo Theatre at midday on Saturday as she shows the audience how to make delicious free-from alternatives using creative and sustainable methods.

Anton Piotrowski will join chefs from Fazenda, Silk Rd, Miller and Carter and local craft butchers Bexley’s as they rise to the challenge of preparing a showstopper on the festival barbecue. 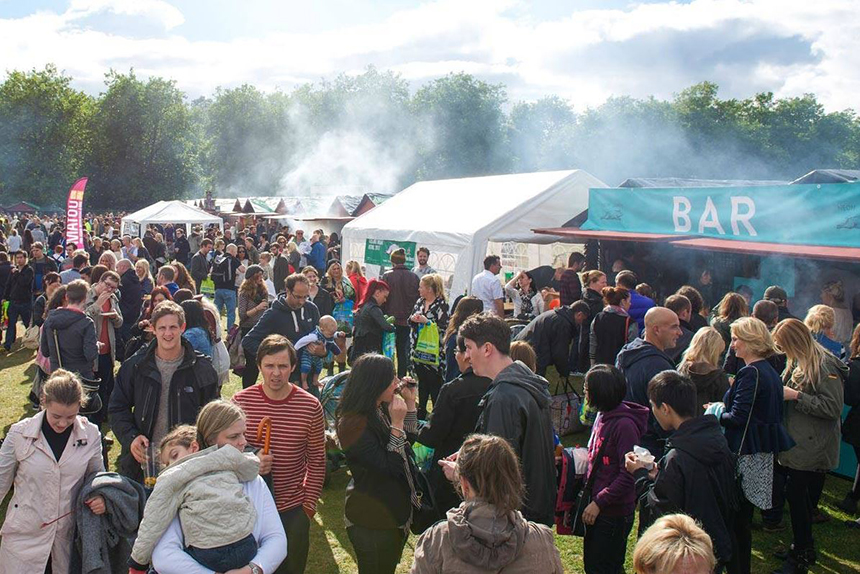 Expand your knowledge of hops and barley as experts from Brooklyn Brewery, Blackstorm Brewery and Innis and Gunn reveal some fascinating facts in a series of craft beer masterclasses. If that whets the appetite, head over to the craft beer tent to sample beers from the north west and beyond.

Join Fazenda’s Chris Milner on a journey through the vineyards of Argentina during his wine masterclass, or pick up a few tips from wine writer, Jane Clare, who will be sharing her secrets on how to choose a good Prosecco. Enjoy a glass of fizz afterwards at the Prosecco bar or sample some of the fine wines from around the world with connoisseurs from Pieroth, Perfect Tipple and Inspiring Wines.

There will be plenty of family fun on offer for younger visitors from science parties and aerobics to football coaching with the LFC Foundation and Everton in the Community. There will also be vintage fairground rides, face painting, glitter painting, nature themed quizzes and arts and crafts. 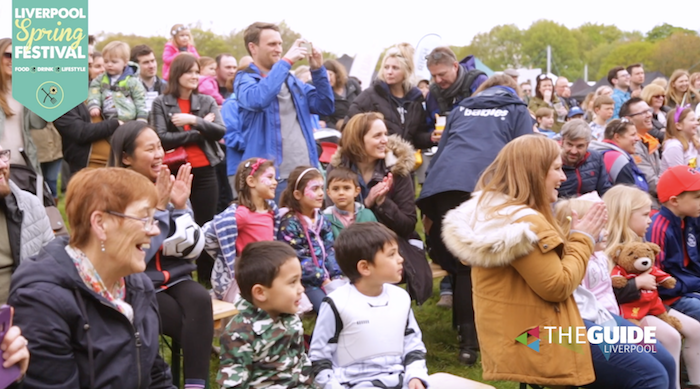 Explore some of the region’s finest artisan producers who will be showcasing all sorts of tasty treats from artisan breads, cakes and pastries to cheeses, chutneys, fudges and liqueurs.

Spice up the weekend even further with the experts from Heswall-based Chilli Gourmets and artisan spice and tea company, Spice Kitchen, for a masterclass on how to cook with fresh chillies, herbs and spices.

There are a variety of different sessions to choose from including ‘Spicy Mediterranean Munchies’, where blossoming chefs can learn how to make falafel and flatbreads with amber chilli sauce and pickled chillies and an ‘Indian Spice Kitchen’ masterclass, where participants can learn how to grind and blend spices and prepare an authentic chickpea curry. The dishes prepared during the chilli and spice masterclasses can be enjoyed at the festival or taken home to eat afterwards. 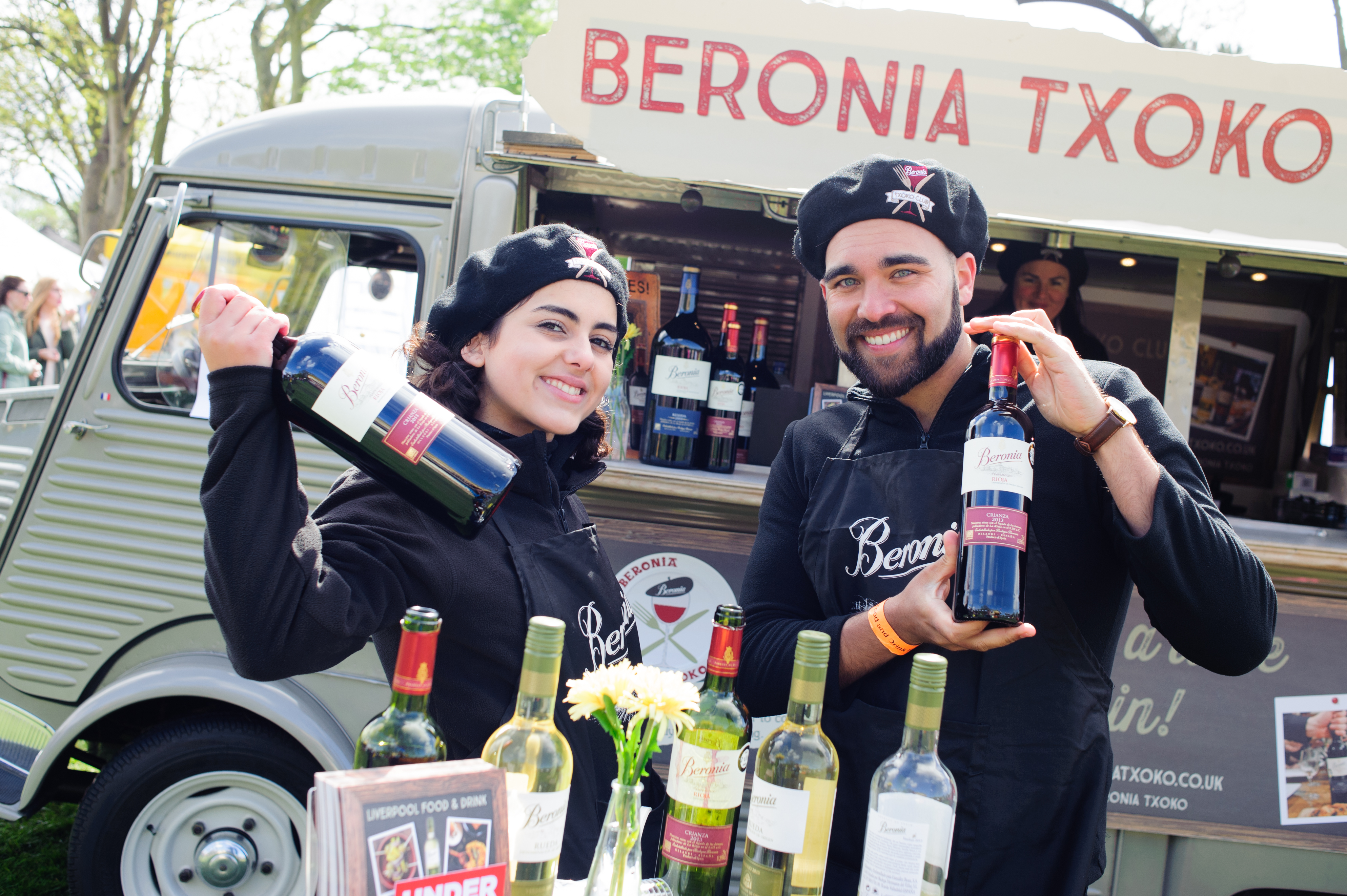 Live music from local performers, including Rachel Holland, Tennessee Waltz and The Sterlings, will provide the soundtrack to the weekend with Liverpool Food and Drink Festival regular, John O’Connell, returning to the entertainment tent on Sunday.

Neighbourhood coffee, Liverpool’s first speciality coffee roasters will be giving demonstrations how to prepare the perfect coffee at home with special 15 minute masterclasses throughout the weekend.

A new addition to Liverpool Food and Drink Festival, the Schwartz Sensory Zone will take the senses on an exciting journey to explain the origins of different herbs and spices and how they are used in every day cooking. The whole experience will take place inside five giant Schwartz jars and visitors can sample tasty dishes prepared with herbs and spices at the end of the journey. 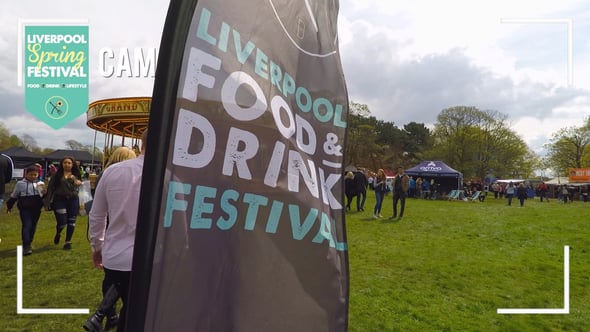 There will be plenty on offer for those who follow gluten free and dairy free diets including delights from a specialist vegan delicatessen, vegan Chinese dishes and vegan Baileys. Eat Natural will also be inviting visitors to create their own delicious artisan nut bars in a specially designed kitchen.

Tickets to Liverpool Food and Drink Festival start from £7 per day and £11.50 for the whole weekend with free entry for children under 14.

Head to the website www.liverpoolfoodanddrinkfestival.co.uk for tickets and further information.