10 Tweets that summed up The Randox Health Grand National 2019 - The Guide Liverpool
Contact Us Advertise with The Guide Our Video Services Follow us:

10 Tweets that summed up The Randox Health Grand National 2019 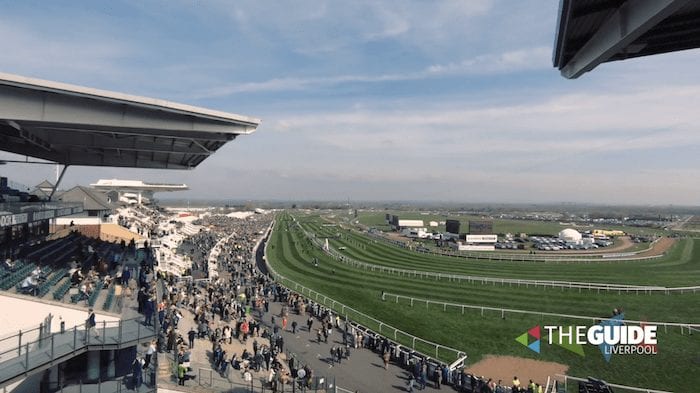 From the moment the gates opened on Grand Opening Day until Tiger Roll stole the show, Twitter captured all the funniest and best Aintree action.

They say the world is watching when the Grand National sweeps Merseyside and it couldn’t have been more true as Tiger Roll made sporting history. 70,000 packed the Aintree stands and more than 600 million tuned in around the world.

Right here on Merseyside the atmosphere was absolutely incredible in and around Aintree Racecourse.  Salons, restaurants, bars and pubs filled with race-goers before and after their days racing. It was easy to feel like part of this world class sporting event as hundreds of thousands took to social media to share their race day experience and we’ve chosen 10 of the best tweets to show how amazing the weekend was.

Oh yes! Another belter at @AintreeRaces. Big up everyone down there today.
B A N G E R S . More videos on my Instagram page. #LadiesDay #grandnational #aintree pic.twitter.com/mlH7qrZt0e

You can’t possibly describe the Grand National atmosphere, but this video from Anton Powers on the decks after racing at Ladies Day, comes close. Na Na Na Na Na…!

If you know you know…

Bit of “Tiger Roll” this morning?

Bet Fred were quick to jump on the Tiger Roll meme, only problem is, it’s a barm here lads, sorry!

It was inevitable! With Pete on our presenting team there was bound to be some hilarity and amid cries of ‘Hes a lizard’ he did indeed saddle up at Aintree.

Brilliant! Two free drinks each for @Ryanair passengers this year!

Tiger Roll’s jockey, Davey Russel won even more hearts as he immediately dedicated his historic win to Kieran O’Connor, a Cork Footballer who is battling Ewing’s Sarcoma. What a guy.

6 – The Style Stakes were raised even higher

Winner of this years Ladies Day Style Award, Sue Moon from Chorley proved that less is more when dressing up for the races. Huge congrats Sue and to our Jay on his expert judging!

Grand Opening day at Aintree served up a celeb buffet fit for a king, (well a princess actually) and BBC’s Dan Walker wasted no time in snapping a selfie with all the famous faces.

The Jockey Club posted some incredible aerial shots during the Grand National and none show the sheer scale of the 70,000 strong crowds than this one! Anyone seen our Wally?

Excited for the Grand National?

First, get in the mood by watching the thrilling, 2019 Mascot Grand National! pic.twitter.com/sQtQSxeVwl

How hilarious is the annual mascot race? This years line up included Oli the Elephant from Alder Hey Children’s Charity and The Cheltenham Gold Cup, all raising money for amazing causes.

TRUE STORY: Someone in our box at the #GrandNational has won £11,000+ on a Lucky Dip and the staff have come around telling us it hasn’t been claimed…
Everyone routing through bins and checking the floor

Not content with gate-crashing out interview with Soprano, Laura Wright, the lovely Sam Quek commentated her Grand National experience with brilliantly funny observations. Did anyone claim that eleven grand?

You can relive all the Grand National action so far here, including Pete Price on a horse, interviews with Amber from TOWIE and BBC’s Dan Walker and of course all the fabulous fashion.