10 WWE Legends you'll see at 'For The Love Of Wrestling' this April - The Guide Liverpool
Contact Us Advertise with The Guide Our Video Services Follow us: 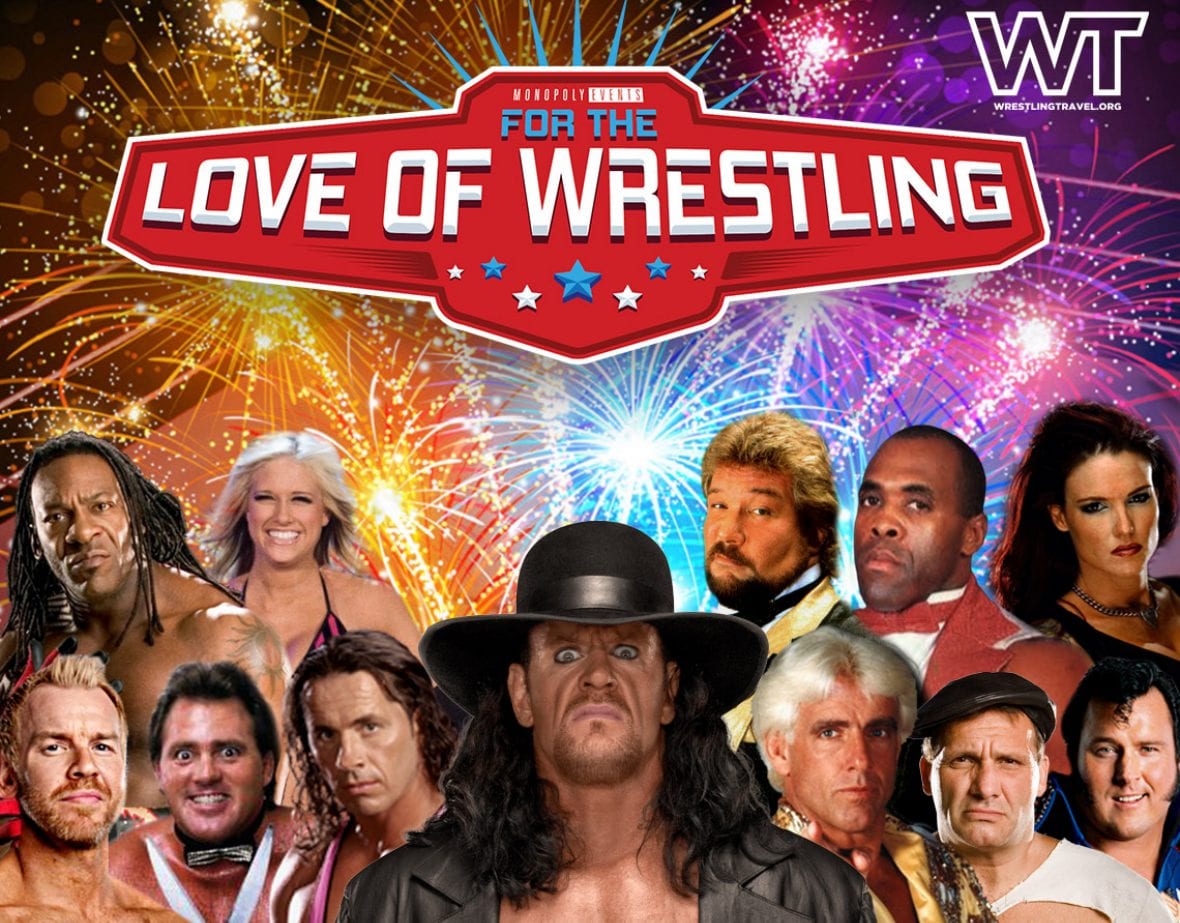 Calling all wrestling fans, the largest, independent wresting convention in UK history comes to Liverpool this month and we’ve got the low down.

Monopoly Events, the group behind the hugely successful Comic Con Liverpool is back with yet another incredible line up and this time its all about Wrestling! For The Love of Wrestling comes to Exhibition Centre Liverpool on 27th-28th April 2019 and with it comes a special guest line up of some VERY famous names – there’s also live Q&A’s, traders, cosplay competitions, live wrestling, displays and loads more.

Tickets start from just £5.50 and with two days worth of wrestling action to take in, here’s 10 wrestling legends you’re guaranteed to see at this massive convention…

We’re starting off with a huge announcement. Yes, Mark William Callaway – WWE legend, The Undertaker is coming to Liverpool for this two day wrestling-fest. Do not miss your chance to meet & greet.

He may be retired now, but Canadian-American wrestler, Brett Hart rocked the ring like no other back in the day. He’ll be at Exhibition Centre on both days to talk all things WWE.

Can you believe Ric Flair started using his famous ‘The Nature Boy’ moniker since the 1970’s? Now retired, the former WWE Legends wrestler will be at the convention on both days to meet fans.

MORE: For the best Food & Drink in Liverpool head this way

The one and only Ted Dibiase or ‘Million Dollar Man’ as you might know him is also making the trip from stateside to Merseyside on 27th and 28th April. What a line up this is turning out to be!

Professional American WWE wrestler, promoter and colour commentator Robert Booker Tio Huffman or Booker T will be joining the line up in Liverpool on both days.

Professional Wrestler and singer, Amy Dumas, or Lita as you likely know her, is making a beeline for Exhibition Centre on both days of For The Love Of Wresting and is sure to be a huge hit with all the female fans! Yes Queen!

Hacksaw Jim Duggan Jr is currently signed to WWE on a legends contract and will be taking time out to join the special guest line up at Exhibition Centre this April. Imagine the atmosphere with this lot all together, so close to a ring!

MORE: Your guide to Easter Bank Holiday weekend in Liverpool

For those who remember WWF, this special guest is a real treat. Wrestler Scott Hall (also known as Razor Ramon, pre WWE) is joining the guest line up as a Hall of Famer and can’t wait to chat to fans about his career in the ring.

Also flying the flag for females in the professional wrestling scene, Danielle Moinet, better known as Summer Rae, is a pro wrestler, reality star, actress and model and she’s taking time out to head to ‘For The Love Of Wrestling’ on both days.

Are all these names bringing back amazing memories of drama in the ring? Well here’s another one for you. Steven Lombardi or The Brooklyn Brawler, is one of the longest employed active wrestlers the WWE has ever seen and he’s coming to share his stories and knowledge in Liverpool on both days of For The Love Of Wrestling this April.

To get your hands on tickets to this epic wrestling expo, head to www.ticketquarter.co.uk or click here. Get yourself over to the official Facebook page here for updates.