11 top events you can still go to this summer across Liverpool - The Guide Liverpool
Contact Us Advertise with The Guide Our Video Services Follow us:

We might be half way through August already but, if you think summer’s almost over, think again.

The season’s just hotting up with loads of events you can still go to, from some of the best music festivals, to canine capers, and food and flower shows… 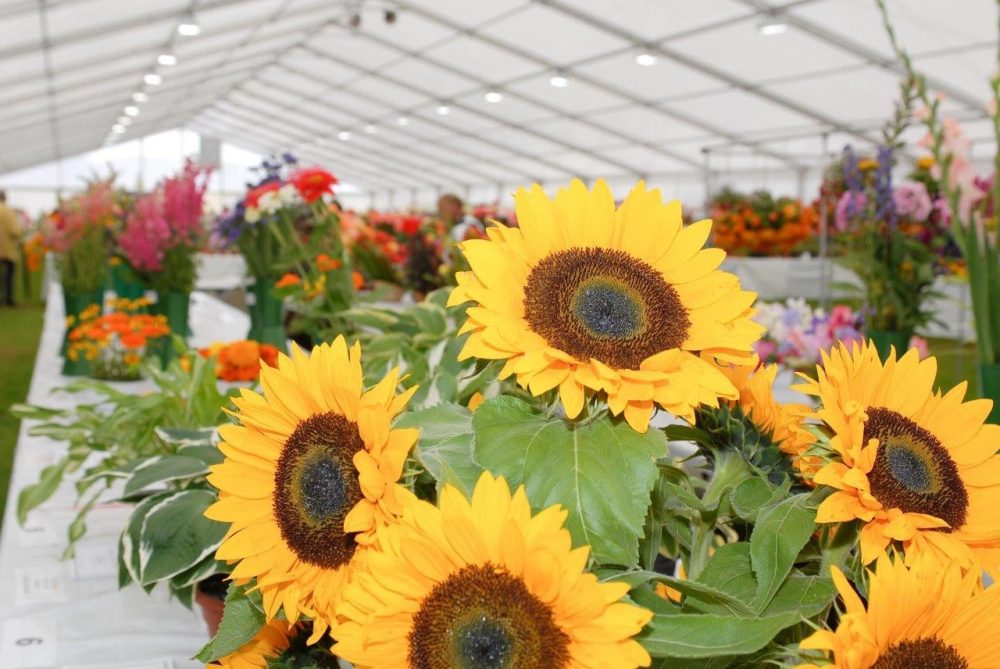 Strictly’s Janette and Aljaz, Hairy Biker Si King, and kids’ favourite Justin Fletcher – aka Mr Tumble – are among the star guests at this year’s Southport Flower Show. The four-day summer festival celebrates all things flora and fauna with stunning show gardens and spectacular displays, along with entertainment – live music, dog displays and stunt shows among other things – and kids’ activities, including workshops and hands-on fun with Imagine That!.  There’ll be more than 300 trade stalls, a fabulous food marquee and tons more… it’s going to be busy.

New Brighton Summer Festival is back again this year from Wednesday, August 24 to Monday, August 29. Every day there’ll be entertainment for all the family with continental themed stalls offering food from around the world, quirky crafts, and fairground stalls, all lining the New Brighton prom. The festival will be open Wednesday to Saturday, 10am-6pm, and Sunday and Monday, 10am-5pm.

More than 70 bands from over 20 countries will be arriving in Liverpool this month to celebrate the Fab Four. The annual International Beatleweek Festival will take place from Wednesday, August 24 to Tuesday, August 30, with live music, exhibitions, memorabilia, guest speakers, video shows, sightseeing tours, and a convention. There’ll be live music on the Cavern’s three stages every day and, a highlight in this its 36th year, will be a ‘Lennon’ line-up when Earl Slick, Tony Levin and Andy Newmark perform in the ‘Lennon 1980’ headline show at the Philharmonic Hall, on Friday, August 26. All three performed on John’s last studio album, Double Fantasy, as well sessions for the Milk and Honey album. They’ll be joined by actor and musician Mark McGann in this special tribute. 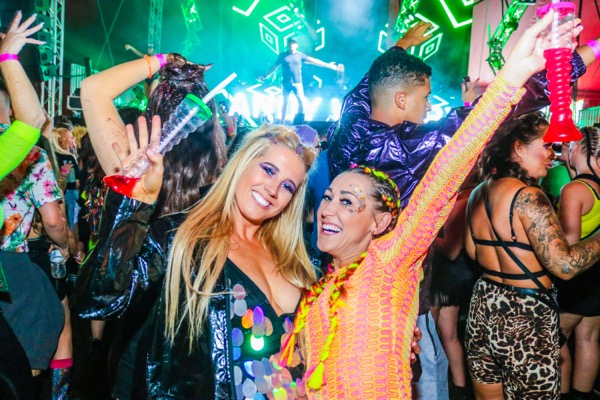 The ultimate Old Skool disco party everybody loves is back at Sherdley Park on Saturday, September 10. DJ Lee Butler and the team will be introducing acts across three stages at the St Helens park venue, with music stars including 2 Unlimited, Rozalla, Baby D, Boyzlife, Five, and Liberty X, and top DJs including Dave Pearce, John Cotton, Tall Paul, Anton Powers and Pat Sharp. 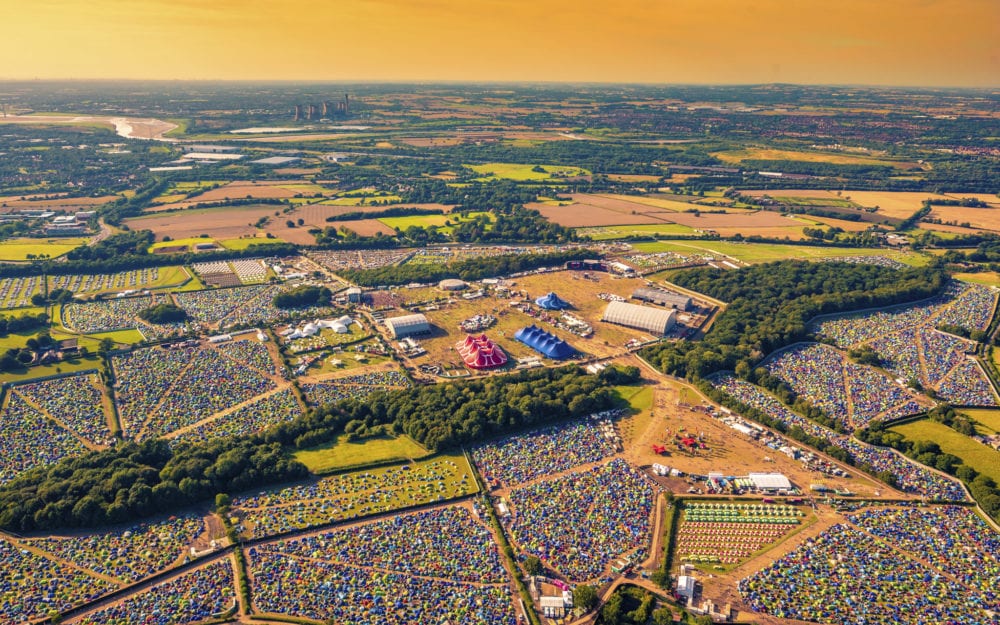 It’s the 25th anniversary of the famous dance music festival and organisers have made sure the silver jubilee event is going to be a good one. Pulling out all the stops means festival goers to the event at Daresbury – on from Thursday, August 25 to Sunday, August 28 – can expect to see an amazing line-up which includes (wait for it!): Eric Prydz who brings his HOLO show, Alesso, Becky Hill, Fatboy Slim, MK, Idris Elba, Scooter, Charlotte De Witte, Example, Jax Jones, Chase & Status (DJ Set), Joel Corry, Sonny Fodera, Dimitri Vegas & Like Mike, Pete Tong, Kolsch, Paul Oakenfold, Skepsis, Solardo, Yousef, Paul Van Dyk, Will Sparks, Syreeta, and oh so many more. 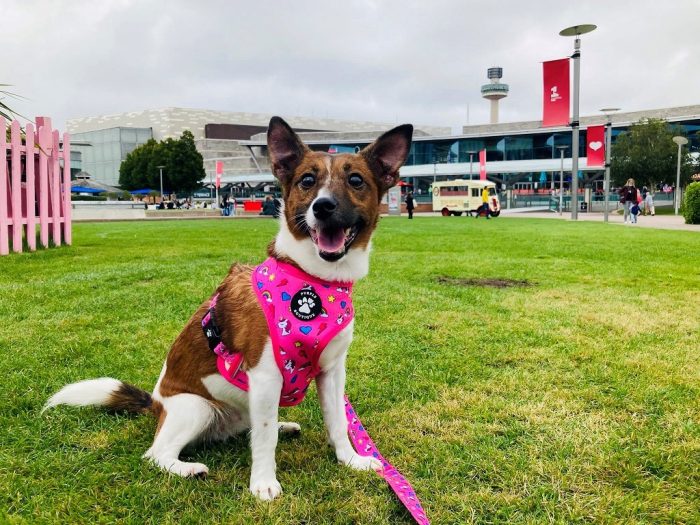 Radio presenter Leanne Campbell is hosting the Liverpool ONE Dog Show when it returns to Chavasse Park on Sunday, September 11. It’s a great family event with competitions like Cutest Puppy and Waggiest Tail judged by a panel of doggie experts. There’ll be plenty of prizes and tons of fun.

The fab award-winning theatre festival is back for a third consecutive year from Wednesday, August 31 to Sunday, September 11. The action will once again be focused on the festival hub, the iconic St Luke’s Bombed-Out Church, with drama, comedy, opera, cabaret, musical theatre, children’s shows, and more, filling a jam-packed programme. Tickets are already on sale for a number of shows including the opening show, I Wish My Life Were Like A Musical; a visit by Laughterhouse Comedy on Friday, September 2; You’ll Never Walk Alone, a drama based on the Hillsborough disaster on Friday, September 9, and Looking For Me Friend – The Music of Victoria Wood, on Sunday, September 11. Scouse Ma is coming back with her another fab night and, this time, everyone is welcome for Scouse Ma’s Battle of the Sexes. She’ll be joined by Andy Locker, Jack Bennett, Kaci Lynch and Vicki Scott and there’ll be games, prizes, live entertainment, and those Naked Butlers, at Ten Street Social on Saturday, August 27, when everyone’s fave ma holds court. 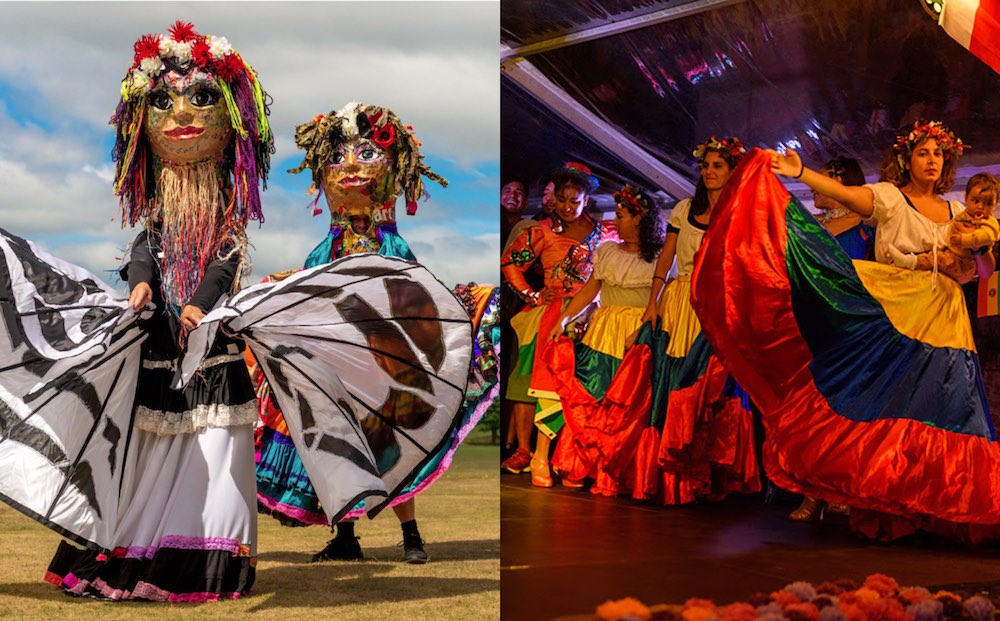 Arts organisation LUMA Creations is celebrating Latin American Arts and Culture with La Feria, a four-day festival of dance, musical performances and activities. It kicks off on Thursday, September 23, with ‘Music of the Americas’ at District in the Baltic Triangle, featuring Latin American Lucas Music Award winner Angelica Lopez and her eight-piece band, along with Liverpool groups, LUMA Quintet, and Katumba Bloco – one of the leading drum ensembles in the UK. There’ll be dance at the Bombed-Out Church, and Liverpool Central Library will host a free family day of performance, workshops, stalls and exhibitions on Friday, September 24.

Closing La Feria on Sunday, September 26, will be a collection of street performances across Liverpool City Centre. 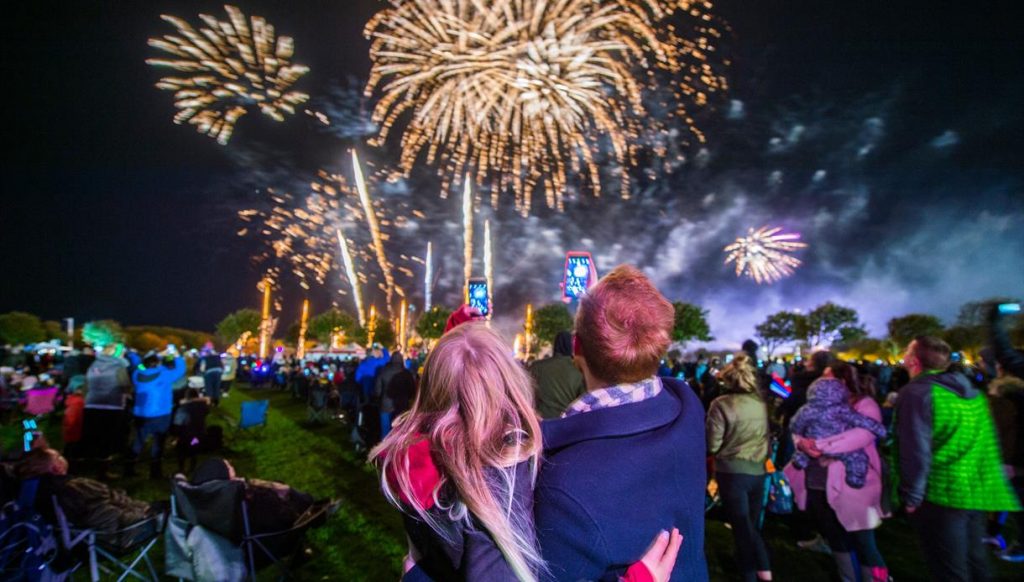 Southport’s British Musical Fireworks Championships is back with a bang! The three-night festival runs from Friday, September 23 to Sunday, September 25, in Victoria Park, Southport, with fireworks fired to music for the most spectacular fireworks displays and pyrotechnical experts competing to win the coveted first prize. 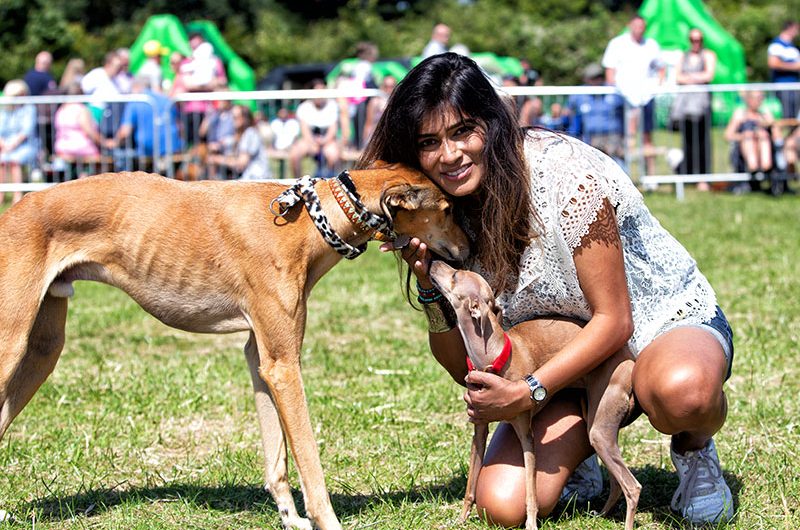 The Mowgli Dog Fest will open its doors at Claremont Farm on Saturday and Sunday, September 10 -12. The event, which last year raised £43,000 for Clare House Children’s Hospice will have canine competitions, great local food, and drink and craft stalls, as well as live music, funfair attractions and children’s activities. The Main Arena will be hosted by Jonny Bongo of Bongo’s Bingo along with Heart Radio’s Adam Weighell. Again, this year, all profits will go to Clare House.

MORE - August Bank Holiday fun in Merseyside, whatever the budget