12 year-old Scouser wows the crowds with dream Champions League Final gig - The Guide Liverpool
Contact Us Advertise with The Guide Our Video Services Follow us: 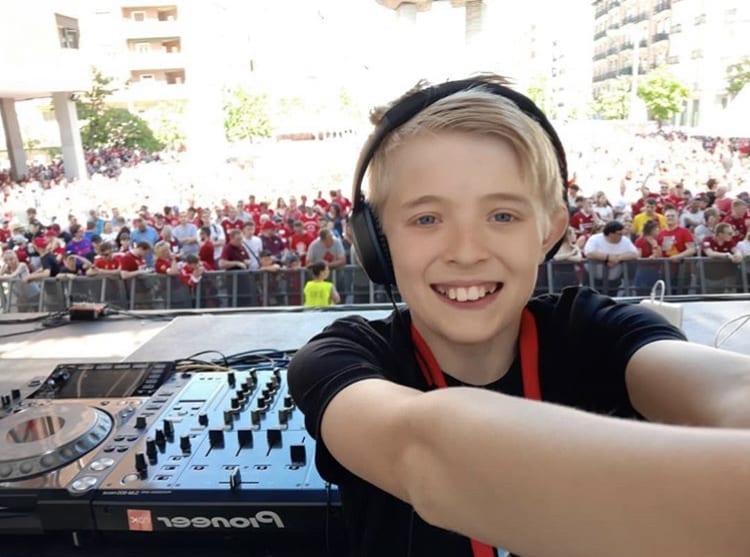 It’s safe to say anyone who travelled to Madrid for the LFC Champions League final had a memorable weekend, but for one budding DJ, it was a weekend that will go down in history for another reason.

12 year-old Harrison Mcdonald first took to the decks just a year ago and he spent last weekend spinning tunes for more than 40,000 LFC fans in Madrid.

With encouragement from his dad, former Garlands Promoter, Barry McDonald, Harrison has become the most in-demand DJ on Merseyside. Following on from Dj-ing at a kids party at TIA Anfield Road, LFC-mad Harrison was approached by BOSS Nights’ Shaun O Donnell to join Kieran Molyneux and Jamie Webster  in Barcelona at the Champions League Semi Final – to an audience of more than 2,500 people.

His confidence soaring, Harrison, who’s eclectic music taste and boundless energy has won over fans of all ages, was hopeful of a second gig in Madrid. As he and his dad secured their Champions League Final tickets his hopes we’re dashed due to timing arrangements. Until a phone call from LFC Entertainment Manager Tom Cassidy, made Harrison’s dream a reality. 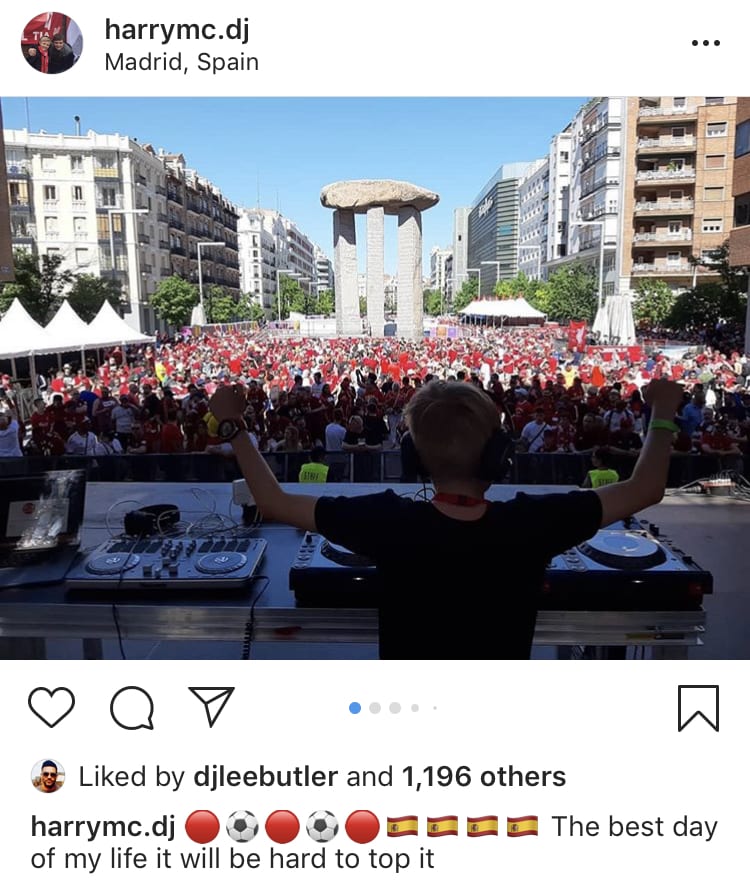 At 10:30 Harrison took to the decks with The Anfield Wrap’s John Gibbons by his side. 45 minutes later, as Kungs ‘This Girl’ rang out there was close to 50,000 chanting in the crowd. Harrison also got to meet lots of famous faces including Chelsee Grimes, John Barnes, Gerard Houllier and Cast frontman, John Power.

Asked how Harrison’s return to school has been since his unbelievable half term, Barry said: “He’s absolutely shattered. A big group of us drove to Madrid and back in a Winnebago so it was a long journey.

More: The Guide Liverpool gets a message of thanks from LFC boss Jurgen Klopp

“It’s not gone to his head at all. He’s just a lovely kid, I know everyone says that but at parents evening at his school, St Margarets his teachers say how much of a nice boy he is. His music plays such a huge part of his love for LFC. Harrison’s ultimate gig now would be to DJ at Anfield.”

Before hitting the big time Harrison has been busy DJ-ing around Liverpool. Locally he’s played lots of private parties and events, including the odd 80th birthday celebration. Mixing indie tracks with disco belters and a bit of classic house, he may have only been on the decks for 18 months, but he’s definitely a natural.

What’s next for Harrison? How do you top a gig at the Champions League Festival? Well future gigs include a possible appearance at Manchester Pride’s main stage and Ibiza venues are lining up to book him for the summer. The icing on the cake has to be an amazing sponsorship deal from MetQuarter-based Kids Cavern! 2019 is looking like its Harrison’s year!