13 Things You Must Do at International BeatleWeek 2016! - The Guide Liverpool
Contact Us Advertise with The Guide Our Video Services Follow us:

13 Things You Must Do at International BeatleWeek 2016!

Home › Beatles › 13 Things You Must Do at International BeatleWeek 2016!

International BeatleWeek 2016 is in full swing and our Dale has a full run down on what to expect.

This will be my third year of enjoying the world famous International BeatleWeek in our great city. The first time I ever went to The Beatles Convention at the Adelphi I was like a kid in a sweet shop!

I bought packs of stickers, I bought vinyl records (I didn’t even have a record player) and I bought a Beatles wig and ended up heading home drunk still wearing it! The year after was even better, I got to meet some of the worlds biggest Beatles names such as Pattie Boyd and Bob Gruen.

I even got to dance with John Lennon’s sister, Julia Baird, while listening to the amazing and world famous Mark Hudson perform Rod Stewarts “Hot Legs” (It was miles better than the original!)

It’s a special week for the city, none more than Cavern City Tours who organise it and put so much effort into making it a success. But what can we expect this week? Here is your guide to what will be happening this year that hasn’t happened previously. 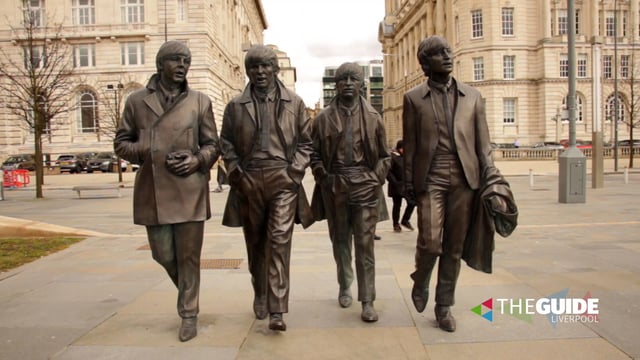 Last year, the Beatles statues that are now an iconic part of the Pier Head were not there. This year at any given time you will have seen tourists flocking around these statues to get their pictures taken. These aren’t to be missed if you’re visiting!

While you’re at the Pier Head – Visit the brand new Pattie Boyd exhibition hosted by The Beatles Story. Pattie has commissioned some of the most intimate pictures of her time with George Harrison, The Beatles and Eric Clapton. My personal favourite picture is one of George stood in his garden in front of a full colour rainbow. It is incredible! 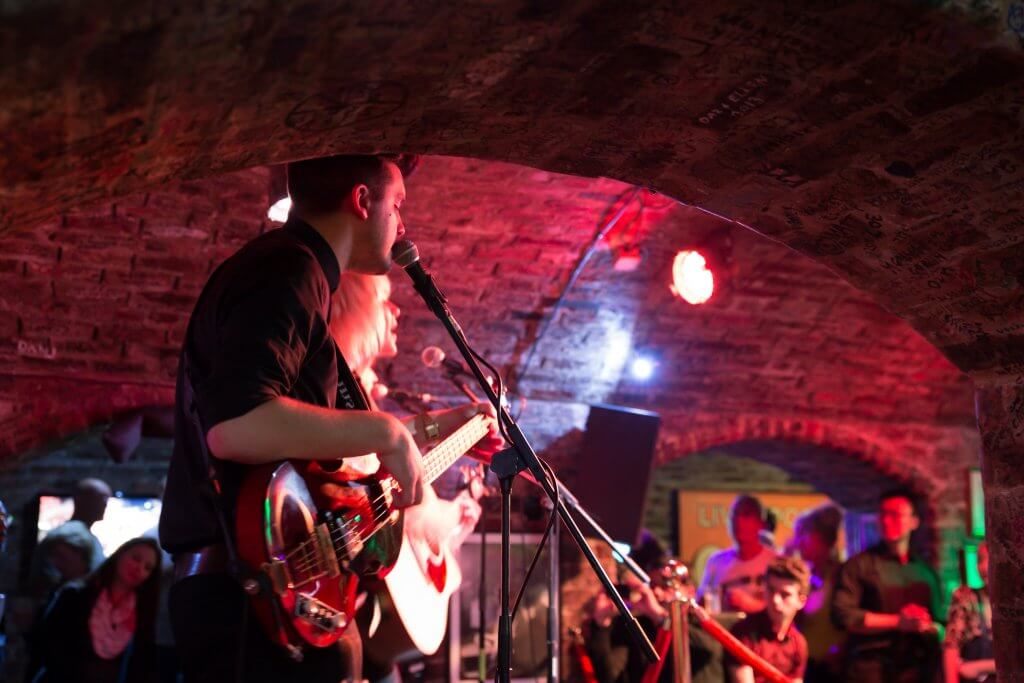 At 11am each day artists play until 2am in The Cavern Club, which is a hub of activity for Beatle Week. A special band to keep your eye out for are Them Beatles, who have been a resident Cavern band for a while and I consider them best Beatles tribute band I’ve seen! You can see them at 7pm in the Cavern Club on Friday.

If you have never been to the Cavern Club before, there are 2 parts to the club itself, the Main Stage and the Live Lounge. Across the road is the Cavern Pub, where there will also be bands performing every day until late. 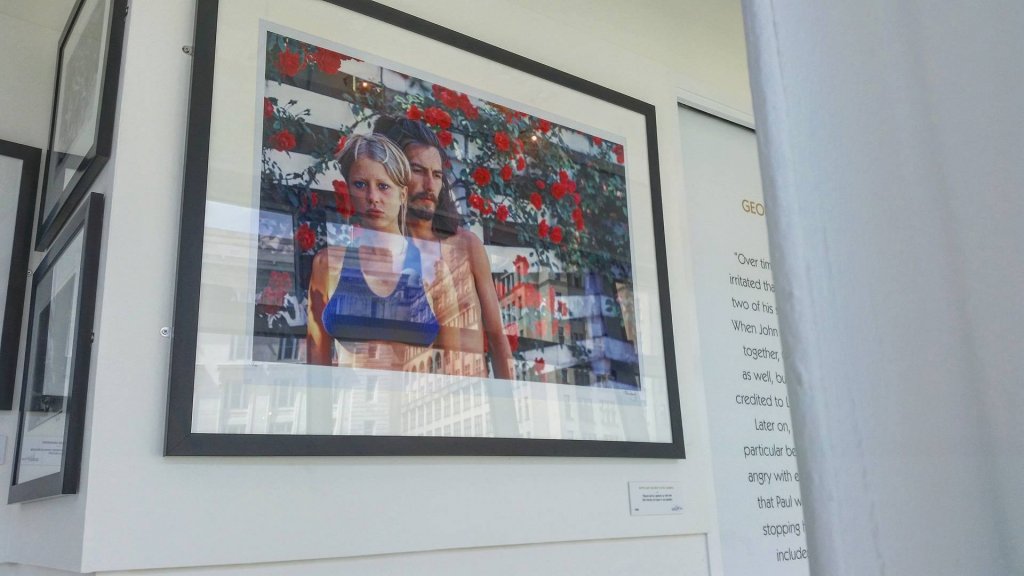 Pattie Boyd was famously the first wife of George Harrison. They met on the set of a hard day’s night, where she was an extra who had 1 line saying “prisoners?” Not to spoil the book that she will be signing, but they got together, got married and then Pattie ended up marrying one of George’s best friends, Eric Clapton. She was around for the duration of Beatle Mania and was part of The Beatles inner circle during that time.

She has the accolade of being the inspiration of 3 of the world’s greatest ever love songs – “Something” written by George Harrison and “Wonderful tonight” and “Layla” by Eric Clapton.

She will be at various locations, such at The Beatles Story, St Georges Hall and The Convention selling and signing her book. 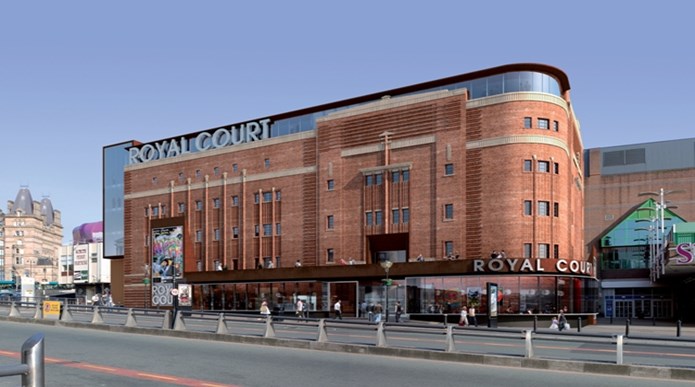 Newly refurbished, The Royal Court Theatre has quickly became one of the finest theatres in the northwest. For Beatles week they will be hosting four unique shows, if tickets are left it is time to snatch them up before someone else does! 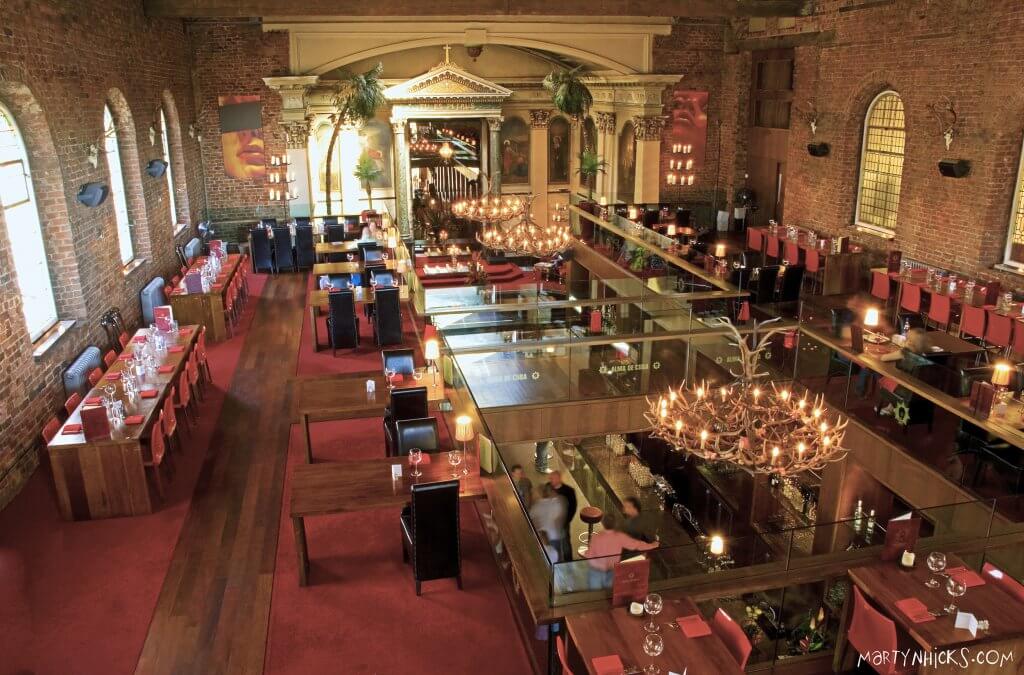 Often overlooked, Ringo Starr is a legend in his own right. This special event in Alma De Cuba will see Mark Hudson perform covers of Ringos hits. Mark Hudson is a world famous producer, working with some of the worlds greatest artists. Many of our current generation will remember him for being a vocal coach on The X Factor, helping Sharon Osbourne and her team.

A fun fact is that he also wrote “It’s Chico Time” for, you know… Chico. 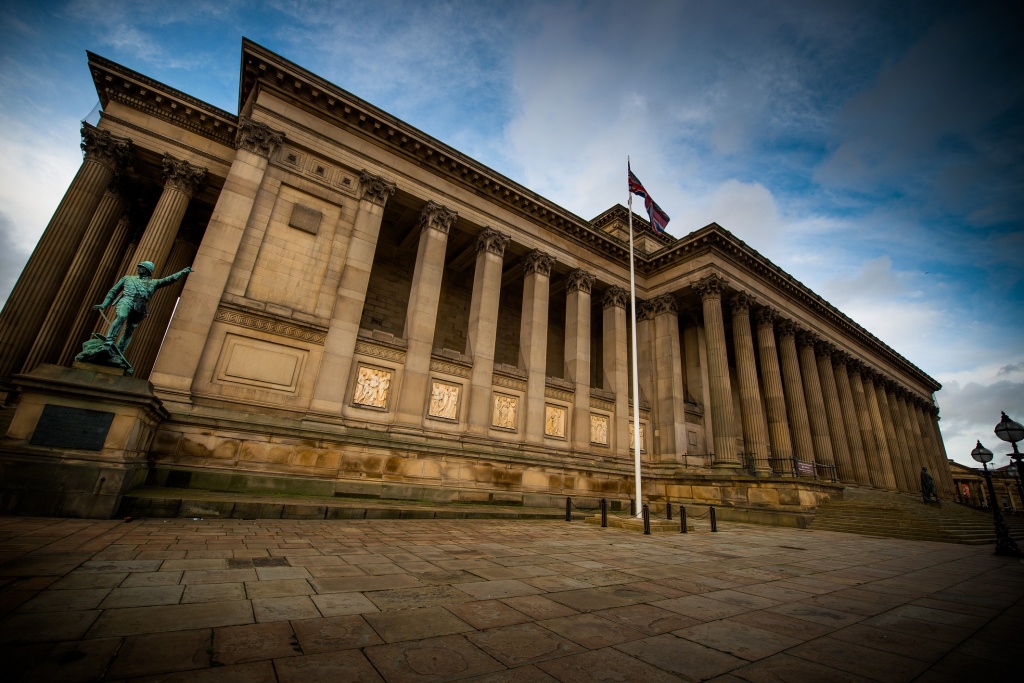 This year there will be a special concert for George at St Georges Hall. This will be featuring Paul Jones who is part of The Cavern Club Beatles, another of the clubs resident bands, as well as Rick Alan who is a BeatlesWeek veteran.

If you have never visited St Georges Hall before and you are new to the city, be prepared to see one of the finest buildings in the UK. Its architecture is rarely surpassed and it is a popular landmark in Liverpool. 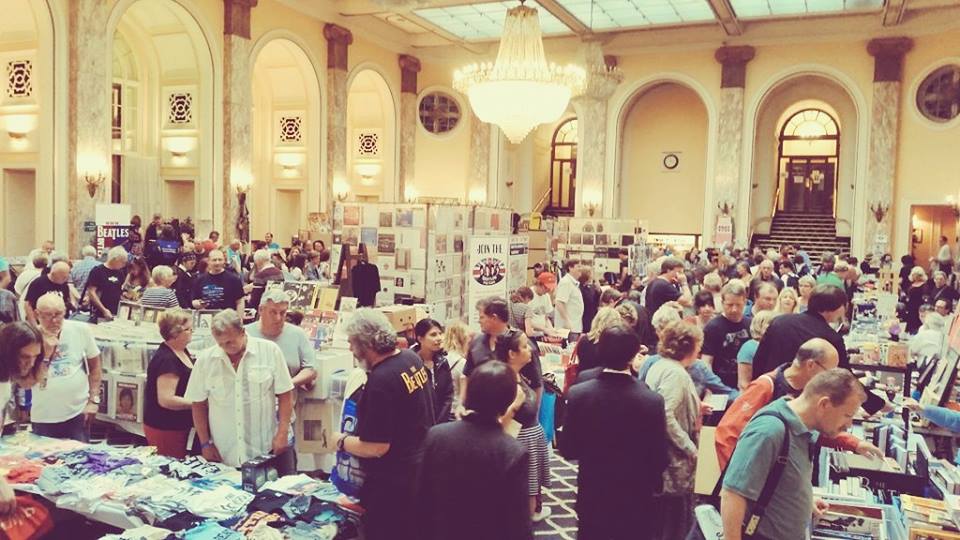 The Adelphi Hotel on Sunday will host the biggest Beatles convention in the world! In the main hall you will see a wealth of tables lined up, some with the most valuable of Beatles vinyl records and memorabilia. In the side room you will see more of the same. You will also see a stand with clothes, put on by Beatwear.

You will get to see legends like Pattie Boyd, Klaus Vormann, Mark Hudson, Mickey Dolenz and Jurgen Vollmer. If you don’t know who they are, they are massive in popular music history, and well worth listening to!

The Adelphi in Full Swing 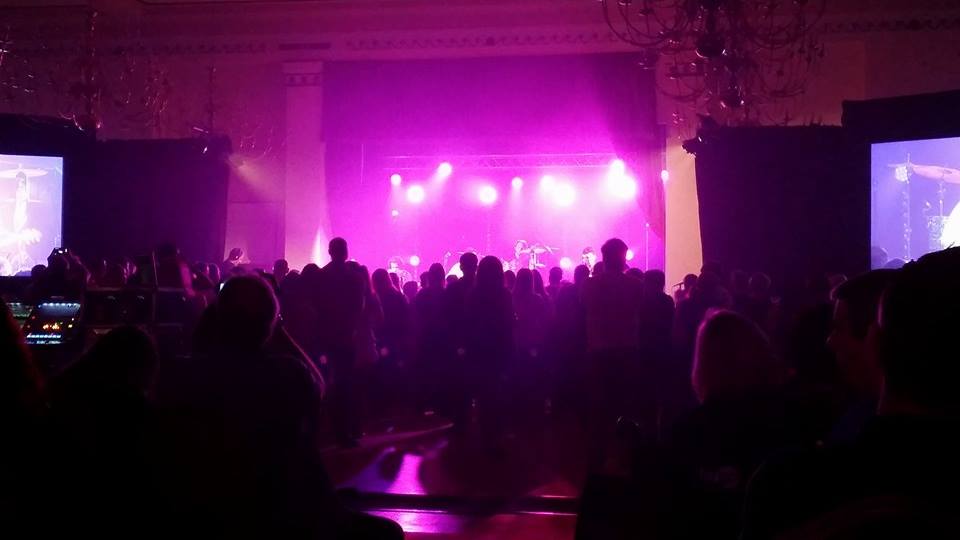 On Friday, Saturday, Sunday and Monday night – You will be able to enjoy live music from some of the world’s greatest Beatles tribute bands. This will be on 4 different stages throughout the Adelphi Hotel. Most people here are tourists who have travelled just for this occasion, so you know for a fact that it will be special!

On the Sunday night the Adelphi will host their all-nighter, where throughout the night there will be live tribute bands performing until 6am!

If you don’t know anything about the 60s just know this – The Beatles changed the world during that generation. In them short years they were dominating, they inspired countless others with their style and music. None more so than The Monkees – You know, the guys who sang “I’m a Believer” and “We’re the Monkees” – them guys.

Mickey Dolenz is a legend of popular music and is well worth seeing this Beatles week. 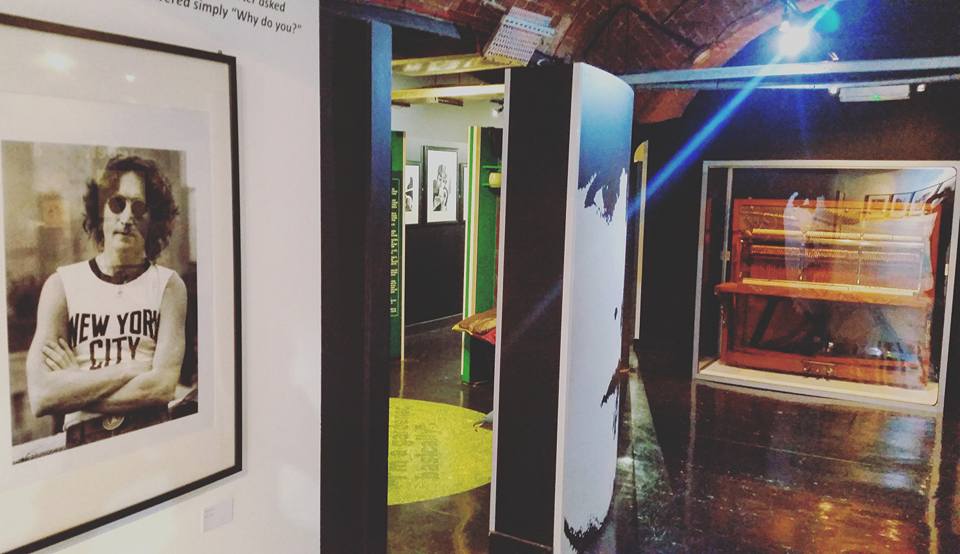 The Beatles Story is one of the most visited attractions in Liverpool and is a central part of our thriving tourism industry. Since last year, the Beatles Story added to its fine collection of memorabilia a John Lennon piano that is truly astounding. He recorded Walls and Bridges and Double Fantasy on it and was said to have been playing it on the day that he died. It was a studio piano that was known as Johns, because he loved the honky tonk feel that the piano gave.

If you haven’t been, I won’t list the memorabilia, but if you have been before expect to see the place a little different. Having its Abbey Road section updated and a special “Let it be” room added too. Who knows, there may even be one or two famous guests signing books in their Fab Four Café too? 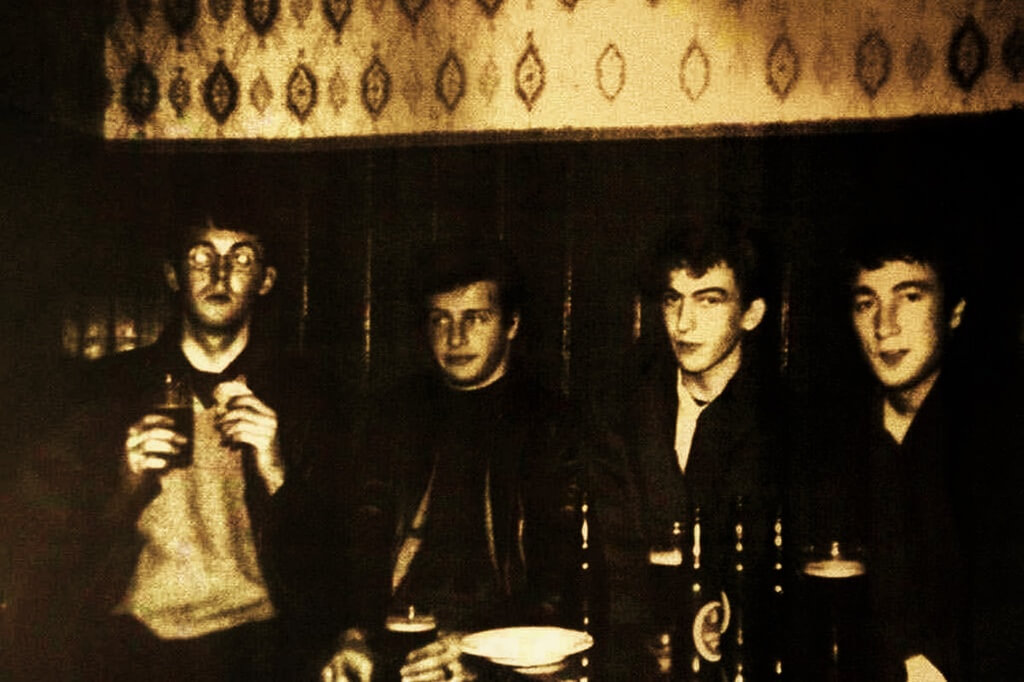 Earlier in the year I wrote one of The Guide Liverpool’s most popular posts. To summarise, there are many pubs that claim to have had the Beatles as their regulars – There are also a few who are known through the Beatles own mouths to have meant something to them. Make sure you look at this post and visit pubs such as Ye Cracke, The Phil, The Raz and The White Star! More details here. 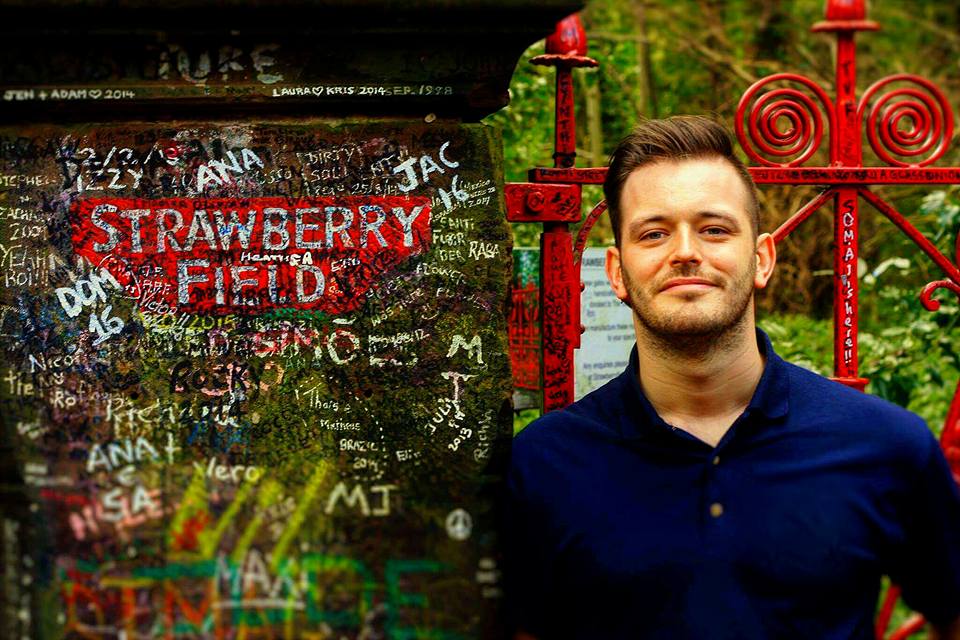 Expect the tour to be busy, on BeatleWeek there is always lots of demand to see the childhood homes of John, Paul, George and Ringo – but what a great week to see them on! On the magical mystery tour you are taken on a live guided tour to the places that meant something not only to them, but to the world of popular music eventually. John and Pauls houses are now owned by the national trust, while George and Ringos humble upbringings will make you proud at how far a group of Scousers could come. Make sure you see it, and read this review before you do. 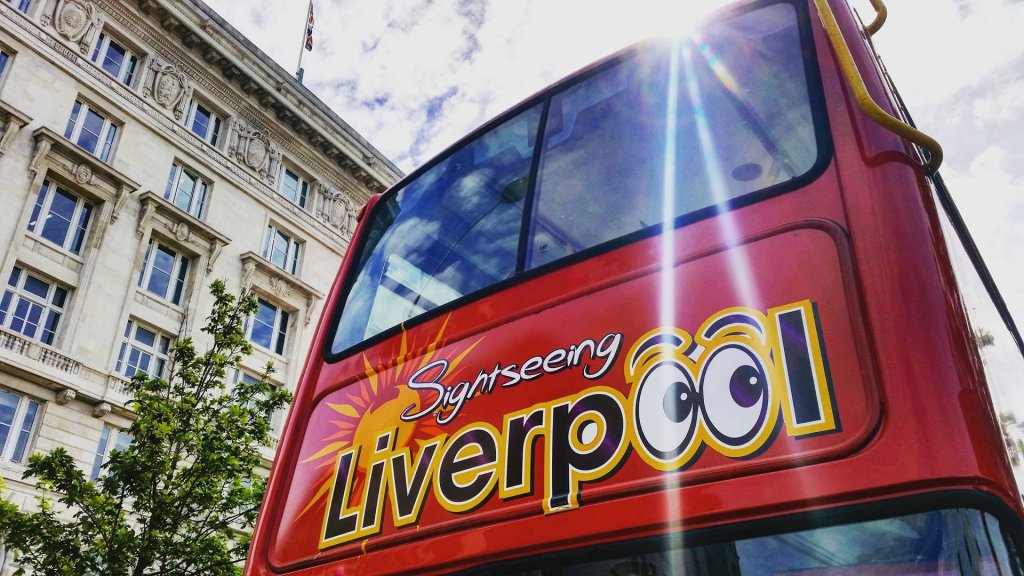 If you are wondering how to get around the city to see all this, Liverpool City Sights operate the only multilingual tour bus in the city. They stop outside The Cavern Club, The Adelphi Hotel, The Beatles Story (At both the Albert dock and the Pier Head) and they even take you down to the Philharmonic Pub, which is where you can start your Beatles Pub Crawl! All with a 24 hour ticket…