17 of the best shows coming to Liverpool Theatres in 2019 - The Guide Liverpool
Contact Us Advertise with The Guide Our Video Services Follow us:

17 of the best shows coming to Liverpool Theatres in 2019 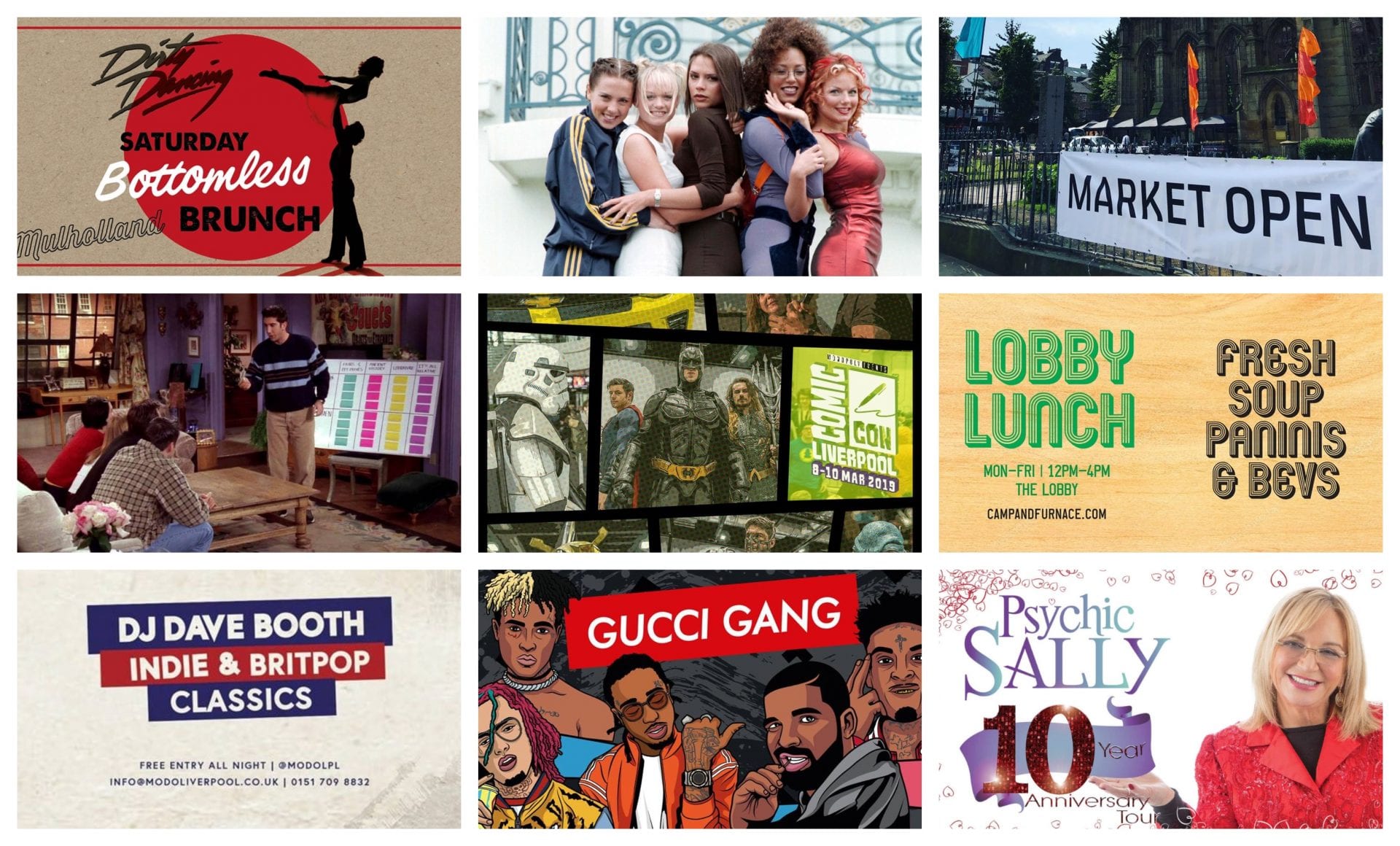 Whether it was pantos or rock concerts, Liverpool put on an amazing showcase of entertainment throughout the city this year.

Though with a new year comes a whole new array of performances at Liverpool Theatres to indulge yourself in and 2019 is set to be a banger. We’ve saved you the hassle and compiled a list of the biggest and brightest shows to look out for, think of it as a Christmas gift from us to you, from wicked sharp tongued drag queens, to heart wrenching musicals and the hottest strip show in town.

Here’s 15 of the biggest theatre shows coming to Liverpool in 2019….

Girl on the Train, Everyman Theatre

11th – 16th March 2019. Based on the number one selling novel, this thrilling mystery delves into the disappearance of a stranger which quickly snowballs and reveals much deeper secrets. An intense and true adaption of the story that gripped the world. Tickets here.

Beauty and the Beast, Epstein Theatre

25th January 2019. Tale as old as time, Beauty and the Beast is a Disney classic with a back catalogue of tracks from ‘Be Our Guest’ to ‘Belle’ that’ll get your child singing. An array of bigger than life characters, wonderful script and an enchanting plot, this show is perfect for all ages. Tickets here. 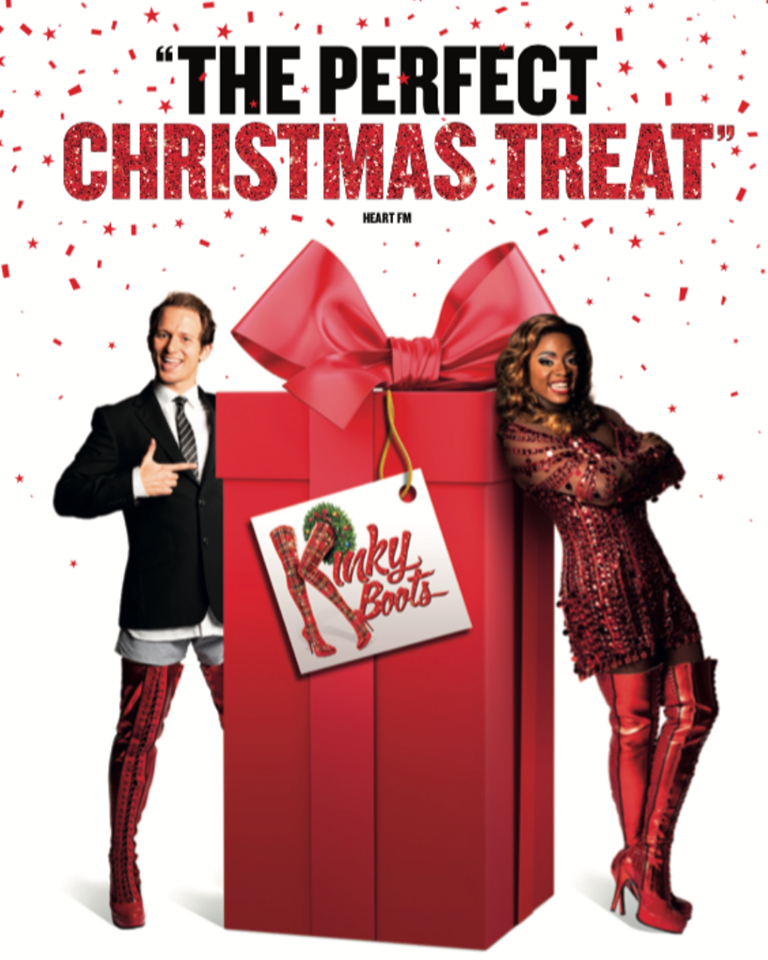 25th March – 6th April 2019. The campest cabaret you’ll see, Charlie has the task of keeping his business open and decides to do so by making fabulous high-heeled boots with the help of drag queen Lola. Comedic, camp, crass and hilarious, Kinky Boots is a British classic based on true events you can’t miss. Tickets here.

25th February – 2nd March 2019. Based on the Alfred Hitchcock thriller, A Lady Vanishes follows the train journey of socialite Iris and Miss Froy, who mysteriously disappears while all the other passengers deny even seeing her! Tickets here.

12th April – 18th May 2019. The Demon Barber of Fleet Street slashes his way through the macabre musical of love, power and vengeance. The show spanning decades is still as cutting as it sticks to the gory, Sondheim origins it came from. Chaotic and twisted, this thriller isn’t for the faint of heart. Tickets here.

26th February – 9th March. The woman, the voice, the love story! The Bodyguard is brought to life by none other than Alexandra Burke at the Liverpool Empire Theatre in 2019. Relive the iconic soundtrack and watch the Queen of the Night, rock the stage. Tickets here. 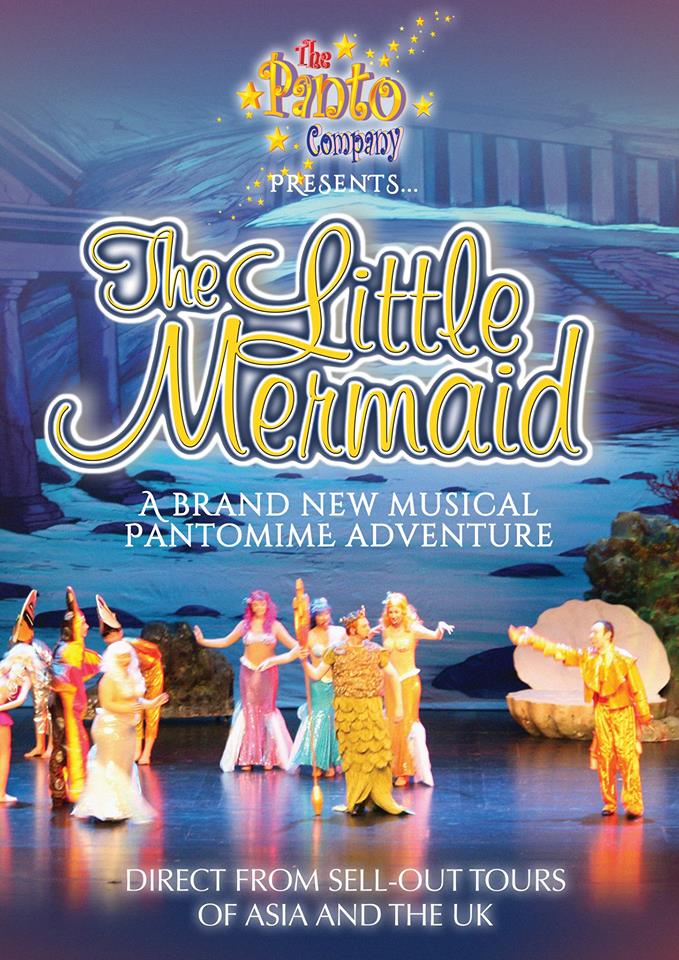 22nd February 2019. Ariel the mermaid princess takes centre stage in a classic retelling of the musical about a girl finding her feet. Fooled by the evil sea witch Ursula, Ariel and her friends try to get the princess’s voice back and unite with her prince charming who is an entire world apart. A fab Feb half term treat. Tickets here.

Around the World in 80 days, Everyman Theatre 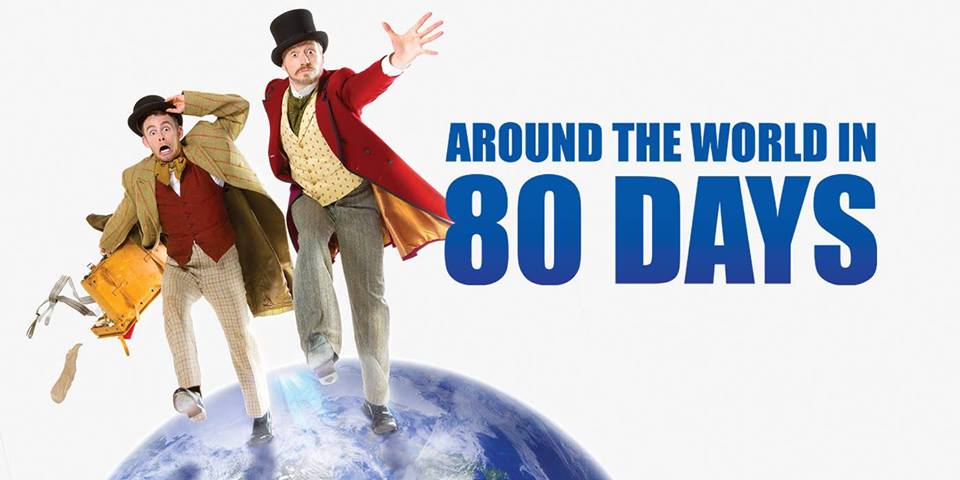 17th April – 20th April 2019. Based on the most preposterous bet ever made, Phileas Fogg is challenged to, you guessed it, travel around the world in 80 days. With only him and his companions, Fogg accepts the challenge in an attempt to grab a hefty £20,000 wager. Tickets here. 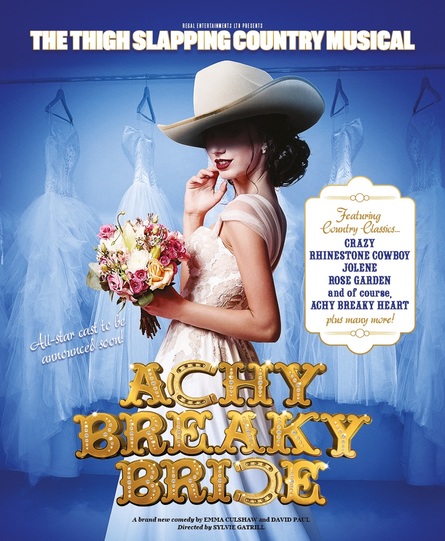 4th-8th June 2019. Oh hey Jolene! If you love a bit of country, this is the show for you in 2019. St Helens Theatre Royal welcomes Achy Breaky Bride in June and friends Sue and Jolene work 9-5 to make it down the aisle. Dolly will be so proud! Tickets here. 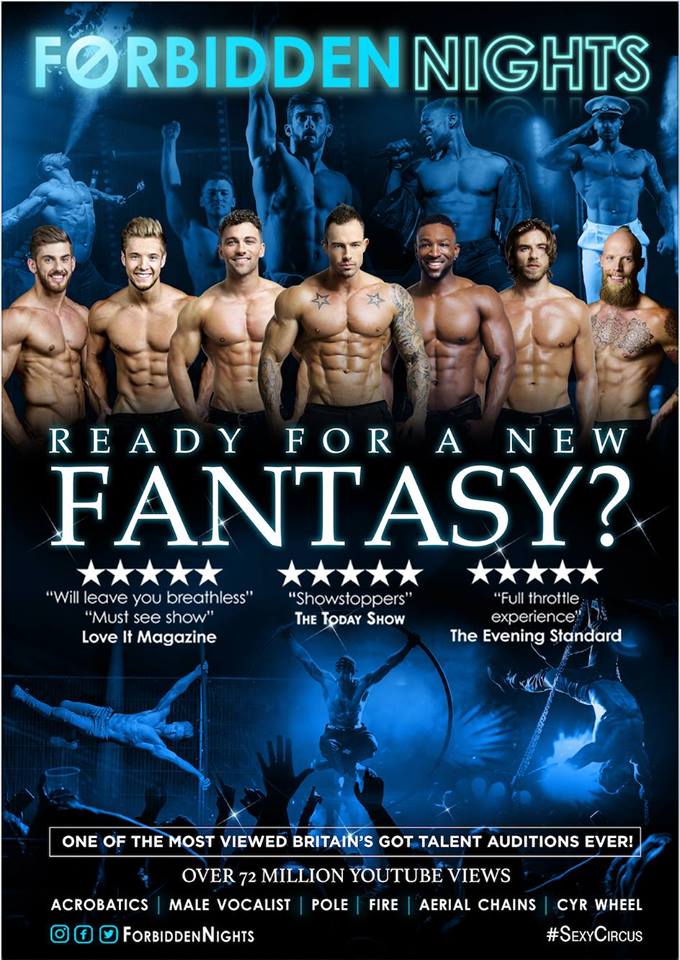 21st March 2019. Leave the boyfriend at home and treat yourself to an evening of provocative and eye-bulging male dancers that come in a range of sizes. The ultimate strip tease backed by talented circus performers, acrobats and fire acts, this could be the start of a sizzling summer! Tickets here. 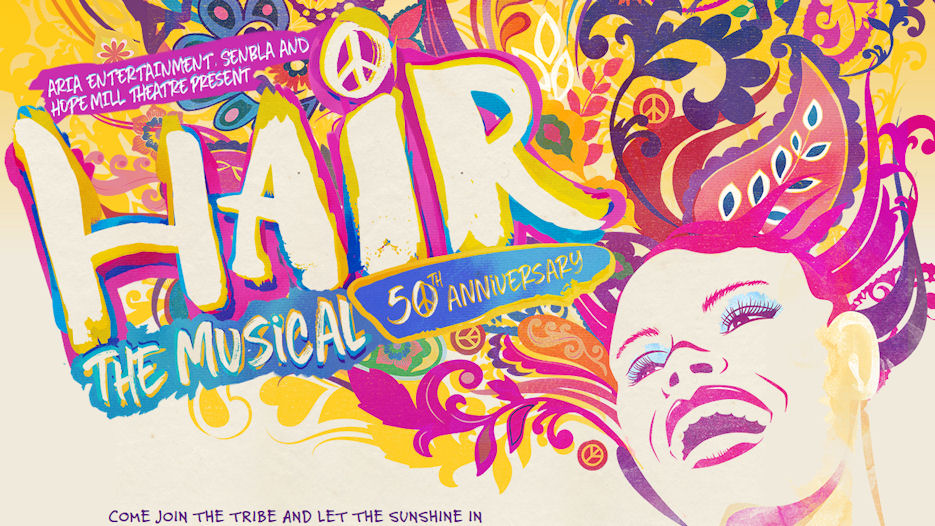 20th May – 25th May 2019. A group of free-spirited hippies fight the power and take on the conservative lifestyle and conscription during the Vietnam war. A rock musical born from the 60’s sexual revolution, this rough around the edges musical breaks new ground with its emphasis on music, drugs, sex and rock n’ roll. Tickets here.

10th May 2019. There’s no subject off the table at Hormonal Housewives, so get the girls together and prepare to nod your way through the hot topics of life as a 21st century woman. Join the Hormonal Housewives for a hilarious night of weight gain, weight loss, mood swings, moody teenagers, men, Zumba and more. Tickets here.

The Wizard of Oz, Epstein Theatre 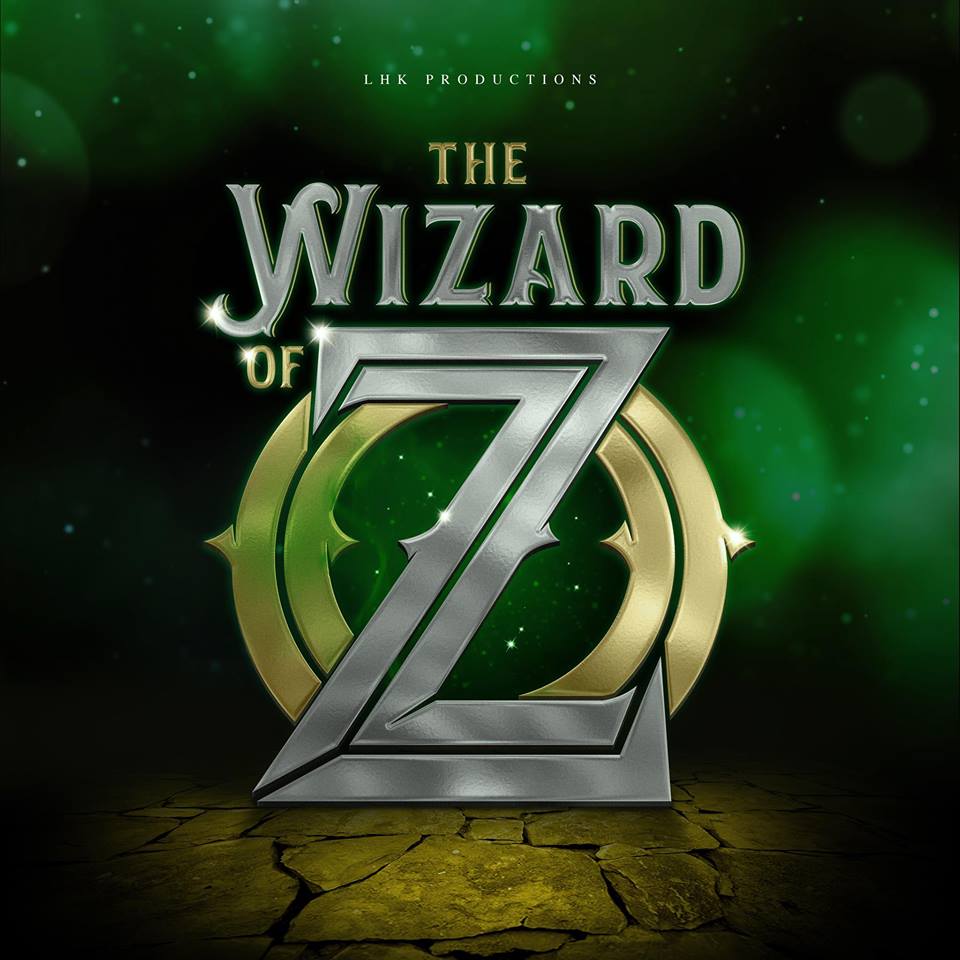 11th April 2019. Oh my! Dorothy and Toto will be making their way down the yellow brick road to the Epstein for a camp take on the movie classic. From the same production team that brought us Snow White and Peter Pan, this promises to be better than any gift the wizard could offer. Tickets here. 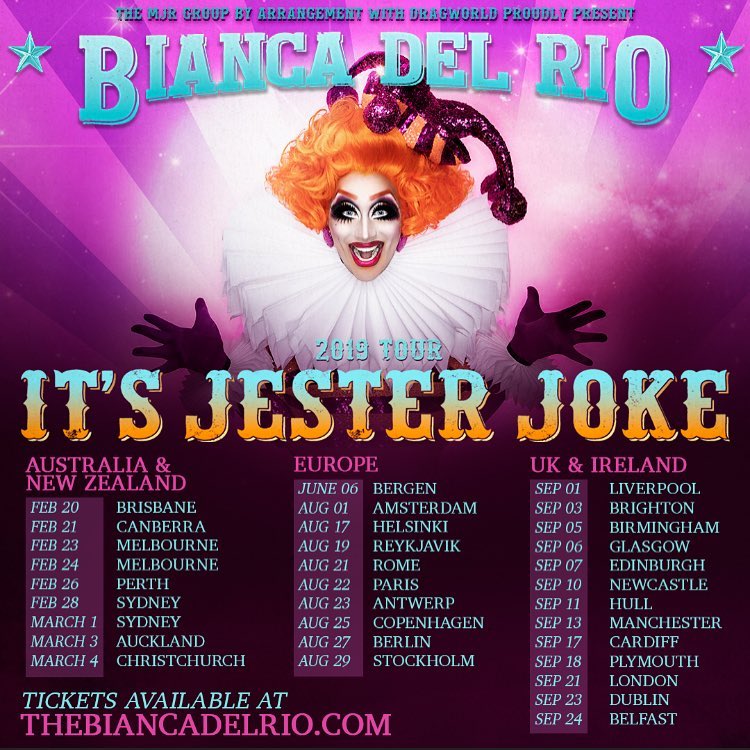 1st September 2019. The crass and razor-sharp clown of comedy returns to Liverpool for her biggest show yet. The rudest, wittiest and devastatingly dark humour Bianca throws at audiences will leave you offended, hurt and crying with laughter. Tickets here. 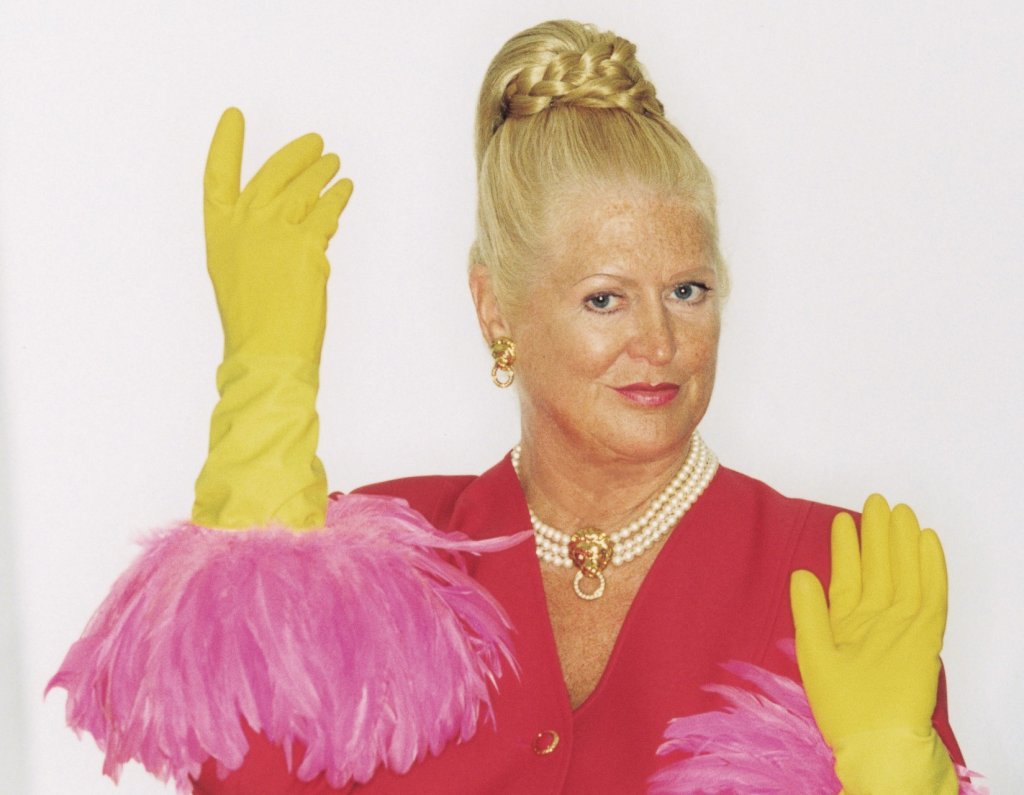 18th May 2019. Oh, don’t you start it’ll be a fantastic look and chat with the one and only diva of cleaning herself. A one woman show that’ll entertain and showcase the life of a modern cultural phenomenon even the most chicken-livered bunch will enjoy. Tickets here. 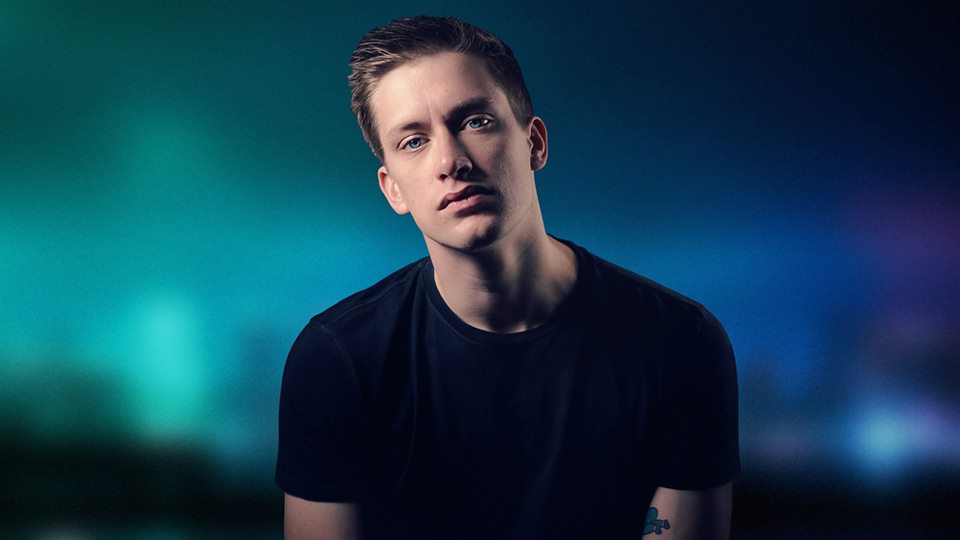 2nd June 2019. Snowballing into one of the biggest names in comedy and with a long list of Netflix specials and sold out shows to back it up, this Scottish lad is a powerhouse of talent. Razor sharp and crippling funny, this is one not to be missed. Tickets here.

21st November 2019. The original and biggest girl band in history, The Spice Girls Experience get ready for a high-kicking girl-power fuelled homage to the girls that pack a punch. Spice up your life by joining a fabulous cast of dancers, singers and performers in a night of signature routines that would even make Posh smile. Tickets here.