2020 time capsule unveiled at Royal Liver Building - The Guide Liverpool
Contact Us Advertise with The Guide Our Video Services Follow us:

A stunning time capsule has been unveiled at the world-famous Royal Liver Building.

The capsule commemorates the historic year of 2020 and includes memorabilia from the Black Lives Matter movement, a copy of the Brexit Bill, commemoration of NHS work and support, Personal Protective Equipment (PPE), a vaccine vial and sporting memorabilia.

A Liverpool FC shirt signed by the Premier League winning team, a model of Everton FC’s proposed new stadium at Bramley-Moore Dock, signed boxing gloves from Tony Bellew and a copy of the Liverpool ECHO from the day lockdown came into force on March 20 have also been added.

The capsule itself is a large model replica of the historic Royal Liver Building and will be on display to the public as part of the RLB360 attraction with immersive graphics and interesting signage surrounding it to inform visitors further about the items inside and their significance. 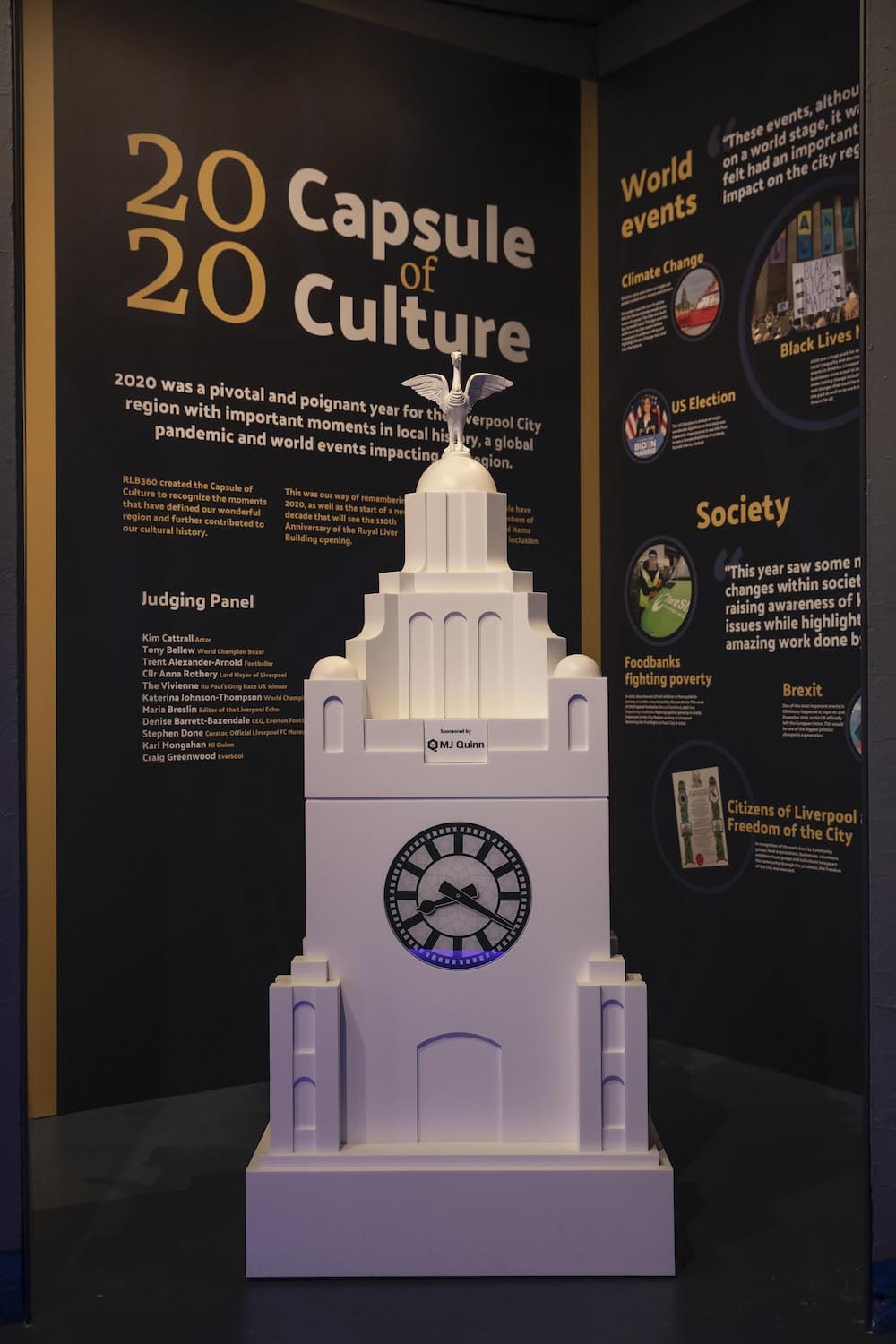 Bellew said: “2020 is probably the most significant year in living memory for people.

“It was a time where we came together as a city and showed incredible spirit in the face of a really difficult pandemic which damaged the lives of so many at the same time.

“The RLB360 time capsule is Liverpool’s way of marking the historic year and it will be really important to look back on in the future with everything that has been included.

“Particularly for me the Black Lives Matter movement being remembered is so important and this will teach the children of tomorrow about all the mistakes that have been made and how we can learn from them and improve for the future.”

A host of famous faces contributed to the time capsule and made up the judging panel to decide what should be included after members of the public and schools also submitted their ideas.

“This is a wonderful initiative and I was honoured to take part,” said Cattrall, who played PR vixen Samantha Jones in the hit TV show Sex in the City.

“It is a shame that I was not able to be in Liverpool for the launch but I am pleased that my suggestion of Liverpool FC memorabilia will be part of it.

“I’m looking forward to visiting the Royal Liver Building to see it when I’m next in Liverpool.”

The capsule will be permanently on display inside the landmark Royal Liverpool Building on Liverpool’s waterfront. 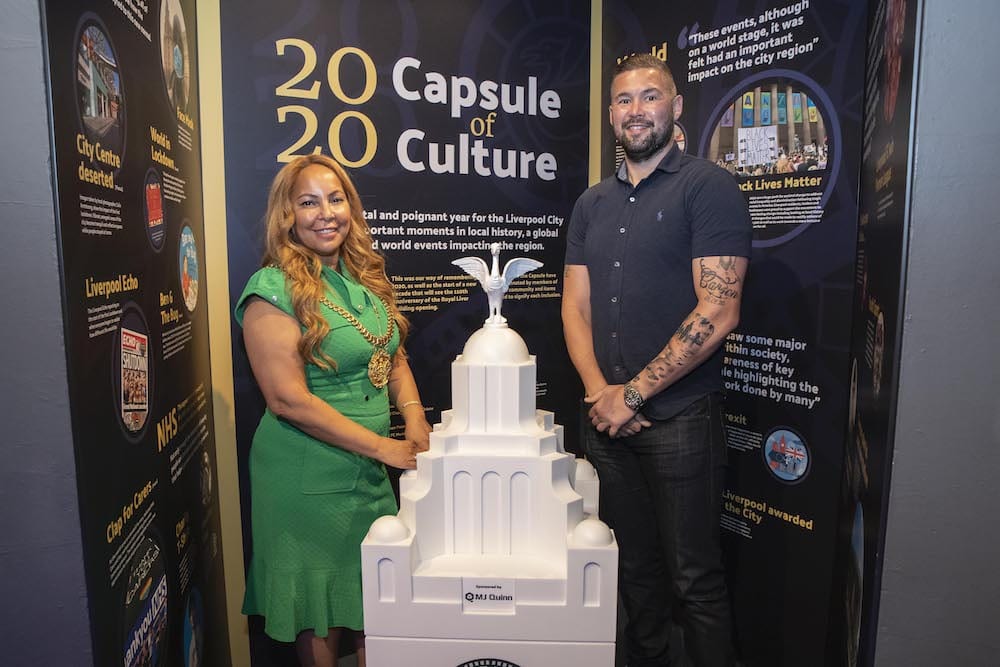 And Chris Devaney from RLB360 said:

“We were honoured to have Hollywood stars, icons and legends from both Liverpool FC and Everton FC, world-famous celebrities and sports stars all involved in putting the time capsule together before helping to open it too.

“It marks the closing of one decade and the opening of a new one and commemorates what has been one of the most significant years in world history.

“The Black Lives Matter movement, the devastating bushfires in Australia, a historic American presidential election and of course the Covid-19 pandemic and lockdown which engulfed the world means that 2020 will be forever remembered.

“We also bore witness to Brexit and ‘Megxit’, the 75th anniversary of VE Day and we’ve rightfully celebrated our frontline workers in ways that we have never done before.

“It was a pressing, pivotal and poignant year in so many ways.

“It was a year in which we all pulled together and there are so many examples of incredible gestures from people who’ve helped us all pull through.

“The Capsule of Culture will recognise global events of the year but also moving moments which have defined our country and contributed to our cultural history.

“It will now be on permanent display in the world-famous Royal Liver Building.”