31 Things to do in Liverpool this October - The Guide Liverpool
Contact Us Advertise with The Guide Our Video Services Follow us:

31 Things to do in Liverpool this October 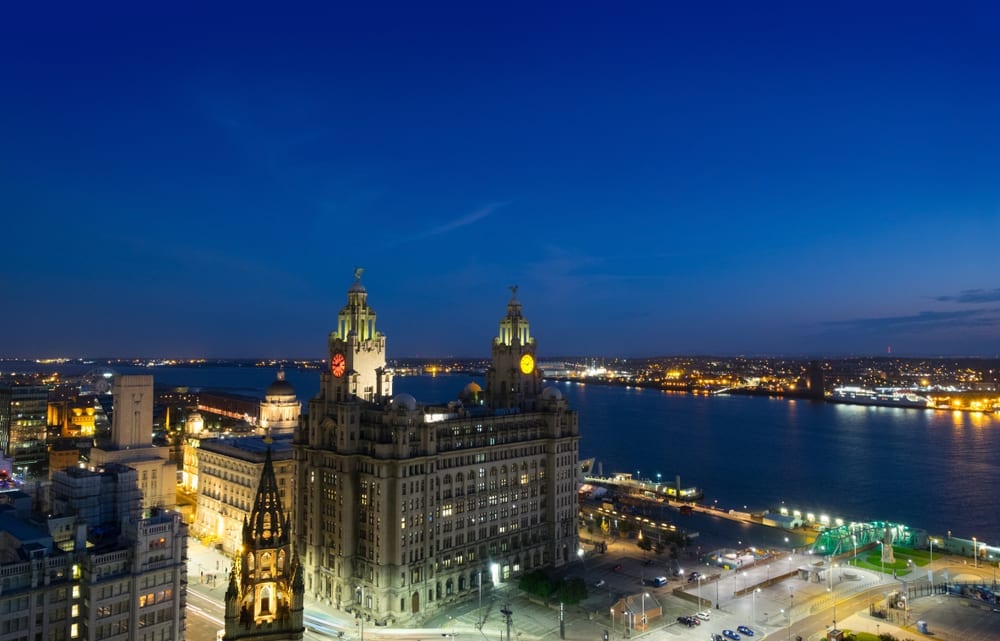 Home › Culture › 31 Things to do in Liverpool this October

October is to Christmas, what pre-drinks is a night out.

There’s so much to see and do in Liverpool this October and alongside some wicked Halloween events, there’s film screenings, gin festivals, freshers parties (what, even more?) and more live music than your ears can handle. From musicals to homecoming gigs from some of the city’s brightest music and comedy stars, family fun runs to Giants and ancient Chinese Warriors, there’s something for everyone.

Here’s 31 things to do in Liverpool this October….

Wandering the streets of Liverpool & Wirral for a 4 day Giant Spectacular, get 4th-7th October in your diary and click here to pick your spot along the route. 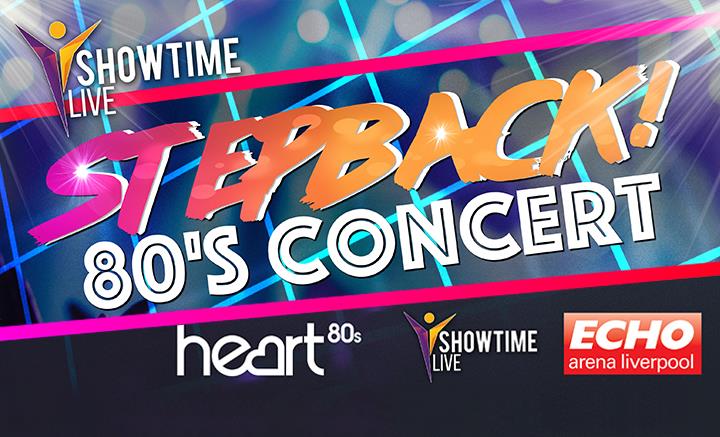 The StepBack 80’s Concert is bringing legends such as Tony Hadley, Paul Young, ABC and more to the Echo Arena on 28th October for a massive reminisce. Get your tickets here. 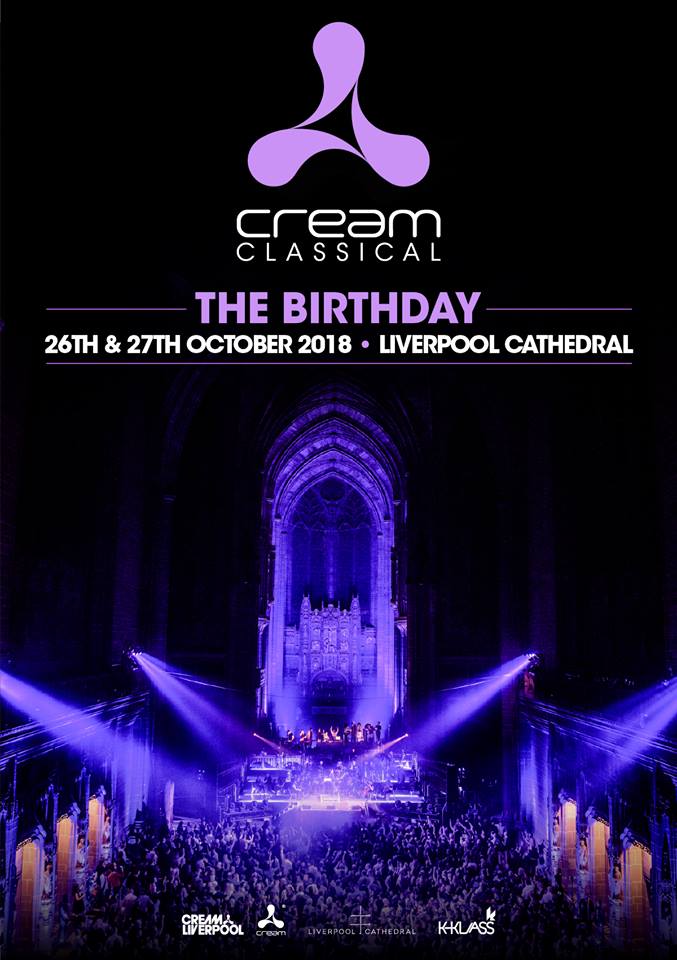 Following sell-out performances, Cream Classical returns to the stunning Liverpool Cathedral on Friday 26th and Saturday 27th October for a birthday celebration like no other. Click here for tickets. 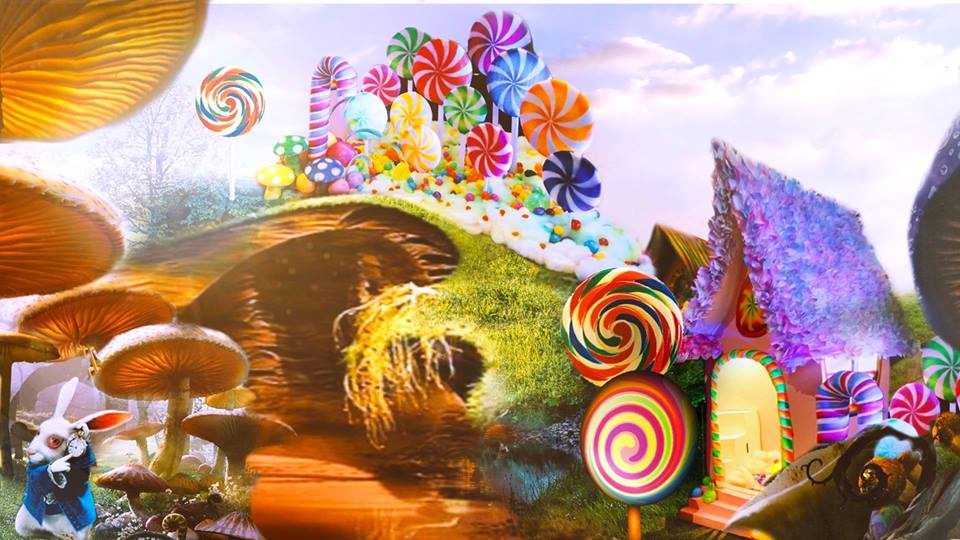 Hey choccie fans! Get yourselves down to Hinterlands at the Baltic on 13th-14th October and tuck into delectable confectionery, singalongs and family friendly entertainment! More info here. 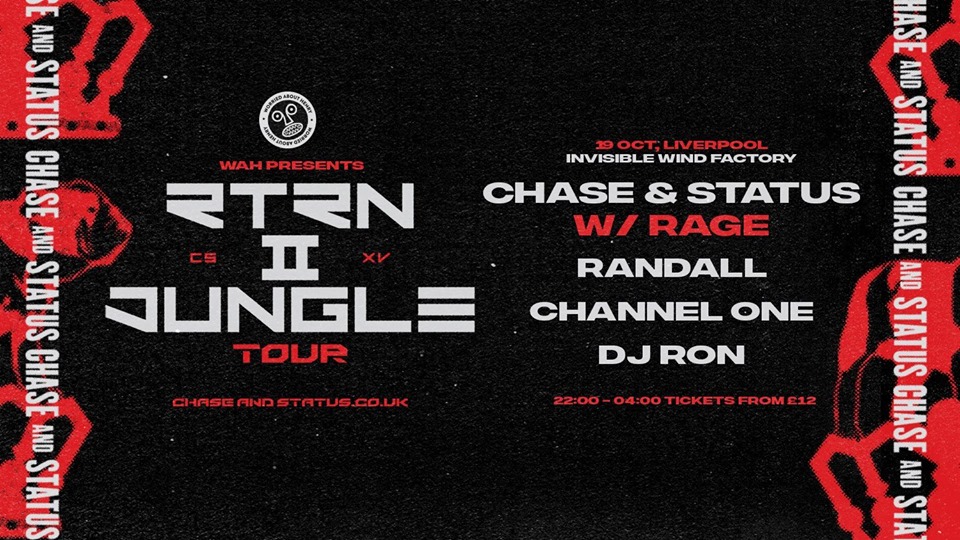 Chase & Status Return 2 Jungle UK Tour comes to Invisible Wind Factory, Liverpool with a HUGE line up! Get your hands on the last remaining tickets here. 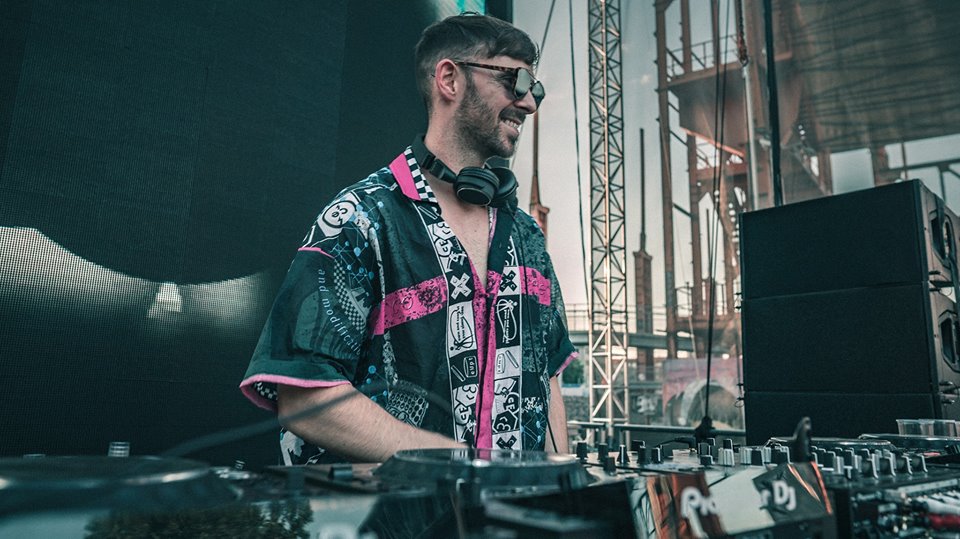 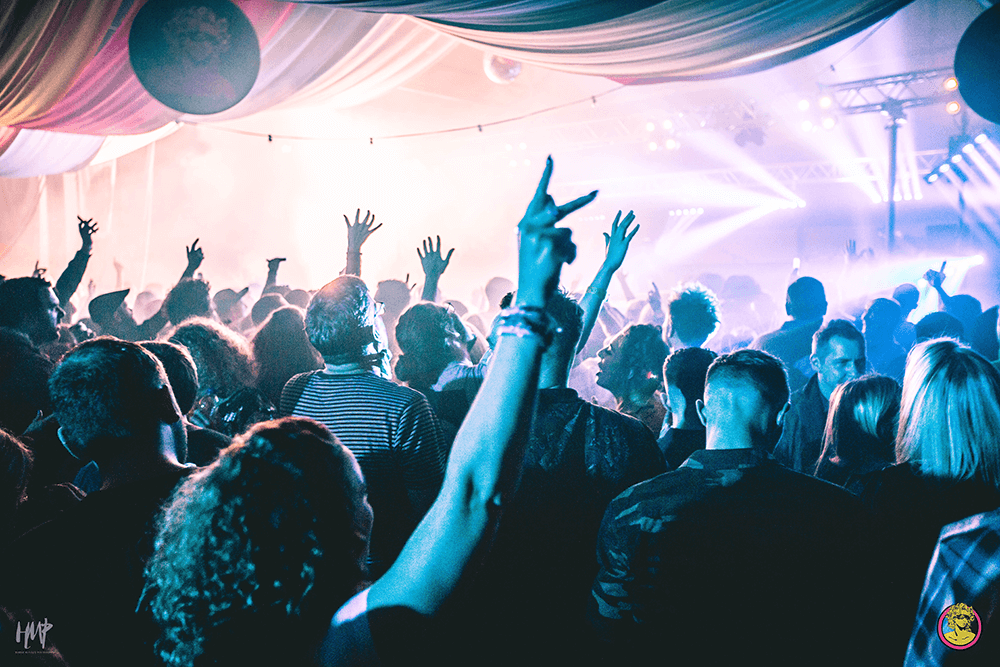 The NYC Disco diva that is Evelyn Champagne King performs her hits Love Come Down, I’m In Love, Shame, I Don’t Know If It’s Right & many more at the Liverpool Disco Festival ‘Dancing in Outer Space’. Info here.

</divThe Baltic Social is giving away boss prizes, exciting crazy bonus rounds and a night that promises to be almost as much fun as sagging school for the day at the Great Big Ferris Bueller Quiz night on 18th October. Details here. 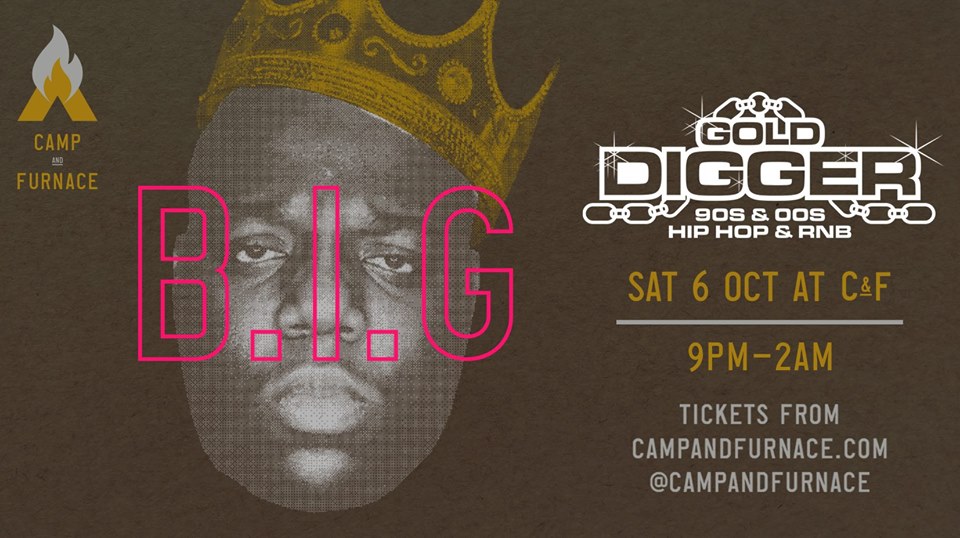 It’s getting low down and dirty at Camp & Furnace as Gold Digger returns with th very best 90s and 00s hip hop and rnb tunes from 9pm. Tickets here. 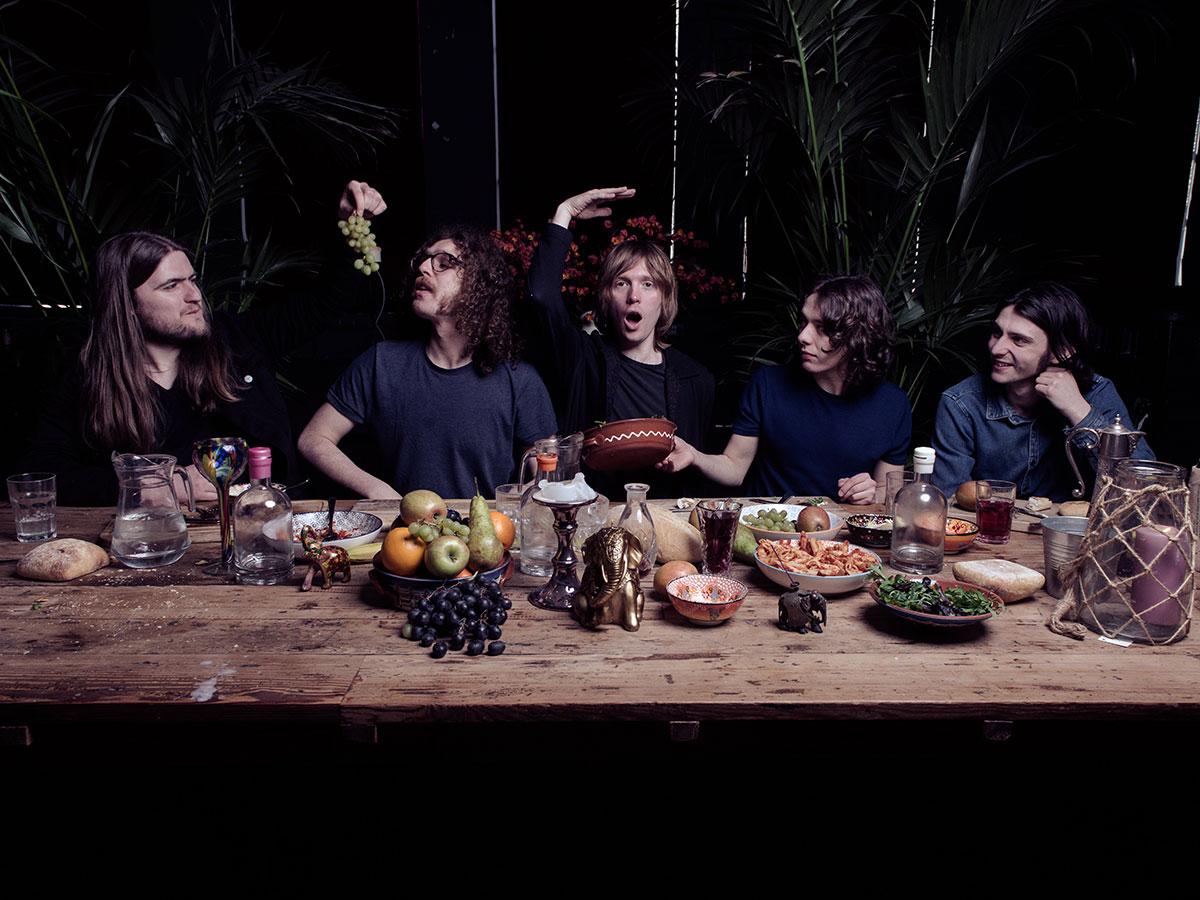 11 – Dragged to Hell, Out Liverpool 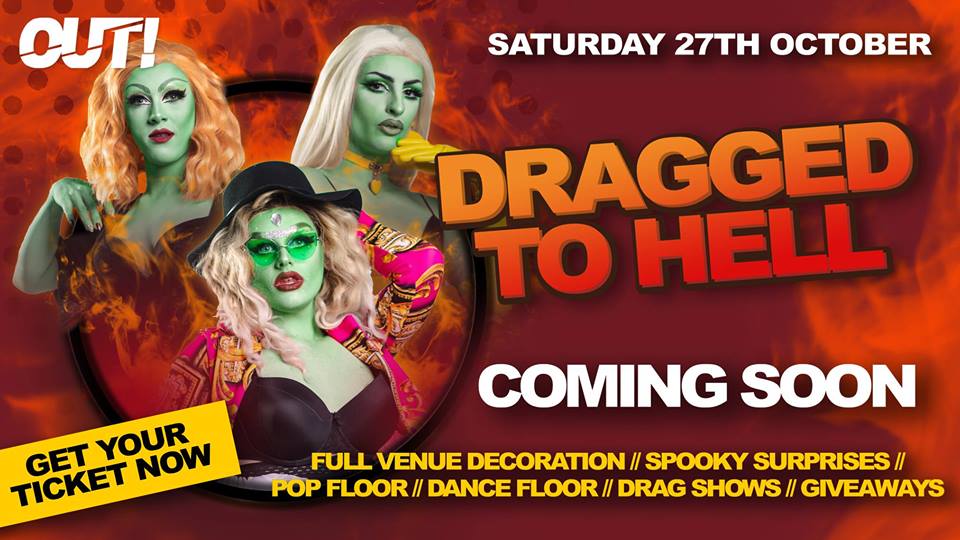 Halloween gets sassy at OUT Liverpool with ‘Dragged to Hell’ on 28th October. The whole venue is being decorated, there’s surprises, drag shows and more. Halloween parties at its best! Details here.

How do you fancy an amazing night out in a stunning venue with all your favourite bars under one roof this October? Then get your tickets here for Cocktails in the City as it takes over St George’s Hall on 12th-13th October. 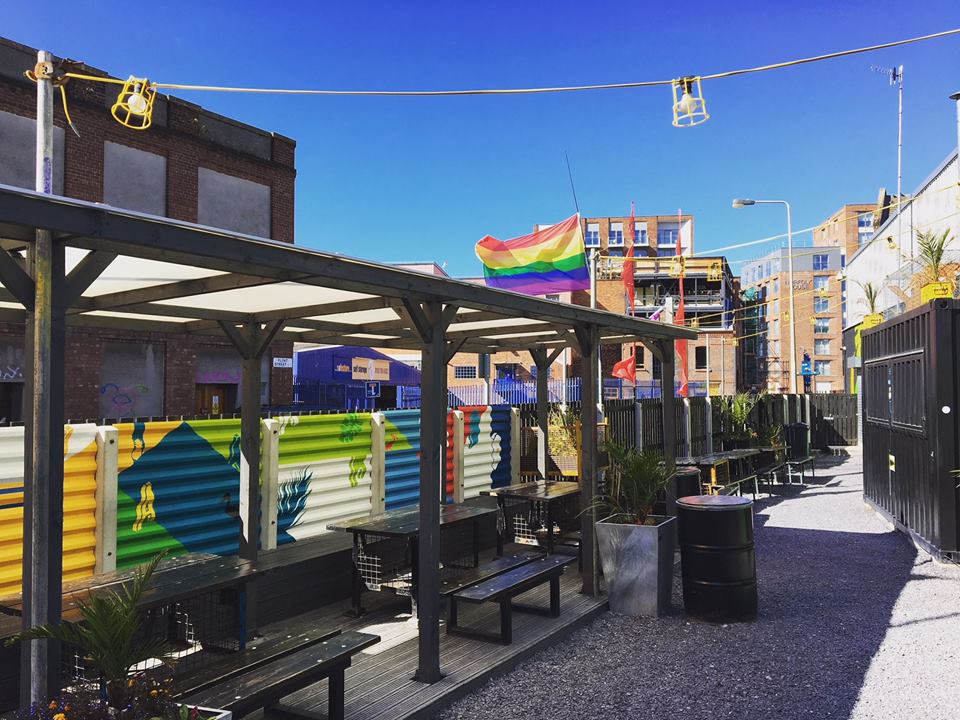 YARD is planning an epic weekender to finish off a brilliant summer in the city on 5th-7th October with a stellar line up of DJ’s. Expect No Fakin & Schamme, Michael Williams & Pooky, D Fresh & Fitz and more. Free entry, details here.

Are you ready for a Japanese-style game show that involves a whole load of Extreme Karaoke madness at Camp & Furnace? Dylan Evans hosts this launch event, it’s gonna go off. Info here.

The Princess of Pop returns to the Echo Arena on 3rd October for one night only and brings her ‘Golden’ album extravaganza along for a spot of ‘Dancing’ too. Tickets and info here. 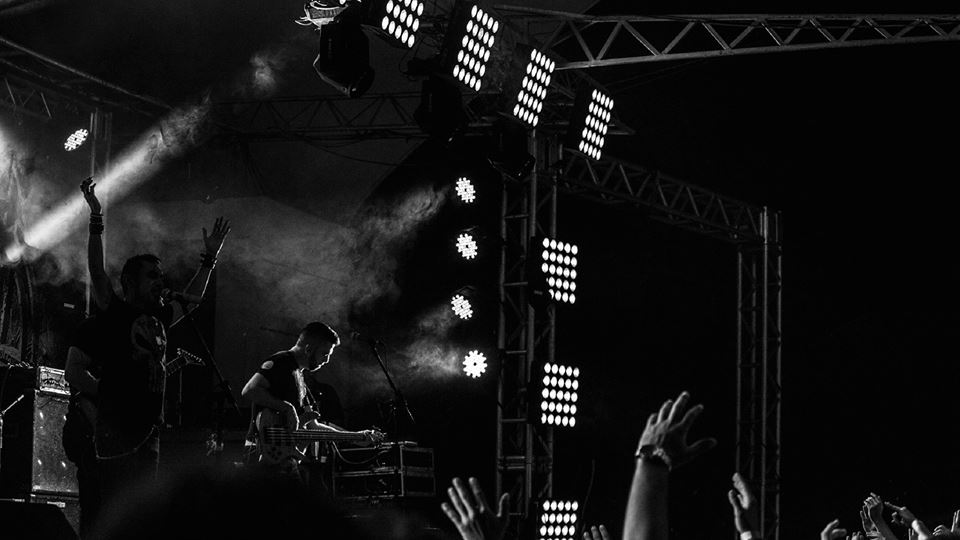 If Trance is your thing, you have to be at the Arts Club on 20th October as Tracksuits and Trance brings none other than Ultrabeat back to the city for a 90’s rave! More info here. 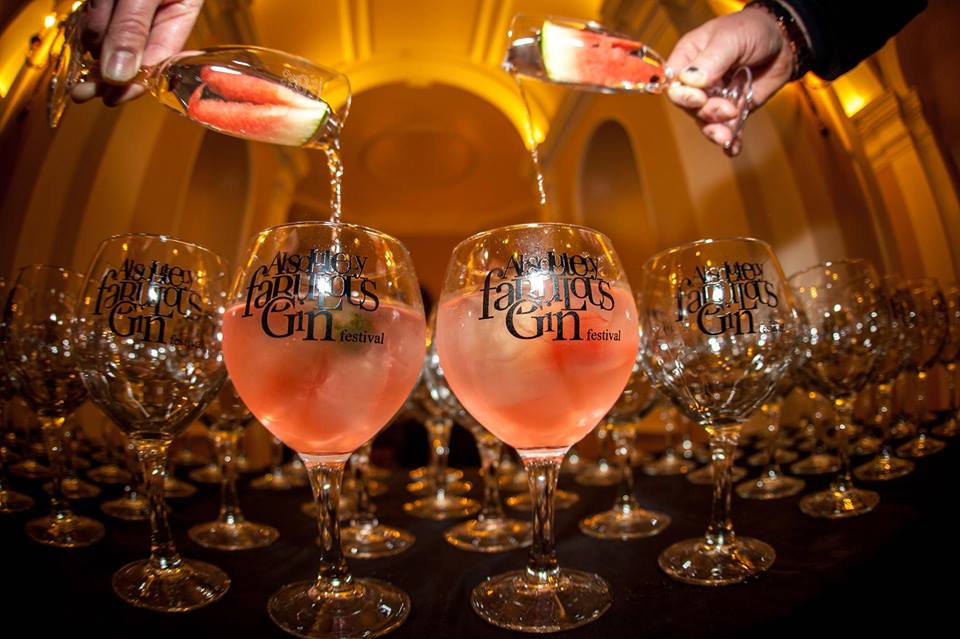 You know what rhymes with Halloween? Gin! At least it does at Croxteth Hall on Friday 19th October as the Halloween Gin & Rum Festival. There’s 100 gins on offer and plenty of mixers too. Info and tickets here. 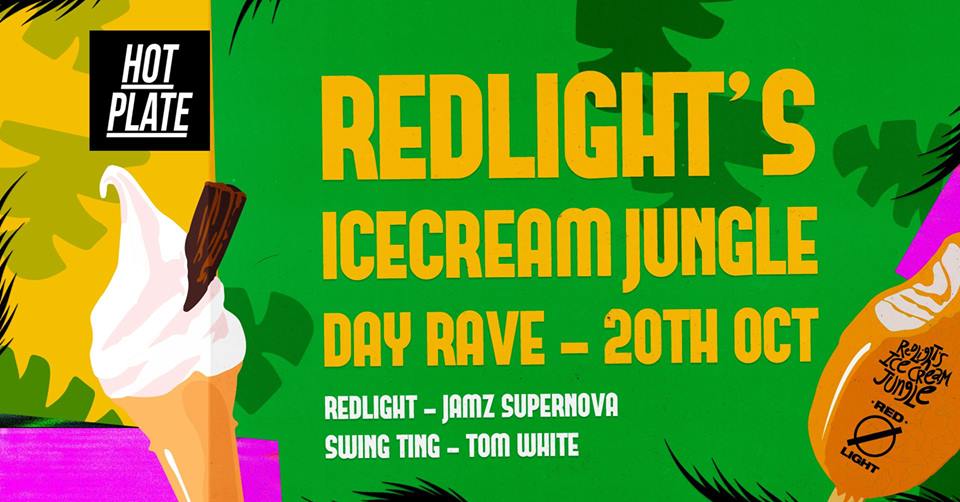 You can see The Coral perform their new album ‘Move Through The Dawn’ at Liverpool Uni’s Mountford Hall on 12th October. Get your tickets here and listen to that banger above in the mean time.

Roxy Ball Room is lining up some October fun and invites you to practise your trick shots and tuck into some bar snack treats while you’re at it. Who will be crowned King or Queen of the pool table? More info here. 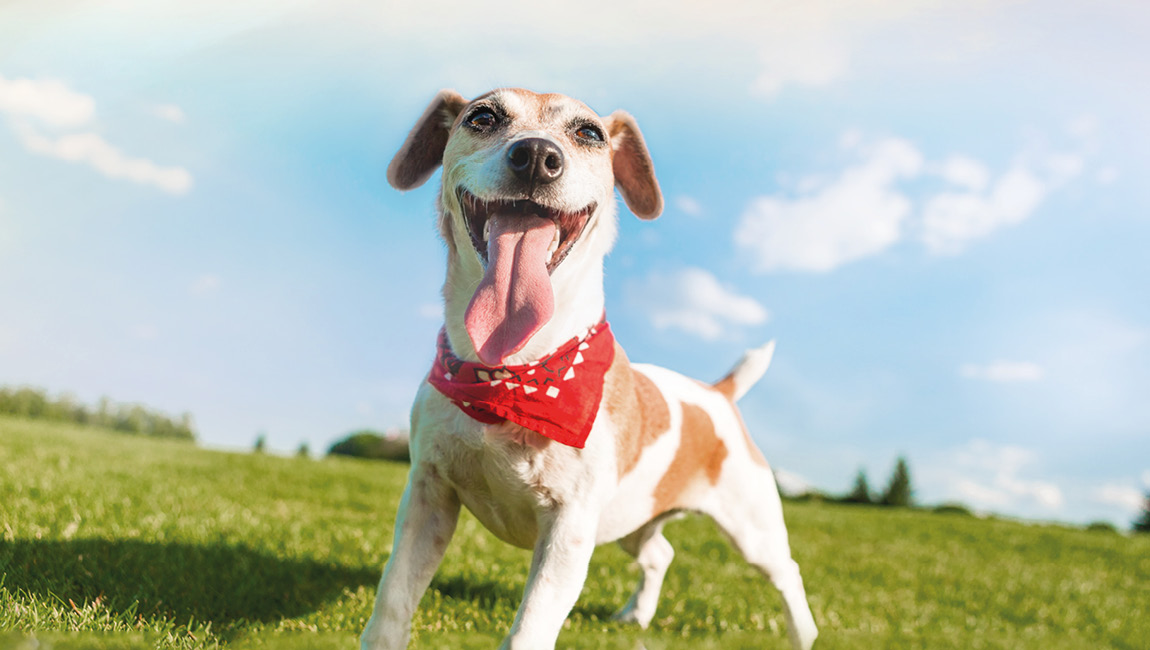 It’s Countryside Day at Aintree Racecourse on 28th October and kids ages 17 and under go free. Get wrapped up to watch the fillies run the course and a whole host of family fun including Aintree’s first ever dog show, the ‘Lamb National’, Punch & Judy and the ‘Quack Pack’ duck display. How could you miss it!?  Tickets here.

This is your last chance to get a rare glimpse at ancient history as the Terracotta Warrior Exhibtiion at World Museum. The statues, horse, artefacts and incredible story are on display until 28th October. Info here. 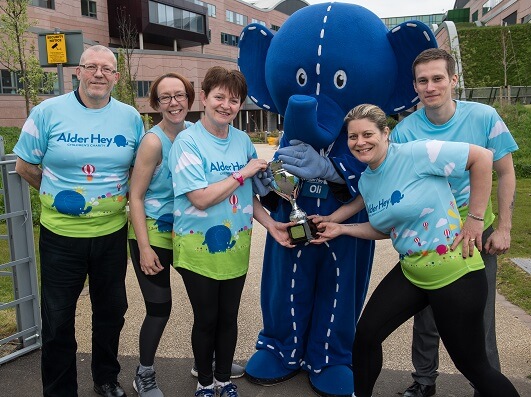 The Alder Hey 10k & Family Fun Run is back on Sunday 14th October from 10am and everyone can get involved. There’s lots of stalls and a family fun run too. Register here.

It’s been a busy year for Mahalia and having smashed her LIMF 2018 performance on central stage back in July, she’s back performing in Liverpool at Leaf as part of her 9 date UK tour. More info here.

Sing-A-Long Liverpool brings you The Rocky Horror Picture Show at Hangar 34 on Friday 26th October, where fancy dress in encouraged along with your best/worst singing voice! It’s just a jump to the left! Info here. 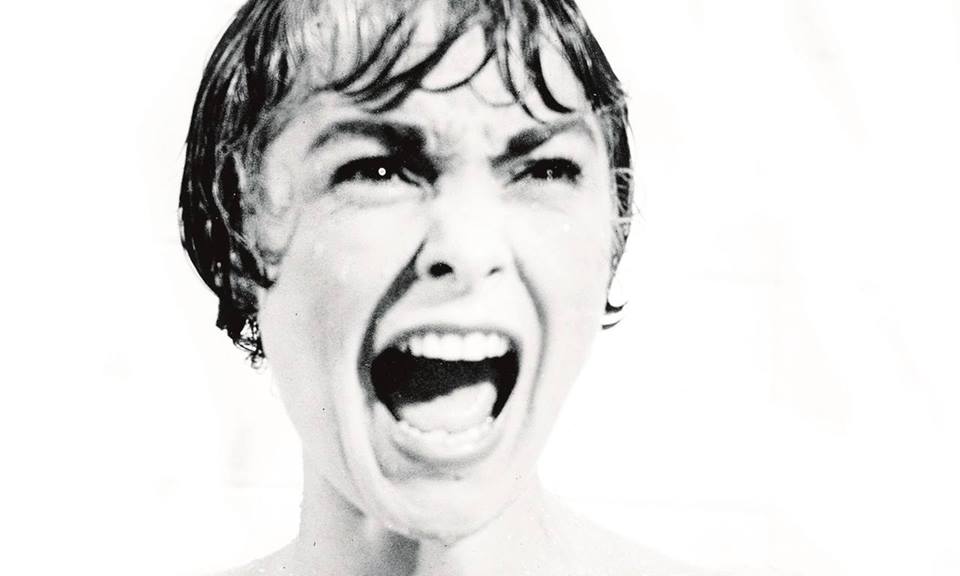 You can check into the Bates Motel on Halloween night as the Philharmonic Hall show Hitchcock thriller, Psycho with a full orchestra. Wait for those strings! Book your tickets here. 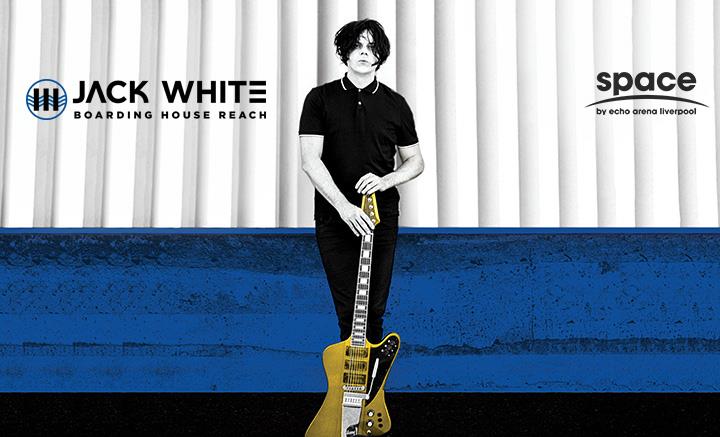 Jack White comes to the Echo Arena on 20th October and following the recent success of his third solo album, ‘Boarding House Reach’, he’s bringing an electric, ‘NO PHONES’ show to the city. Tickets here. 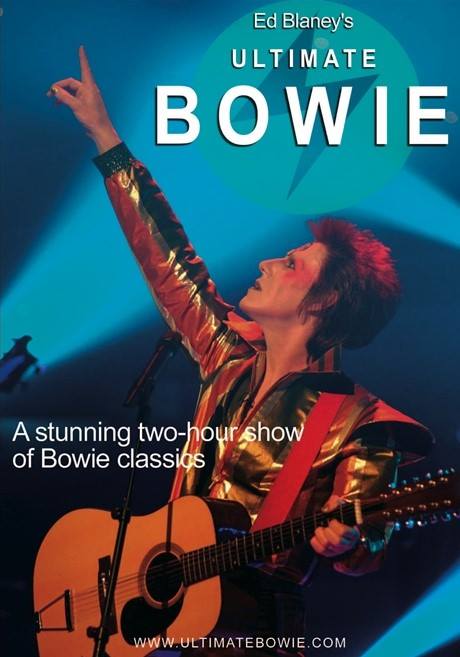 How do you fancy a two-hour live show featuring nothing but the absolute best of Bowie? Head to the Epstein Theatre on 19th October for a showcase of musical genius. Tickets and info here. 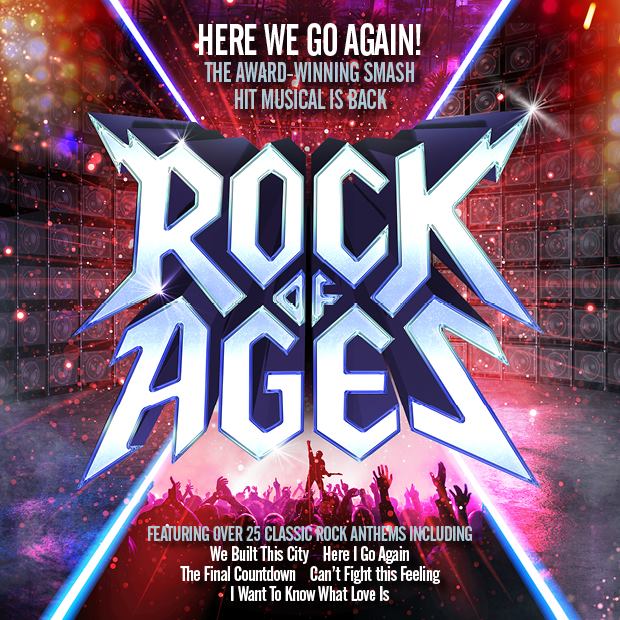 If you’re into your rock anthems, you cannot afford to miss Rock of Ages at the Liverpool Empire from 23rd to 27th October. Bring your air guitar and rock out to more than 25 anthems! Tickets and more here.

Chelcee Grimes said you need a night out, so head to Arts Club on Tuesday 30th October and out your drinks in the air as this Liverpool girl brings her epic new single home. More info here. 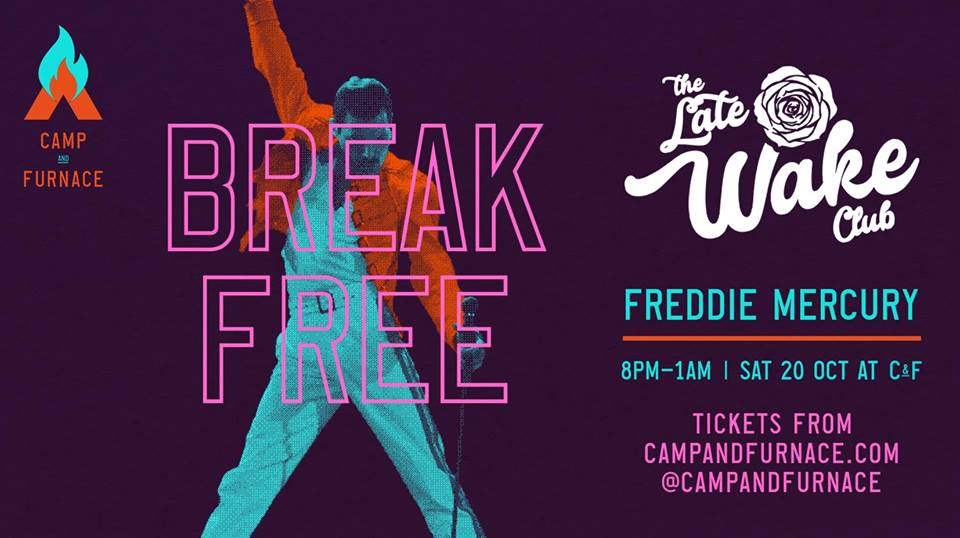 We may have just saved the best until last! Coinciding with the release of the long awaited biopic, Bohemian Rhapsody, Camp & Furnace pays homage to the late, great Freddie Mercury at the Late Wake Club on 20th October. Don’t be late. Tickets here.