7 Questions answered by Liverpool band The Bo Weevils ahead of their next gig in the city - The Guide Liverpool
Contact Us Advertise with The Guide Our Video Services Follow us: 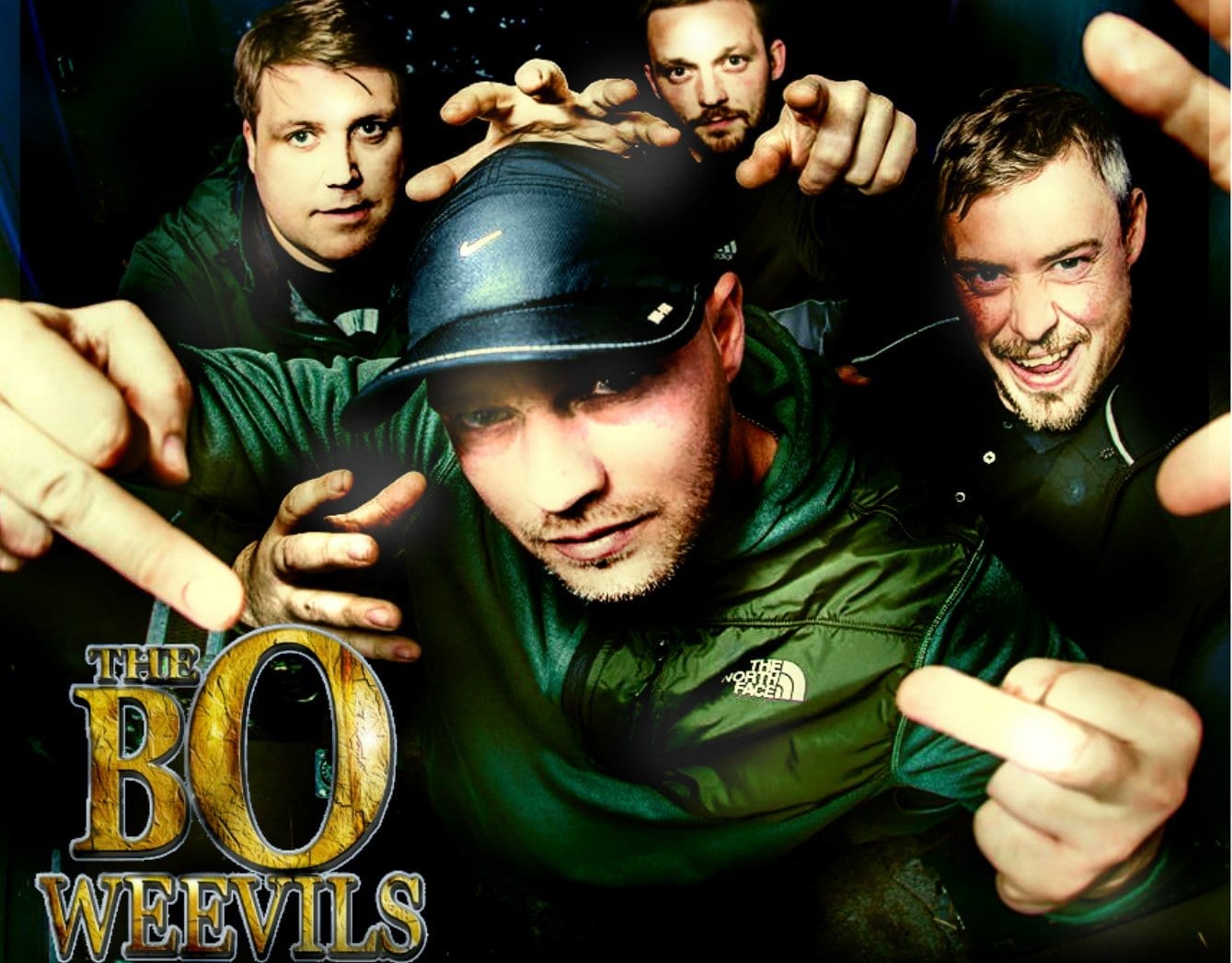 We love shouting about local music on The Guide Liverpool and nothing makes us smile more than seeing locals doing good things.

The Bo Weevils have been making waves on the Liverpool music scene for a while now having already played the likes of our Echo Arena, Creamfields & Mathew Street Festival. Watch their brand new video, to their brand new track ‘Sister’ above. A four piece funky rock band, The Bo Weevils are Gav, Ste, Andy & Ian and all four lads are excited to be playing one of their biggest gigs to date at On Air Liverpool on Friday 27th July.

Book your ticket now direct from Skiddle and head to Spotify here to listen for yourself.

1. So, the big comeback gig is almost upon us – how are rehearsals going?
As a band we’ve been jamming together since we where kids. We’ve always been a tight band when it comes down to playing live but recently we’ve been whacking loads of new tunes into the set so had a lot to practice on over the last few months. We’re more into the energy we get from the songs now and not that concerned if it sounds a bit rough around the edges, and even though we’ve only got a few weeks left until the big gig were about to start jamming with a violin and trumpet player to see if we can get them in on the live show too.
2. What can people expect from the gig?
People can expect a whole new level of tunes from us this time around and we’ve even got a song on Itunes with and Explicit warning tag on for the first time which we’re a bit proud of.
3. We heard you had a little run-in with the police recently, what happened there then? 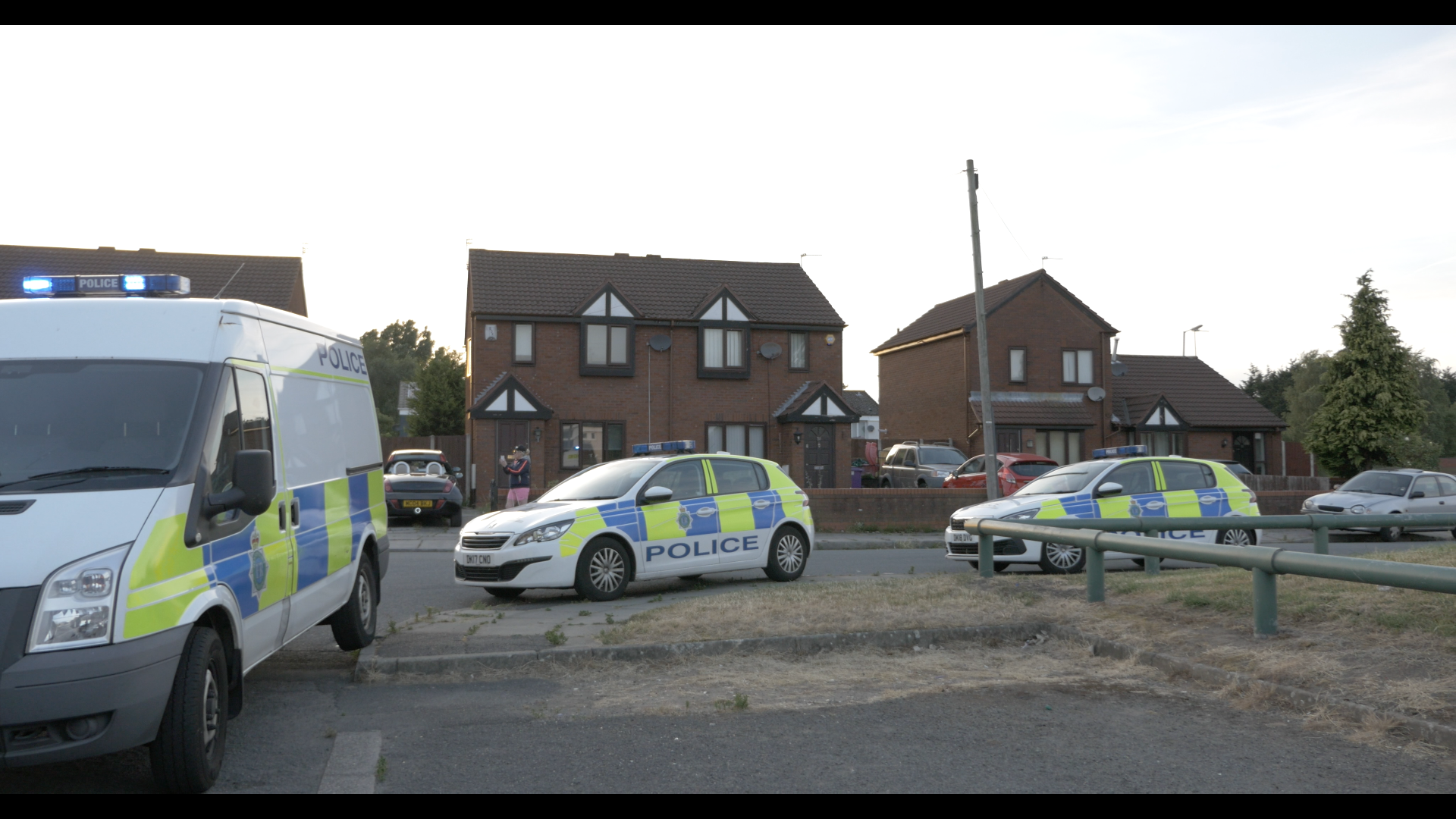 Well onlookers witnessed a police officer take on armed thugs during a hair-raising heist on Stockbridge Village. Residents described how a gang of four men wearing face masks and blue boiler suits jumped out of a grey Range Rover with blacked out windows and took a gold Hummer and bag of money off a couple who where left standing in the street with their hands on their heads. 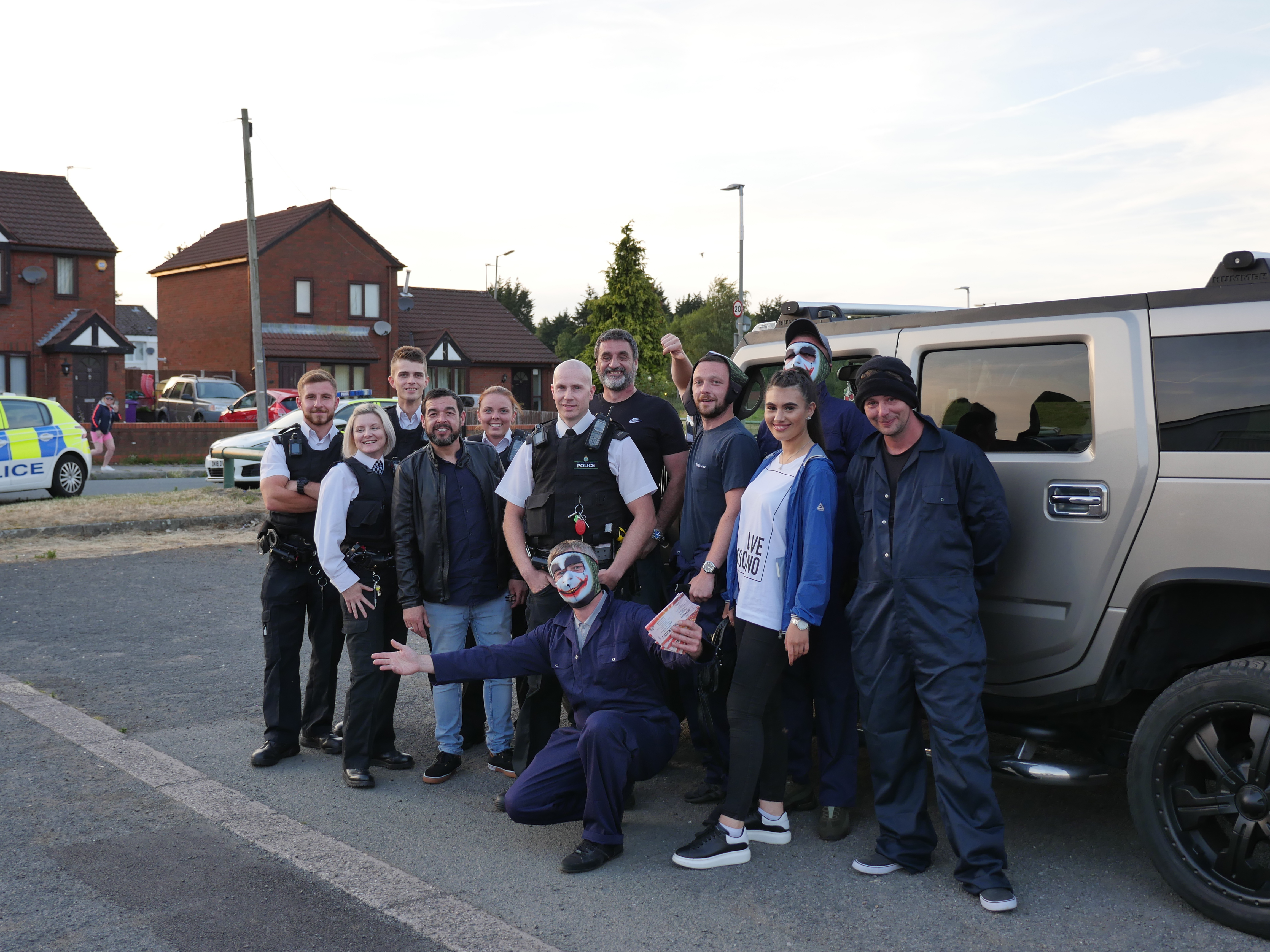 The gang appeared to be armed with tools which included a sledge hammer, pick axe and whizzer. A young police officer then arrived at the scene as the four men jumped back out the Hummer and proceeded to approach him. To the officers dismay the four men removed their masks and the Director shouted ‘Cut’ . As the police back-up was arriving fast the confused police officer was then smiling and feeling completely relieved as the situation became clear it was local rock band The Bo Weevils filming their music video to new song ‘Sister’.  Jake Abraham (lock stock an two smokin’ barrels) was on set at the time of the heist with up and coming actor Gabi Gibbs making her debut. The Bo Weevils thanked Merseyside Police for letting the last few scenes of the music video be filmed, and they even got in a few photographs with the band and crew. Video out soon.
4. We’ve been loving the clips of the ‘Sister’ music video – where does the inspiration come for the storyline?
Although you gotta take our songs with a pinch of salt we write about experiences and true stories, the inspiration which most bands fail on when you hear their music is that you know they ain’t singing from the heart.
5. You’re obviously Scouse and proud – where are you favourite music venues in the city?
We do love our city but never been into any sort of clique or aimed to head to one gaff if we go out. The best thing about Liverpool is that it’s the people that make it great and there are great people everywhere. Anywhere we go we have a laugh. Although if you are wondering where to go and stuck for an idea then just pop down to Liverpools brand new venue ‘ON AIR’ Cains brewery village on Friday 27th July . We chose On Air for the first show back because it felt right when we first seen the gaff, quirky decor and we will easily squeeze a few hundred fans in there. After show party with the bands at Est 15 Barbers /Bar 17 / Tattoos (half way up bold street) 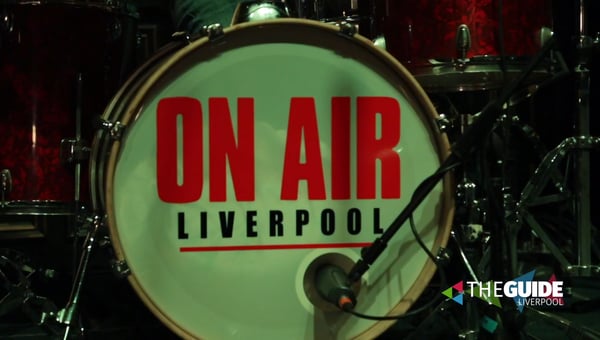 6. Any local musicians been impressing you on the scene recently?
Coming from Liverpool we know hundreds of talented musicians .. the best the world has got to offer in some cases, but these are the guys who sit in their houses and won’t ever go out to do a gig, they hide in the shadows and play no part of any scene, the bands ”on the scene” always seem to be chasing that record deal and sometimes forget about the music they play, we’ve been there!
It can be stressful for up and coming bands paying for rehearsals, studio time, maintaining equipment, booking gigs and promoting themselves then after all the hard work no one turns up and the people who do say ”your boss, why ain’t you got a record deal? ” It seems to work easier and makes a band stronger when you just enjoy yourself, keep it real and stay true to the music. You know when you see a boss band because you want to be on stage with them getting high off the music . We’ve got 2 bands supporting us at the comeback gig, Bribes and Rootnote ! Two cool up and coming bands who enjoy having a laugh like we do and are all about the rock n’ roll.
7. Finally, if The Bo Weevils were a telly show, which one would you be?
Narcos. 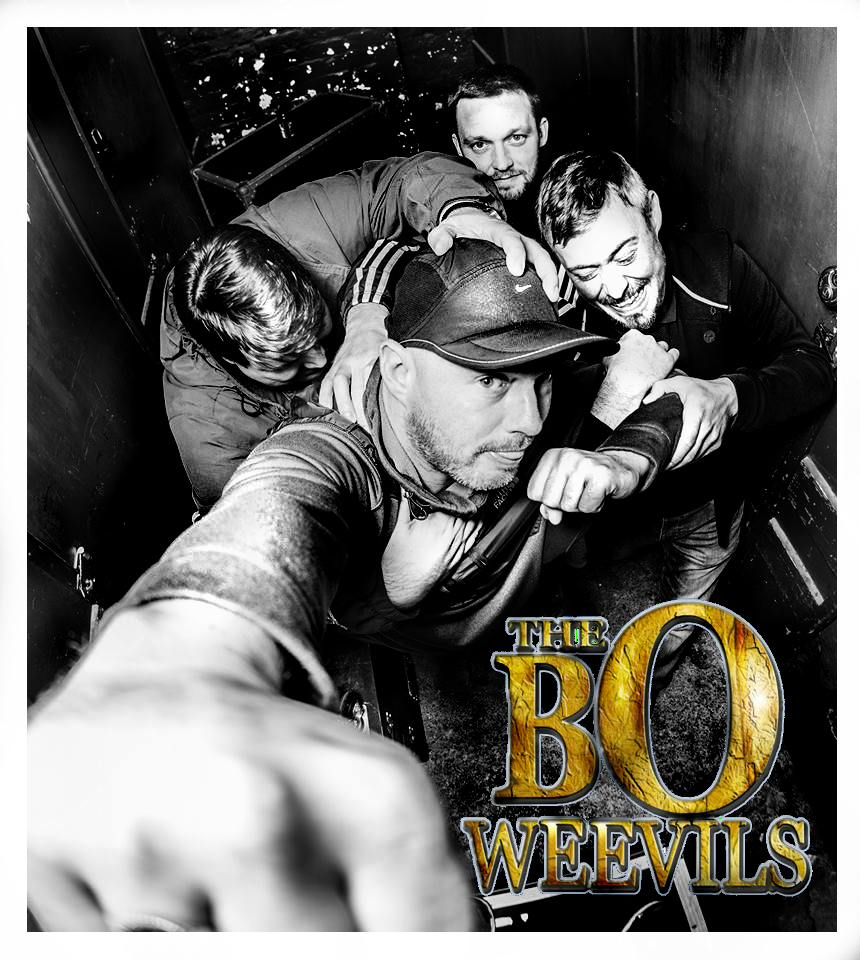 The Bo Weevils play On Air in Cains Brewery Village with support from Bribes & Rootnote on Friday 27th July and you can book your tickets here www.theboweevils.com.

Plus keep up to date with all the latest form the band on their Facebook page here www.facebook.com/theboweevilsband