7 reasons why you ho ho have take part in the Liverpool Santa Dash 2017 - The Guide Liverpool
Contact Us Advertise with The Guide Our Video Services Follow us: 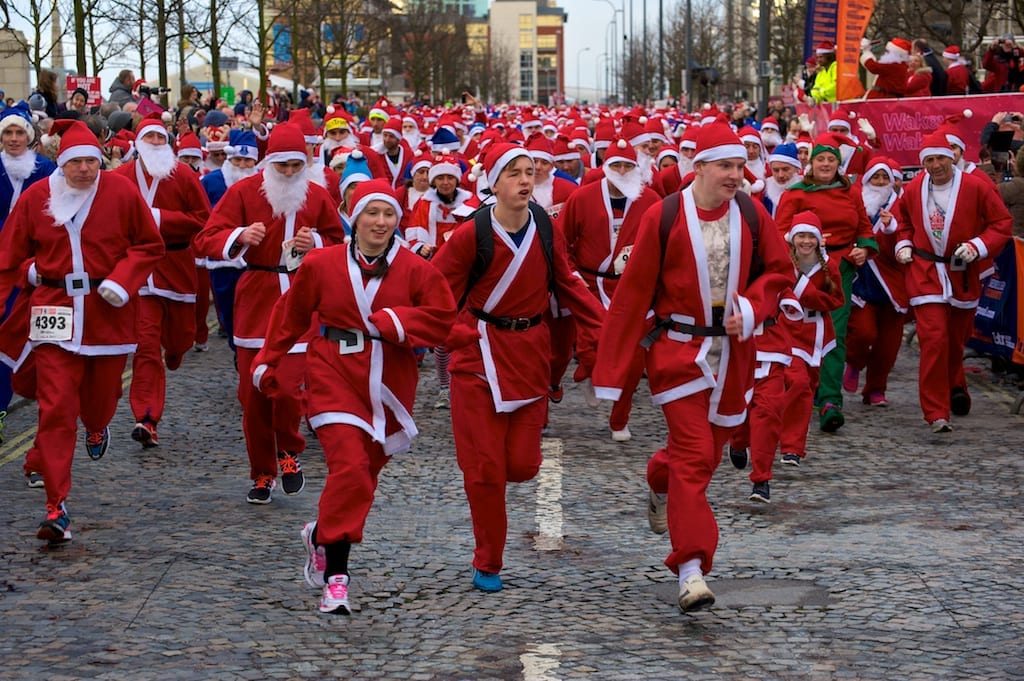 Get into the festive spirit by sticking your trainees on and running around the city in a Santa suit….you wont regret it!

The annual Liverpool Santa Dash returns to the city on Sunday 3rd December 2017 for the 14th time as families, friends, colleagues and even dogs, set off on the 5k course in an attempt to retain the world title of the biggest festive fun run.

Alongside the main 5k race, which Santas can run, walk, body pop, unicycle……whatever, there’s a kids 1k run and brand new for this year, a festive conga that’s taking place at St John’s Shopping Centre. If you’re undecided, take a look at last year’s amazing event and check out these 7 reasons why you should sign up.

7 Reasons why you should take part in the Liverpool Santa Dash 2017….. 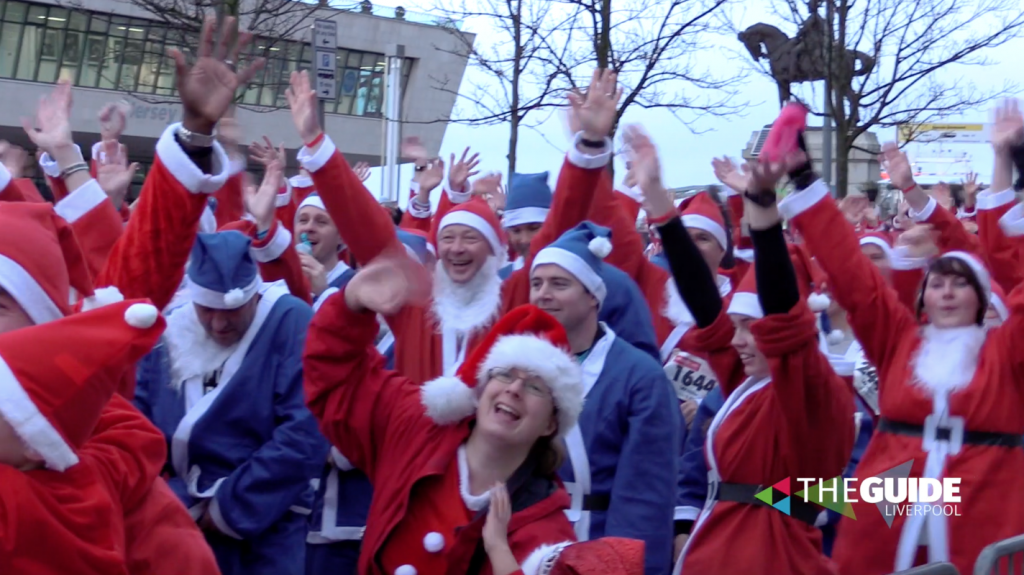 You might not think that spending a winter’s morning on the Pier Head Santa Dash start line would be much fun, but you’re so wrong! Selfies in your Santa suit in front of the liver building is a must, plus busting some moves to Radio City gets the adrenaline pumping ahead of the start whistle.

Whether you run, walk, push a little one in their pram, wheelchair, unicycle, stilt walk, whatever, a bit of gentle exercise is really good for you, and dancing around to the drummers and bands means you can eat a few more mince pies without feeling guilty! 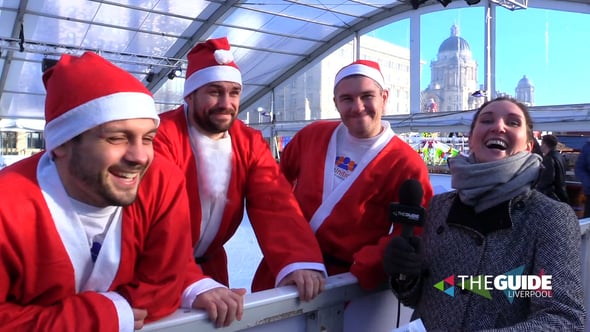 Every year a number of famous faces don their Santa suits and take part in the world record attempt race. From Liverpool Legends such as Alan Kennedy to TV stars as Craig Phillips and Phil Olivier and Liverpool boxing legends, the Smith Brothers. Who will you spot?

We’ve got to hand it to race organisers, BTR Liverpool, the Santa Dash medals get bigger and better every year! We’re hearing of a new trend where medals are being hung on Christmas trees for ultimate bragging rights! Now that’s a Christmas decoration.

The Liverpool Santa Dash has partnered with Claire House Children’s Hospice this year and so the money you raise will go directly towards supporting a local child and their family in the most difficult of circumstances. That’s a reason to sign up and take part, alone.

Sunday 3rd December 2017 will be a magical day in Liverpool. Expect to see Santas in the pubs, shops and taking tonnes of selfies at the Liverpool One Christmas Tree. There’s even a After Dash Bash at The Club House, Liverpool One, click here for more info.

Brand new for 2017, BTR Liverpool presents the Santa Conga at St John’s Shopping Centre on Thursday 7th December 2017. Running isn’t for everyone so now you’ve got the chance to get involved in a great party atmosphere while doing your bit to support a local charity. Click here to find out more about the conga.

To sign up to the Liverpool Santa Dash 2017, click here. Feeling energetic? Head to www.btrliverpool.com to view the full list of Merseyside races lined up for 2018.