9 tracks from Liverpool musicians you need to hear this month - The Guide Liverpool
Contact Us Advertise with The Guide Our Video Services Follow us:

9 tracks from Liverpool musicians you need to hear this month 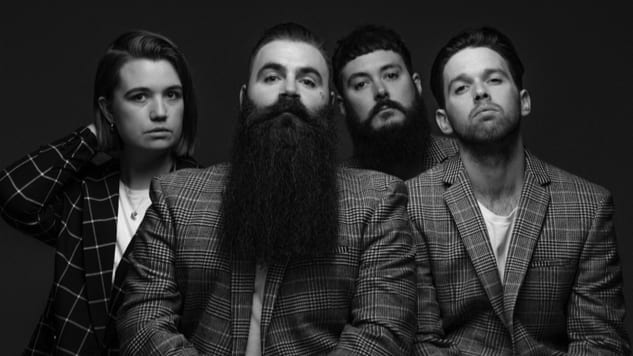 Music fans – mobilise! Get your devices and ears ready. It’s new music time and we’re here to give you the lowdown on the local output that will round off another awe-inspiring year of releases from our Mersey musicians.

This local duo turned 4-piece round off their 2018 trilogy, The Mind’s Eye, with its final installment – Silence. And, what a way to finish, as this track rounds off the band’s year long journey through a creative life and a story that centres around mental health. This is the most upbeat track from the revamped band, showing that they still have that Neo-Soul groove that kicked things off in the first place for Deliah. However, this time it has more attitude, accompanied by a labyrinthine music video for you to watch, and re-watch, to find your own message in the plot.

One of the LIMF Academies “most ready” for 2018, Luna, releases this enchanting lullaby to see out what has been an incredibly successful year for the solo artist. Most recently, you may have heard her interviewed on national radio, as she was on BBC Radio 1 during her time at the prestigious BBC Introducing Live event in London, this October. 5am is a wondrous track that continues her fusion of Electronic atmospheres with Folk storytelling. Check out the acoustic version below or stream the track here.

XamVolo – Sins of a Soldier

Thank goodness that we have been put out of our misery. We were craving another hit of the good stuff from our good doctor Volo, and it’s finally here. Sins of a Soldier is another dose of what we like to think of as Steam-Punk Soul, as refined and pure as the last. Volo is gold coated in what he is calling the “visualizer”, a totally captivating experience that sucks you in even more than the groove filled track itself.

She drew the Gun – Revolution of Mind

She drew the Gun delivers a politically, and morally, thought provoking release to keep us on our toes as the year draws to a close. Revolution of Mind builds on the crunchy, fuzzy timbre that we have grown use to from the female songwriter, this time using it as a weapon to drive home the message of the track. We can’t decide if the artwork or track itself is more provocative, but that’s definitely the point!

Mersey Wylie – Giving Myself Away

Giving Myself Away is the lead single off Mersey Wylie’s new EP, The Skin I Live In. The EP is a musical feast that you must indulge in, however, we chose Giving Myself Away over the EP itself for the list due to it’s spellbinding music video, filmed at Hinterlands in Liverpool. Mersey has really found her sound, something that we feel could be described as Art-Pop, or even Art-Soul, when you take into consideration the obvious Soul and R&B influences that is ever present in her sound.

SG Lewis is yet another product of Paul McCartney’s Liverpool Institute for Performing Arts, graduating back in 2015. Since then he has gone on to become one of the brightest songwriter/producers that the UK has to offer right now. After countless collaborations, and touring all over the world, we come to his latest release, Dark. This track is definitely Lewis’ grittier side, showing off his Hip-Hop prowess. The release is wonderfully dark and moody as the weather takes on the same demeanor.

Our answer to The Weeknd, Sub Blue, joins forces with Manga Saint Hilare for this latest release, a track that broadens his scope for the type of artist into which he could develop. Think We’re Fine shows off an Old-Skool Hip Hop sound that we have yet to hear from Sub Blue, but fuse this with his haunting, brooding soundscapes, and we’ve got one hell of an artist on our hands.

It’s so good to have these guys back releasing music, especially when it is this good. Deafening is a raucous anthem that hits you in the face with its production and catchiness alike. The rawness of lead singer, Mike Hall’s voice is undeniably intoxicating and will take you over as you bellow this one from the top of your lungs when it plays on your party playlist.

Well it would be weird to finish up the year without hearing something brand spanking new from one of the Merseyside bands of 2018. Jessica is the bands latest output, one that has gained them some regular airplay from BBC Radio 1 as Huw Stephens has championed the track. This release shows us another branch to the bands sound, bringing a somewhat more 80s Pop feel to the table, getting us all excited for 2019.

What a way to finish off another blockbuster year of Mersey Music. We want to know what your favourite releases of the year have been, so get in touch on Twitter and Facebook now.