97th Hillsborough victim Andrew Devine and screenwriter Jimmy McGovern nominated for Freedom of Liverpool - The Guide Liverpool
Contact Us Advertise with The Guide Our Video Services Follow us:

Screenwriting legend Jimmy McGovern has been nominated to receive the Freedom of Liverpool – along with the 97th victim of the Hillsborough tragedy, Andrew Devine.

Andrew sadly passed away in July this year due to complications resulting from life-changing injuries following the Hillsborough football stadium disaster in April 1989. Andrews’s name will join the other 96 victims of the tragedy, who were posthumously awarded the city’s freedom in September 2016.

Jimmy’s nomination is in tribute to his multi-award winning career, having famously created TV dramas such as Hillsborough, Cracker, The Lakes, The Street, The Accused, Moving On and most recently in June this year with Time, starring Stephen Graham and Sean Bean, which was supported by the Liverpool City Region Film Production Fund.

Andrew and Jimmy’s nomination, along with one for the Y.M.C.A, will be heard in Liverpool Town Hall at a Full Council meeting on Wednesday, December 8th.

Jimmy’s nomination cites his unrivalled contribution to British TV, Film and Theatre over the past 40 years in a wide-ranging career, as a writer, co-writer and producer, that also includes the launch of the Channel 4 soap Brookside in 1982, the 1994 film Priest, and the 2007 slavery play, King Cotton, which was commissioned for Liverpool’s year as European Capital of Culture. 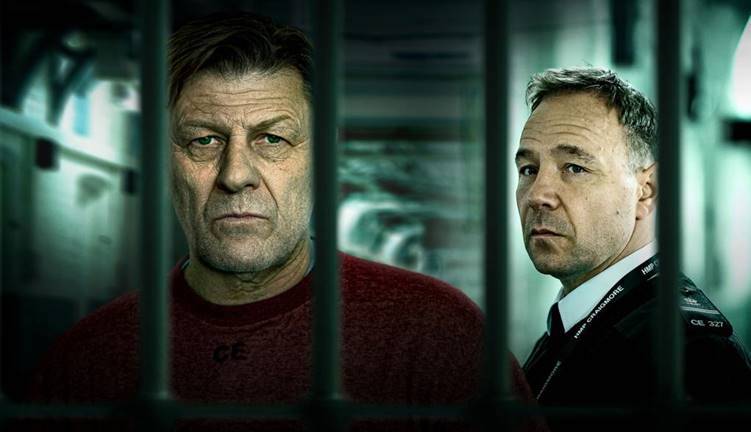 Jimmy said: “Oh wow, wow, wow! What can I say? I’m overwhelmed. To be recognised by my home city means more to me than any award.

I’ve always tried throughout my career to give something back to Liverpool and have had to fight, at times, to have my work filmed there. To receive this nomination at a time when the city’s TV and film industry is on the rise, gives me immense pleasure.

I’ve also worked very hard to give a voice to those who society choose to ignore, especially victims of injustice, so for my nomination to celebrate that is hugely vindicating.

For me, Hillsborough is my greatest play. It may not be my best written, but it’s the one that I hold closest to my heart and the only script I’ve kept a copy of in a safe.

To be nominated along with Andrew, and to join the other 96 men, women and children whose lives were unlawfully taken away that day at Hillsborough, on that roll of honour is truly humbling.

Of course to be seen alongside icons and heroes such as The Beatles, the Mersey poets, Sir Kenny and Bob Paisley gives me a huge thrill, but it’s the 97 that I feel the most honour to be next to and to whose memory I dedicate my nomination.”

The 72-year-old grandfather-of-four, and lifelong Liverpool FC fan, is also cited for placing the pursuit of truth and justice at the heart of his writing, most famously 25 years ago in the 1996 docu-drama Hillsborough.

The ITV programme examined the build-up and fall out from Britain’s worst footballing tragedy in which 97 people were wrongfully killed at the 1989 FA Cup semi-final. The BAFTA-winning drama is heralded as the catalyst for the victims’ families pursuit to successfully overturn the findings of the original inquest.

“Jimmy’s passion to explore faults in society and the legal system has continued throughout his career, as portrayed in the BAFTA-nominated 1999 drama, Dockers, about the Liverpool dockers strike, and was again on display in the recent drama Anthony, which reimagined the life of murdered black teenager Anthony Walker.

As a producer, the former pupil of St Francis Xavier’s College and one time bus-conductor, and English teacher, is also recognised for generating tens millions of pounds for Liverpool’s and the North West of England’s film and TV sector.

The quality of his body of work has seen Jimmy garner multiple awards including four BAFTAs, two Edgar’s, two international Emmy’s, a Lifetime Achievement award from the Royal Television Society.

Once the nomination is accepted by Full Council, Jimmy will then be invited to accept his Freedom of Liverpool next year.

At that special occasion he will be formally presented with the honorary title, and will join a roster of famous honorary “Freemen” such as: The Beatles; the Merseybeat poets Roger McGough, Adrian Henri and Brain Patten; entertainers such as Sir Ken Dodd, Roy Castle and Gerry Marsden; footballing giants like Sir Kenny Dalglish and Bob Paisley, businessman such as the founder the Littlewoods Empire and former Chairman of Everton FC, Sir John Moores and, most poignantly, the victims of the Hillsborough disaster.

The nomination, which coincides with the climax of Liverpool’s Year of Writing, caps a tremendously successful 2021 for Jimmy with his gripping three-part prison production, Time, one of the most watched BBC dramas of the year attracting more than 11.6 million viewers. And just two weeks ago it landed him a Royal Television Society NW award for Best Script Writer, after receiving a double nomination with Anthony.

Lynn Saunders, Head of Liverpool Film Office and who nominated Jimmy, said: “As a writer and story-teller Jimmy McGovern has no equal in British TV drama.

Jimmy has had his finger on the pulse of our country for almost 40 years and has consistently put a mirror up to many of the issues we often don’t want to look at, or hear about, asking the most difficult questions and thanks to his genius making us want to find the answer long after the credits have rolled.

Liverpool is very fortunate to have Jimmy and I can think of no better way of celebrating our Year of Writing than thanking him for all the stories he has championed, all the careers he has helped launch and support, and all the productions he has brought to our door than to make him a Freeman of the city he so dearly loves.”

Jimmy’s nomination also comes at a time when his home city is developing plans to capitalise on its position as the second most-filmed city in the UK.

On Friday, a report will go to the Council’s Cabinet requesting permission to unlock a potential £70m redevelopment of the iconic Littlewoods building, which would include major studios, creative office space and new media facilities.

The scheme, which lies in Jimmy’s childhood community of Kensington, could create almost 4,000 jobs, transforming Liverpool into one of Europe’s premier TV and Film hubs.

This report sets out proposals to kick-start a major redevelopment in two phases, with approval being sought to begin an £8m remediation of the building in early 2022.