A Music Lover’s Guide To July in Liverpool - The Guide Liverpool
Contact Us Advertise with The Guide Our Video Services Follow us:

A Music Lover’s Guide To July in Liverpool

Home › Culture › A Music Lover’s Guide To July in Liverpool

Another month of amazing live music dawns on the city as the summer heat really takes hold.

Let’s hope that the heat stays put for the likes of LIMF and Claremont Farm. And, if the British Summer Time decides to do what it does best (give up), then there are a whole host of gigs on throughout the month, perfect for us music lovers.

This 4 piece, Indie-Rock outfit have been working hard in the local scene, and around the UK, creating a name for themselves. They brand themselves as “the rock band with a cello” and return to the region with a hometown show to launch the 2nd single from their eagerly anticipated album. We’re definitely the best at churning out Indie-Rock and Pop, but The Mono LPs really set themselves apart from the rest with the inclusion of a cello, meaning that even though this is one of a couple of local Indie shows, they’re never clones of each other.

Get your tickets for the launch now! 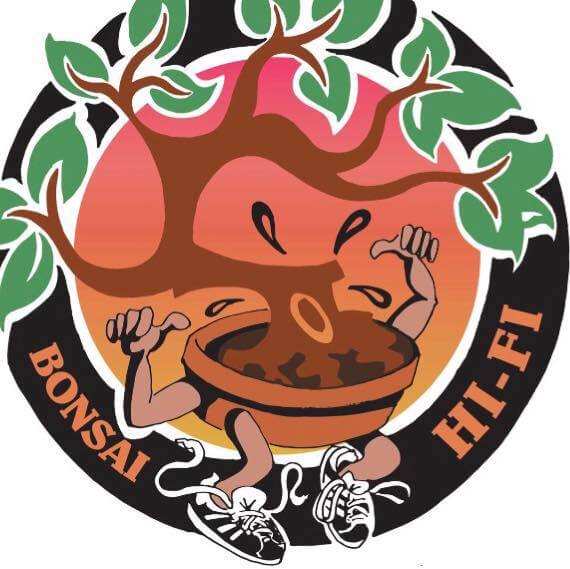 After a hugely successful Bonsai Hi Fi Sound System launch party we are hugely excited to hear about the second instalment. Described as the ‘most magical musical adventure’, Claremont farm offer an escape from the city centre accompanied by an “exquisite mix of soul, funk, disco, reggae and afro with a side order of deep house, 80’s pop 12′ mixes, all played on incredibly rare and beautifully maintained 12 inch vinyl pressings on this magnificent world class system.” This is one for those of us who just want to let our hair down and have great time dancing the summer nights away, but also for music fans of the analog and vinyl age, with authentic equipment and sounds running the show for your music nerds out there to geek out over.

Tickets are limited and must be purchased before the event.

It was quite devastating in March when we heard that the Levellers show was to be rescheduled. However, now that it has come around, we are really counting our chickens. Celebrating their 30th anniversary in 2018, Brighton folk-punk pioneers are touring in support of their acoustic album We The Collective recorded at Abbey Road Studios with legendary producer John Leckie. The Levellers sold more platinum, gold, and silver albums in the 1990s than any other act and they firmly became a cult favourite, straddling the boundary between two genres but always having something to say through their music.

Join the cult gathering this July for this unique show by getting your tickets now.

TV star, music maverick and all round nice guy, Jools Holland comes to the Philharmonic Hall once more with his world famous Rhythm ‘n Blues Orchestra. Strap yourself in for a night of toe tapping classics and sing along anthems, all delivered by the very best that the genre has to offer. Holland is a virtuoso, something often forgotten because he so damn likable, but once he gets those fingers on the ivories, you will be instantly reminded of the talent and craftsmanship this guy has as one of the best musicians in the country.

The Hunna exploded onto the UK circuit with their debut album, 100. The album projected the band onto being one of the brightest Indie Rock lights in the country, with a raucous live show to match the sound of the album. Continuing almost exactly from where they left off, the new album, DARE, is out now with this show in one of the most spectacular venues in the city being their Merseyside stop off on the UK tour to support the album.

Get your tickets, if you dare.

Local Indie is as strong as it has ever been and this Scouse outfit have been doing the genre, and region, proud all over the UK. Whether touring the club scene or on the festival circuit, Idle Frets are no strangers to the stage, now bring their raw show to their hometown for an unforgettable homecoming at the Arts Club Loft.

Tickets are going quickly, so snap them up here.

This month we are lucky enough to welcome someone who has worked alongside legends and icons, as well as paving out an incredible solo career. Judith Hill has sung with such superstar artists as Stevie Wonder and Michael Jackson and her critically acclaimed debut album, Back In Time, was produced by herself & Prince, who also featured on the album!! Later this year her eagerly anticipated follow up, Golden Child, arrives and she’s getting us on board with this intimate show at The Shipping Forecast. Judith’s amazing story is one featured in the oscar winning documentary, ‘20 Feet From Stardom’, that shines the spotlight on the untold true story of the powerhouse singers behind some of the greatest musical legends of the 21st century.

Share the room with this fabulously talented woman by getting your tickets here.

It’s brave to put on a music festival, just days before LIMF, but Shout About It Live has it’s own entirely different thing on the go and a line up of local artists to match it. Local singer songwriters such as Thomas Speight and Eleanor Nelly get a special mention as they deliver their stories to the crowds who will also be enjoying the best in music photography from around the world and through the ages.

This is the big one – The top dog -The headline act. LIMF returns with a line-up to rival all other festivals in the UK, let alone in the region. Featuring huge names like Example, Stefflon Don and the spectacle that is sure to be Hacienda Classical, LIMF takes over Sefton Park on the 21st & 22nd July. On top of this, we of course have a host of other stages including the likes of DJ Jazzy Jeff and the LIMF Academy that showcases and propels local talent through the festival.

Keep up with the entire goings on here, and snap up your tickets, cheap as chips, here.

It is the 10th anniversary of this Merseyside Hero’s summer shows at the Phil, so of course he returns to celebrate the occasion in style. This year also celebrates the 25th anniversary of Prowse’s album, The Sport of Kings, from his former group, Pele. Whether with Pele, Amsterdam or as a solo artist, Prowse has done the region proud with bringing his talent and personality through in his work and we should do the same for him at this anniversary show at one of the most prestigious venues in the city.

Get your tickets now.

LIMF is obviously and unashamedly the biggie this month, but there’s so much around it to keep your appetite for live music satisfied beyond that feast of a festival towards the end of the month. Tell us what you’re looking forward to via our Twitter and Facebook pages now.