A new Liverpool based app to help findmyfoodbank has launched to help with coronavirus crisis - The Guide Liverpool
Contact Us Advertise with The Guide Our Video Services Follow us:

A Liverpool man creating a free findmyfoodbank app has released a simple version early to help during the coronavirus crisis.

Dominic Lipscombe, 26, has set up a quick find application after being inundated with queries from people wishing to donate – and those needing help from foodbanks.

Dominic explains: “I started work on the app last year after seeing that other people were creating a similar one for which there was a usage charge – which seemed wrong. I don’t feel that anyone should be making money out of food poverty.

“I am a software developer and know how much these things cost, and I knew it could be done for free so, with a group of great volunteers working with me, I made a start.” 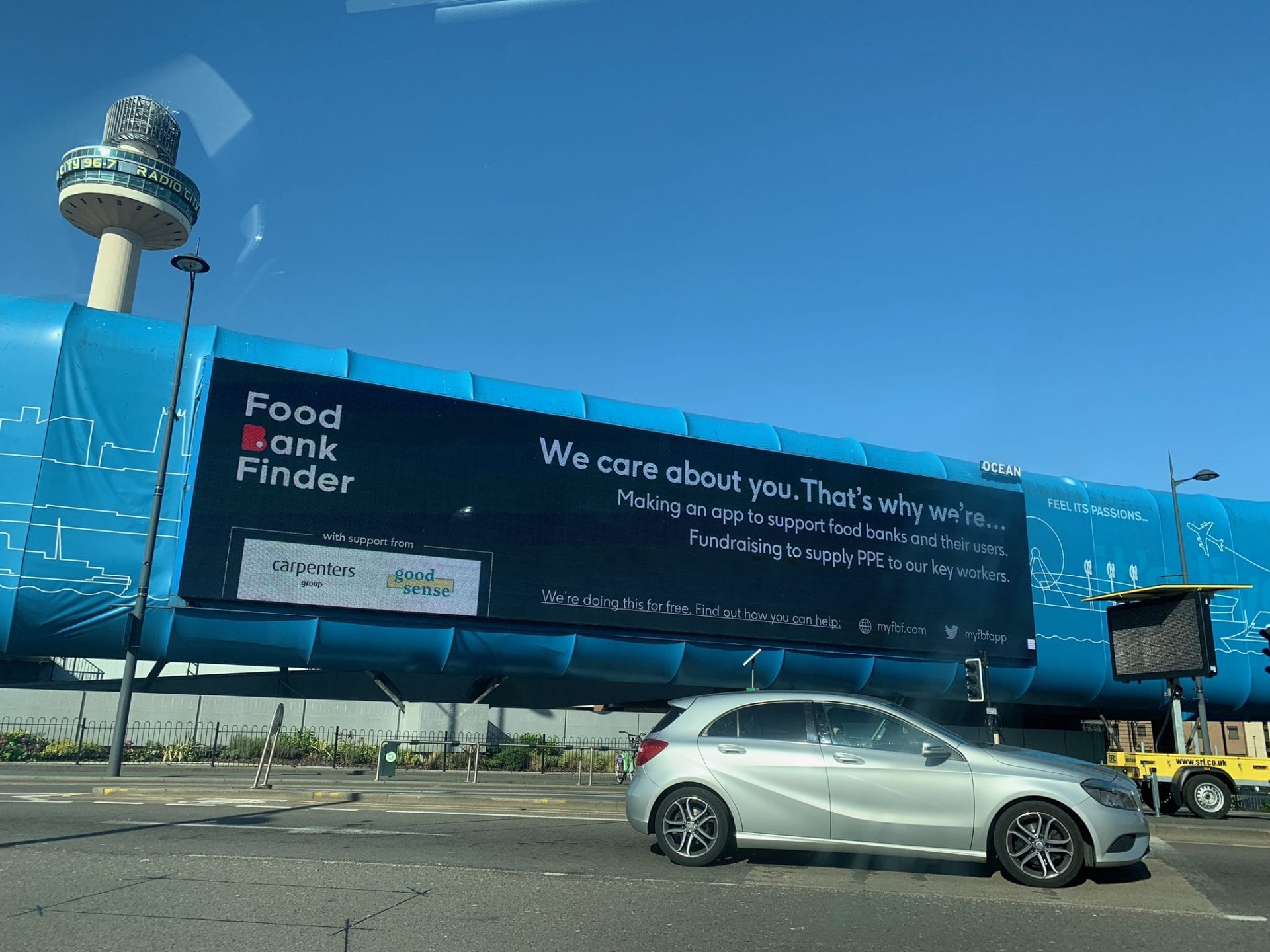 The original app, which will still go ahead eventually to support foodbanks, users and donators, was in the final stages of testing when Covid-19 struck, and Dominic was suddenly flooded with calls and queries.

“It happened in March when I had a lot of people asking me where their nearest foodbanks were and, to be honest, I felt awful that initially I couldn’t help,” he says.

“It didn’t seem right to say ‘well my app is in the final stages of testing, come back in a month’s time’. So with help from everyone, I set up a basic version so we could help people straight away – and when they need it more than ever.

“The calls were from people wanting to donate as well as people needing foodbanks and now I reckon we have got details of around 1000 foodbanks across the UK.”

The app lists Trussell Group and independent foodbanks with details of where they are, what their opening times are, information about drop-off locations and shopping list needs – “which can change all the time”.

It means, too, that people know what donations will be most appreciated at any given time and foodbanks are working very much together and sharing items they have an abundance of with those who don’t.

“It’s working really well,” adds Dominic, “in fact, we are also learning more so that we can further develop the main app and improve the search functions, for example, now that we know what questions people are asking and the searches they’re putting in.

Normally it's a city full of life, full of energy and full of spirit. But right now Liverpool is having a short rest and will be back even stronger very soon.

“It has been a learning experience in so many ways for me, in terms of the original app and in terms of a life experience. When I first started doing this I didn’t realise how many people were in this situation of needing to approach foodbanks to feed themselves and their families.

“Other people started creating the app and then stopped, but I couldn’t do that. I had to keep going knowing what a bad situation some people were in.

“I have heard so many stories with talking to different people those on the streets for example, and so this comes from the heart. I don’t want to patronise people, but I do want to help.”

Dominic, who is originally from the Wirral, has been furloughed from his job with city firm Devtropolis which makes compliance software for the hospitality industry and which he says has been really supportive.

His work on the app has always been on a voluntary basis, as is a new role he and the app’s volunteers have begun, bulk buying PPE to be able to supply it more cheaply – and without profit – to key workers including the NHS, care workers, hostels, food banks and high-risk individuals.

“Some people were selling it with a 15-times mark up which is so wrong.

“This is a situation we are all in together and if we can help others then it is our responsibility to do so.”

For more information on foodbanks or to donate to one near you go to @myfbfapp on Twitter and www.myfoodbankfinder.com