Abandoned site in Liverpool City Centre could be transformed into a new neighbourhood - The Guide Liverpool
Contact Us Advertise with The Guide Our Video Services Follow us: 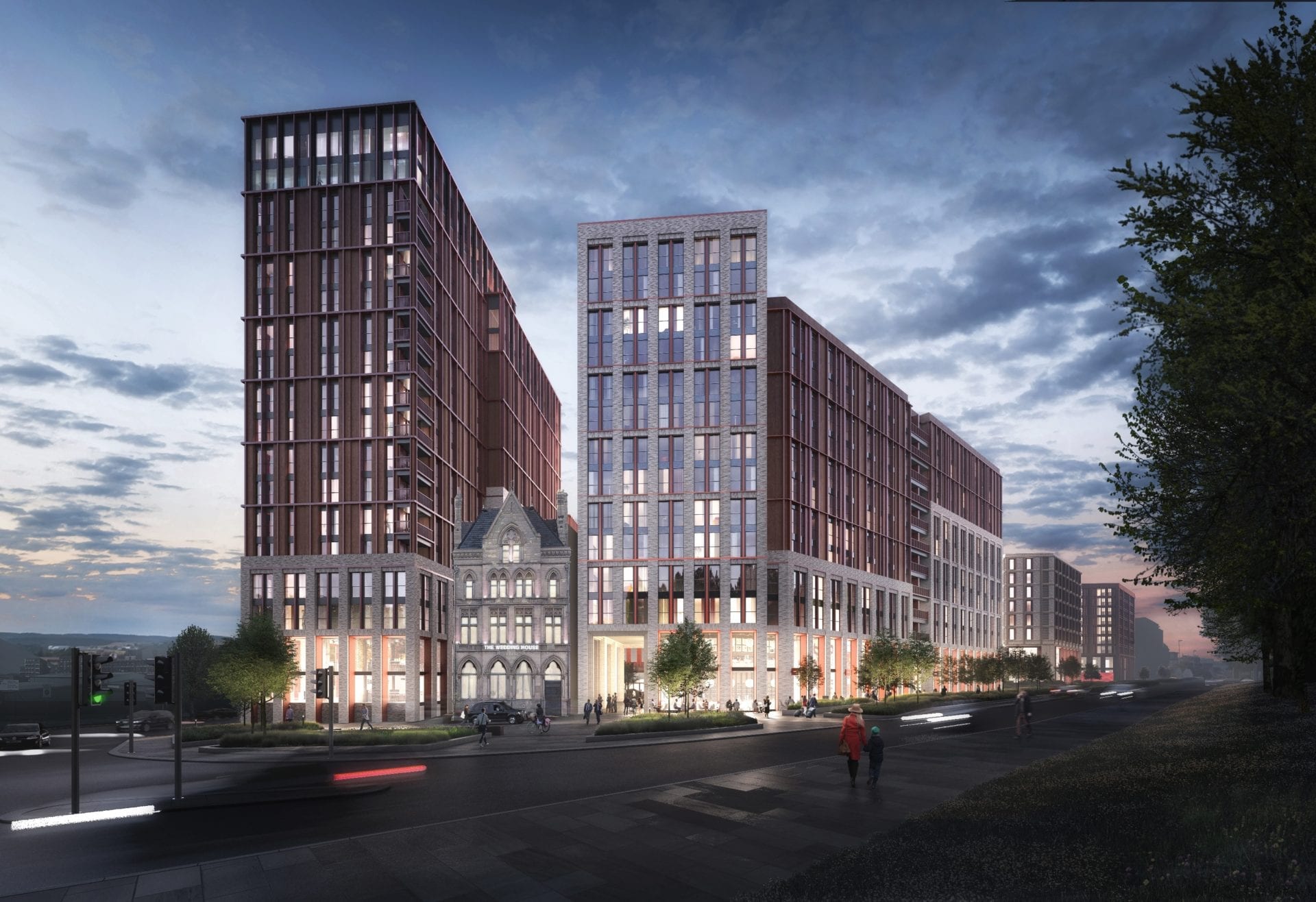 These images show how an abandoned development site in Liverpool city centre could be transformed into a brand new neighbourhood for residents and businesses.

The Great George Street Project will ultimately lead to the creation of a new mixed-use neighbourhood on vacant land between the city’s Baltic and Georgian Quarters, subject to planning consent.

Work on Phase One of the development – comprising 117 apartments and 4,122 sq ft of commercial space – will resume this winter in line with a previous planning consent.

But Great George Street Developments has redesigned Phases Two and Three of the scheme to ensure they align more closely with the city’s strategic aspirations and better connect and relate to adjacent districts. If consent is granted, work on these phases could start by Spring next year.

The new proposals, which have just been submitted to the council, include the transformation of Great George Street itself to create a linear park and landscaped public spaces along what is a key route into the city centre. 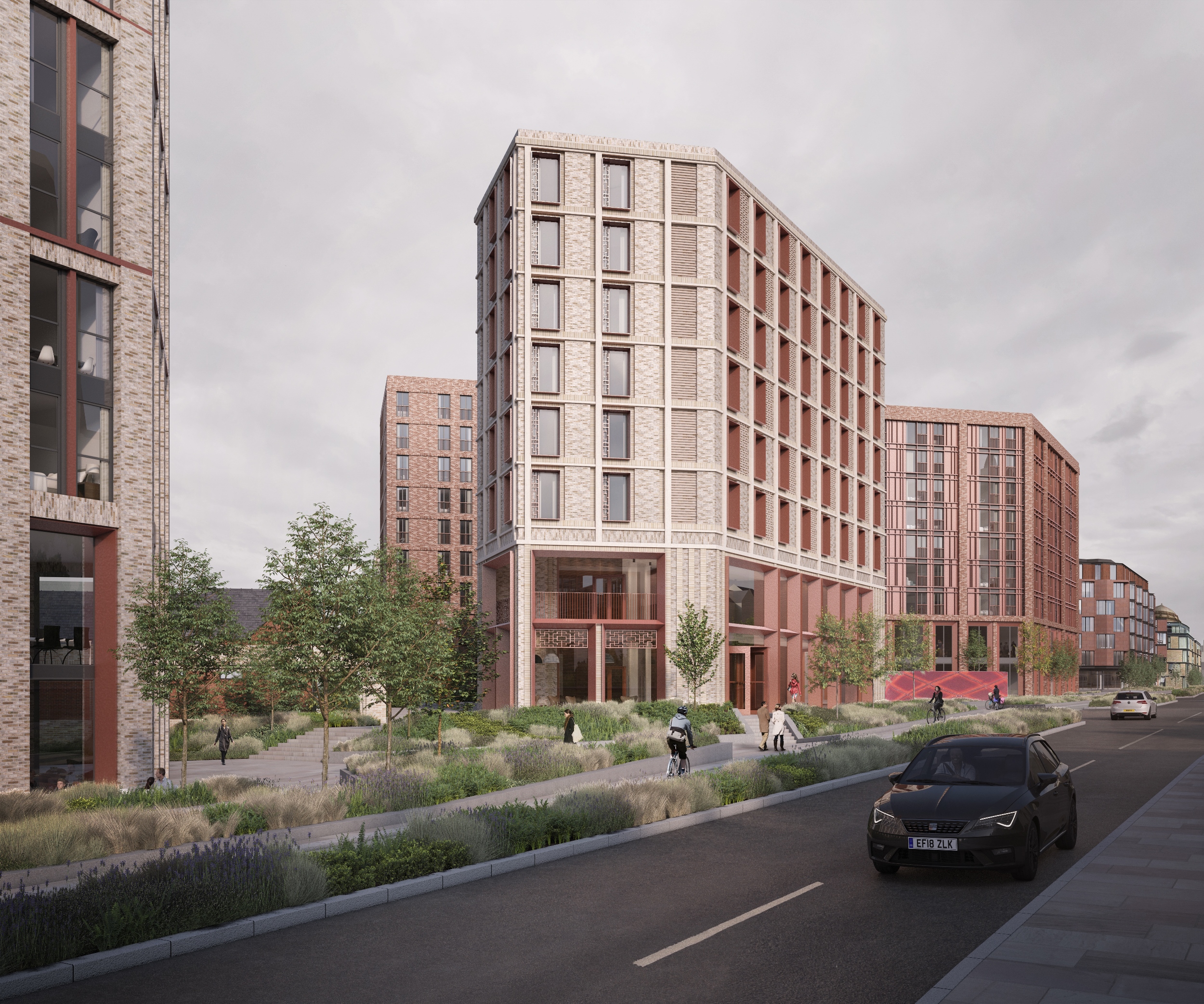 The new design for Phases Two and Three could see the creation of a total of approximately 466 largely one, two and three-bed apartments, 37 townhouses, 60,547 sq ft of commercial space for shops, restaurants and bars, 45,026 sq ft of office space and development of a new 144-bed hotel.

There would also be 427 underground car parking spaces for residents and guests.

A key characteristic of the new scheme is the creation of new green space and public areas, including a square where public events such as markets and cultural performances could be held.

The architectural style of the proposed development has also changed compared to previous plans for the site. Great George Street Developments has also introduced office space into the scheme as well as larger ground floor commercial units.

The developer is keen that the new neighbourhood becomes a home to local independent businesses.

The revised proposals follow a public consultation into the plans earlier in the year where the developer received overwhelmingly positive feedback from the public.

Neal Hunter, Development Director for Great George Street Developments, said: “We want to create a very special and vibrant district which will become a home for people and businesses or all kinds, with appropriate architecture and public spaces for events and outdoor activity.

“We think the design approach, which uses a lot of brick and exposed ironwork in construction, is sympathetic to the character of the Baltic Quarter and the backdrop of the cathedral, giving the scheme a distinctive character.

“The new open spaces, trees and landscaping will also make the development feel unlike anything else in the city centre.

“Ultimately, we want to create an inclusive neighbourhood which will become a destination for young enterprises and established businesses alike, as well as a home for people of all ages and family circumstances.

“We’re particularly interested in how we might attract local start-ups and businesses which might be outgrowing their existing space or looking for new co-working and venue opportunities.

“We believe we have significantly improved the quality of the scheme by introducing office space, larger commercial space and a more diverse mix of residential, including family homes.”

Mr Hunter said they have engaged closely with key stakeholders including Liverpool City Council and Historic England as they refined their plans.

The application is to be considered by Liverpool City Council in due course.