Africa Oye, the UK’s biggest free festival of music and culture from Africa and the Diaspora, will grace Sefton Park once again this summer and organisers have unveiled the first 3 acts of a globally acclaimed line-up for the event. Rachael Rhodes met with artistic director Paul Dunahey to tell us more about the exciting festival this summer.

Now in its 24th year, Africa Oye attracted record crowds of around 80,000 in 2015 to the two-day, family friendly city event, and the festival team are excited to reveal the first 3 acts for this year’s celebration.

Mbongwana Star are composed of former members of Congolese stars, Staff Benda Bilili. Shedding any preconceptions of African music that an audience may have, they perform an incredible mix of electro-rock, soukous and everything in between.

Defying comparison, Mbongwana Star’s socially and politically fueled lyrics combined with their unique sound is sure to be one of the highlights of the festival’s main stage programme. 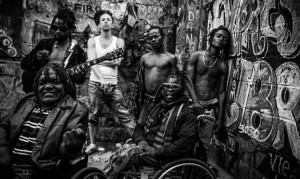 Pat Thomas has been hailed as “The Golden Voice Of Africa” with his unique tone and songs that come from the Fanti and Ashanti Twi dialects of the Akan language. His music updates the high life and the afrobeat – vocal and rhythmic music that rose during the 70’s in West Africa. He will perform at Oye in conjunction with the Kwashibu Area Band led by multi-instrumentalist Kwame Yeboah (Cat Stevens, Patrice) and saxophonist Ben Abarbanel-Wolff (Ebo Taylor, Poets of Rhythm). 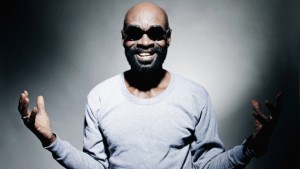 From the streets of Dar Es Salaam in Tanzania come a nomadic band who make incedible music from broken cymbals and bass guitars made from washing lines. Ifa Band, with their close harmonies and dishevelled elegance, blend Rumba and Bongo Flava with Muziki Wa Dansi in a fresh and exciting fashion.

Founded by blind guitarist Jafari Rashid Igomba, the group have gone from busking their away across Tanzania so they could reach their next gig to now playing the UK’s largest free festival of African music and culture. They will surely make their set one to remember. 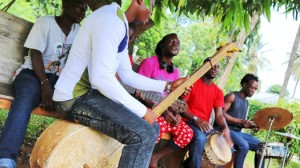 The main stage acts will be complemented by the usual eclectic ‘Oyé Village’ featuring an array of foods from across the globe, traders, DJs, dance classes and workshops in the Active Zone, as well as kids entertainment to keep Sefton Park buzzing throughout the festival weekend.

Artistic Director, Paul Duhaney is excited at the particularly diverse line-up of this year’s festival. “We had a record amount of applications to play the festival this year and it was a real challenge to whittle it down to the final line-up” he said. “These three are just the beginning of an exciting 2016 programme and I can’t wait to reveal the rest.”

Africa Oye will take place on 18th and 19th June in Sefton Park, from 12:30pm til 9:30pm both days. Entrance is free for all. For more information, visit africaoye.com