After setting a £25k target, Roz Tranfield has raised £134k for Clatterbridge Cancer Charity and says she’ll never stop - The Guide Liverpool
Contact Us Advertise with The Guide Our Video Services Follow us:

When she was told she had breast cancer, former model and beauty centre boss Roz Tranfield embraced her diagnosis as she does everything else in her life, with a positive attitude and a doubt-defying determination.

So it’s hardly surprising that when she decided to raise £25,000 for Clatterbridge Cancer Charity, she reached her target – and then some!

“I didn’t have time to wallow,” she smiles.

Seven years after she was first given her news Roz, from New Brighton, has raised £134,000 for Clatterbridge and, with a new target of £250,000, she has no signs of ever stopping.

“I’ll stop when I die,” she vows. “I had fantastic treatment from Clatterbridge, they are saving lives, and I owe it to them to give something back. 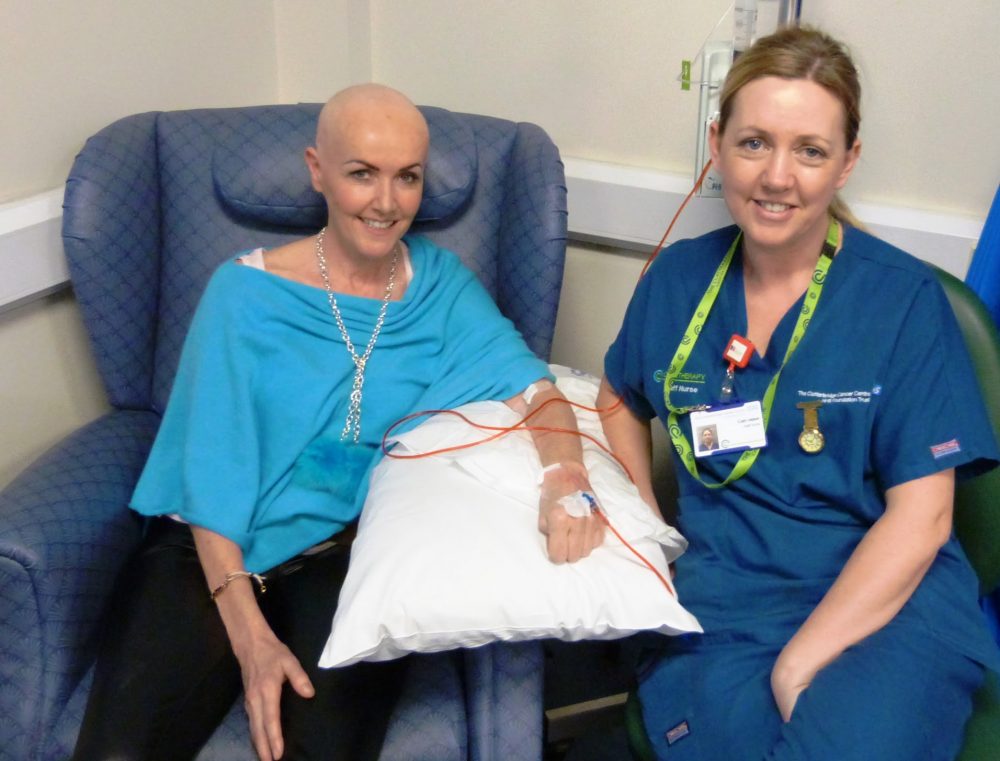 Roz getting the cancer treatment for which she was so grateful

“They need money for research so that in the future others won’t have to go through what I and so many other people have.”

And she adds: “Raising that money gives hope and a focus for people who have been diagnosed with cancer, and that’s the satisfaction for me, and why I’ll keep on doing it.”

It was in October 2014 that Roz was told she had breast cancer and needed a full mastectomy the following month.

While many, understandably, might crumble under the weight of such news, Roz had other ideas.

Three weeks after her operation and before she started chemotherapy, with then fiancé and now husband, Paddy, she dyed her hair pink and took part in a photo-shoot to raise awareness.

“It was New Year’s Eve. We walked in to Clatterbridge with bright pink hair and big smiles on our faces. What else do you do?” she asks.

Roz, 63, who has been a shining light for fund-raising and as a mentor to fellow cancer patients explains: “When I got my diagnosis I was still working – and still am – and just because I had cancer it didn’t occur to me to stop. 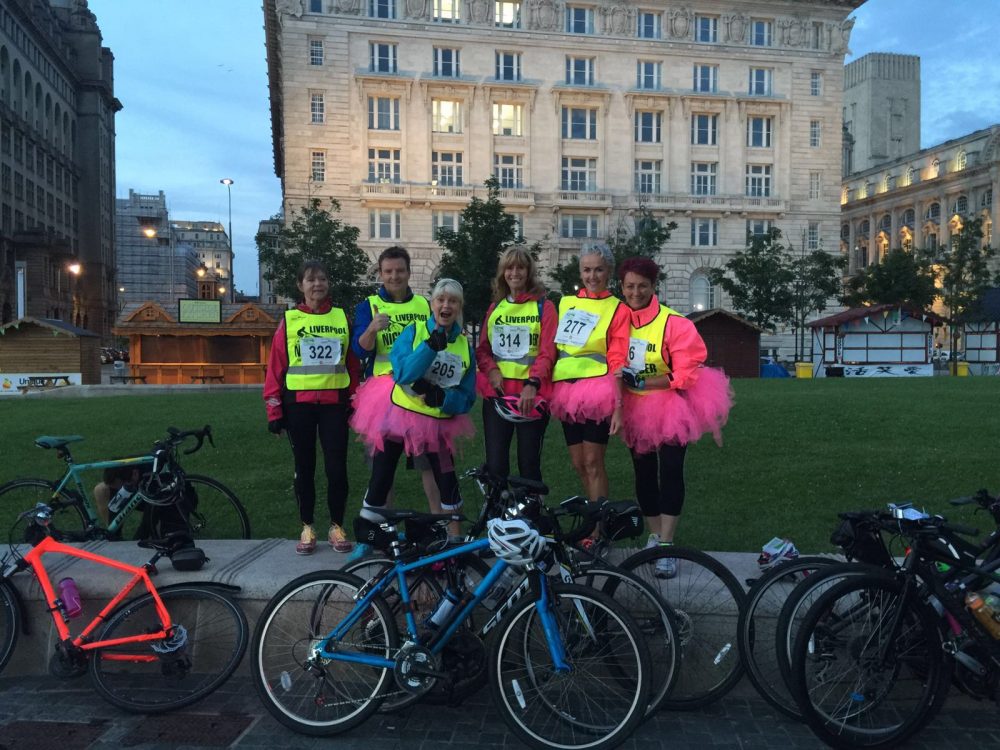 “I didn’t tell everybody, but word got round about my illness. I had one client who said: ‘I’m not being funny, but if you die by next year, who will tattoo my eyebrows?’ I said ‘don’t worry I’ll train someone else and make sure you’re okay’.

“Within weeks of being diagnosed, because I was positive, and I was working through everything and not crying, people asked me to speak to others in the same situation who were not coping as well. 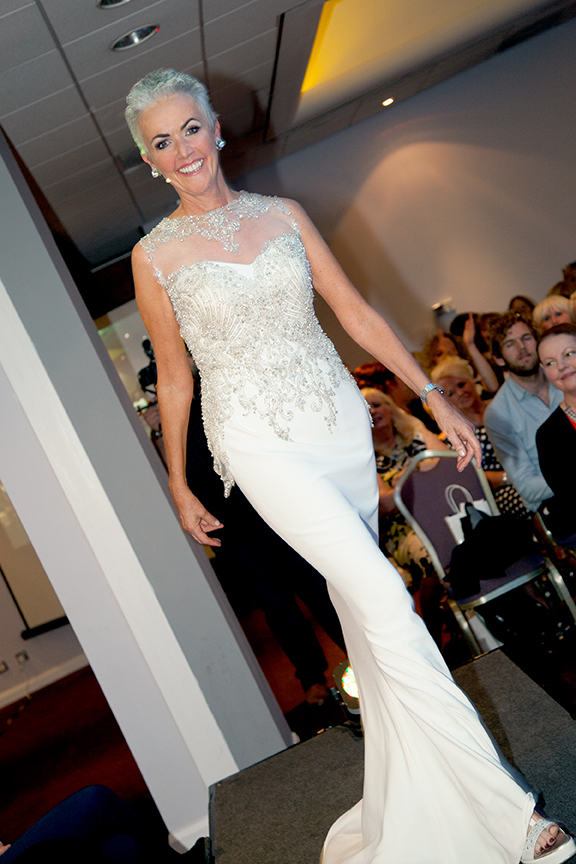 Roz on the catwalk of one of her fundraising fashion shows

“And that’s how it started.

“Even before I had my mastectomy, I had about half a dozen people who I met up with and was talking to, and who I was giving confidence to.  I started mentoring fellow cancer patients and I’m still doing it now.” 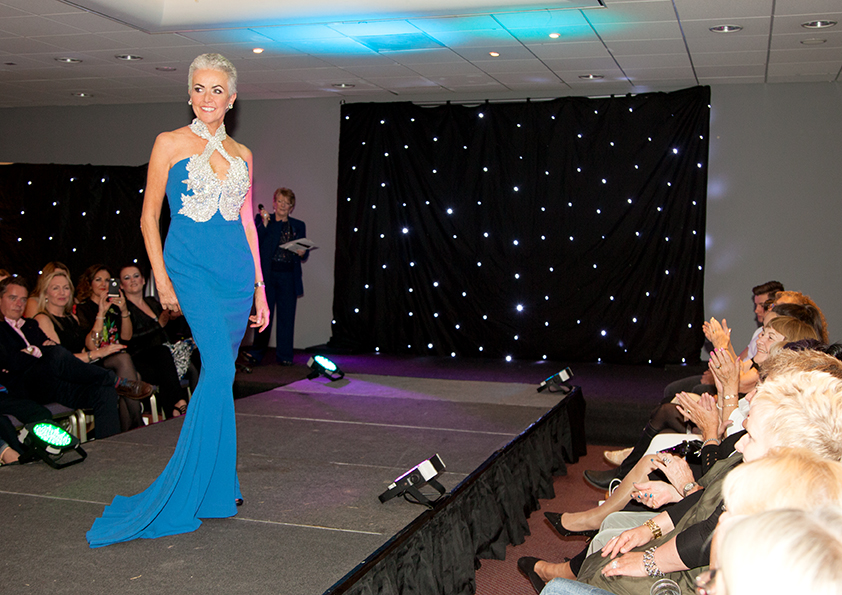 Roz on the catwalk of one of her fundraising fashion shows

But that wasn’t all Roz, who had three months of chemo and six months of Herceptin hormone treatment, decided to do.

“I realised that all these people with cancer needed a focus, and I wondered what I could do to give them something else to concentrate on, and look forward to,” adds Roz who, as well as travelling across Europe as a young fashion and photographic model, once had her own modelling and finishing school in the city.

“And I asked them if they fancied taking part in a fashion show. I said it would give them the chance to strut their stuff and show the world that, just because you have had a cancer diagnosis, your life doesn’t have to stop.”

The fashion show became a success and an annual spectacular – with the exception of 2019 and 2020 due to Covid – which will come back around May next year, along with other events.

And Roz (who has also written a book to raise money for Alzheimer’s charities in memory of her mum and received awards including Merseyside Woman of the Year) has also taken on other feats to raise money for Clatterbridge, including a wing walk, a sponsored 100K bike ride – itself more challenging due to a lifelong condition Roz has which causes extreme fatigue – and, to top it all, climbing Kilimanjaro. 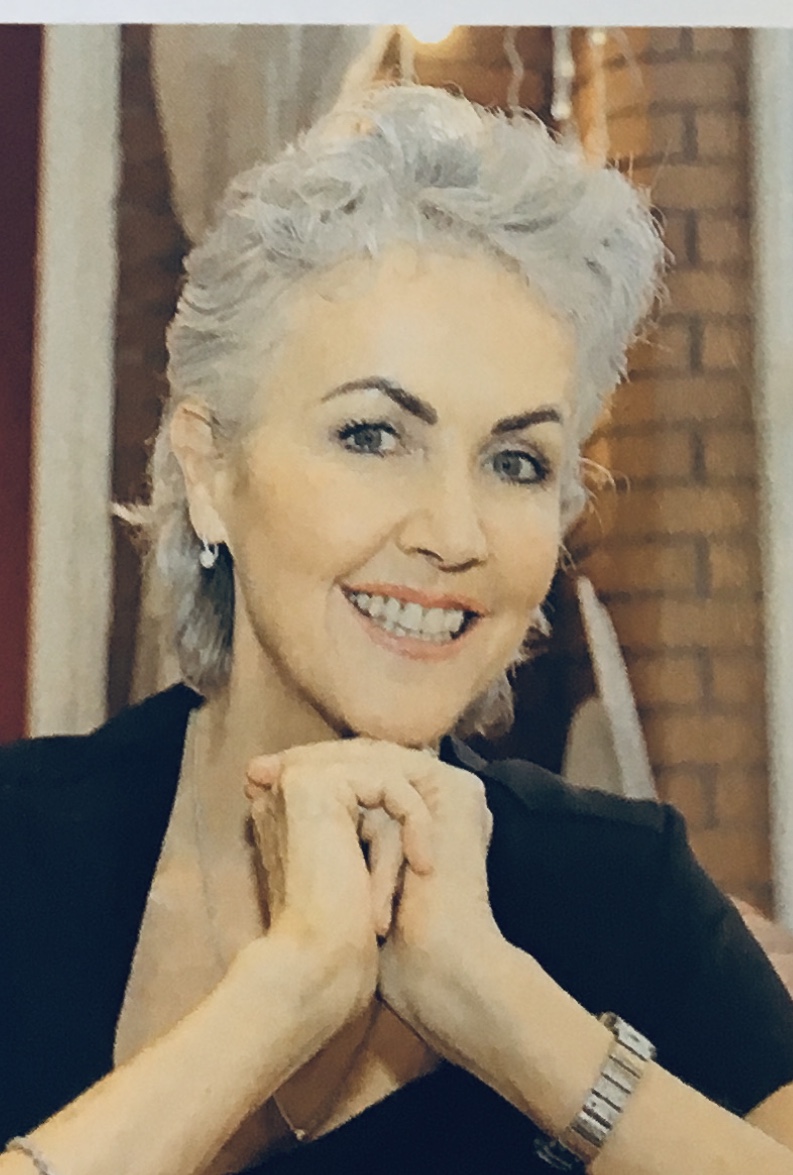 “I am a great believer that if you think positively, positive things happen,” says Roz.  “If you are down in the dumps and you allow yourself to wallow in it, it makes you ill.

“I have always had a business to run, I had girls who worked for me, and I had a responsibility to them. It’s in my character to be strong.

“Although I realise everyone is different.

“And that’s why being there for other people hopefully helps them and me, while raising funds helps Clatterbridge and many other people in the future.