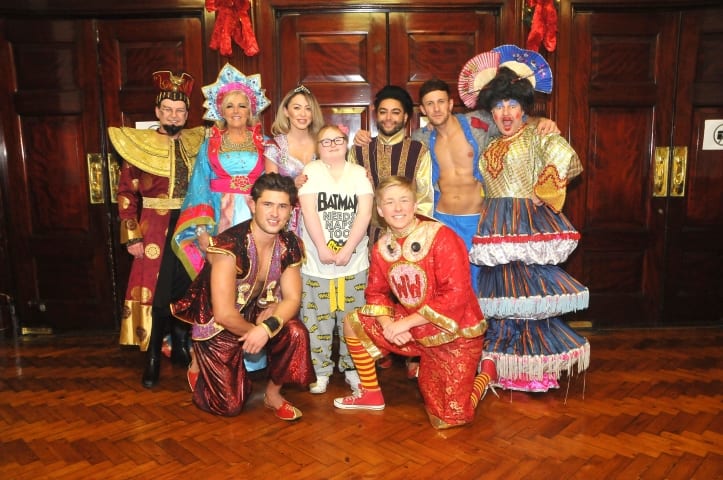 The cast of Aladdin at The Epstein Theatre made a dream come true for a young teenager who is battling leukaemia for the second time.

14-year-old Katie Wright from Childwall was born with Down’s Syndrome and is a huge panto fan but is unable to go and watch Aladdin which opens tonight as she is currently undergoing gruelling chemotherapy at Alder Hey Children’s Hospital. It would be dangerous for Katie to sit in the audience amongst lots of other people due to risk of infection. 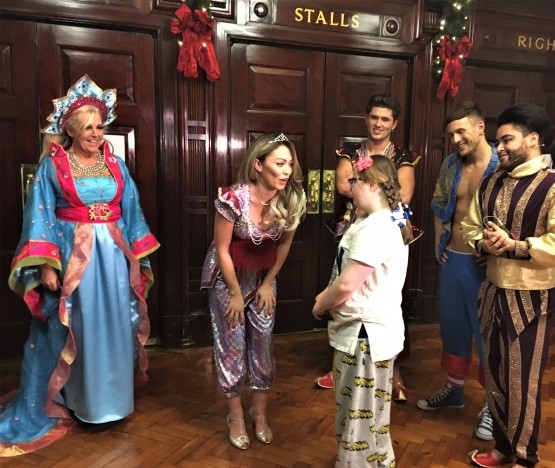 After hearing Katie’s plight, the Epstein Theatre manager, Rebekah Pichilingi, and panto producer Lee Kelly of LHK Productions decided to invite the brave youngster to come to the dress rehearsal and enjoy a sneak preview of the panto before it opens to the public tonight.

It was a magical afternoon for Katie who got to meet the stars of the panto which include Atomic Kitten’s Natasha Hamilton , X Factor’s Sean Smith, Magaluf Weekender’s Jordan Davies and Big Brother’s Mark Byron.

The cast admired a Christmas card which Katie had made for them and her Batman pyjamas. She chatted to Natasha Hamilton and Lewis Pryor even tried on Wishee Washee’s hat before settling down in the auditorium which she had all to herself to watch the panto. 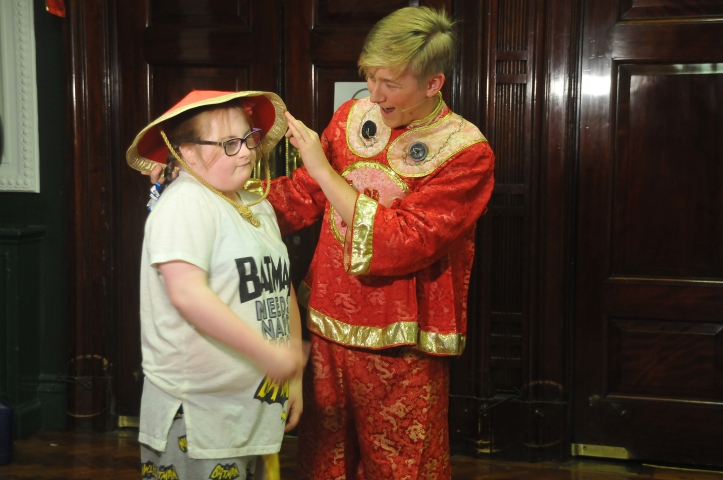 “They are all terrific!” Said a beaming Katie after having a selfie with the panto cast.  Described as “bubbly”and “lighting up every room,” Katie was first diagnosed with leukaemia at the age of 11. After receiving intense treatment, she was given the all clear last year and was awarded the ECHO Pride of Merseyside Courage Award in 2015.

Sadly, she has relapsed during the last two weeks and her family have now discovered that her best chance of survival is an incredibly costly treatment only available in the US. They are now trying to raise £120,000 to help in her second fight against leukaemia. 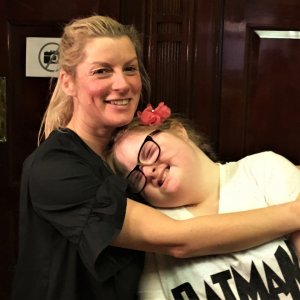 Her mum Rena said: “I am so grateful to the staff at the Epstein Theatre and the cast of Aladdin for giving Katie such a lovely time. She’s so poorly, we’re trying to fill Katie’s life with lots of fun and this afternoon has been absolutely magical for her.

“She has had two very nasty injections today so we’re very lucky that she’s been allowed out of hospital to enjoy the panto.

“Katie loves this theatre. I first got in touch with the Epstein when Katie first got sick with leukaemia. Going to see the panto was Katie’s “Christmas Wish” they’re her exact words, it was all she wanted. We needed to get a box so that Katie wouldn’t be too close to other people due to risk of infection but we couldn’t get one.

“Then I got in touch with Rebekah at the Epstein and she cleared 10 whole rows of seats for her, and put her in the middle to minimise the risk of infection. Since then we have become great friends and Katie is the Theatre’s mascot!”

Rebekah added: “It is a pleasure to help Katie is such a lovely girl who lights up the room. She has a big love of theatre and a love of life.

“We need to help her fight this dreadful disease and as a city, we need to get behind her and raise the money to help her get the treatment she deserves! I know Christmas is an expensive time but we urge people to make a small donation to help save Katie.”

Katie’s family have launched a campaign to raise the £120,000 needed to send Katie to Seattle for life saving Immunotherapy treatment which involves extracting Katie’s T cells which are genetically engineered and then put back into her body to fight the cancer cells.

Rena said: “We’re trying really hard to raise the money and have raised £30,000 in the last few days which is overwhelming  – Katie is so loved by everyone – we’ve got to fight for her!”

A “Save Our Katie” fundraising event will be held on Tuesday, 13th December at Hangar 34, Baltic Triangle L1 0BS featuring bands, dancers, auctions and raffle prizes.