All of these celebs are coming to Liverpool in 2019, who will you spot? - The Guide Liverpool
Contact Us Advertise with The Guide Our Video Services Follow us:

All of these celebs are coming to Liverpool in 2019, who will you spot? 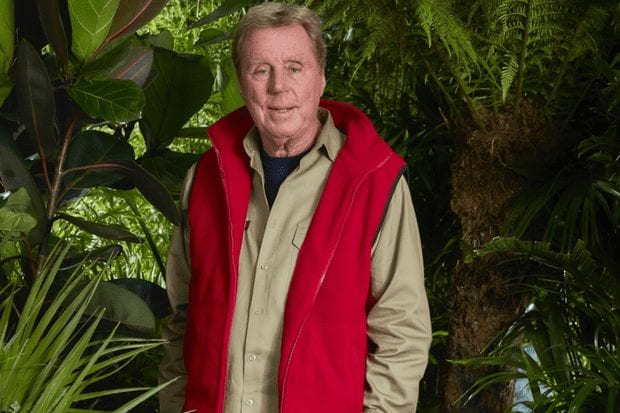 Home › Culture › Celebrity › All of these celebs are coming to Liverpool in 2019, who will you spot?

Stars from the screen and stage will be flocking to Liverpool in 2019 so if you love a celeb selfie, read on!

Alongside an incredible line up of international musicians, critically acclaimed west end shows and huge public events, Liverpool is welcoming a whole host of celebs in 2019. We’ve got TV royalty, a Sir, stars of the ballroom, a professor, a couple of Hollywood action men, the history man and so many more making Liverpool their temporary home, so if you’re into your celeb selfies, you best start practising your selfie pout!

As Liverpool Film Office reported its busiest year to date in 2018, there’s no signs of slowing down in 2019 with tonnes of film and TV crews choosing our amazing city for their backdrop. Check out what’s in the pipeline and see if you can spot an A lister, here.

These are the top 15 celebs and where you can see them in Liverpool in 2019….

The legend that is Sir Ian McKellen is celebrating his 80th birthday by going on a solo UK tour and he comes to the Liverpool Playhouse on 17th and 18th May 2019. Unsurprisingly both dates are already sold out, so we’ll see you at the stage door! Tour info here.

Hilarious impressionist, Luke Kempner brings his House of Faces tour to the Epstein Theatre on 26th September. Bigged up by the likes of comedy legend, Dawn French, Luke has wowed the crowds in Edinburgh and on Celeb Big Brother and he’s bound to sell out in Liverpool too. More info here.

Queen of the Jungle, Inbetweener and John Barrowman’s BFF, Emily Atack embarks on her debut tour this Spring and she’s making a beeline for the Epstein Theatre on Friday 17th May. Talk Thirty To Me is full of hilarious, tongue in cheek observations and tales of a young actress. Reckon she’ll be out on Concert Square afterwards? Info here.

The king of the jungle will be swinging into the Liverpool Philharmonic on 7th May to talk about life as a football manager, his time in the jungle, no doubt about his beloved Sandra and a Q&A with the audience. You just can’t help but like him, can you!? More info here.

If you’re into science, the ultimate pin up star comes to the M&S Bank Arena on 21st February 2019. Professor Brian Cox brings his Universal World Tour 2019, filled with fascinating insights into our very origin and solar system. His previous tour not only sold out, it made the Guinness Book of Records! Tickets and info here.

The Queen of Clean and tv drama in 2018, Kim Woodburn returns to the Epstein Theatre on 18th May for an audience with performance. If you like your evening entertainment with big old dose of brutal honesty, hilarious anecdotes and inspiration, do not miss this! Info and tickets here.

How has it been 25 years since Australian heart-throb Peter Andre burst into the charts and made us all obsessed with 6 pack abs? Well he’s recounting his career and life in the lime light at the Liverpool Empire on 18th February 2019 and you could still be in the audience. What’s life really like being married to Katie Price? Info here.

Tickets are selling fast for ‘an evening with the history guy’ Dan Snow at the Epstein Theatre on 31st January 2019. Prepare to be completely enthralled as the historian and presenter recounts anecdotes plus little known historical facts about our beloved city. More info here.

We’ve loved her performances in so many shows, from Gavin & Stacey to Cilla and most recently Care on our TV screens and now proper northern lass, Sheridan Smith is bringing her second, highly anticipated album, ‘Northern Soul’ on tour to the M&S Bank Arena on 22nd March 2019. She can’t half belt a tune out! Info here.

And Iiiiiiiiiiiiii eeeeeee iiiiiiiiiii can’t wait to see and hear former X Factor star and chart topper, Alexandra Burke at the Liverpool Empire in The Bodyguard the Musical. From 26th February – 9th March, Alexandra will be belting out the Whitney soundtrack we all know and love. Tickets and info here.

Er hang on a minutes, Superman is coming to Liverpool! Comic Con Liverpool returns the Exhibition Centre from 8th-10th March and alongside the man of steel from The New Adventures of Superman, actor Dean Cain, you can also see Predator, Commando and X Men actor Bill Duke, Twilight’s Peter Facinelli and loads more. Info here.

More: If you’re all about the stage door selfies, click here for the best stage shows heading our way in 2019.

Da da da da da da daaaaaa, da da da da dah! The Fab-U-Lous Strictly Come Dancing judges will reunite with the stars of this years cast (including winner Stacey Dooley, Ashley Roberts and Dr Ranj Singh) to perform live at the M&S Bank Arena with two shows on 29th January 2019. Previously cast members have been seen shopping and enjoying a tipple in the city. Look out for some glitter balls! Info here.

More: From Westlife to Little Mix and of course, the one and only Elton John, click here to see our top pick of the 2019/20 tours coming to the city.

Who are you most excited about seeing in Liverpool this year? Have you booked tickets years in advance for a gig or performance? We want to hear your stories. Drop us a line on Twitter, Facebook, Instagram or email [email protected] and we’ll share the best on our socials.