Are you ready to get 'Lost In Colomendy' at Liverpool's Royal Court? - The Guide Liverpool
Contact Us Advertise with The Guide Our Video Services Follow us:

Are you ready to get ‘Lost In Colomendy’ at Liverpool’s Royal Court?

Liverpool writerNicky Allt is back at the Royal Court with a brand new comedy about everybody’s favourite school trip venue!

Lost In Colomendy follows four middle aged chancers who have been sent on a team-building course that will make or break them. There will be plenty of laughs as the four of them find themselves up a mountain without a paddle.

The cast has been confirmed and is full of familiar faces. Royal Court regulars Paul Duckworth (Scouse Cinderella, Brick Up 2), Alan Stocks (Mam I’m Ere, Father O’Flaherty Saves Our Souls), Jane Hogarth (Funny Money) and Liam Tobin (The Menlove Avenue Murder Mystery) are joined by Court debutant John Evans who has just finished a run in Peter Pan over at The Empire.

The director of the show is Paul Goetzee and it is being designed by Alfie Heywood.

Barry, Big H, Stan and Brian have known each other for years. Played knock and run as kids, played footy as teenagers and played the field in their 20s and 30s. Now they play hide and seek from the boss at B&Q while they try to see their shifts out in peace.

Helen the new manager has been brought in to try to get them working better as a part of the B&Q Customer Support Experience Squad. But these lads are different, they are difficult and frankly they are not arsed. Until they realise their cosy jobs are on the line.

Sorting this lot is going to call for some radical personnel development.

A compulsory team building exercise is booked in and the lads are heading back to Colomendy for the first time since 1978. Back then they were scared of Peg Leg but there’s nothing to be scared of now. Is there? 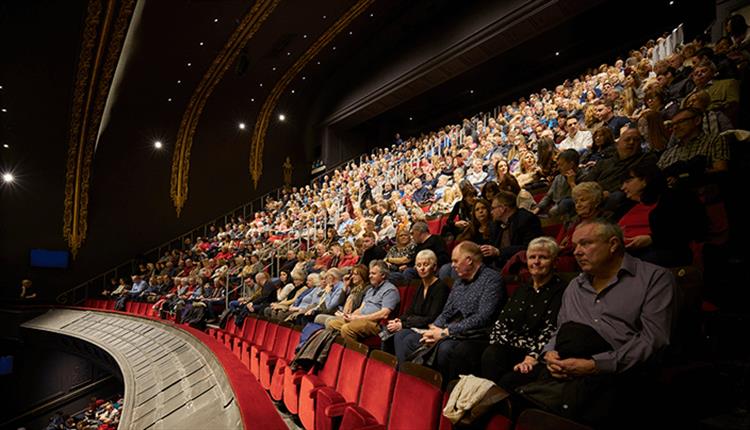 Executive Producer Kevin Fearon is looking forward to the new show: “Pretty much everyone in Liverpool has plenty of memories of Colomendy – good and bad! Nicky has been working hard on the script and the cast are already enjoying themselves in rehearsals so we can’t wait to see this one on stage. There will be a lot of laughs in this one so get a coachload together and set off for the Court!”

Scouse Snow White has had audiences in stitches over Christmas and that show runs at the Royal Court until 18th January. Watch for more here.

Tickets and information are available from www.liverpoolsroyalcourt.com or on 0151 709 4321