Army of volunteers cooking and delivering 100s of meals every week to vulnerable in Liverpool - The Guide Liverpool
Contact Us Advertise with The Guide Our Video Services Follow us:

A volunteer army of chefs, route organisers and drivers are providing hundreds of hot meals to vulnerable people every week during the coronavirus crisis.

St Michael’s Community Support Network in south Liverpool swung into action to arrange hot food drop-offs to those most in need.

Starting last month – with a debut dinner of scouse, of course – the team transports between 100 and 120 meals a day, three times a week.

Jacqui Comber is one of more than 240 volunteers who signed up to help the network when the crisis began.

Now she, like a core of others, has a route of regulars who look forward to her visits. 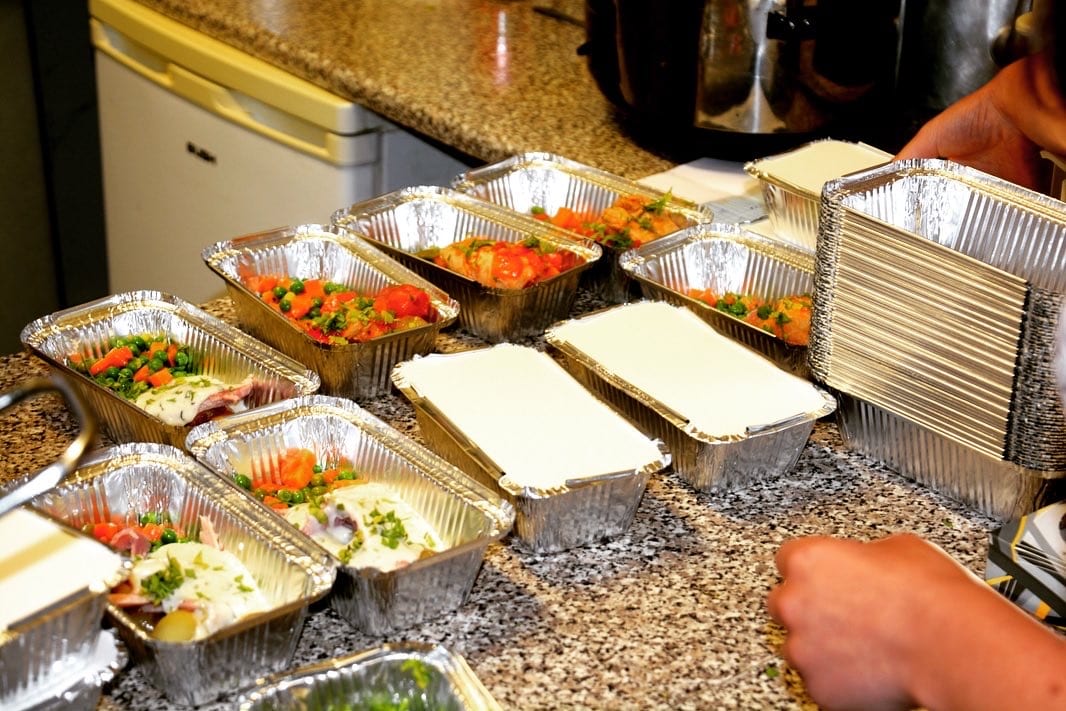 “When we deliver the response is amazing, they say it’s so nice to have food for the day and someone to talk to,” says Jacqui. “These are people who are elderly or vulnerable and they are shielding, they’re in isolation, so they can’t get out to get any food for themselves.

“We go to their homes and they’re just so glad to see us. One of the guys rang us to say he’d been feeling a bit down and then he got his hot meal and it cheered him up because it wasn’t just that he had something to eat, it made him realise somebody cares.

“That’s what we’re trying to do – to support people and make a difference where we can.”

No buskers & no tourists but still good to be back on the Pier Head as plans to start reopening Liverpool City Centre continue ?

Interview with Bill Addy @LpoolBIDcompany on those plans here ?https://t.co/QgzKixkdfL

Can’t wait to see this place back to how it was, Jay ? pic.twitter.com/njWIpy3p0W

Jacqui, who lives in Mossley Hill, joined St Michael’s Community Support Network after spotting an appeal in the window of shop while she was out walking in Sefton Park.

“It said they were looking for volunteers to help with delivering prescriptions, shopping and dog walking,” she says. “I texted to offer help, and Kal Ross who is the project organiser rang and asked what I could do.

“I usually work in St Hugh’s Primary School as learning support two days a week, and I volunteer one day doing meet-and-greet at Strawberry Fields, but because of the virus I had more time and I was looking for something else to do. This was a way to do my part and help where I could.” 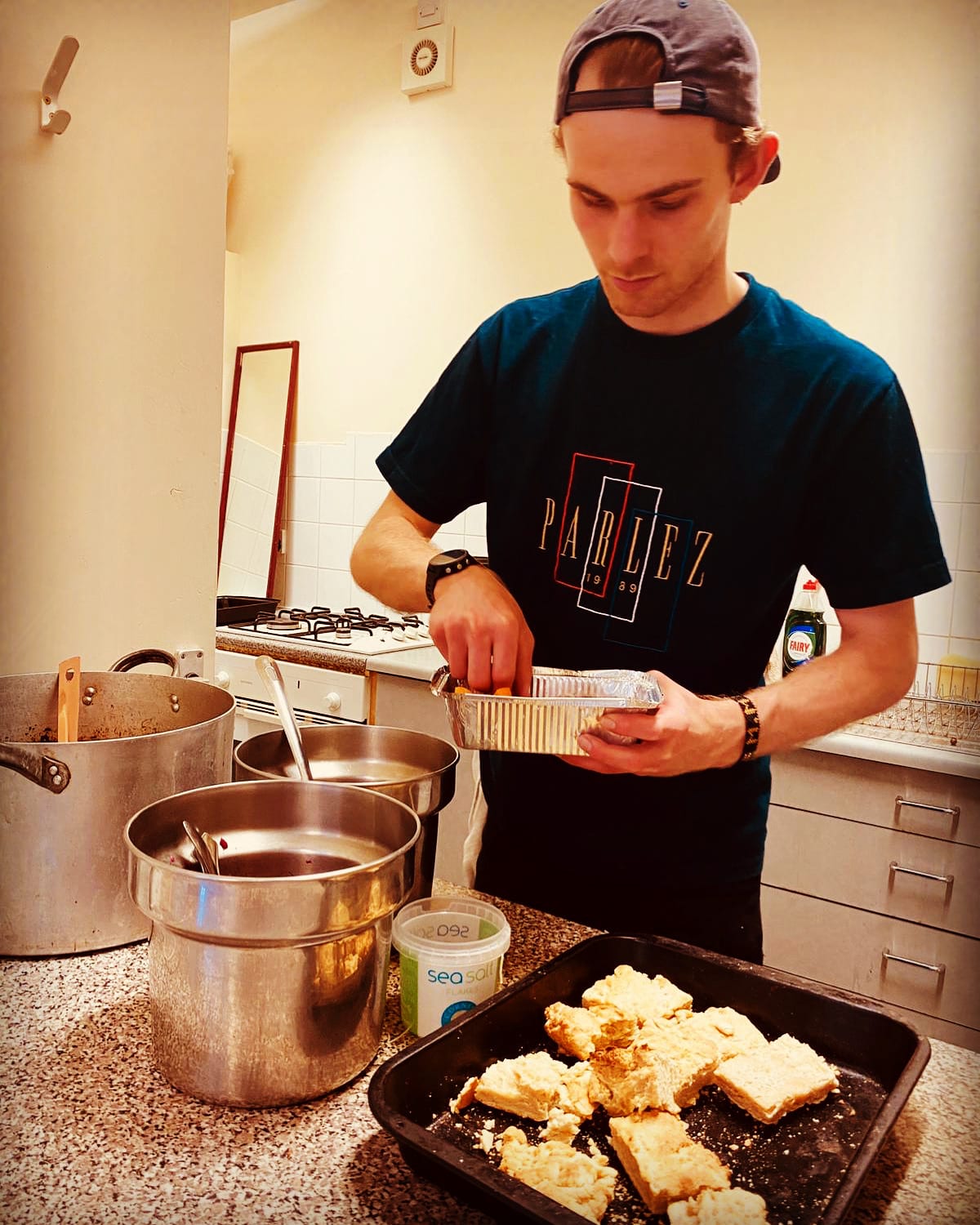 At the end of May, when the restaurant which had been providing meals was no longer able to because its own business was changing, the network stepped in to take over the meals on wheels service.

“Kal said we’d take over and he got it all organised so it was seamless, there wasn’t a gap where people missed out.

“St Michael’s Cricket Club in Aigburth came forward and said we could use their facilities and their kitchen. We have chefs, who are amazing and cook everything from scratch, Sam who organises the routes, Terry who makes sure we have all the PPE for when we deliver the food, and a core of other volunteers. It’s just a lovely team.”

The meals on wheels service launched on May 22 and now operates on Wednesdays, Fridays and Sundays, stretching from St Michael’s to Allerton, Hunts Cross, Cressington, Mossley Hill, Princes Park and West Derby.

“We did fish and chips, mushy peas and tartar sauce on Friday, that was a massive hit, and we do roast dinners on a Sunday which everyone loves,” says Jacqui.

“We’re trying to take out two dinners with some deliveries so on Sunday I took out the roast dinners and also sausages and new potatoes for Monday so we know people have another meal already prepared, they just have to heat it up.

“Without our deliveries, we just don’t know when they would get a hot meal because a lot of people who are elderly, or who have health issues, are still too worried to leave the house.”

Jacqui says it’s about more than just the food – even though obviously all those who get meals are very grateful. 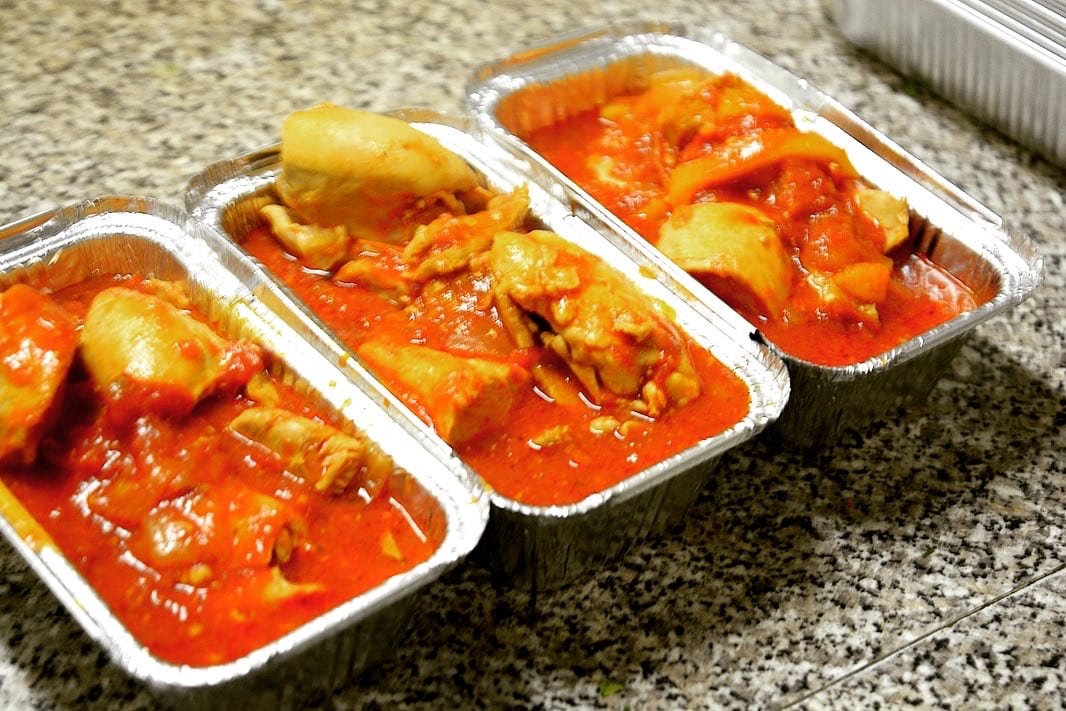 “We make sure they’re OK and chat to them when we give them their meals, and it reminds them that they matter. Sometimes they’re afraid to ask for help because they think there’s someone more worthy than them, but we tell them the support is there for anyone who needs it.”

The project relies on funding to keep creating its meals – at least 300 every week – but Jacqui says the response they’ve had in the city, from individuals and businesses, has been heart-warming.

“West Lancs Freemasons charity stepped in and made a donation which has helped us keep going, and Liz McClarnon’s dad John has been a big supporter too.

“The network has a Go Fund Me page set up and people have been really generous, including some of those we deliver to who just want to show their thanks.

“We’ll keep going as long as the need is there and we’ve got the funding,” she adds.

“The positive outcome of this virus has been how many people have come together to help each other. It’s definitely brought communities together, and hopefully that will carry on.”

You can support by donating to the Go Fund Me page here.

How exactly does the coronavirus test and trace app work? Find out in our latest vlog from Liverpool Public Health boss Matt Ashton.?

MORE - Let The Guide Liverpool help you get back to business