The average cost of filling a typical family car with petrol could exceed £100 for the first time.

Data firm Experian Catalist said a litre of petrol cost an average of 180.7p on Tuesday.

That was an increase of 2.2p compared with the previous day.

This was the largest daily jump on 17 years, according to the RAC.

A similar increase on Wednesday will take the average cost of a full tank for a 55-litre family car to more than £100 for the first time.

The average cost for the day will be published on Thursday morning.

Some forecourts are already selling petrol above £2 per litre, according to price comparison website PetrolPrices.

The highest price was found to be 202.9p at BP sites on the A1 near Sunderland, Tyne and Wear; the M4 near Chippenham, Wiltshire; and the M6 near Burton-in-Kendal, Cumbria. 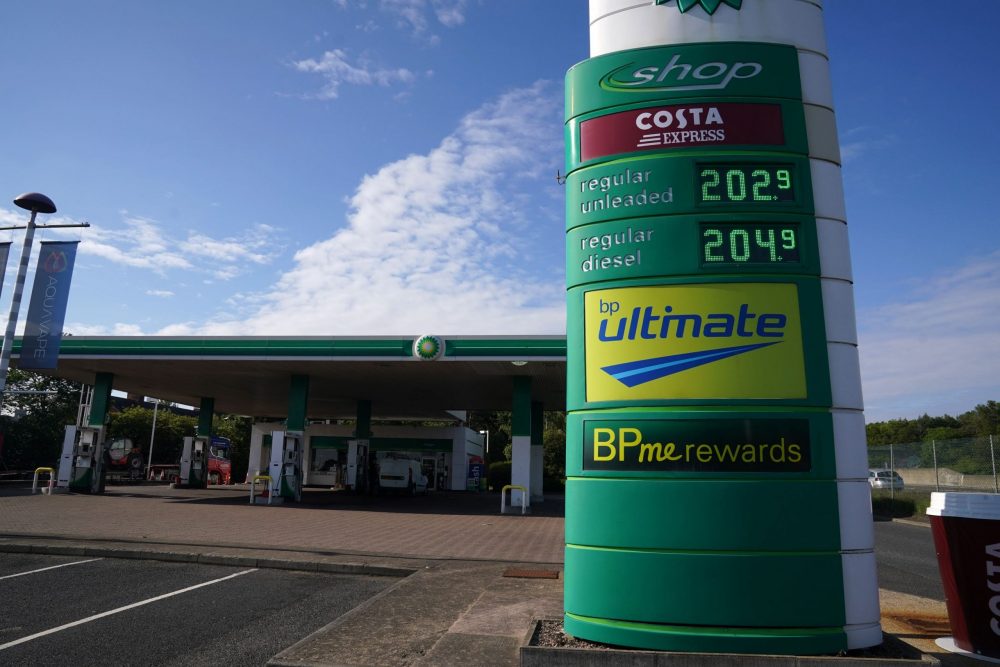 The most expensive forecourts on local roads are selling petrol at up to 196.9p per litre in Glasgow and near Stafford, Staffordshire.

Average diesel prices are also at a record high.

“A full tank of unleaded has now shot up to £99.40, moving us ever closer to the milestone £100 petrol fill-up – an unfortunate landmark we may reach as soon as today.

“Asda hiked its average petrol price nearly 5p a litre in a single day, which is unheard of.

“These are unprecedented times in terms of the accelerating cost of forecourt fuel.”

He added that “we are still some way from the peak” as it will take several days for an unexpected fall in wholesale costs on Tuesday to be reflected in pump prices.