Ball bearings in Liverpool bomb could have caused significant death, police say - The Guide Liverpool
Contact Us Advertise with The Guide Our Video Services Follow us:

The bomb used in the Liverpool Remembrance Sunday attack was a homemade explosive with ball bearings attached to it and could have caused “significant injury or death”, police have said.

Emad Al Swealmeen, 32, died when the taxi he was a passenger in exploded outside the Liverpool Women’s Hospital just before 11am on Sunday.

In an update on Friday, Assistant Chief Constable Russ Jackson, head of Counter Terrorism Police North West, said: “Although there is much scientific work to do on the device to determine what made it up, we have learned a great deal over the past five days.

“It was made using homemade explosive and had ball bearings attached to it which would have acted as shrapnel.

“Had it detonated in different circumstances we believe it would have caused significant injury or death.

“We still do not know how or why the device exploded when it did, but we are not discounting it being completely unintentional, and it is a possibility that the movement of the vehicle or its stopping caused the ignition.

“We are spending considerable time seeking to understand the way the purchases for the ingredients to make the device were made.

“This is complicated because purchases have spanned many months and Al Swealmeen has used many aliases.

“We are confident however that in time we will get a full picture of what purchases were made and how, and if anyone else was involved or knew what Al Swealmeen was up to.” 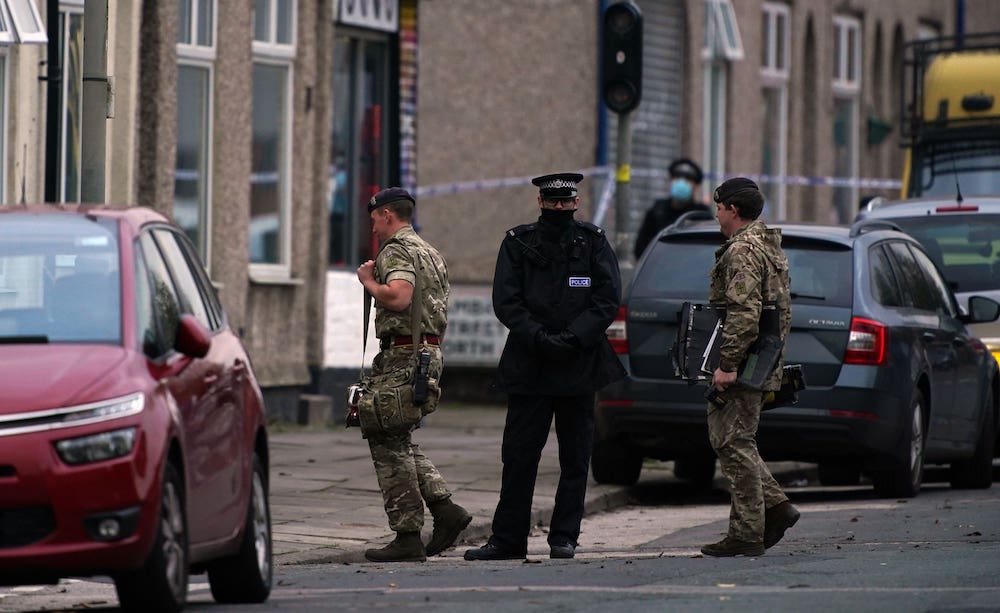 He said there was no link between the incident and the Manchester Arena bombing in 2017, which he said involved a different type of device.

Taxi driver David Perry escaped from the explosion with injuries.

Mr Jackson said “significant progress” was being made in the investigation, which includes ongoing searches at addresses in Sutcliffe Street and Rutland Avenue in Liverpool.

He said: “Officers spoke with the brother of Al Swealmeen yesterday evening and this has given us an insight into his early years and an understanding of Al Swealmeen’s life and his recent state of mind which is an important line of investigation.

“We are grateful for members of the public who knew him and have contacted us.” 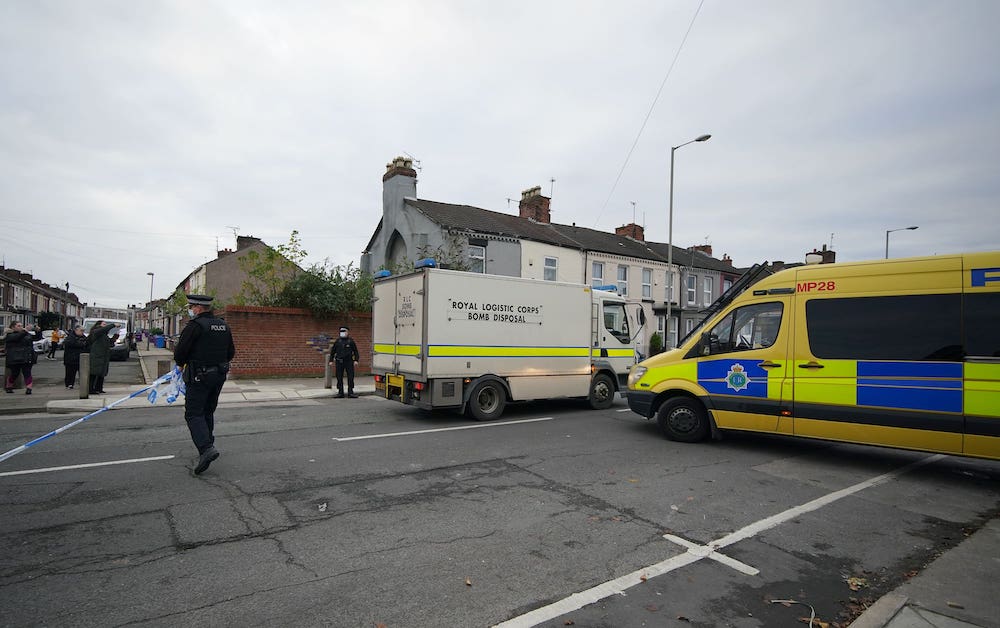 The asylum seeker, who had converted to Christianity, reportedly arrived in the UK from the Middle East in 2014 and had an application for asylum rejected the following year, but had a fresh appeal ongoing at the time of his death.

Earlier this week, Home Secretary Secretary Priti Patel claimed he had been able to exploit Britain’s “dysfunctional” immigration system by staying in the country.

Police said Al Swealmeen had been renting the property in Rutland Avenue, near Sefton Park, since April and was making “relevant purchases” for his bomb from at least that time.

MORE - Record month for Liverpool’s I Am Moore, with almost 40 young people placed into full-time employment