Best picture winner Nomadland reviewed and all of the Oscars 2021 winners - The Guide Liverpool
Contact Us Advertise with The Guide Our Video Services Follow us:

We review Nomadland, this year’s winner of the best picture award at the Oscars.

Film critic Damon Smith reviews Nomadland, this year’s winner of best picture at the Oscars, which streams exclusively on Disney+ from April 30 and screens at UK and Irish cinemas from May 17.

In one of the naturalistic conversations tightly woven into the fabric of Nomadland, Bob Wells, a real-life trailblazer for the van-dwelling nomadic lifestyle, explains to Frances McDormand’s widow that members of his free-spirited community never say goodbye.

“We just say, ‘I’ll see you down the road’,” he softly professes.

It is impossible to say farewell to writer-director Chloe Zhao’s achingly beautiful and poetic paean to solitude inspired by Jessica Bruder’s non-fiction book Nomadland: Surviving America In The Twenty-First Century.

Directed, produced, written and edited by the Chinese-American filmmaker, this delicate character study lingers fondly in the memory, dedicated to a generation of outsiders who have abandoned conventional living and created self-sufficient communities off the beaten track.

McDormand’s unself-conscious lead performance as a grieving vagabond on the fringes of American society is enriched by a non-professional supporting cast of real-life nomads.

Zhao’s elegant script exercises restraint when feelings are most heightened: characters turn their backs on the past without fanfare and when one nomad dies, the tribe tosses rocks into an open fire in remembrance, causing embers to spew heavenwards into a starry firmament.

Nomadland opens with archive images of Empire, a prosperous mining town in the Black Rock Desert of northern Nevada.

When the gypsum plant closed in 2011, the God-fearing community evaporated, leaving behind a graveyard of weather-beaten empty stores and company homes. 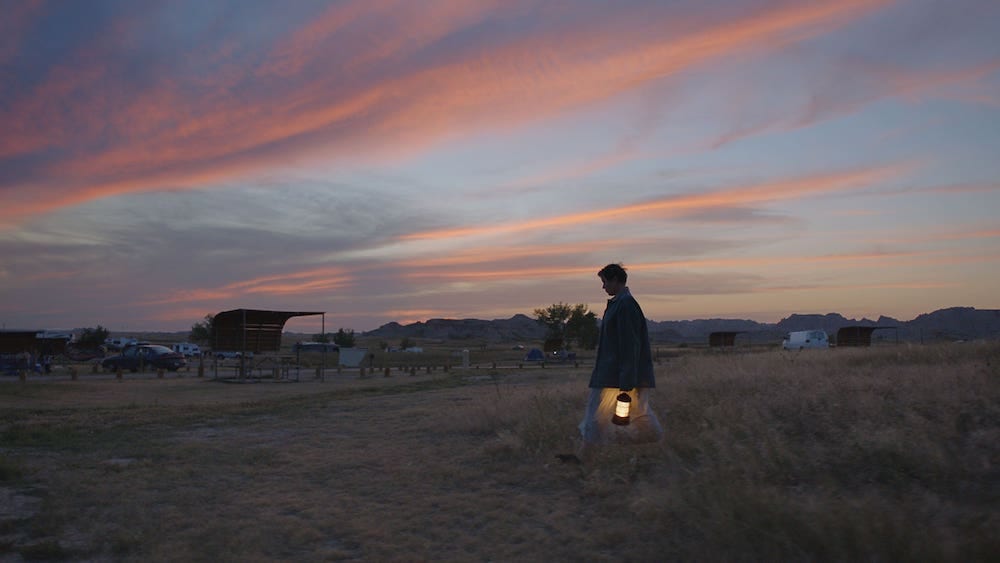 A seasonal job fulfilling orders at an Amazon warehouse tides her over.

One of Fern’s colleagues, Linda May (playing herself), quits the cacophonous shop floor for the serenity of a desert camp run by Bob Wells, which provides “a support network for people who need help now”.

Fern follows Linda May to sun-scorched Arizona, where she is embraced by dispossessed and displaced souls including David (David Strathairn) and Swankie (Charlene Swankie).

Moving between camps and temporary jobs, Fern is pricked with guilt by an overdue reunion with her sister (Melissa Smith) before she confronts the reality of life without her husband.

Using Fern as a dramatic fulcrum, Nomadland cherishes the enduring power of the human spirit on numerous soul-stirring detours without a clearly designated and potentially contrived final destination. 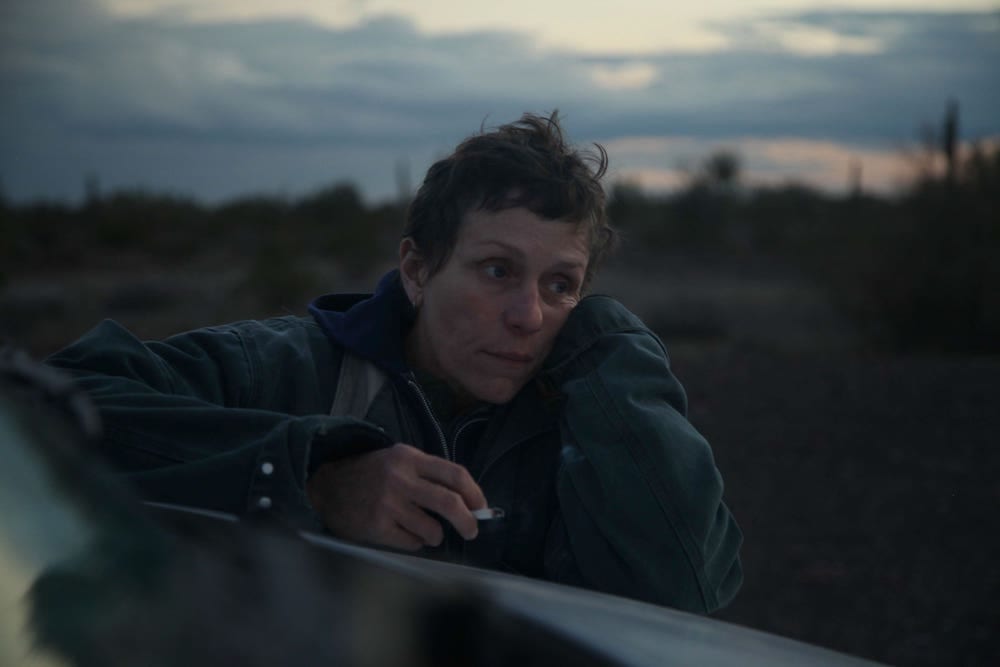 Zhao’s understated and profoundly moving trek into America’s economically ravaged heartland does not draw attention to its simple yet artful construction.

McDormand melts effortlessly into her surroundings, fiercely committed to authenticity in her role whether she is relieving herself in a bucket or tenderly recalling her father’s poignant mantra: “What’s remembered, lives.”

MORE - Here’s the lineup for the Good Business Festival launch which you can go to for free!

Best original song: Fight For You (Judas And The Black Messiah)

Best international feature: Another Round (Denmark)

Best animated short: If Anything Happens I Love You