Bombed Out Church to host second light spectacle this weekend

On Saturday 15th August, the Bombed Out Church was at the heart of something truly special: it hosted one of Liverpool’s very first performance spectacles after lockdown.

In partnership with Bring the Fire Project, Katumba Movement & Drumming and Zest Event Management, the Bombed Out Church presented ‘The Spark Ignites’: the Opening Night of the Liverpool Ignitus Festival of Performing Arts.

The aim of the festival, taking place in August, September and October 2020, is to re-connect Liverpool’s vibrant performing arts scene with its audiences. With a strong focus on wellbeing, the events raise awareness of the plight the performing arts found themselves in during lockdown without an income and send out a clear message to their audience; the performing arts need your support. 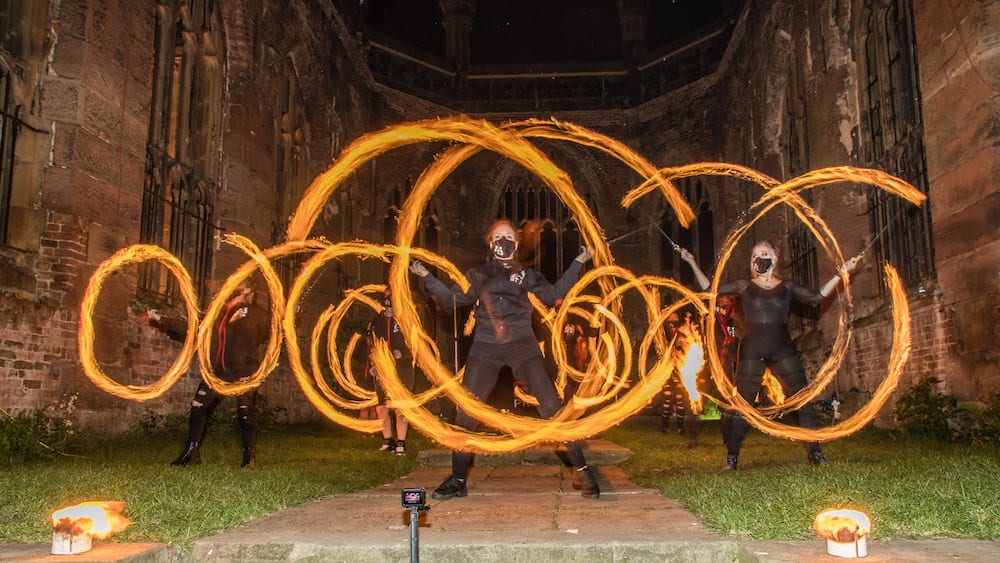 The Bombed Out Church, itself deserted during lockdown, opened its doors to the public again on 15th August. With the uniquely stunning backdrop provided by the church, the audiences were treated to a free night of spectacular performances from Katumba Movement & Drumming and Bring the Fire Project.

The next event in the series of Liverpool Ignitus Festival of Performing Arts, ‘Rise of the Phoenix’, takes place on 29th August, also at the Bombed Out Church.

The family-friendly event is all about positive movement. Starting from 1PM, experienced practitioners will teach Circus skills, Yoga and Dance safely, in socially distanced workshops. Following on, the team behind Ignitus will treat their audience to a lustrous evening programme, showcasing some of Liverpool’s finest performers. 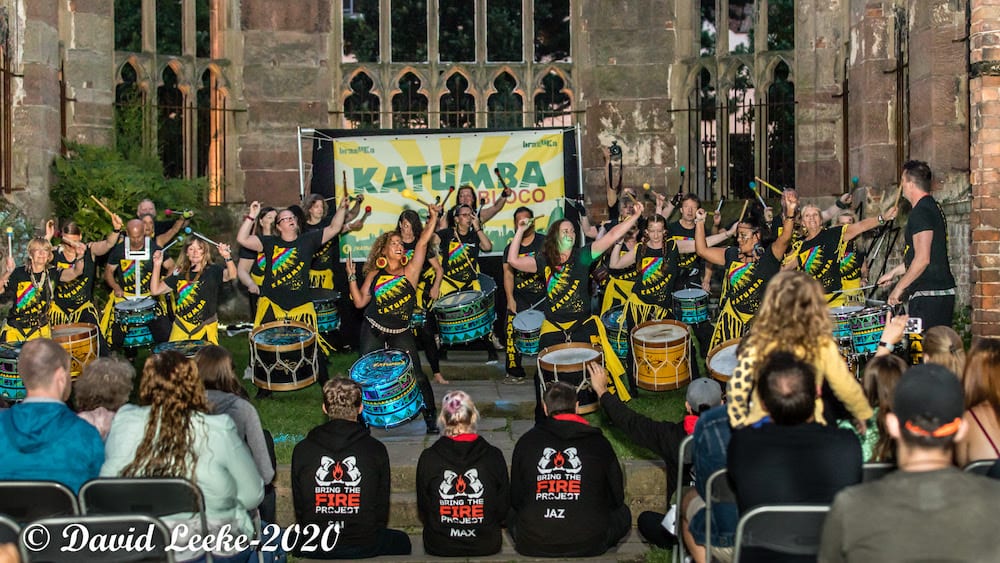 Places are limited and pre-booking is essential.

Book your place at the workshops and the performances here.