Boris Johnson will tell the public to ‘learn to live’ with Covid-19 in a press conference later today - The Guide Liverpool
Contact Us Advertise with The Guide Our Video Services Follow us:

Prime Minster Boris Johnson is to tell the public in England that they’ll be left to their “judgment” to manage coronavirus risks as ‘Freedom Day’ approached on July 19.

Boris Johnson will lead a Downing Street press conference on Monday where he will tell the public that the country must “begin to learn to live with this virus” in the clearest indication yet that he is preparing to do away with a swathe of restrictions on daily life.

Mr Johnson will update the nation on the future of the one metre-plus rule in hospitality venues, the use of face coverings and work from home guidance, with multiple reports suggesting they will all be scrapped. 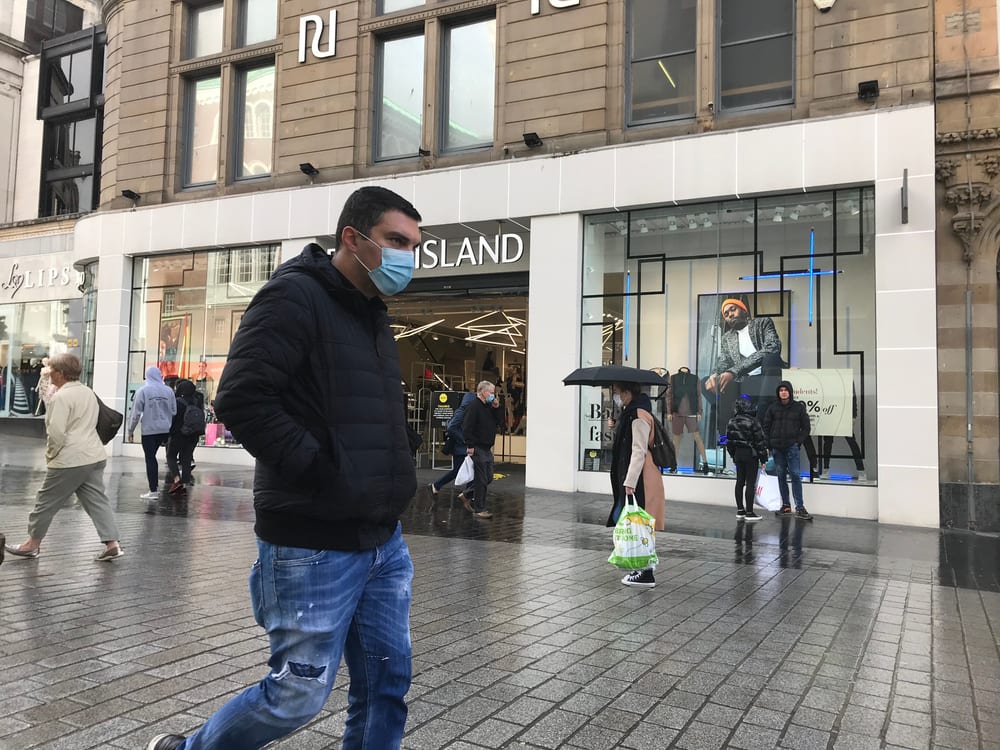 It has been suggested that from so-called “freedom day” on July 19 mask wearing will become voluntary, while social distancing in pubs and bars will end – along with needing to use a QR code to check-in – meaning a return to drinking at the bar without the requirement for table service.

Mass events, including festivals, will also reportedly be allowed under the proposals for the final stage of the road map out of lockdown.

Alongside the press conference, Health Secretary Sajid Javid will address the Commons on Monday to update MPs on any changes.

The Prime Minister is expected to say:

“Thanks to the successful rollout of our vaccination programme, we are progressing cautiously through our road map.

“Today we will set out how we can restore people’s freedoms when we reach Step 4.

“But I must stress that the pandemic is not over and that cases will continue to rise over the coming weeks. 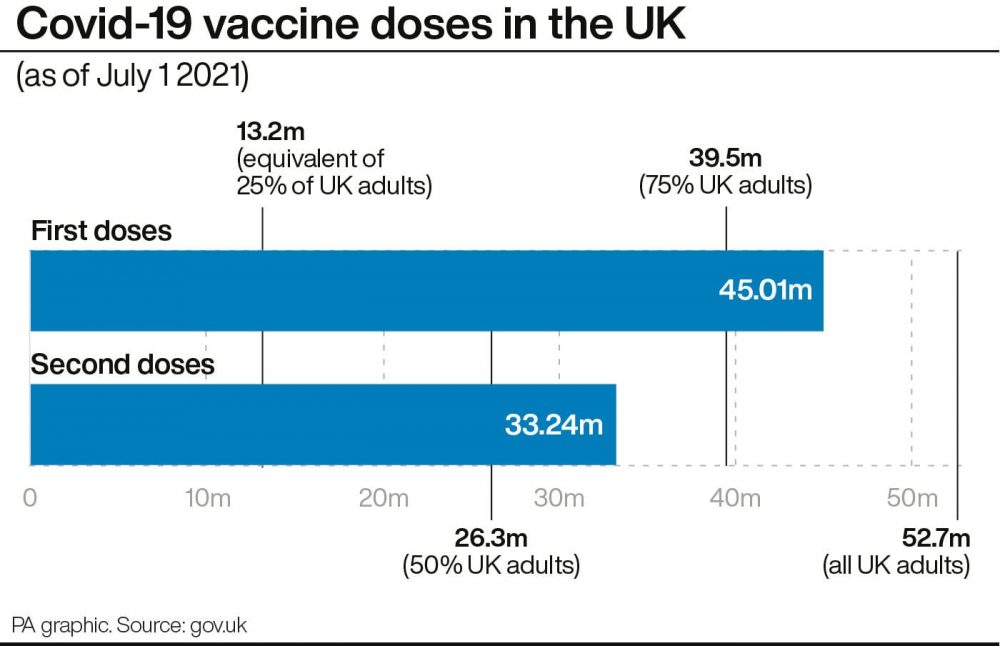 “As we begin to learn to live with this virus, we must all continue to carefully manage the risks from Covid and exercise judgment when going about our lives.”

Alongside the press conference, the Government will publish the results of its reviews into the use of so-called vaccine passports and the future of social distancing guidance, Downing Street confirmed.

Officials said the Prime Minister will provide an update on care home visits, while also pushing those who have not done so to take up the offer of a vaccine, with 86% of people in the UK having received at least one dose so far.

Cabinet ministers on Sunday appeared to prepare the ground for an easing of measures, with Communities Secretary Robert Jenrick telling the BBC the Government could “roll back” restrictions due to the impact vaccines are having on reducing serious illness from Covid-19.

Meanwhile, Mr Javid said that while the economic arguments for opening up were well known, for him the health arguments were “equally compelling”.

Writing in the Mail on Sunday, Mr Javid said it was time to “find ways to cope with” the virus, like the country does flu. 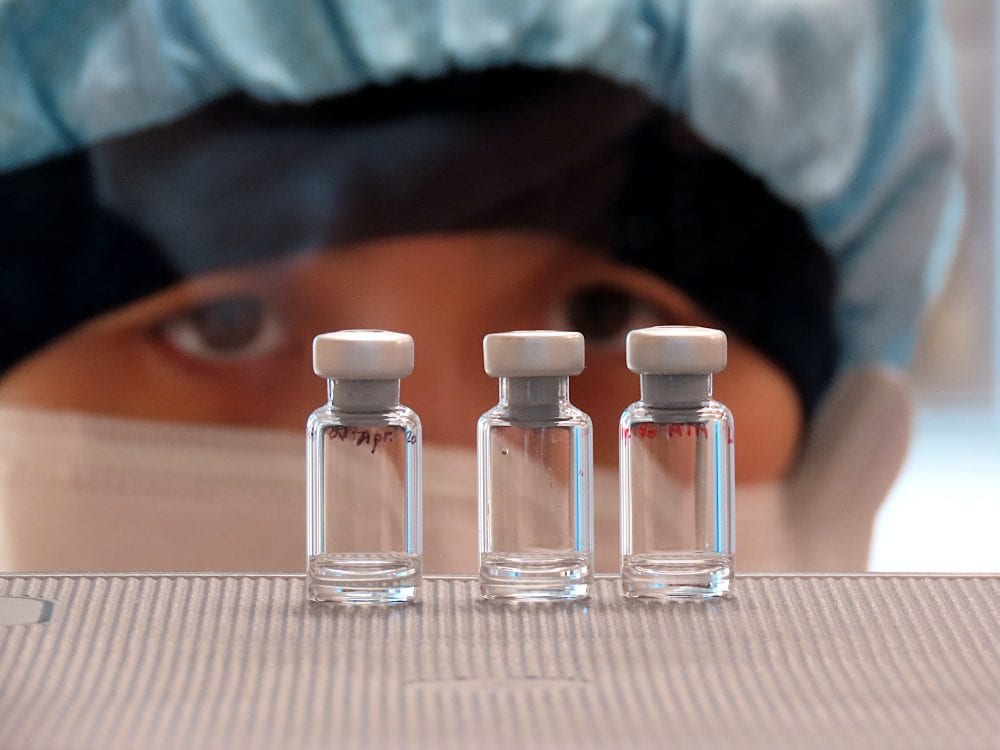 Despite the indications of a wholesale easing in two weeks, scientists have voiced concern about the prospect of ending restrictions at a time when cases have been rising in England.

Professor Susan Michie, an expert in health psychology and member of the Scientific Advisory Group for Emergencies which advises ministers, told the Guardian: “Allowing community transmission to surge is like building new ‘variant factories’ at a very fast rate.”

Labour said the Government must declare how many Covid-related deaths it is willing to accept in the face of rising cases of the Indian strain – also know as the Delta variant – if restrictions are to be abolished in favour of treating the virus like flu.

Public Health England estimates that across the 2017/18 flu season, there were around 22,000 deaths associated with flu in England.

“So far ‘learning to live with the virus’ had been no more than a ministerial slogan.

“Now we know this is the Government’s strategy, when Sajid Javid addresses the Commons he must explain what level of mortality and cases of long Covid he considers acceptable.”

The latest Government figures show that, as of 9am on Sunday, there had been an additional 24,248 lab-confirmed Covid-19 cases in the UK – up 66% in the past week.

However, a further 15 people were recorded to have died within 28 days of testing positive, official figures stated on Sunday, in a indication that vaccines are guarding against coronavirus-related deaths, with mortality down 1.6% in the past seven days.

Find out the latest Covid-19 guidance in Liverpool here.