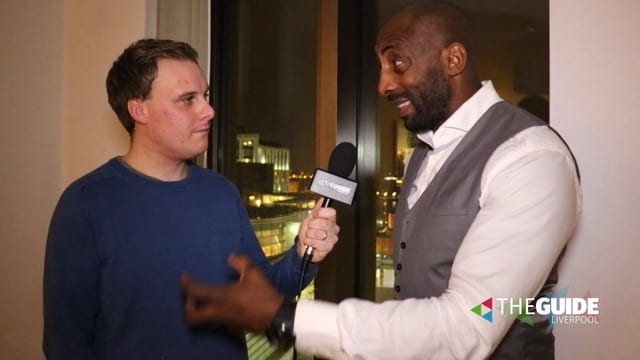 We’re just days away from one of the biggest fights of the year, as Liverpool’s Tony Bellew takes on David Haye at the O2 Arena this Saturday 4th March

This is the one the country has been waiting for.

Bellew called Haye out after beating BJ Flores at home in Liverpool back in October – and the war of words didn’t stop then.

Punches were thrown at the press conference announcing the fight, and the pair have been bating each other on social media too.

We all know Bellew is the Cruiserweight world champion, whilst Haye is the former heavyweight belt holder. But who’s going to come out on top?

Matt caught up with boxing legend Johnny Nelson from Sky Sports at BridgeStreet Apartments in Liverpool ONE. Johnny held the cruiser weight title for six years.

Watch the full chat above.

For more from Matty and the Liverpool Sport Guide click here.