Breaking News: Blaze rages through Liverpool's Iconic Littlewoods Building - The Guide Liverpool
Contact Us Advertise with The Guide Our Video Services Follow us: 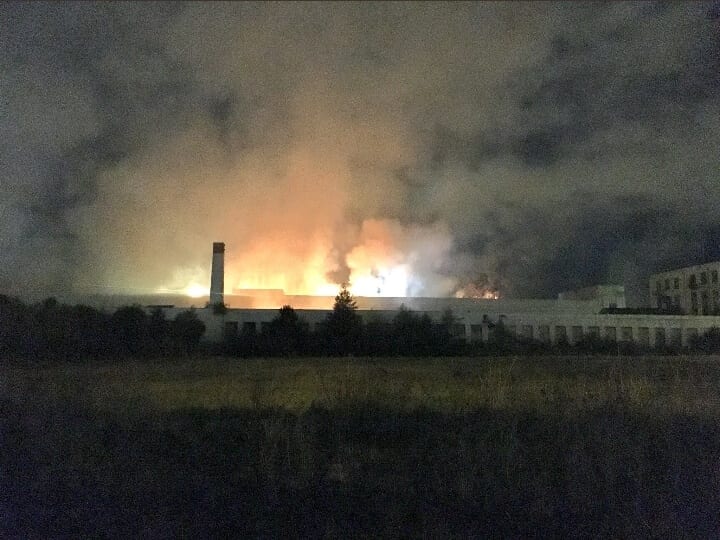 The flames and trail of smoke have been reportedly seen from as far away as Wirral and Chester.

The Littlewoods Building is currently ablaze with more than 60 fire fighters at the scene, battling to save the landmark. Emergency services began to receive calls of a fire on the Edge Lane site shortly before 8pm on Sunday 2nd September 2018 and at the time of publication, Merseyside Fire & Rescue has confirmed that an area of approximately 200m x 100m on the first floor of the 5 storey building, was on fire. 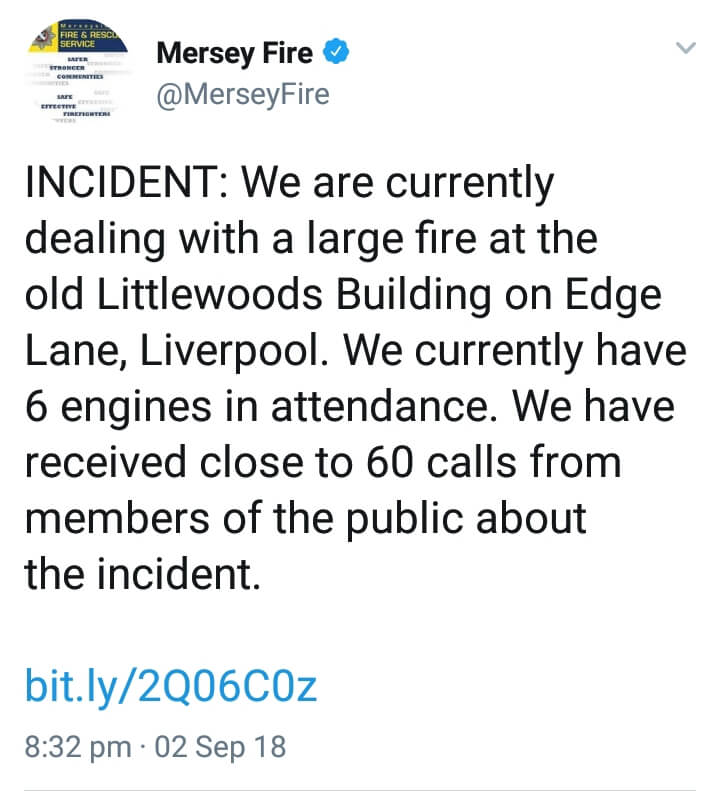 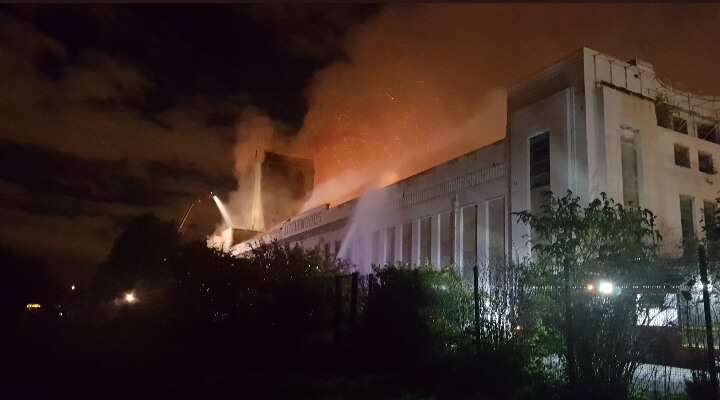 Liverpool Film office tweeted this Capital&Centric statement: “We – and I’m sure the entire city of Liverpool – love that building and everything it stands for.

“Thousands have been through its doors over the years and it holds a special place in the hearts of many. To see it in flames tonight is nothing short of devastating. Fire and rescue teams are currently on site trying to control the fire and limit the damage to this iconic building.”

By 10:30pm Merseyside Fire released an update urging local residents to keep windows and doors closed due to the large volume of smoke being produced by the fire. A further update was issued at 10:55pm following a multi-agency meeting with fire staff, Liverpool City Council, Merseyside Police and the building’s owners had taken place. It was agreed that hoardings were to be removed from windows to allow better access for the fire fighters to tackle the blaze. 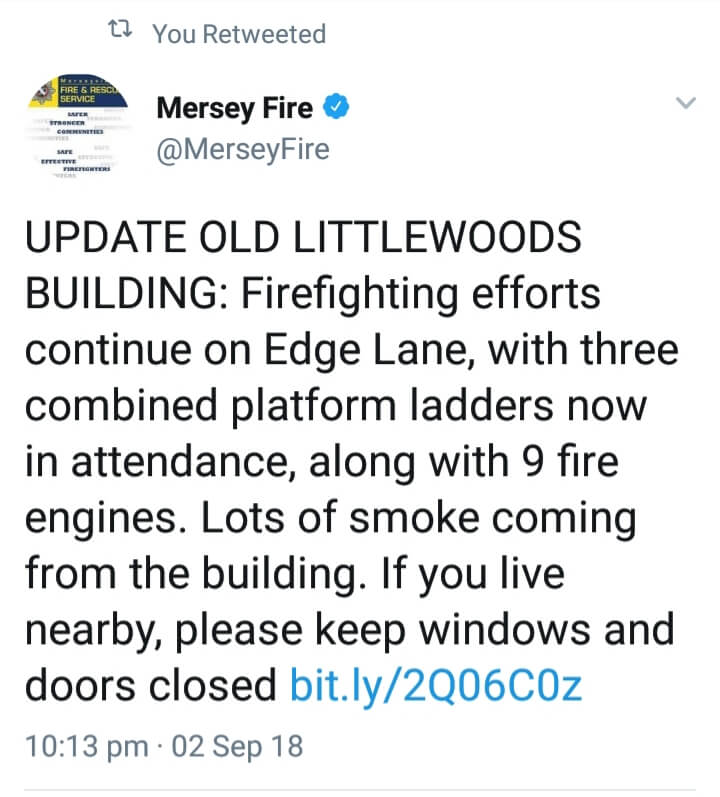 What the future holds for the site now will likely become clear in the coming days and weeks, we can only hope for the best and send our best wishes to all the team at Liverpool Film Studios, Twickenham Film Studios and Capital&Centric for some positive news come tomorrow.

Our thanks to Dan Pendleton @pendo86 for the featured image and Gareth Lewis @gareth_lewis99 for the image above that shows the drama of the fire unfolding on Sunday night.

Our thanks and admiration go to all emergency staff in attendance, in particular the firefighters of Merseyside Fire & Rescue who remain on site throughout the night. Follow @MerseyFire for regular updates.