Cast are off on a huge tour of the UK with their greatest hits - The Guide Liverpool
Contact Us Advertise with The Guide Our Video Services Follow us: 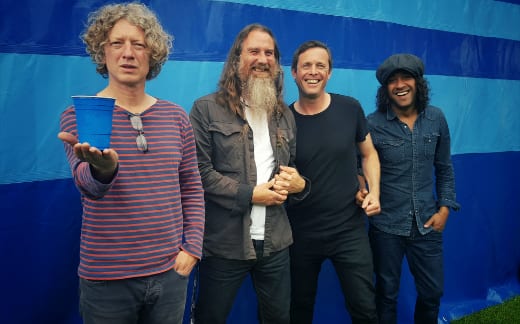 Pedigree Britpop legends Cast have announced major UK tour this winter in support of their new album ‘Singles 1995-2017’ and are playing the Liverpool Guild on Saturday 22nd December.

Originally formed in 1992 from the ashes of two of the most legendary and lauded guitar bands of all time, The La’s and Shack, Cast released four albums, the second ‘Mother Nature Calls’ also went platinum (three of them top 10), and had ten top 10 singles, before disbanding in 2001. ‘All Change’ became the biggest selling debut album of all time for Polydor Records. After the band’s split, John Power released three solo albums, and played intermittently with the reformed La’s.

A decade later in 2012, the bands original line-up reunited with original producer John Leckie (Stone Roses, Radiohead, The Fall) for ‘Troubled Times’. The reinvigorated band produced an album full of the anthemic, melodic and beautifully written songs for which they have always been loved by their fervent fanbase.

The band’s last album ‘Kicking Up The Dust’ was released on 21st April 2017. The album, Cast’s sixth studio album, was recorded at The Motor Museum in Liverpool and was produced by resident studio legend – Alistair Groves.

Cast play the Liverpool Guild on Saturday 22nd December and further tour dates can be found on their website.