Catch the Bus Week is here and you can get free tickets! - The Guide Liverpool
Contact Us Advertise with The Guide Our Video Services Follow us:

Catch the Bus Week is here and you can get free tickets! 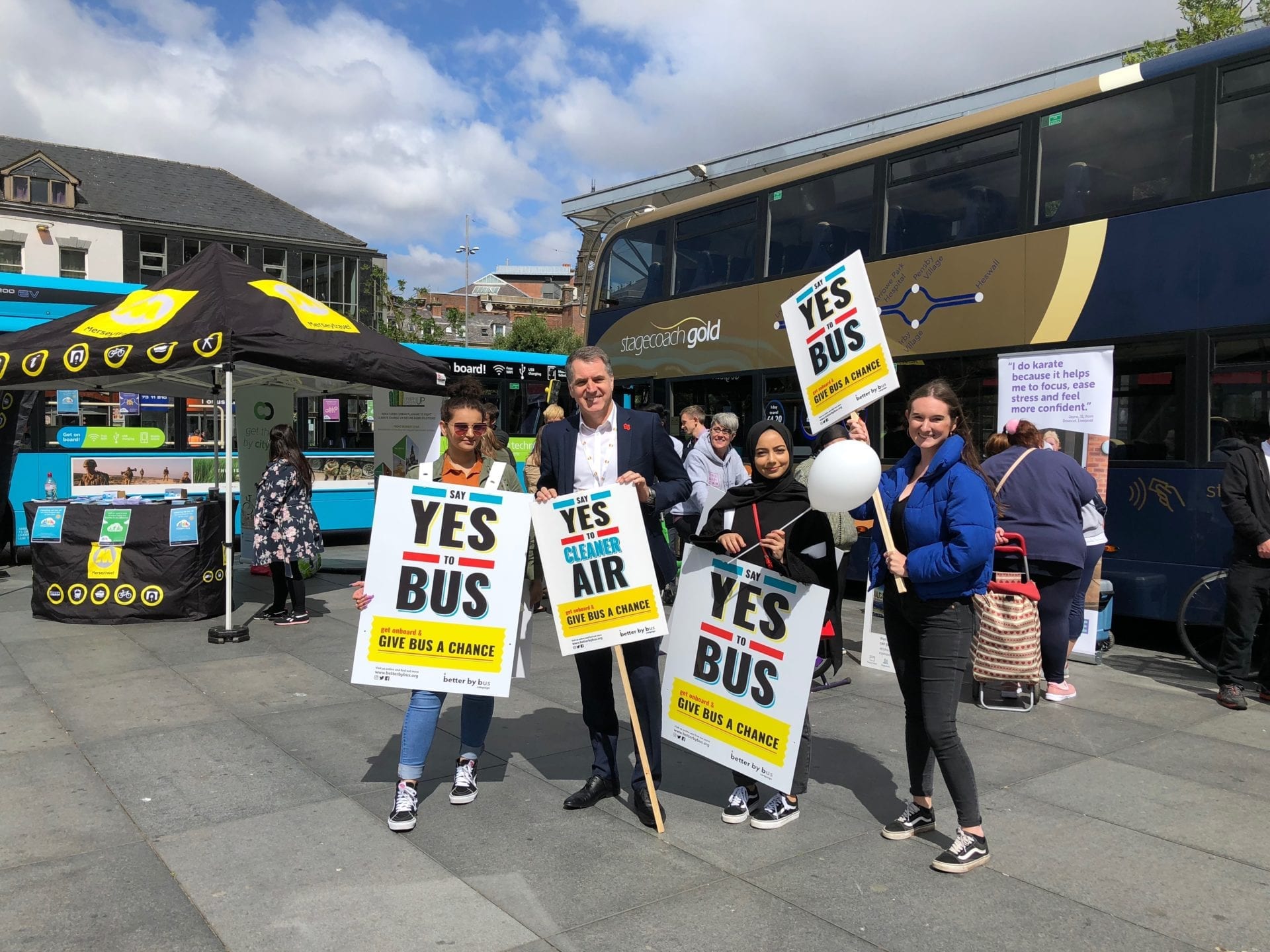 Home › Lifestyle › Catch the Bus Week is here and you can get free tickets!

Liverpool City Region’s Better By Bus campaign is encouraging those who haven’t already, to switch up their commute, shopping trip or day out with the family by giving the bus a try during ‘Catch The Bus Week’ (2-8 July) and will be offering free bus tickets as an incentive.

Now in its fifth year, ‘Catch The Bus Week’ is an initiative from the transport action group, Greener Journeys. It aims to raise awareness of the vast economic, environmental and social benefits of taking the bus, as well as encouraging the public to give bus travel a try.

With so many benefits to travelling by bus in Liverpool City Region, those who haven’t travelled by bus in a while will notice a huge difference in both the quality of the buses and the on-board technology now available on most buses.

Arriva and Stagecoach bus passengers are able to connect to free Wi-Fi and charge phones or tablets on USB chargers on many buses whilst sitting back and relaxing on bigger, comfier seats. To save time on the day, tickets can now also be purchased via the Arriva and Stagecoach apps. Passengers can also take advantage of being able to use each operators’ mobile app to see exactly where their  bus is on the live tracker map.

The Better By Bus campaign, which was launched last year, is led by an alliance of Arriva, Stagecoach and Merseytravel. By telling local people about the many features and benefits of getting the bus, the campaign aims to encourage and inspire people across the region to leave the car at home and travel by bus instead.

Those who are interested in learning more about the benefits of getting the bus are encouraged to attend the ‘Envirolive’ event, which will be taking place at Liverpool’s St. Paul’s Square on Friday 6th July from 11am to 2pm.

The event will bring together a host of local businesses and organisations with the shared purpose of increasing awareness of ‘green’ ways of living, including green travel, energy saving and recycling.

Those who attend the event on Friday will be able to spend the rest of their day travelling around Liverpool City Region completely free of charge, as both Arriva and Stagecoach will be giving out free day tickets for their buses across all routes.

“We’re looking forward to spending ‘Catch The Bus Week’ speaking to people about why they should consider leaving the car at home and catching the bus instead. We know all about the benefits of getting the bus, but we also know that there are so many people out there who may not have been on a bus in years and will not have seen our new and improved fleet operating across the region.

“Getting the bus also has a positive impact on our environment, which is why we’re excited to join other committed businesses and organisations at ‘Envirolive’. We’re hoping to talk to as many people as we can about the benefits of bus and hopefully the incentive of a free bus ticket will encourage people to give bus a chance.”

“Campaigns like catch the bus week are really important as it’s a chance for us to showcase to people who wouldn’t normally consider the bus – how great it can be.

“We’ve worked really hard with Arriva and Stagecoach over the last two years to make our buses cleaner, greener and more affordable and I’d encourage anyone who hasn’t tried the bus recently to give it a go this week – you might be surprised.”

‘Catch the Bus Week’ is a nationwide campaign aimed at driving awareness of the benefits of taking the bus. Throughout the week a variety of organisations will be hosting events, ticket giveaways and other activities, with bus companies, local authorities and passenger groups involved. To learn more about the campaign, visit their website on www.catchthebusweek.co.uk.

To learn more about the Liverpool City Region Bus Alliance and the Better By Bus campaign visit their website on www.betterbybus.org.