Celebration of Life is tonight at the Phil! Go support Sahir House... - The Guide Liverpool
Contact Us Advertise with The Guide Our Video Services Follow us:

Celebration of Life is tonight at the Phil! Go support Sahir House… 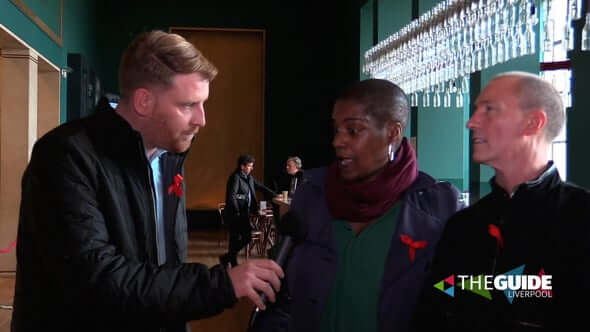 Jennifer John & Thomas Laing have been working hard planning and preparing tonight’s huge gig at the Philharmonic Hall which will raise awareness and support Sahir House which is the area’s only dedicated HIV charity. Watch our chat with Jennifer & Thomas above.

Following on from the success of last year’s Celebration of Life Thomas Lang and Jennifer John, both established musicians from Liverpool and both patrons of Merseyside’s HIV charity Sahir House, bring together an eclectic mix of Liverpool musicians for a Celebration of Life 2016 to raise awareness of World AIDS Day, National HIV testing week and much needed funds for Sahir House.

The evening also features performances by the award winning Sense of Sound Singers with Mersey Wylie, and one of the UK’s best blues singer Connie Lush!