Charity Takeover Week: 15 Things you didn't know about Alder Hey - The Guide Liverpool
Contact Us Advertise with The Guide Our Video Services Follow us: 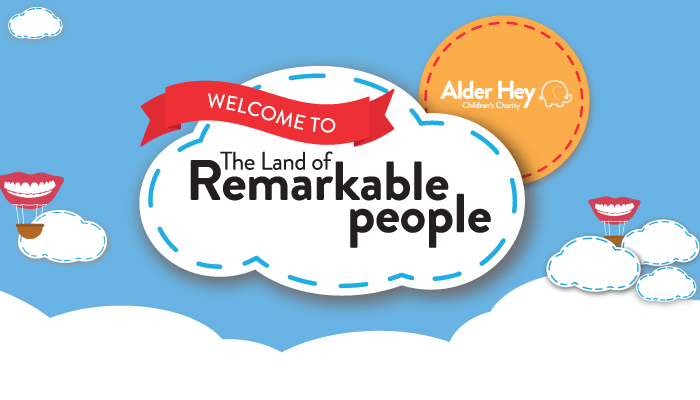 It’s The Guide Liverpool Charity Takeover week and today is all about the only hospital in a park, Alder Hey Children’s Hospital and it’s charity appeal.

Every parent’s worst nightmare is having to take your child to hospital, whether it be an emergency or routine out-patient appointment, the whole process is usually stressful, emotional and draining.

Luckily for us in the north west, the amazing staff at Alder Hey Children’s Hospital make these times much more bearable, and now with a phenomenal new hospital and Innovation Hub, they’re leading the way in transforming paediatric care for everyone.

Here’s 15 things you didn’t know about Alder Hey In The Park.

1 – Alder Hey is one of Europe’s busiest children’s hospitals and treats more than 270,000 patients and their families every year. With 270 beds, including 48 critical care beds for patients in ICU, HDU and Burns, the new hospital is taking the lead in paediatric care.

2 – As well as looking the part following a £237m new build, Alder Hey holds a number of key titles such as centre of excellence for heart, cancer, spinal and brain disease, major trauma centre and is one of four national Children’s Epilepsy Surgical Centres. 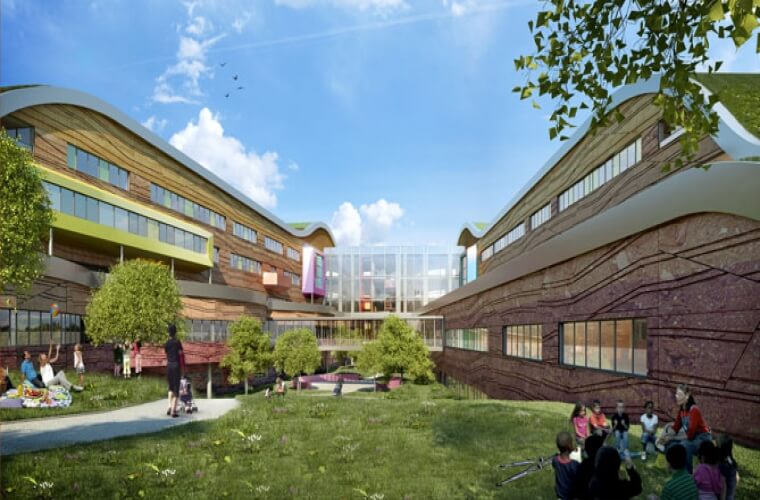 3 – Alder Hey has had some really famous visitors since it opened its doors in October 2015. The Queen officially unveiled the stunning new site along with her husband, Prince Phillip earlier this year, but we reckon the LFC and EFC players, Mr Tumble and the wonderful Alesha Dixon made even bigger waves among the young patients! Cbeebies was even filmed live there just last week!

4- Have you got an idea, big or small that could make a difference to patient care? Then Alder Hey wants to hear from you. Did you know the hospital has a dedicated innovation department that was set up to continually monitor the latest advances in technology and practise, and you can be part of that process too. The Ideas Portal is coming soon, but in the meantime you can contact [email protected] with your input. 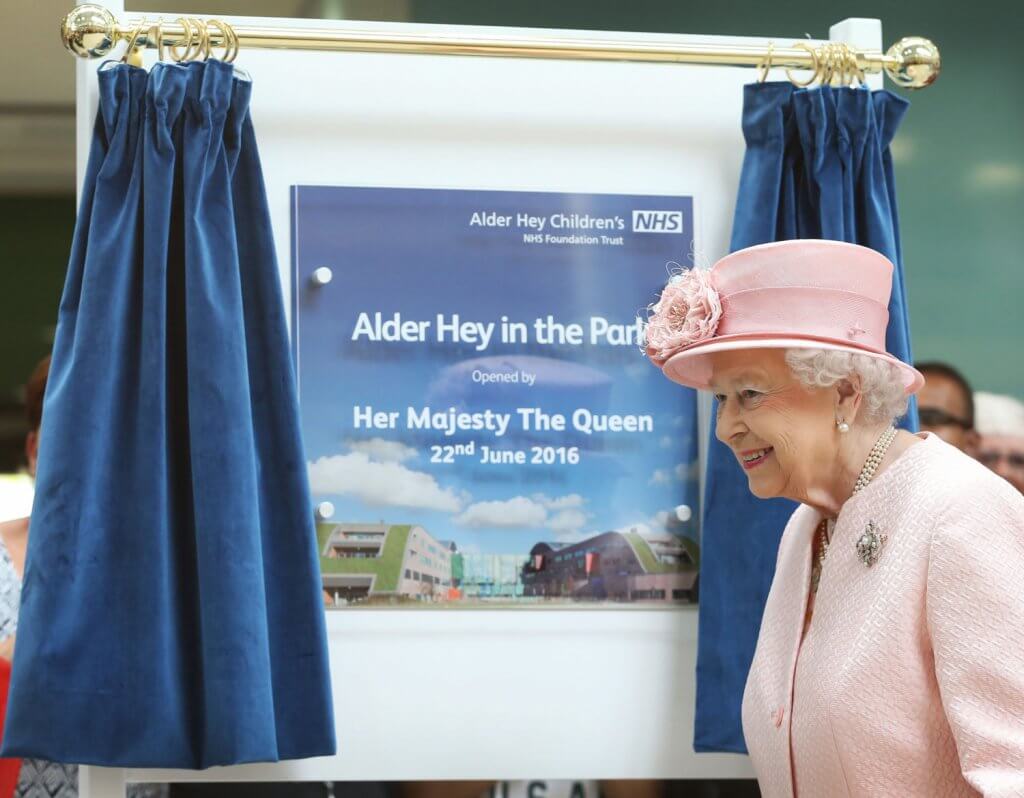 5- The brand-new hospital was designed by 15 year-old Eleanor Brogan after one of the biggest ever NHS public consultations. Eleanor’s drawing, which when viewed from above looks like a flower, impressed the architects so much it was chosen to inspire the final design.

6 – Surgeons at Alder Hey have become the first in the UK to use a 3D printed model of a spine as an aid during a surgical operation. The onsite Innovation Hub will house experts who will build the latest healthcare technology as well as develop and test new medicine. If you want a career in medicine, Liverpool is where it’s at! 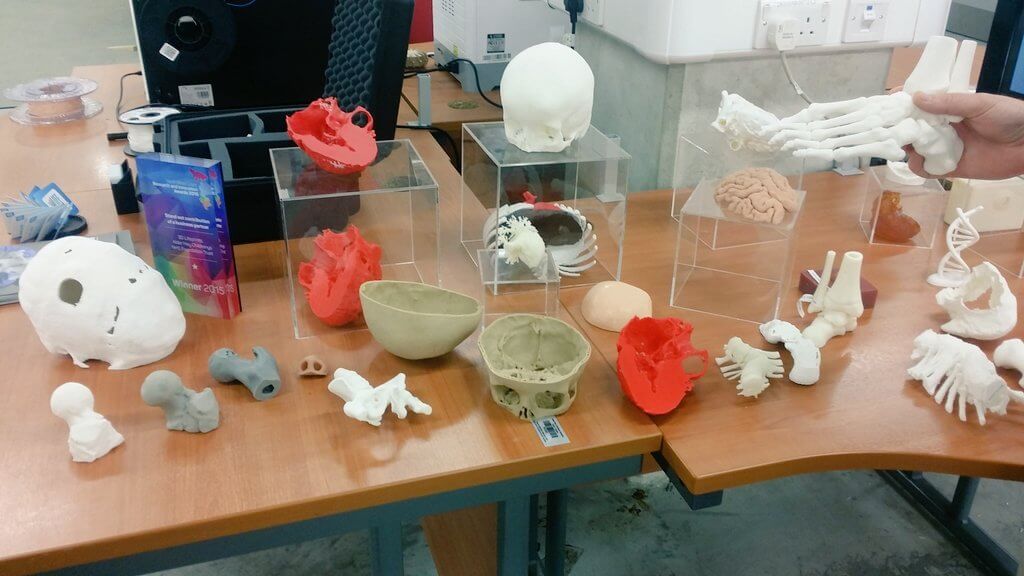 7- In November it was announced that the Alder Hey Clinical Research Facility has been awarded a £2m grant which will speed up the process of translating science into new medicines and treatment for children and young people.

8 – Alder Hey in the Park was built by Laing O’Rourke and was their fastest ever healthcare build. More than 50% of the 600 strong team were from the north west and we’re quoted as being ‘proud to give something back’ to their home town. How awesome is that?

9 – When the time came to make the move from the old hospital into the new site there were 20 articulated lorries moving equipment, a specially designed tunnel to transport patients from one building to another and took a total of 5 days! All done with the biggest, most excited smiles from the dedicated staff who turned this mammoth task into an awesome adventure.

10 – There’s some really cool features at Alder Hey. From the indoor tree house to the fish tanks, play decks and spiritual care centre, the finishing touches have gone above and beyond anyone’s expectations. The giant board games and interactive screens in waiting areas have proved to be a huge success with patients and parents alike. 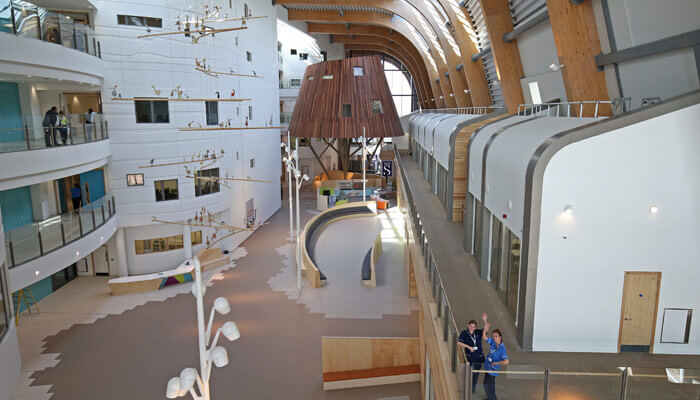 11 – At any one time there are over 100 clinical research studies taking place at Alder Hey ranging from observational studies to complex clinical trials. As Alder Hey aims to be a world-class centre for research, innovation and education and staff will pioneer new treatment for children and young people. All of this happening right in the heart of our city.

12 –  Alder Hey is the most sustainable 24-hour hospital ever built with 60% of its energy generated onsite through water capture and ground source heating. Plus who isn’t awestruck when you first see the parkland slowly sloping up and onto the roof? Grass…..on the roof?! Only in Liverpool! 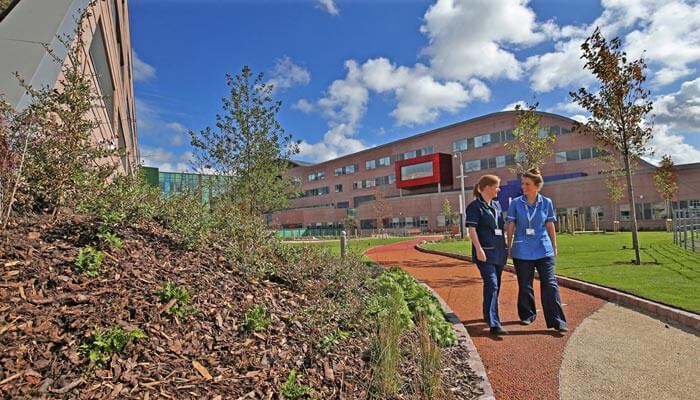 14 – Alder Hey Children’s Hospital is supported by a very special charity, which helps to support vital on-going research, education and innovation to develop better, safer medicines and treatment for children. The Alder Hey Children’s Charity has just launched its ‘Do Something Remarkable’ appeal to raise £6m for life-saving and life-changing research and you can find out about why they need your help on The Guide Liverpool later today.

15 – In the middle of the stunning atrium at Alder Hey Children’s Hospital is one of the biggest most impressive Christmas Trees we’ve ever seen! Just another lovely way the hospital brings a smile to the faces of those spending Christmas away from home. 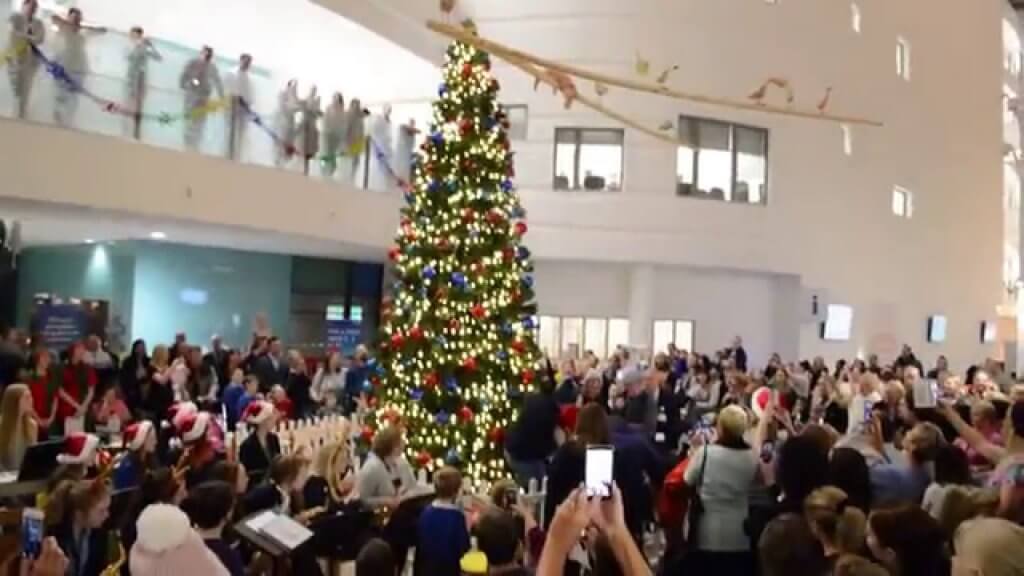 You can find out more about the Alder Hey Charity on The Guide Liverpool later today as Charity Takeover Week continues with our Alder Hey coverage.

Do something remarkable and support vital research at Alder Hey at www.aldercharity.org or text GIFT GUIDE to 70755 to donate £5. Donations from UK-only mobiles. Costs £5 plus one message at your standard network rate. 100% goes to Alder Hey Children’s Charity.