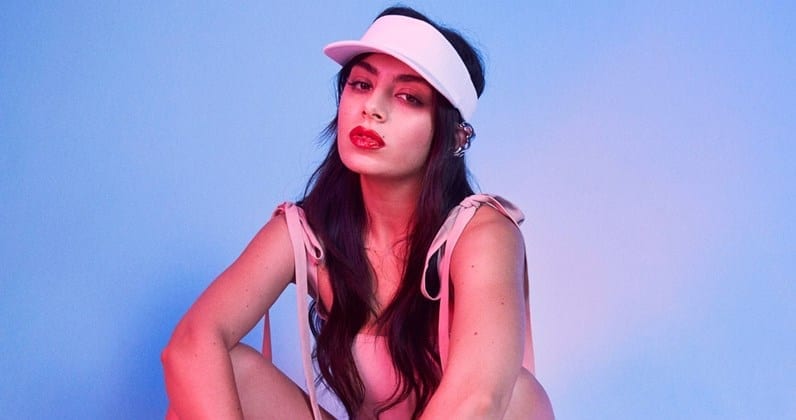 Pop icon responds to the “mother of the selfie” & depictions of the female form with an open, public conversation.

Working in partnership with Tate Liverpool, RRU invited Charli to break from her current global tour with Taylor Swift & Camilla Cabello to respond to the themes of “Life in Motion: Egon Schiele/Francesca Woodman”, the exhibition running at Tate Liverpool until 23rd September this year.

Charli was taken in by the self-portrait photography of Francesca Woodman – often described as the “mother of the selfie” – and the modern ramifications for the social media generation, depictions of the female form, and distinctions between a female or male gaze.

You can watch what happened during Charli’s visit above.

Following her trip to Liverpool and as part of her response to the exhibition, Charli has now started reaching out to a broad selection of women she knows across personal, music and arts landscapes, asking them to take part in a wider digital conversation about their bodies and body image.

As of today, the film of Charli’s Tate visit featuring the private responses of Wolf Alice, Rina Sawayama and Nadya Tolokonnikova  and the screengrabs of their response will be shared by Charli openly across social media platforms to provoke and inspire young women to think about their own representations of their bodies in a selfie fixated culture.

Rapid Response Unit / RRU News is a unique cultural experiment designed to interpret, create and challenge how we receive news. Operating out of a newly formed independent news bureau, located in Liverpool’s St John’s Market, our reporters and correspondents are national and international artists, creatively responding to global events as they happen.

You can find out more about Liverpool’s Rapid Response Unit on their website here.

Life in Motion: Egon Schiele/ Francesca Woodman is on display at Tate Liverpool until 23 September 2018. The exhibition is curated by Marie Nipper, Interim Artistic Director, and Tamar Hemmes, Assistant Curator, Tate Liverpool. This project is co-financed by the European Regional Development Fund through the Interreg Atlantic Area Programme. 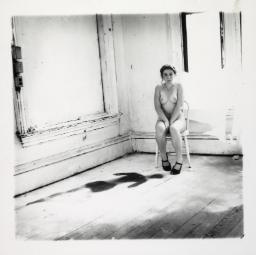 Providence, Rhode Island, 1976 1976 Francesca Woodman 1958-1981 ARTIST ROOMS Acquired jointly with the National Galleries of Scotland through The d’Offay Donation with assistance from the National Heritage Memorial Fund and the Art Fund 2008 https://www.tate.org.uk/art/work/AR00352