LIVERPOOL is staging a special event to mark one of the darkest periods in its history at an iconic city centre venue.

Out of the Darkness will transform St Luke’s Church (known locally as the bombed out church) in a free moving light and sound display to signify the 75th anniversary of the May Blitz.

Taking place each evening from 9-10pm, Friday 6 to Sunday 8 May, projections will be beamed on five large screens placed in the windows facing Harman Street and a rolling ten minute film will run throughout the hour which will feature dramatic archive footage and images and be accompanied by a haunting soundtrack of drones, and first-hand accounts of those terrifying nights. 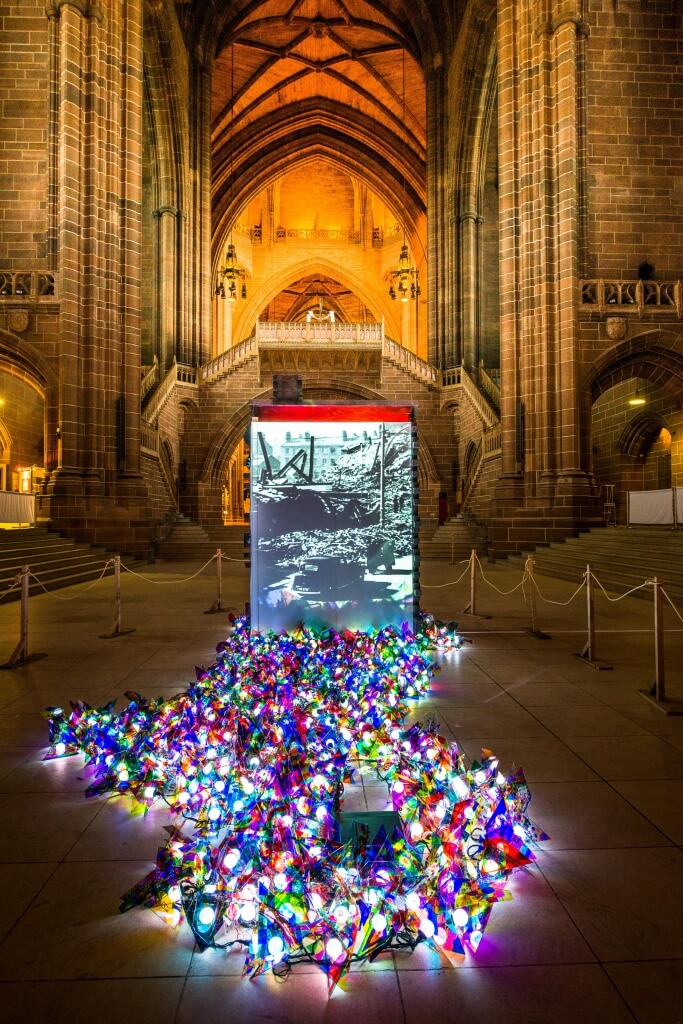 From 8pm each evening, thousands of stained-glass lanterns will illuminate in and around the building, signifying the lives that were lost in one of the country’s worst bombing periods of the Second World War.

The lanterns will be created by schools across Merseyside and Liverpool community groups, and each one will be unique and individual to those making it.

May 6 is a particularly poignant moment for the venue which was hit by an incendiary device on this date in 1941, and stands today as a stark reminder of the raids that rocked the city. 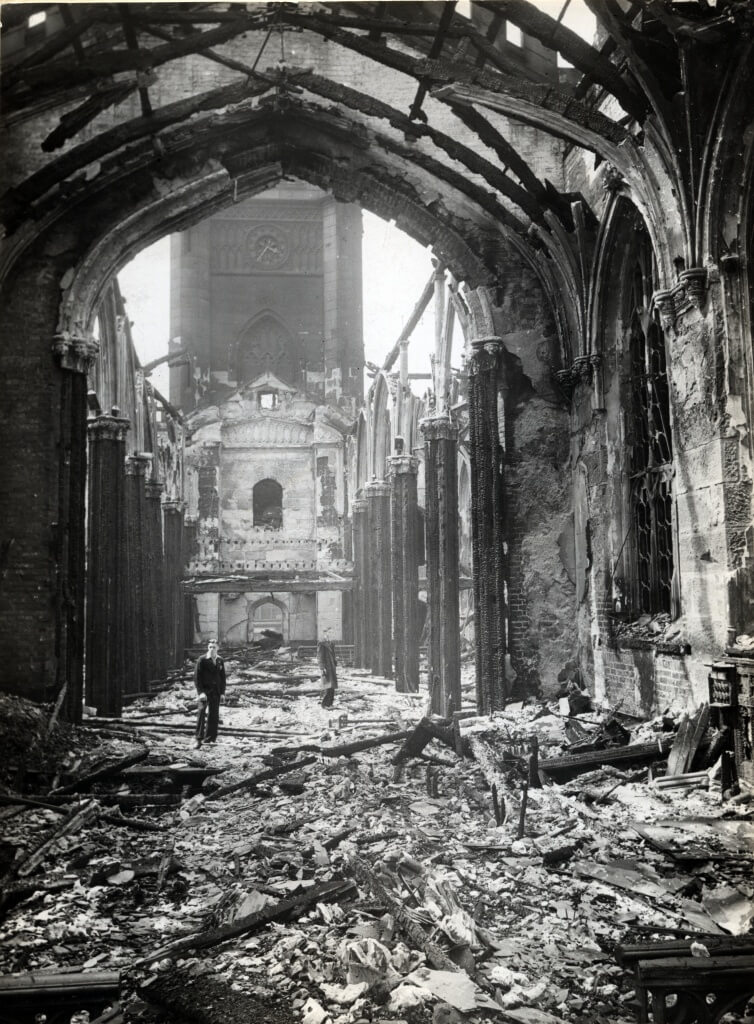 Commissioned by the city council, Out of the Darkness is being created by innovative artists METRO-BOULOT-DODO (MBD) who specialise in designing art experiences which transform buildings into emotive and engaging spaces for the audience. 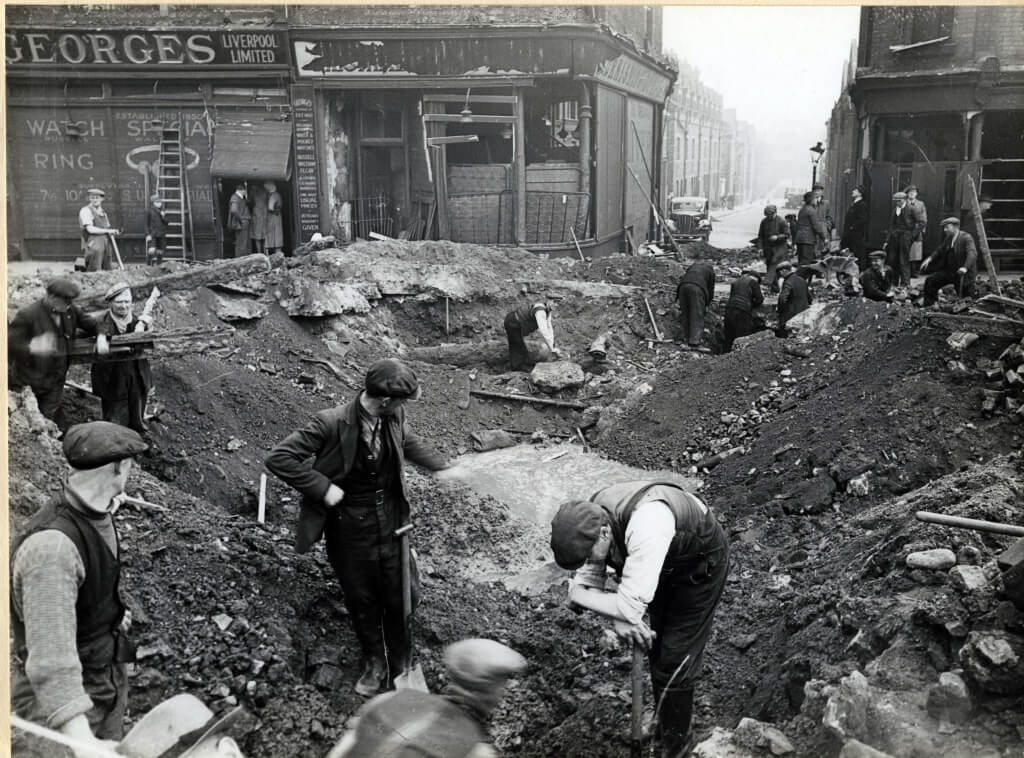 Assistant Mayor and cabinet member for culture, tourism and events, Councillor Wendy Simon, said: “It is difficult for us to comprehend the horrors experienced by the people of Liverpool, and the wider region, 75 years ago.

“Outside of London, this area suffered one of the heaviest numbers of casualties in the UK, and one of the most vivid reminders of the blitz is the burnt out shell of St Luke’s which serves as a constant reminder of one of our darkest times.

“Out of the Darkness will be a stunning piece of work in this significant venue, which will not only be a thought-provoking piece about a turbulent time for the city,  but will also reflect on people’s resilience during those harrowing times. Out of the despair, came hope as community spirit shone through.

“It will undoubtedly be a fascinating few nights and I hope as many people as possible take the opportunity to see this iconic building in a whole new light.”

Artistic Director of MBD, Esther Simpson, said “The bombed out church is a true icon for the city and it’s a real privilege to share the stories of the Liverpool Blitz at this historic and much loved site.

“Out of The Darkness will be a spectacular and emotive illumination which will offer the people of Liverpool the chance to reflect on those tragic events and the resilience our city showed in the preservation of our freedom.” 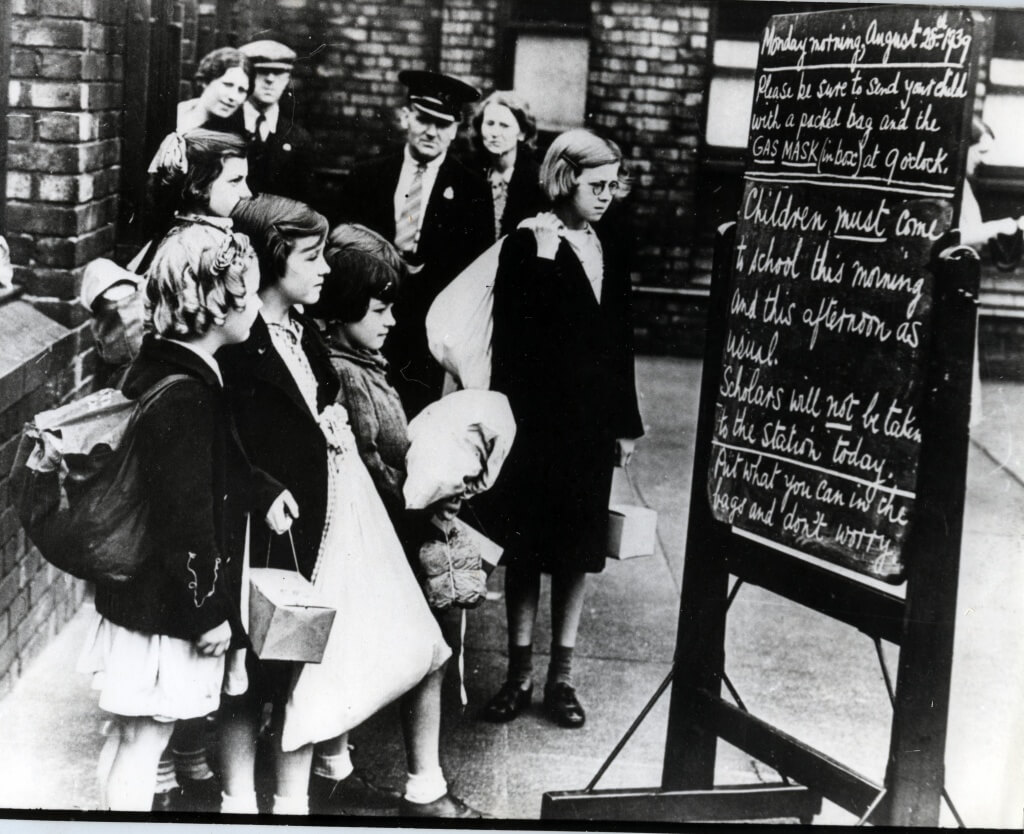