Community rallies to help after Lark Lane favourite, Freida Mo's shop hit by lockdown break-in - The Guide Liverpool
Contact Us Advertise with The Guide Our Video Services Follow us:

The owner of Freida Mo’s independent shop and café on Lark Lane says she’s been overwhelmed with support from the local community and across Liverpool after thieves smashed their way in during lockdown.

A number of valuable items were stolen during the break-in, which Sally Ayres says left her feeling violated.

Sally’s gift, vintage and coffee shop has become a community hub on the Lane people and helping to bring everyone together since it opened in March 2018.

She uses her shop gates to hang donations – including her homebaked cakes – she organised and hosted a wedding for a homeless couple living on the Lane, and she runs afternoons for people who feel lonely or isolated. 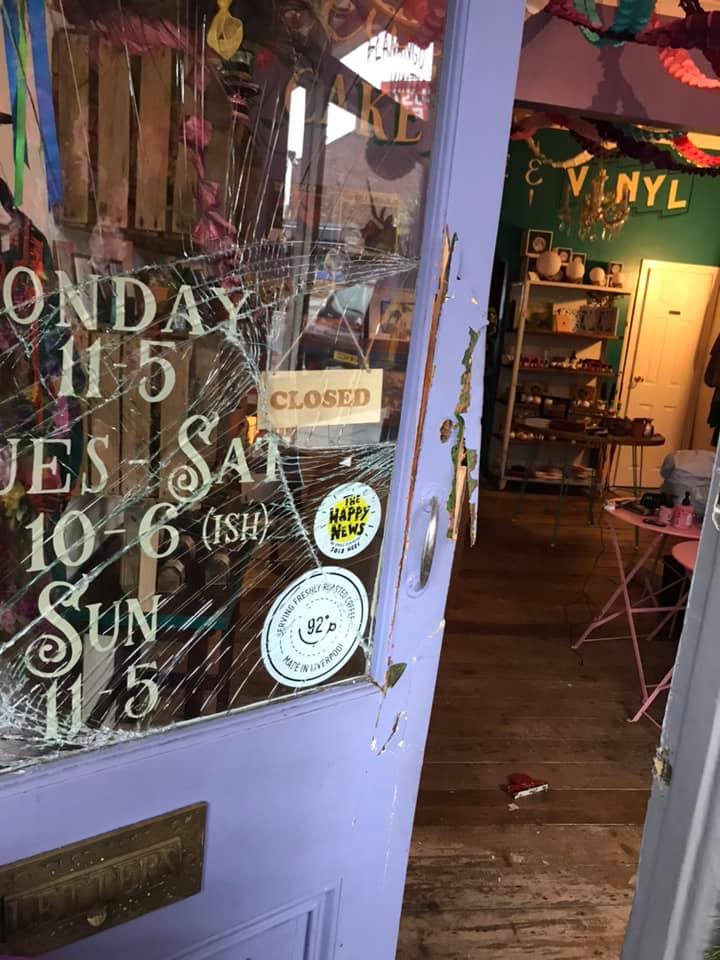 MORE - A Grand Day In: The Ladies Day Style Award winners have been unveiled

Freida Mo’s also has a ‘pay-it-forward’ coffee scheme so customers can buy one for themselves and one for someone else.

Sally discovered the break-in when she went to check on the shop on April 1 and shared her devastation on social media.

Now since revealing the news, she has been flooded with offers of help which she says have showed a true community spirit.

“When I posted about the break-in on social media, I didn’t expect the response I got – it appears many people in our community hold Freida Mo’s deep in their heart and this was proved by their overwhelming, beautiful response,” says Sally. 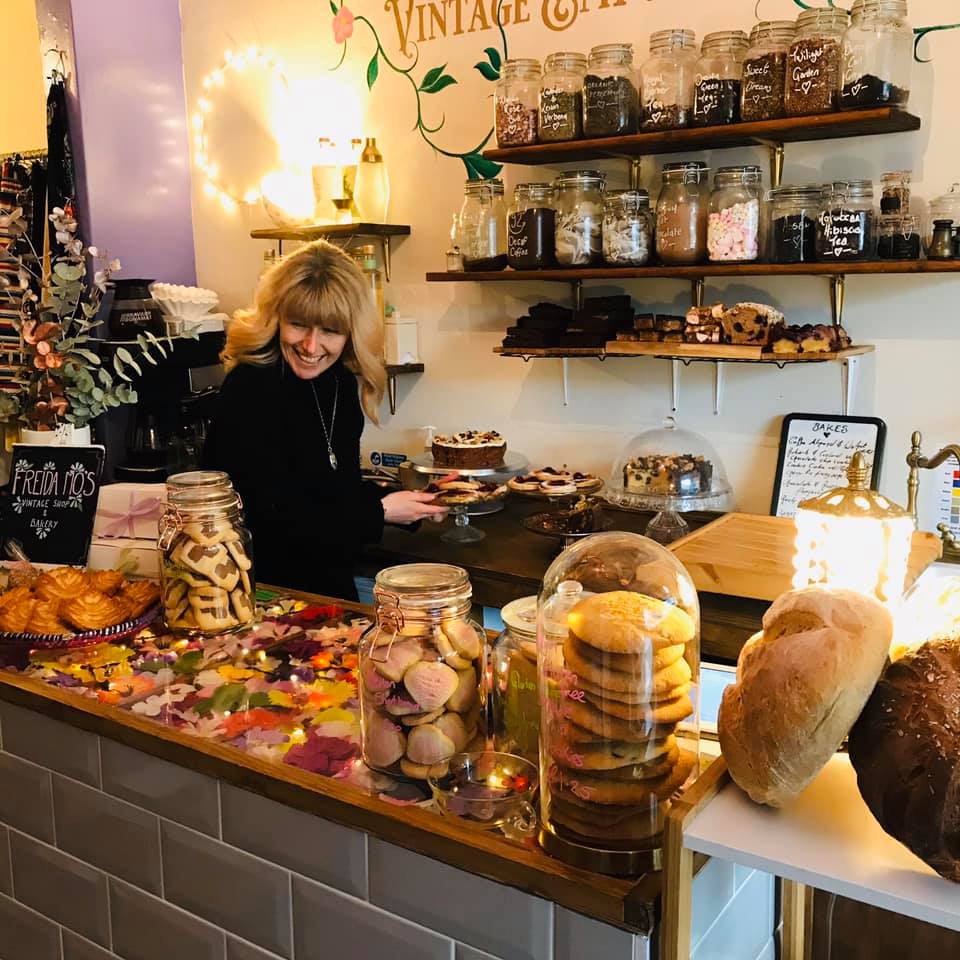 “People offered every kind of help you could imagine, from fitting an alarm system for free to people turning up to help with the clean-up mission. People dropped off flowers and many of them just popped by to check on me and the shop.”

Sally says she wasn’t just touched by the reaction in person, but by the messages of support she received online too.

“Many people shared memories of the shop and how it’s helped them throughout the two years it’s been open. It’s been a place of solace, their port in a storm, and people even called it their home-from-home which was exactly my aim when I opened.”

With no income due to the virus shut down of shops and cafes, Sally was persuaded by supporters to set up a Go Fund Me page to cover the cost of repairing the shop’s original door.

“At first I was a little apprehensive because it’s a difficult time for everyone right now so to be asking for financial help didn’t seem right,” she explains. “But our regulars asked me to do it, so I set a target of £1,000 to cover the cost of the new door, security locks and security hinges. Within 24 hours we’d hit 75% of our target.

“Everyone who’s donated has been given/offered a voucher for a tea and cake once we open again, so it’s more a mutual exchange rather than a donation.” 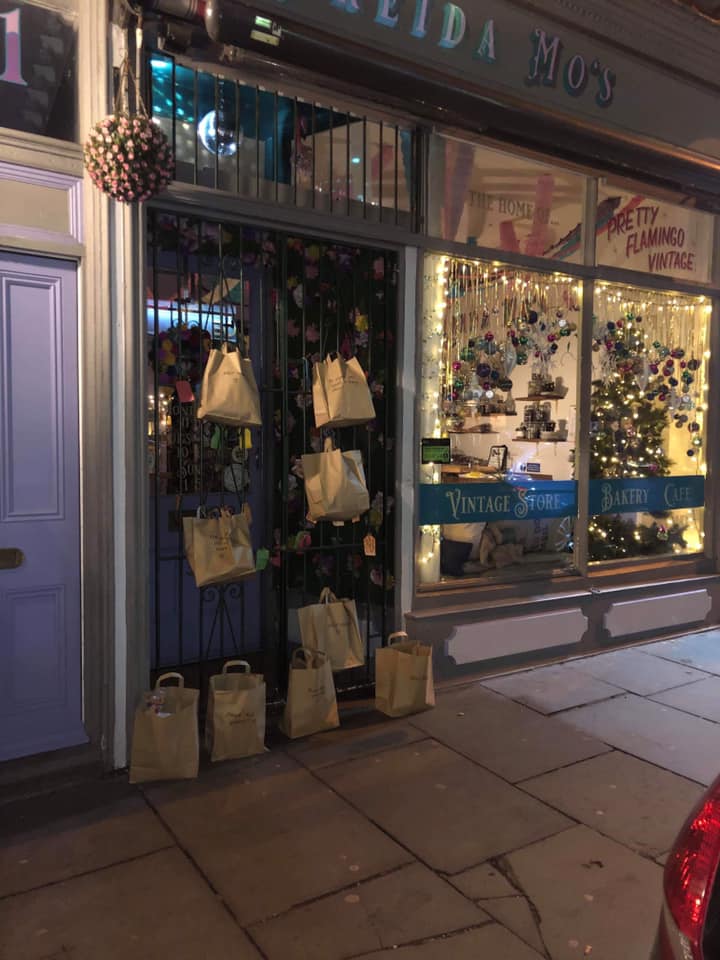 Sally says, after the distress of having her much-loved shop ransacked, she’s been hugely moved by everything that’s happened since.

“The community I’ve worked so hard to become a part of, and the community I have shown my love, respect and support for, has rallied round and returned that love. That’s real community and it’s something I’ve never experienced before.

“I feel that everyone involved – whether through a simple message on Facebook or offers of practical help – should be extremely proud of themselves.

“This very upsetting, disturbing act has brought people together at a time when it could be so easy to detach due to the coronavirus.

“It goes to show that goodness will always prevail, and what a community can do when it works together.”