Coronavirus booster shots could be on the way in September - The Guide Liverpool
Contact Us Advertise with The Guide Our Video Services Follow us:

Coronavirus booster shots could be on the way in September

An Autumn booster vaccination campaign to protect against a third wave of coronavirus could be on the way as Ministers, health chiefs and Government scientists step up preparations.

Vaccines minister Nadhim Zahawi said scientists are looking at a range of options, including new jabs to protect against variants or mixing the types of injections given.

Therefore, if a patient had AstraZeneca for their initial doses they could be given Pfizer as a booster.

“We want them to be able, if they need to, from September onwards to boost those that are most vulnerable,” Mr Zahawi said.

The Government has already ordered 60 million doses of the Pfizer vaccine in preparation for a booster campaign.

“Clinicians haven’t yet made the decision when they will need to boost, whether to give more immunity to the most vulnerable, to increase the durability of the protection or to deal with the variant.

“When they decide, I want to give them as much optionality, as many vaccines that were, then they will make those choices.”

The Government has committed almost £30 million to improve vaccine testing capacity to help keep on top of the virus and any new variants. 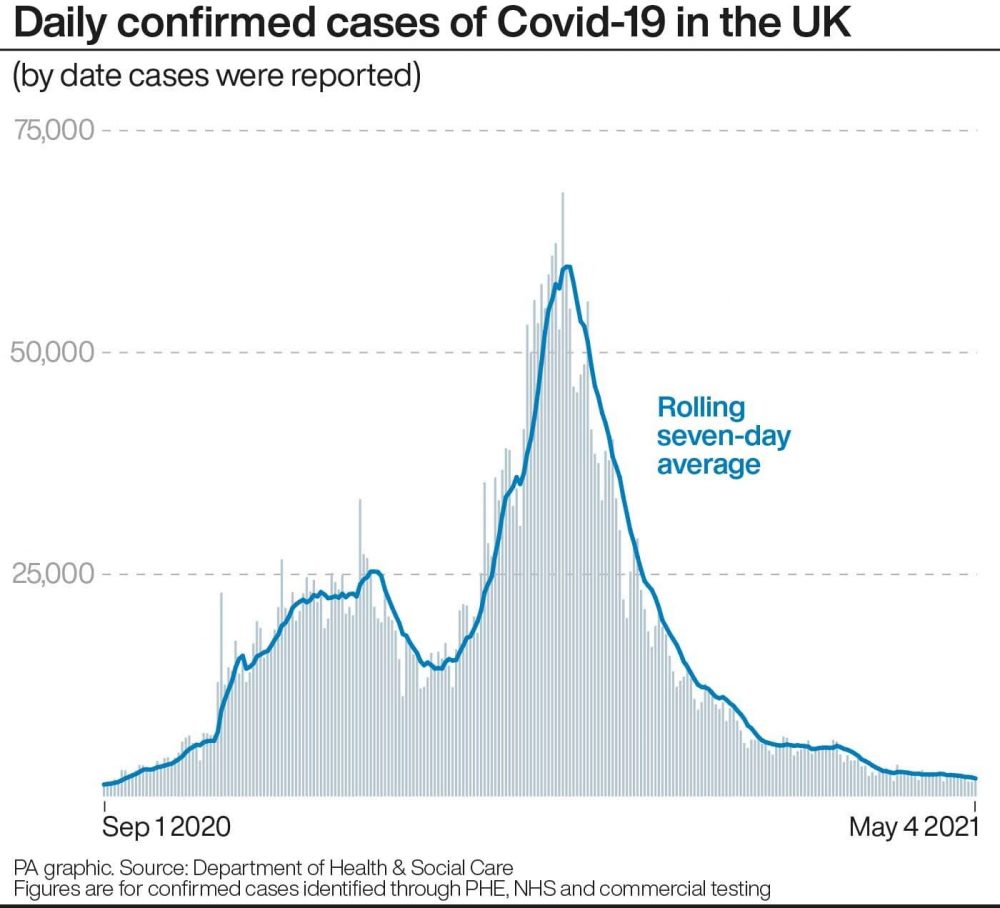 Health Secretary Matt Hancock said testing facilities at Porton Down in Wiltshire are to be bolstered to help “future-proof” the country, with a £29.3 million boost confirmed for the expansion of the laboratories where scientists test existing and new vaccines against variants of concern.

Tests on blood samples can help scientists monitor the effectiveness of coronavirus vaccines.

Current testing capacity is 700 a week, but the Department of Health and Social Care (DHSC) said this will increase to 1,500 by January 2022 – backed with a previous £20 million investment – rising to 3,000 with the increased funding.

MORE - Odeon confirms plans to reopen its cinemas on May 17

Asked whether all over-50s will be offered a booster shot before winter, Mr Zahawi said “that decision hasn’t been made”.

Professor Adam Finn, a member of the Joint Committee on Vaccination and Immunisation, said variants will be an “increasing problem going forward” so the investment is a positive development as there is a backlog of tests to be conducted.

He told Sky: “We’re all well aware that this has been a concern since the beginning of the year, when we first reported the emergence of this much more infectious variant in the UK, and we’ve been hearing in the news for weeks and months now about variants and other parts of the world – South Africa and Brazil and, most recently, India – but there is virus circulation going on throughout the world and in many of those places there’s no real testing of the viruses going on, so there’s certainly viral evolution happening.

“As more and more of the world’s population become immune to the virus through infection or through immunisation, the speed of that is likely to go up so it’s certainly a problem now and it’s likely to be an increasing problem going forward.”