Craig Phillips to abseil down Liverpool Cathedral to raise money for Willowbrook Hospice - The Guide Liverpool
Contact Us Advertise with The Guide Our Video Services Follow us:

TV presenter and DIY expert Craig Phillips may be saying his prayers tomorrow when he takes a leap of faith from Liverpool Cathedral!

First Big Brother winner Craig, 49, is abseiling down the iconic city landmark, scaling 150ft from just above the great West Door, to raise money for Willowbrook Hospice in Prescot.

Craig says: “I don’t live far from Willowbrook – I walk past it with my dog – so I’m aware of the charity and the work they do caring for patients with life-limiting illnesses in St Helens, Knowsley and the surrounding areas.

“They make no charge for their services but rely on a modest contribution from the NHS and fundraising to provide support for patients and their families. I wasn’t sure if I’d be able to help because of other commitments but I’ve moved things around so I can, and I’m really excited about doing it.” 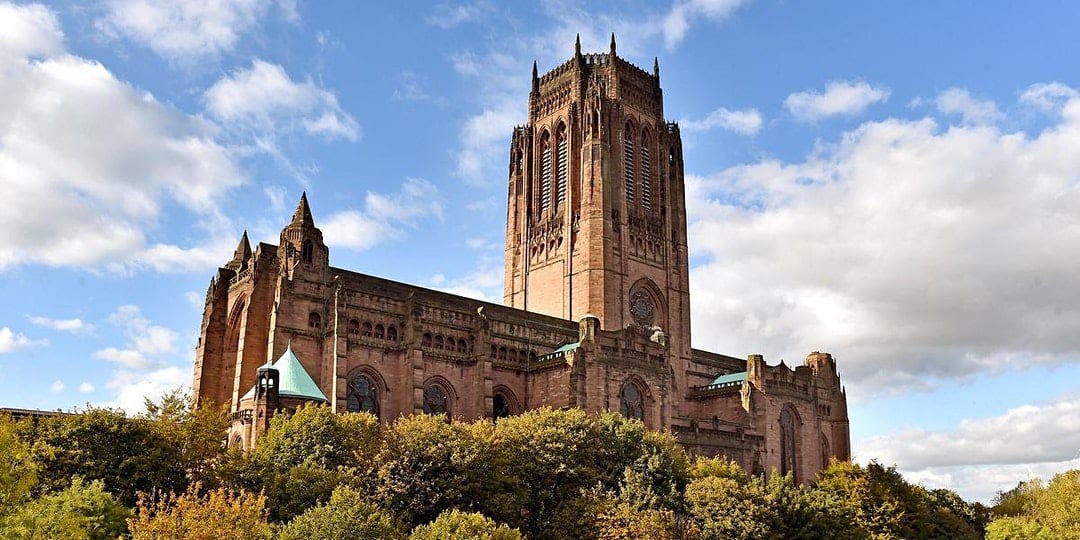 Craig will abseil down Liverpool Cathedral

A builder by trade, Craig is used to shimmying up scaffolding and climbing ladders in the line of work and has always been good with heights, but he admits to being a bit more wary of hanging more than 100ft in the air after becoming a dad to two-year-old Nelly and seven-month-old son, Lennon.

“I have got a head for heights, I’m okay,” he says. “But I’ve got to confess that since becoming a father my bottle’s gone a bit.

“Suddenly I’ve got major responsibilities and two children depending on me.”

Craig, who’s originally from Seaforth and now lives near Rainhill where he’s built his own home, has starred in top TV DIY programmes like Renovation Street and 60 minute Makeover since winning the first ever Big Brother in 2000.

He became a firm favourite after donating the £70,000 prize money from the reality show to his friend Joanne Harris, who had Downs Syndrome, to pay for the heart and lung transplant she needed. He’d started raising money for Joanne, who sadly died in 2008, before Big Brother and within days of winning he’d achieved the necessary target of £250,000 thanks to donations and celebrity support. 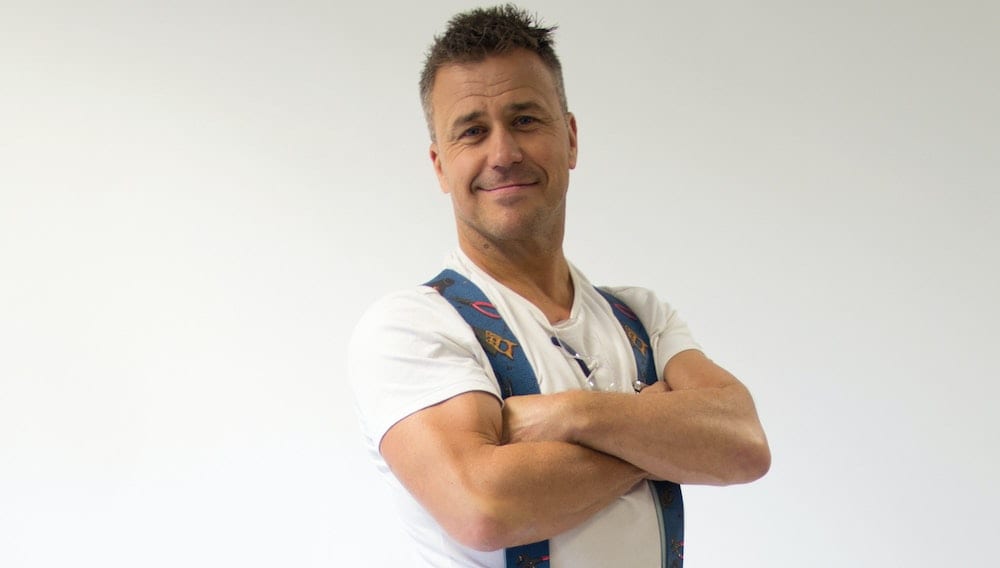 Over the years the kind-hearted celeb has continued to raised thousands for charities across the UK.

He’s completed marathons, half marathons, triathlons and more to ‘contribute to raising millions’.

“It’s important to me to do stuff like this,” he says. “If you can give your time away to raise awareness or money for charities, because of the position you are in, then you should.

“I’d supported a few small charities before Big Brother but I didn’t have the reach that I have now. After Big Brother every charity in the country wanted me to show support so I decided then to set two or three days aside each month to help charities. 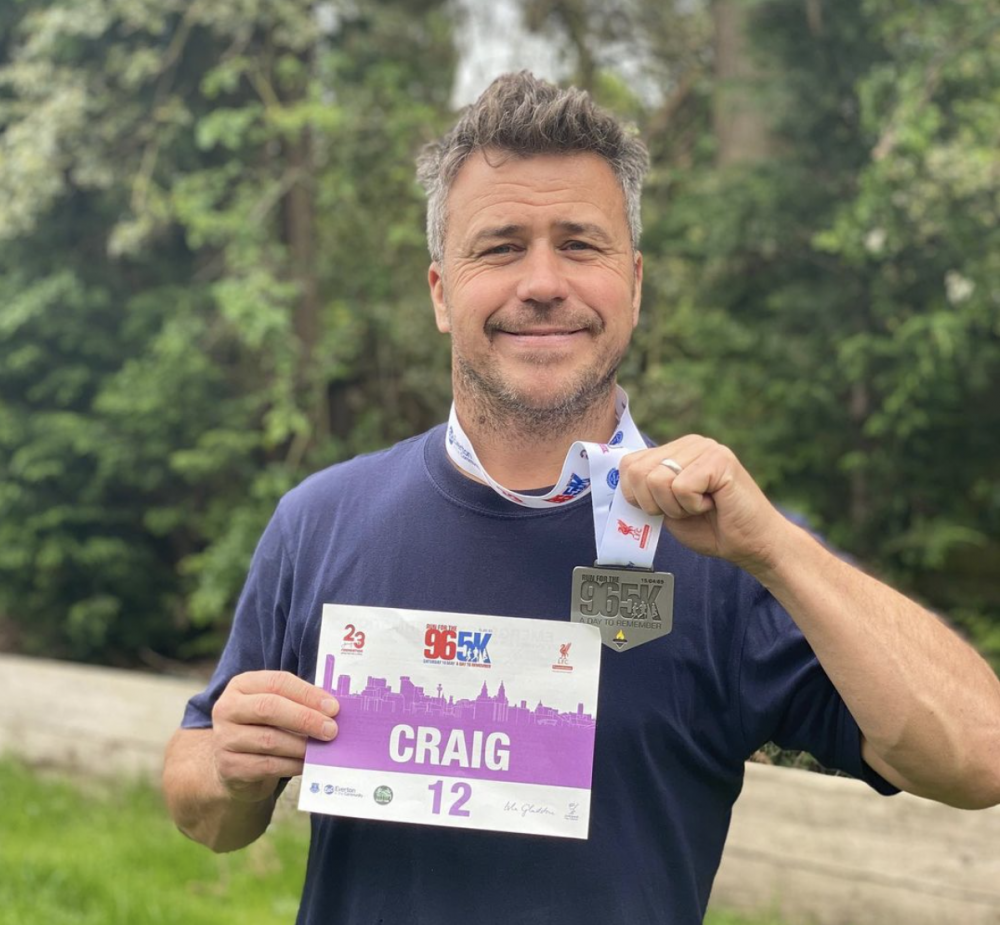 “It’s something I’ve always done and I get a lot of self-satisfaction from it. I’m going down to Goodwood next Saturday to host a supercar event which I’ve done for the last nine years – except last year – for The Children’s Trust in Surrey which I stumbled upon.

“I’ve not been to Willowbrook Hospice yet but I’m going to go. They have around 500 volunteers, many of them pensioners and I think if they can make the effort, I can make the effort too. I enjoy doing a lot of the fundraising events I do.”

MORE - 11 reasons you should book time off work this summer, even if you can’t travel abroad

Craig is also going to Whiston Hospital next week to support them as they open a garden area in memory of staff they lost through Covid. Three weeks ago the hospital saved son Lennon’s life when he suffered a severe reaction to peanut butter. “That was scary,” adds Craig. “We owe everything to the wonderful, caring staff.”

Liverpool Cathedral is not the only building Craig has abseiled from and it’s certainly not the tallest.

Five years ago Craig abseiled down the 550ft Spinnaker Tower in Portsmouth with his then new girlfriend – now his wife – Laura. 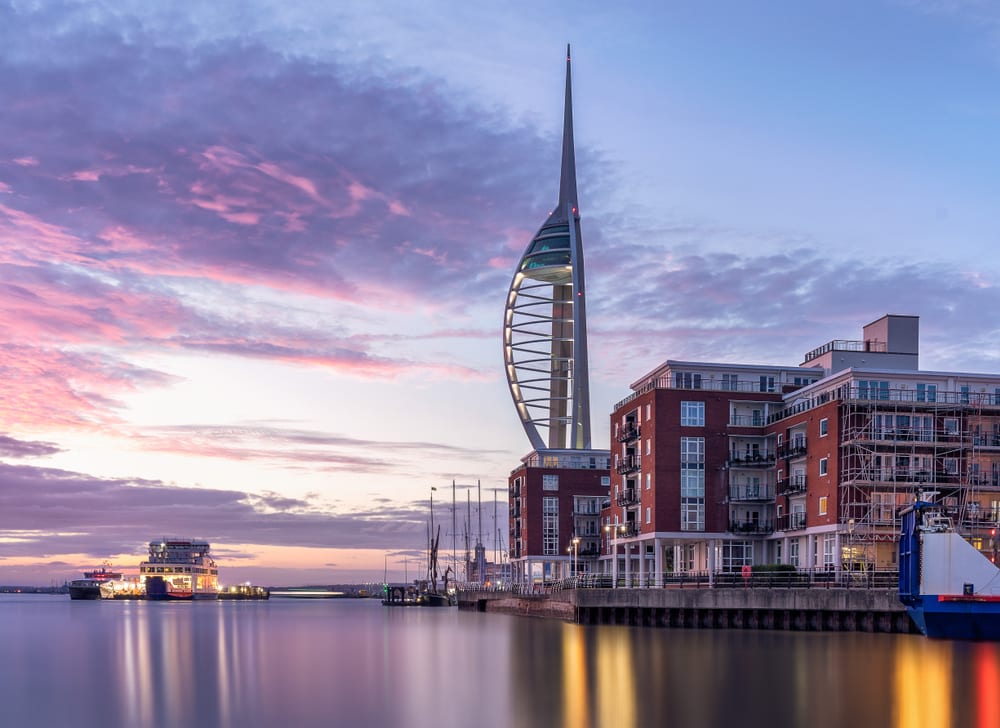 Craig, who now has a Mrs&MrsDIY website with Laura, laughs: “We’d only been going out for a couple of weeks and I asked if she wanted to come down with me, and then if she wanted to do it with me, which she did. We were supposed to go down together and we got all harnessed up, then Laura walked off and was dangling over the edge waiting, and I started a conversation with someone.

“About five minutes later she was swinging in the wind and shouting me! But she forgave me.”

Craig hasn’t set a target for tomorrow’s fundraiser having only created a JustGiving page today but he says: “I just want to raise as much as possible, perhaps hundreds or even thousands, for a great cause.”

You can support Craig here.