Cream Classical in the Park announces stellar lineup of dance acts and DJ's including Faithless & Paul Oakenfold - The Guide Liverpool
Contact Us Advertise with The Guide Our Video Services Follow us: 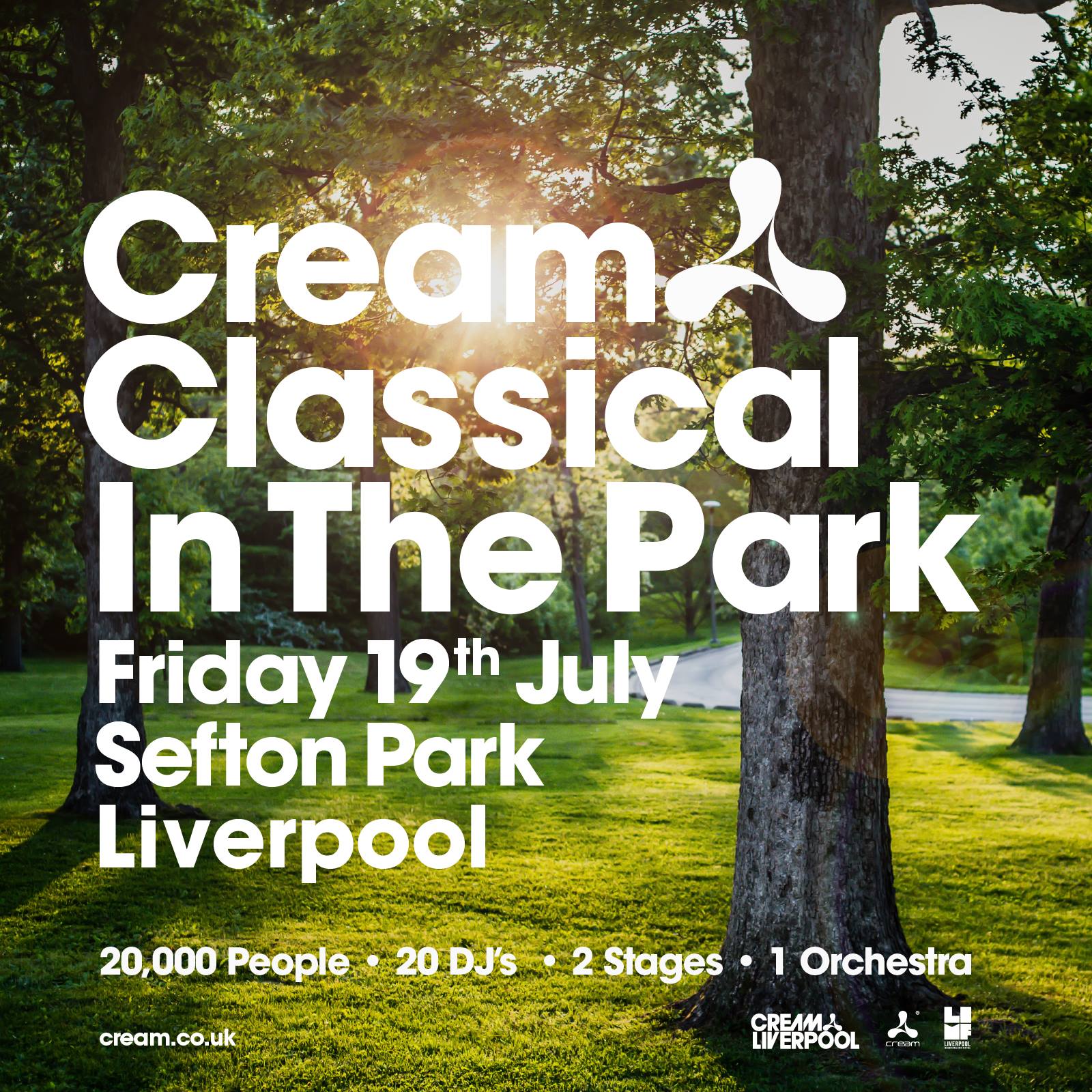 It was announced earlier this month that Cream Classical would be bringing its incredible show to Sefton Park for a full day of dance anthems in the sunshine. Today the lineup has been unveiled.

Cream Classical in the Park is already shaping up to be one of the most anticipated shows of the summer as the award-winning promoters behind some of the world’s biggest electronic music events bring their hugely successful ‘Cream Classical’ show outdoors for an all new 20,000 capacity event at Liverpool’s Sefton Park on Friday 19th July.

Joining the 50 piece Kaleidoscope Orchestra who will be performing a spinetingling performance of Cream Classical, are some of the biggest names from Cream’s legendary history, all joining together for a celebration of electronic music at its best and a soundtrack to a generation, featuring performances from Faithless (DJ Set), Paul Oakenfold, Roger Sanchez, Seb Fontaine, Tall Paul, X-Press 2, Dave Seaman, Sonique, John Kelly, Paul Bleasdale, Andy Carroll, Phat Phil Cooper plus more to be announced.

The event is in association with Liverpool International Music Festival and will take place on Friday 19th July at Sefton Park.

Tickets are priced from £20+BF / VIP tickets from £35+BF (VIP tickets get you fast track entry & access to the VIP area).   All those signed up for pre-sale tickets will receive an exclusive link to purchase from 9am Thursday 28th February / General tickets on sale 10am.

You can book your tickets for Cream Classical through Ticketquarter here.

Cream Classical In The Park

+ More to be announced