Crosby's Plaza Cinema smashes fundraising target as it reveals reopening plans - The Guide Liverpool
Contact Us Advertise with The Guide Our Video Services Follow us:

The historic Plaza Cinema in Waterloo has smashed a fundraising target set to help it survive the coronavirus shutdown – and now it has revealed plans to reopen on July 17.

The future of the much-loved community cinema, which opened in 1939, was thrown into doubt when it had to close its doors on March 18 due to Government restrictions.

Former volunteer Daniel Taylor launched a crowd-funding appeal, hoping to raise £1,000 to help towards costs. But just weeks later, almost £11,000 has been pledged and manager Martin Fol has been able to draw up a new socially-distanced seating plan ready for reopening.

Daniel, who works as an IT technician at Merchant Taylor’s Boys School nearby, started the appeal because he feared the Plaza could be faced with closure forever due to lost revenue during the virus crisis.

“I’ve seen other old cinemas in Liverpool that have closed and are now shops, and I always think what a waste it is,” he says. “It got me thinking how sad it would be if the Plaza to had to close.

MORE - GALLERY: Guests have been showing the love for Knowsley Safari after its first week open

“I spent about four years volunteering there with a friend who was doing his Duke of Edinburgh award, right up to when we were doing our A levels.  I know how important it is for the community, not just because it’s somewhere to go and watch films, they also do so much work with schools and local businesses, everyone chips in to help everyone else.

“I also know how much they rely on getting people in through the doors to be able to stay open so I messaged the manager, Martin Fol, to say ‘do you mind if I do this fund-raiser?’ 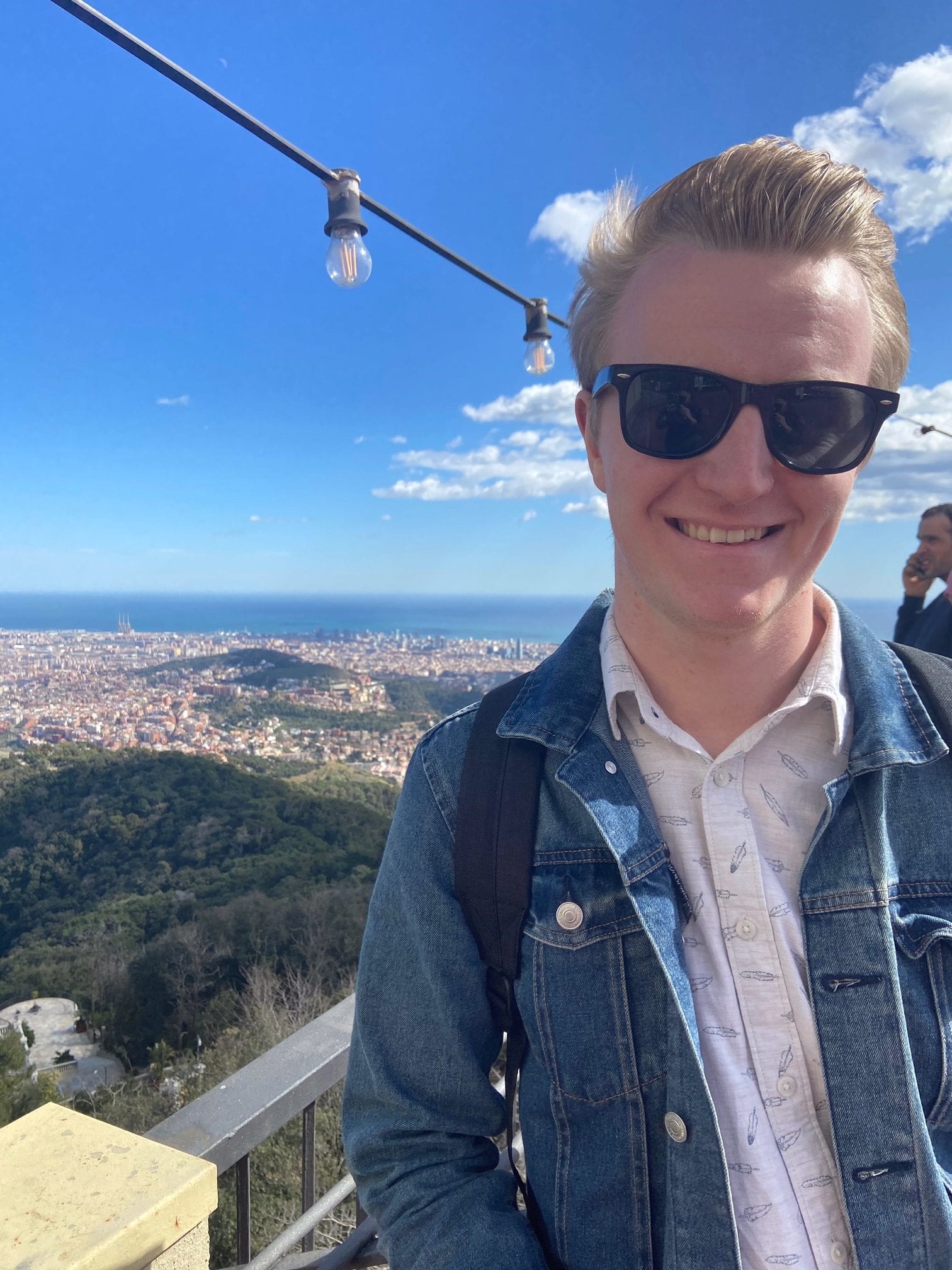 “He said yes, so I set a target of £1,000 to start with, just a little to help, then I put it on social media and asked people to share. So many people did, including Jamie Carragher who used to come in quite a bit with his kids when I worked there. The response has been amazing.”

Manager Martin, who has worked at the Plaza for 21 years, says he’s been overwhelmed by the support it’s received.

And now he’s able to look forward to getting back in business in just a few weeks’ time.

“Since we shut down, I’ve been going in every day to check on the building, and I’ve been changing the canopy every week outside to put up messages about keeping safe in the virus, but now I’m going to be able to use it to focus on us and our reopening, hopefully on July 17,” he says.

“We’ve used the time we’ve been closed to have the seats cleaned in the big screen, we’re getting two ramps put in and I’ve been working on a safe, socially-distanced seating plan.

“We have three screens – the two smaller screens are going to go from seating 92 to 44, and the big screen will go from 596 to 235.  Downstairs we have 216 seats, so we’re doing the front row with family of four at either end, then second row we’ll use the centre seats, third row at the end. We’ll alternate the rows to give people space. 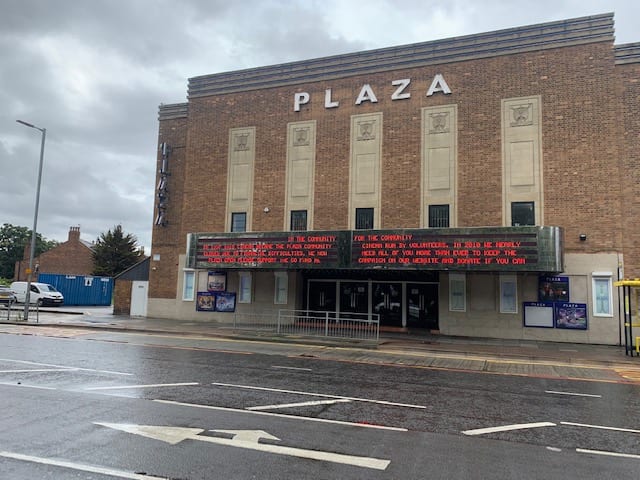 “Upstairs there are 380 seats which fan out, so there we’ll do groups of five, then the row behind will be in twos, because we want to try and make as many seats available as possible for families and for couples.”

With no online booking, Martin says they’re advising people to come and distanced queue in the car park to get their tickets.

“We’re going to spread our films out by half an hour to stagger them and give people more time to arrive and get through the queue,” he explains. “So we’re asking people to come for the film they want to see, not for one in 45 minutes time, or – because the box office will be open all day – they could get them when it’s quiet, then come back later for their screening.”

As for the fund-raising, he says the support they’ve received has been fantastic.

“People have rallied round us incredibly. As well as the Go Fund Me that Daniel set up, which will make a big difference and help towards running costs, we’ve had lots of other fundraising going on for us. A lady ran a cake sale, Bake my Day, there’s a DJ streaming next Saturday to raise money, St Edmund’s and St Thomas school have done a quiz, Crosby Housing are planning a fund-raiser and St John’s Road are doing a huge raffle. Frank Cottrell-Boyce who lives locally has been a big supporter too, he does Q&As for us and he’s been really kind.”

Martin says he’s counting down the days to July 17 now.

“I can’t wait to reopen the doors and all three screens. As well as new releases we’re looking to bring classic films for the first week in the evening, with kids films during the day. And we’ll be lighting up the building in the evening and hopefully get people excited for us coming back.”

To donate to the Go Fund Me for the Plaza, go to the website here.