Dale Roberts: Being more spontaneous - The Guide Liverpool
Contact Us Advertise with The Guide Our Video Services Follow us: 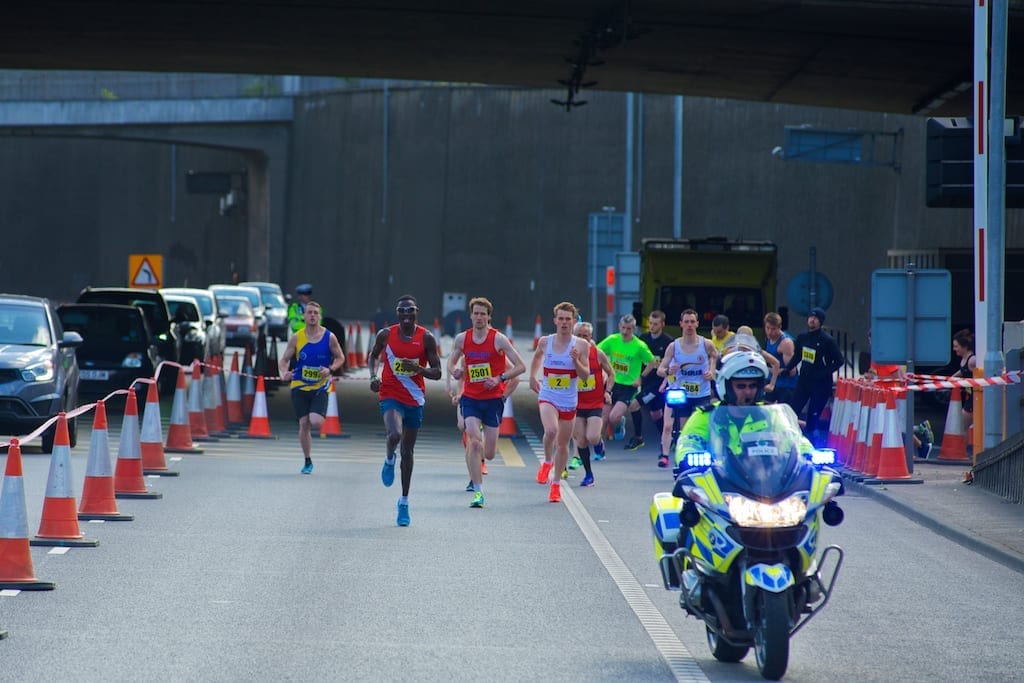 I decided this time last week that I would run a 10k. That may not seem like a surprise, thousands of people choose to run a 10k all of the time. But I decided to sign up with only 4 days preparation to do the Mersey Tunnel Run 10k which was this weekend just gone.

I’m not a keen runner or a fitness fanatic if I’m honest, in 2009 I did study to be a personal trainer but I never followed up on it really. I discovered burgers, beer and bed. All 3 sounded preferable to getting up early and exercising this weekend. But last Tuesday night I decided I would give it a go. I went to the gym on the Wednesday and I regretted the decision, I could barely run. My legs gave out after a mile and half and I went home feeling stupid for even signing up.

Come the morning of the race I got out there, feeling tired and full of doubt. I arrived and seen all the people who were clearly in better shape than me. I sat down and started sorting out my playlist thinking to myself “Why did I agree to this?”

Good morning! @DRDaleRoberts here.. At the @btrliverpool Tunnel Run! Looking forward to being overtaken by you all! pic.twitter.com/q2gYI4qhyp

The race started, we ran almost immediately downhill and into the Mersey Tunnel. It was all downhill for the first 1k and it gave the perfect chance to warm into it. Then all of a sudden, we were jogging back out of the Mersey, and into the Wirral. All up hill. But if I’m honest, I felt really good for it, I was at a good pace and the first 1K being downhill got me warmed right up.

Could think of worse ways to spend my Sunday.. This Tunnel Run is worth doing you know.. pic.twitter.com/nfcSGGQK7j

You see, I have ran a couple of 5Ks, I have done tough mudder twice and I have ran a half marathon, but for me, the 10K was a bit of a mystery: it’s fast like a 5k, but you kind of need to pace yourself like a half marathon. A 5k seems to be over almost before it begins, but the 10K was long enough to feel like a really good achievement, while I wasn’t in agony for days afterwards.

But it got me thinking, why can’t I always be more spontaneous?

Think about it. When somebody says “Do you want to do this tonight?” we always throw barriers up in the way. Whenever something seems to be a little bit daunting or outside of our comfort zone we put barriers up to protect us from getting hurt or feeling shame. When I was given the opportunity to do this 10k, I had very little time to prepare. But doing it wasn’t something I regret, in fact it couldn’t be further from regret. I’m proud that I decided to do something that was proactive and positive rather than spend my weekend hungover.

So many of us refuse to do things out of fear. We limit ourselves and hold ourselves back from doing what we know will be fun and productive, simply because we would rather tuck ourselves away and be comfortable and safe. I’m saying that this 10k has converted me. I was already spontaneous as a person, but from now on I will be a spontaneous achiever… Maybe I will even be a regular 10k runner and just go around collecting medals at the drop of a hat. I think I like the sound of that…

Nice way to spend my morning!
Now to enjoy the rest of Fathers Day. ☺ pic.twitter.com/GxG3aQu3Lr

Dale ran the Tunnel Run 10k raising money for the James Bulger Memorial Trust. And would like to thank BTR Liverpool for a bringing yet another fantastic event to our wonderful city.