Date set for Tony Bellew to defend his title at the Echo Arena - The Guide Liverpool
Contact Us Advertise with The Guide Our Video Services Follow us: 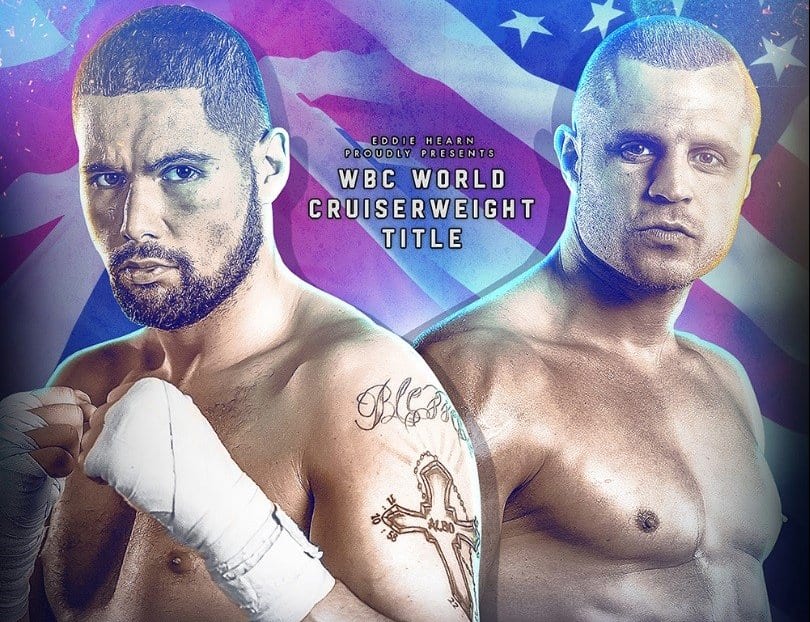 The date is set for Liverpool’s Tony Bellew to make his first defence of his WBC Cruiserweight title.

It’s down to Californian boxer B.J Flores to try and nab it from at the Echo Arena on Saturday 15th October.

Bellew landed the title with a fairy tale KO win over Ilunga Makabu at the Goodison Park home of his beloved Everton FC in May and will pack out the Echo Arena in his first fight as a World champion. Colourful Californian Flores is gunning for the title in his second World bout having taken Beibut Shumenov the distance for the interim WBA strap last July, and ‘El Peligroso’ will look to go one better against the ‘Bomber’ in what promises to be a spicy build-up between the two outspoken big hitters. 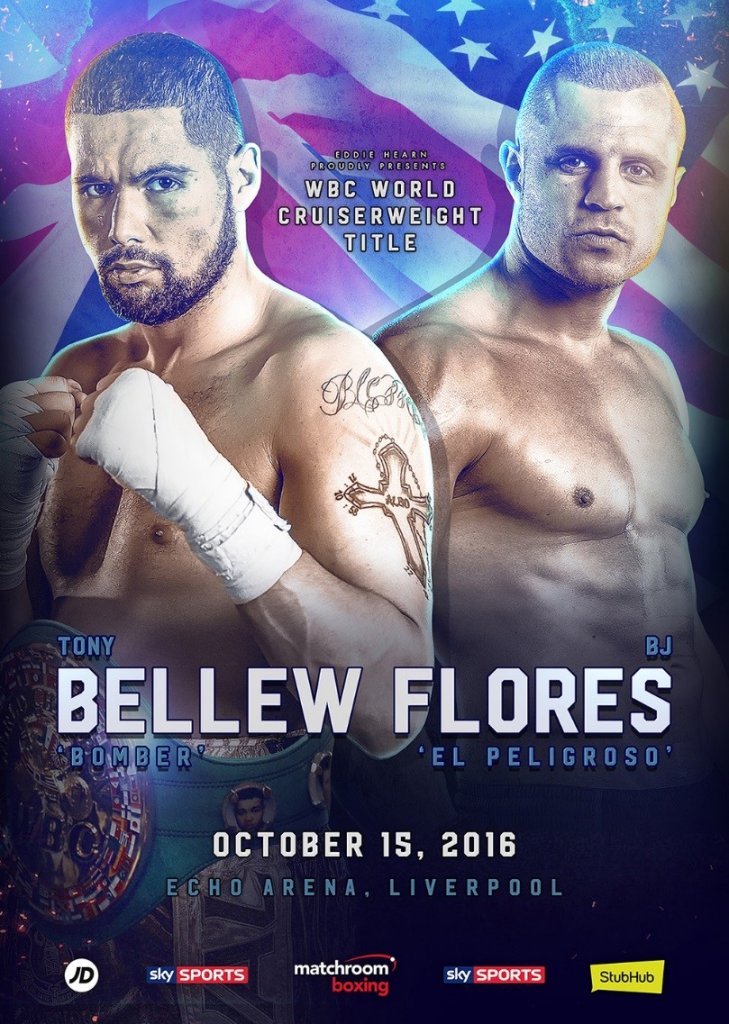 “I am going to smash BJ Flores to bits and be the first man stop him,” said Bellew. “All he keeps saying is that I am a Light-Heavyweight, I am this, I am that, so we will soon find out.

“He’s been mouthing off and following me around for a couple of years and I’m just a little bit fed up with him now. That’s the best way to look at it.

“I believe he will be training with Shane McGuigan and the David Haye camp, and the one thing about fighting Flores is we could well have fireworks before the fight even begins.

“He needs to tone it down and realise that I am giving him this opportunity and he is giving me nothing. He can do what he does and say what he wants, we’ll see. Come fight night he is going to be in for a rude awakening.”

“I am looking forward to this massive opportunity to become WBC champion of the world,” said Flores. “I will completely dedicate the next 63 days of my life to making sure I am 100 per cent ready on fight night. Tony is a good fighter and has earned his title.  Many UK fans are not familiar with my style and will be in for a real treat on October 15.

“I greatly respect the sport of boxing and I take this very seriously. I have been rated in the top 15 in the world since July of 2007. All of that means nothing unless I am able to finish with a world championship belt around my waist. I am not coming to be part of an event. There will not be one corner cut or one day without maximum effort.

“I am coming to win and after multiple camps and preparations I finally understand exactly what I need to do to win in October 15.”

“May 29 at Goodison Park was a night that will go down in British boxing history but the job is not done,” said promoter Eddie Hearn. “Tony has done the city proud and I’m delighted to bring World championship boxing back to Liverpool, we are planning a huge card for October 15. There is no love lost between Tony and Flores and fans can expect fireworks in and out of the ring.”