David Price: Thanks for the memories Big Truck - The Guide Liverpool
Contact Us Advertise with The Guide Our Video Services Follow us:

David Price: Thanks for the memories Big Truck

In what is a huge week for Liverpool boxing, and with the eyes of the world focusing on the M&S Bank arena on Saturday for the domestic grudge match between Liam Smith and Anthony Fowler, an announcement from another Liverpool boxing great has gone somewhat under the radar.

David Price announced his retirement from professional boxing this week, and in typical unassuming fashion, made no fan fare about it, David allow me to do that for you.

A product of Liverpool boxing cathedral, the Rotunda ABC, and one of the countries most decorated amateurs, the man affectionately known as ‘Big Truck’ cast a literal and figurative shadow over opponents. Standing at an imposing 6 feet 8 inches tall and with a right hand that could stop a bus, he was a fighter nobody would relish a confrontation with, but at the same time managed to comport himself with a quiet dignity and a respect for those around him. 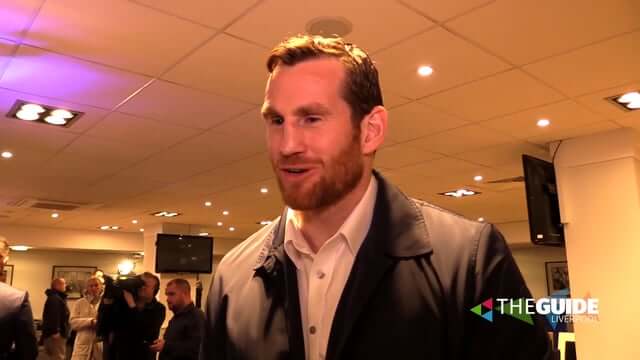 In his early amateur days he was a revelation, a Commonwealth gold medal was followed by an Olympic bronze. He was also team GB’s captain at the games in Beijing.

He made his professional debut in the Echo arena with a 3rd round TKO of David Ingleby and from then began to blaze a path through the division. He was being hailed as the next big thing and was even recognised by ESPN as the prospect of the year.

Knockout followed knockout and his name and following continued to grow. It was at the arena though that the fight which is believed by many to have been his undoing occurred, on February 23rd 2013. He was stopped in 2 rounds by Tony Thompson,  a man it must be said was later revealed to have failed more than one drugs test. This was to be a recurring theme for Price – indeed it seemed at times he went toe to toe with more drug takers than Nancy Reagan!

But to dwell on defeats would not be doing justice to the man or his career. He was a British and Commonwealth champion as a pro, and for me personally has provided some of the best highlight reel knockouts I’ve been lucky enough to witness. 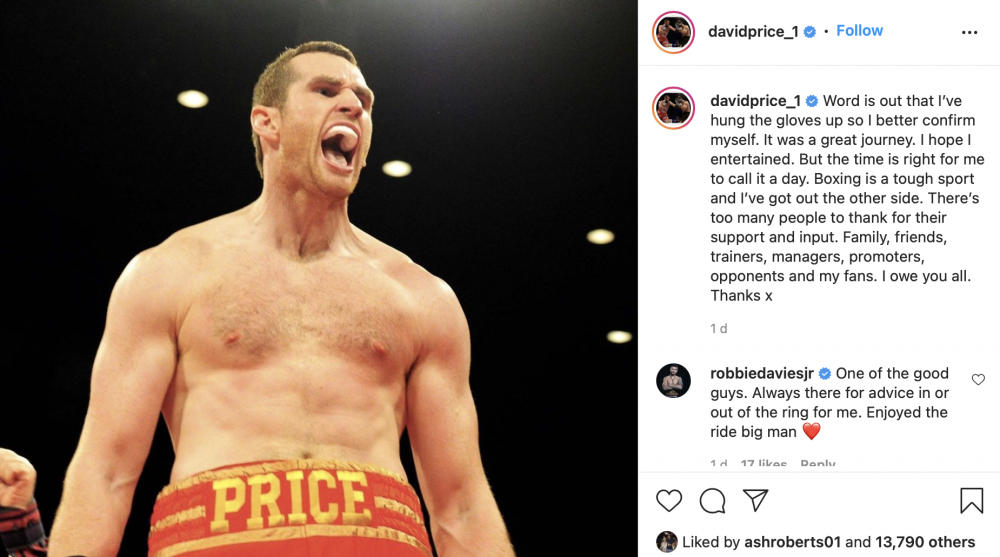 I know I certainly will never forget the one punch knockout of Tim Dallas, the demolition of John Mcdermott, the almost embarrassing 90 second destruction of Audley Harrison or the schooling of David Allen. Make no mistake, this boy could fight.

Price is a man who’s career has been heavily influenced by fine margins. The fights against drug cheats Thompson and Teper – who knows what these outcomes would have been if these men hadn’t sought a chemical solution to their boxing inadequacies. Or the Alexander Povetkin fight in which I’m certain if the rounds were 20 seconds longer we would have seen a very different outcome, when the Russian was held up by the ropes after a haymaker of a left hook from price caught him right on the button.

Yes indeed it has been a career of ups and downs, a career governed in large parts by the conflict inside a man between his natural instincts to be a nice guy and the savage intent required inside the ring.

Some say Price was simply too nice and not confident enough in his own ability, scared even of his own devastating power. I like to think he managed to find a balance between all these factors and was also just plain and simple unlucky in a lot of ways.

The common parlance tells us that nice guys finish last, well stand up David Price because you have shown the city and everyone else that this simply isn’t true – a giant in more than one sense of the word. Thanks for the memories big man.

MORE - Welcome Back: A love letter to Liverpool’s football stadiums after being empty for so long