Disco Classical featuring Sister Sledge to headline LIMF 2019 - The Guide Liverpool
Contact Us Advertise with The Guide Our Video Services Follow us: 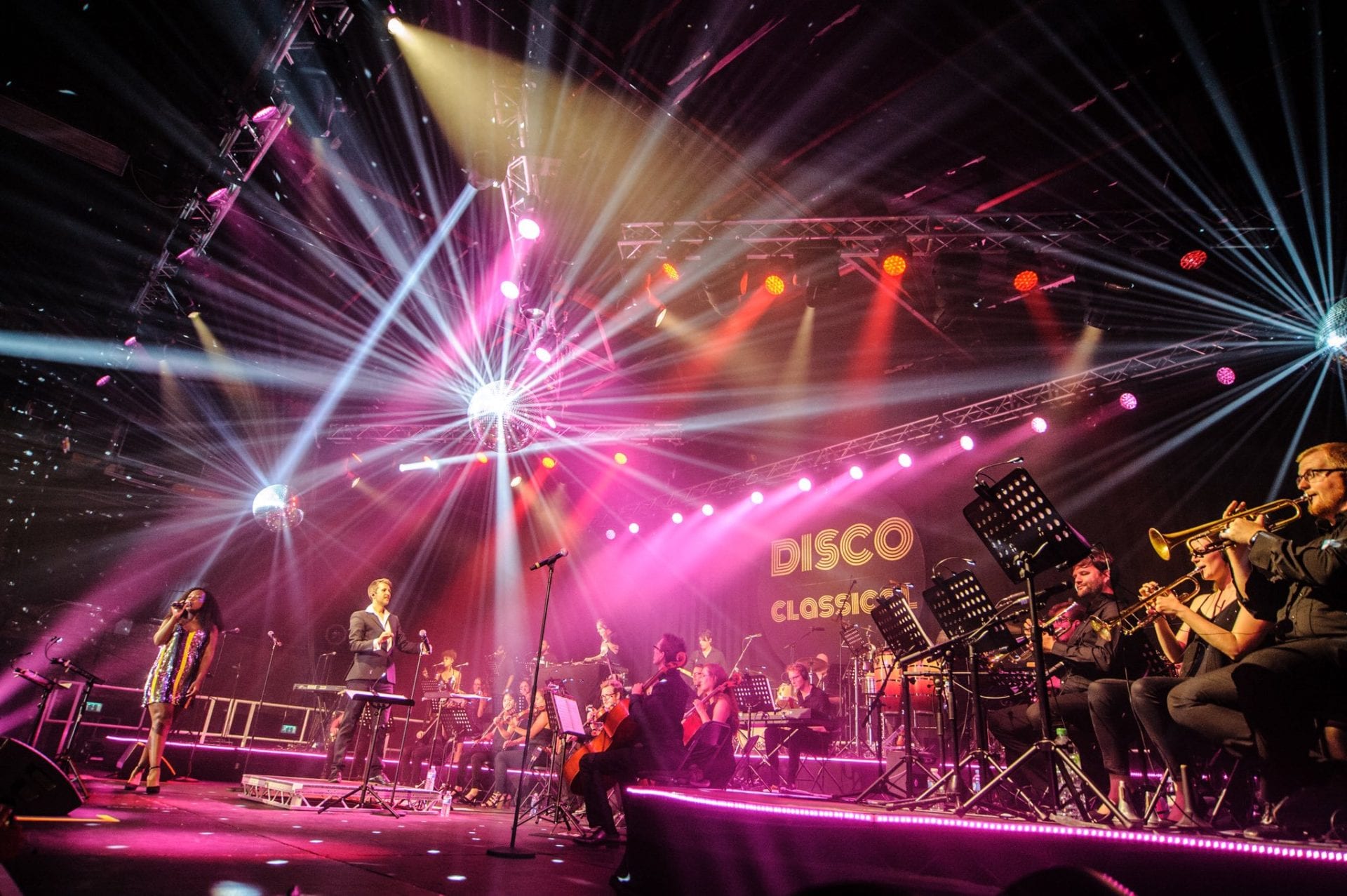 The first act to be announced for LIMF 2019 is the unmissable live experience: Disco Classical featuring Sister Sledge with Kathy Sledge. The show will feature a 35-piece orchestra and a carefully curated selection of much-loved disco hits as part of an explosive performance featuring a host of collaborators. This announcement is a taste of what’s to come for LIMF 2019, which will be revealing the rest of its star-studded line up soon.

Disco Classical has been heralded as one of the most memorable and uplifting live experiences around, and this summer it will be coming to Liverpool for the first time for LIMF 2019. One of the iconic stars behind the hits ‘We Are Family’ and ‘He’s The Greatest Dancer’ will perform a set of reimagined and reinvented disco classics with Manchester Camerata Orchestra – a 35-piece orchestra who opened Glastonbury 2017. They’ll be closing the festival as Sunday night headliners, with the help of a live band, guest singers and renowned crowd-pleaser DJ Mark Armstrong. This will be the second time that Manchester Camerata Orchestra has joined the LIMF line up, having performed their ground-breaking show Haçienda Classiçal at the festival last year.

MORE: Cream Classical will take over Sefton Park this summer

“Disco Classical is an amazing concept and experience – some of the biggest hits of the genre presented in a very special and unique way. Even better is that it continues LIMF’s traditional of headliners that know how to really deliver a celebratory party atmosphere which everyone can enjoy and dance to! This will be a terrific way to close out LIMF 2019”

“Liverpool is world famous for its music scene and Disco Classical is extremely excited to be headlining in Sefton Park as part of LIMF.

Disco Classical will bring together an incredible soundtrack with very special guests Sister Sledge featuring Kathy Sledge, and accompanied live on stage by the full legendary, Manchester Camerata Orchestra, who know how to push the boundaries in classical music.

Added to this the combination of our phenomenal singers, a choir, a band and a renowned DJ – we know we’ll have Sefton Park ‘Lost in Music!”

MORE: Watch all of the backstage interviews from LIMF 2018 with LIMF TV presented by The Guide Liverpool

The performance forms part of Liverpool’s RISE arts and events season which celebrates inspirational women who have had an impact on the worlds of music, arts, science, business, sport and politics.

Last summer, LIMF 2018 welcomed over 50,000 people to Liverpool’s Sefton Park, and championed the city’s rich musical heritage and continued cultural relevance with an impressive line up of internationally-acclaimed artists and local talent. Amongst the acts that played LIMF 2018 were Haçienda Classiçal, Wiley, StefflonDon, Ray BLK and Gilles Peterson.

This year, LIMF is returning to Sefton Park with an equally impressive and eclectic programme, showcasing once again why Liverpool is a UNESCO City of Music – a status it was awarded in 2015. A number of Liverpool musicians have performed internationally in UNESCO cities as a direct result of Liverpool’s Music City status, and this year LIMF will feature a UNESCO Music Cities collaboration on its Music City stage.

LIMF is a platform to celebrate Liverpool’s Music City status and the festival will once again support emerging Merseyside musicians through its award-winning talent development programme, LIMF Academy.

The newly commissioned Culture Liverpool music strategy highlights the need to provide a platform for young people to find a route into the music industry. LIMF Academy provides a model of how to do this with continued success. The scheme gives unsigned acts the chance to perform alongside high-profile artists at LIMF 2019 as part of a year-round programme of exclusive masterclasses and workshops.

With many more acts to be announced across two days, LIMF 2019 is set to be one of Liverpool’s most inclusive musical highlights of the year.

For the first time, the park will also play host to Cream Classical in association with LIMF on Friday 19th July, where the 50-piece Kaleidoscope Orchestra will perform alongside 20 DJs.

For more details about the RISE programme, head to www.riseliverpool.com