DISCO SÓCRATES brings The Art of Football to Constellations - The Guide Liverpool
Contact Us Advertise with The Guide Our Video Services Follow us:

DISCO SÓCRATES brings The Art of Football to Constellations 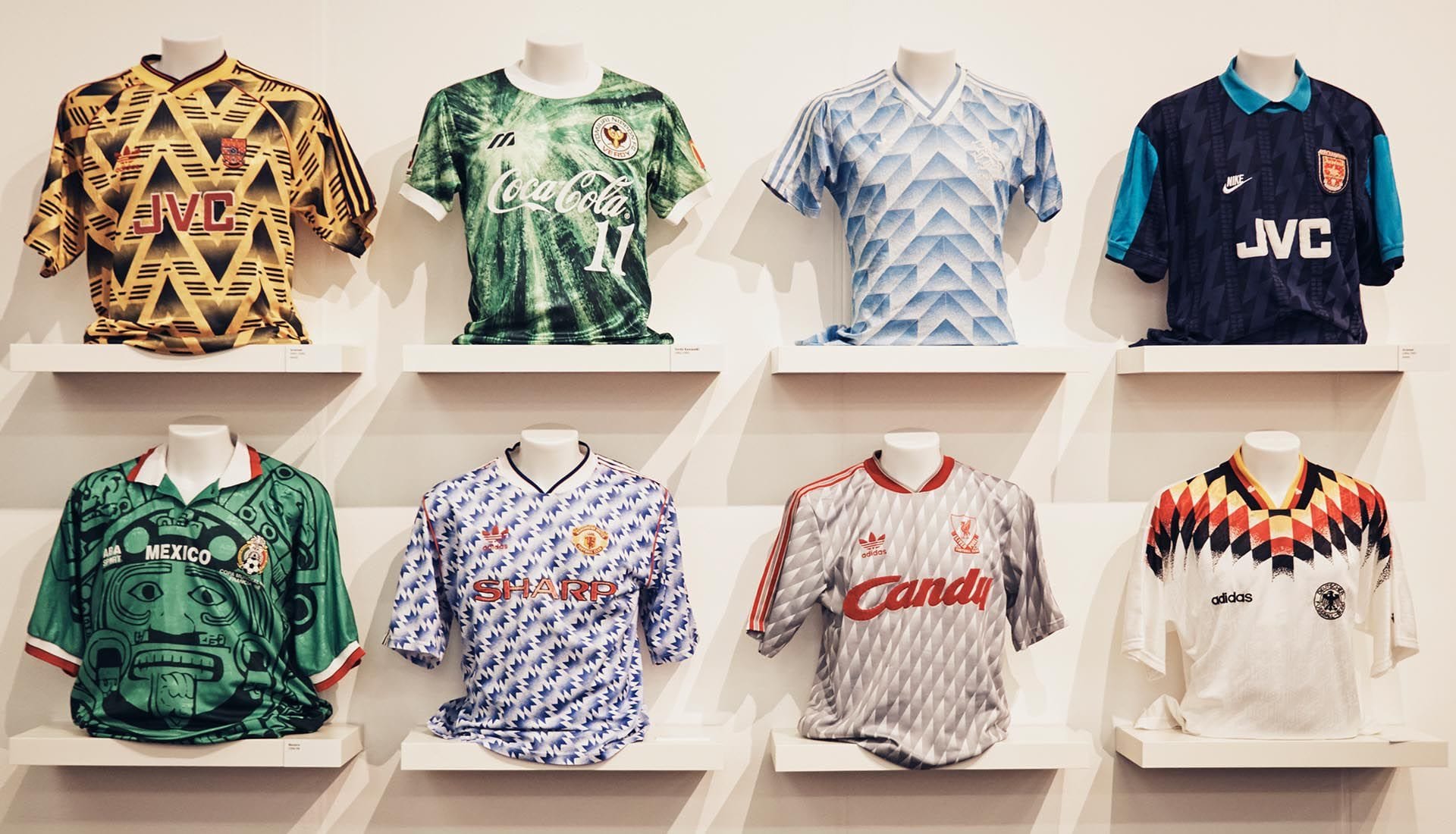 In honour of the ultimate anti-footballer, socio-political activist and godfather of football cool, DISCO SÓCRATES is an exploration of music culture and its social and political impact around the globe. Anchored around a one-day festival at Constellations, Greenland St, it will see live performances from artists drawn from the participating World Cup nations, reflecting the power of musical movements to affect change around the globe. 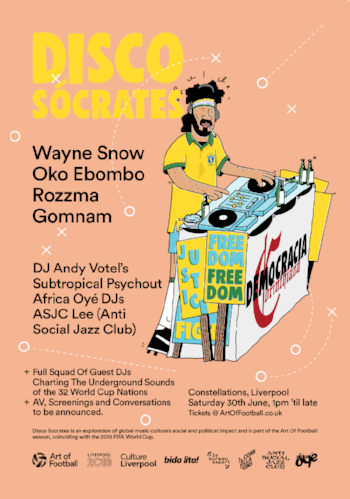 The festival will also feature DJ sets from some of today’s finest selectors taking us through the 32 nation’s sonic histories. Acclaimed DJ ANDY VOTEL will be piloting this journey as he unleashes the contents of his globe-spanning record bag. On the night he will be performing a Subtropical Psychout set, plucking the best morsels of tropicalia, psych and funk gold from Brazil. 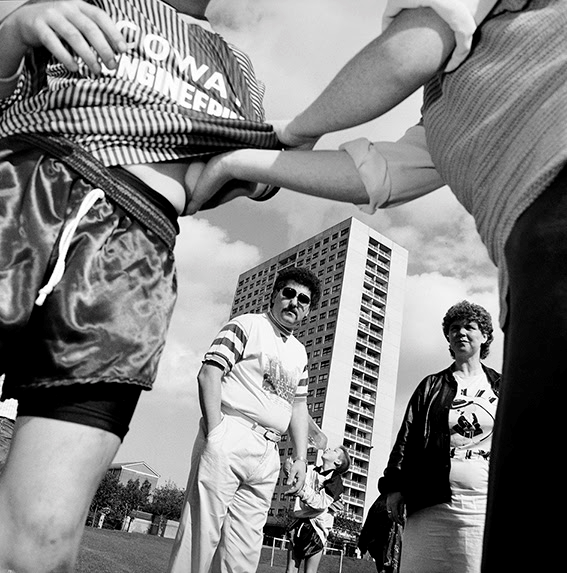 Africa Oyé and Anti Social Jazz Club are also joining the party on the decks, taking us all on the trip of a lifetime. Expect Nigerian highlife, Senegalese Mbalax, Japanese shoegaze, Icelandic soundscapes and, of course, Brazilian Tropicália.

The Disco Sócrates event takes place as part of the summer-long ART OF FOOTBALL programme which runs for the duration of the FIFA World Cup (14th June – 15th July). Taking the creative culture and social fabric which underpins the beautiful game as its backdrop, Art Of Football is a festival of the culture surrounding the game, to coincide with the greatest football festival in the world. 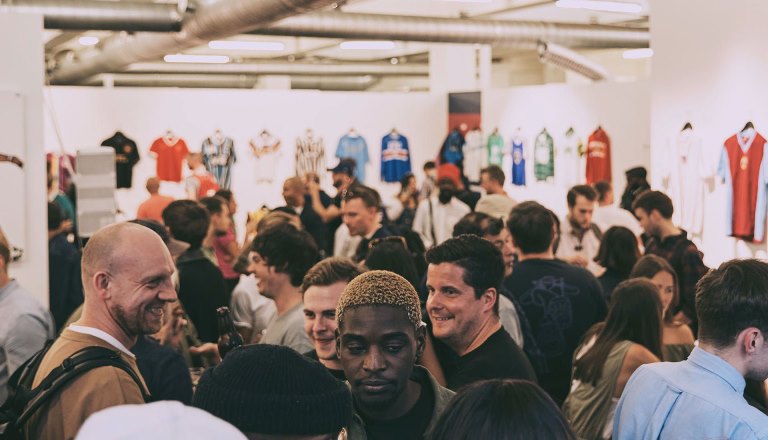 Across a series of projects and events, the festival will explore a variety of ideas and debates that show how each facet of the modern human condition can be explored through the prism of the globe’s most beloved sport. Whether it be artistic expression, women’s rights, disruptive politics, people power or populism, football has become an ever more powerful platform and a ‘proxy-theatre’ in which many of the key debates of our times are played out.

For a full rundown of the programme of events, head to artoffootball.co.uk and follow @CultureLpool on Twitter for updated on the full Liverpool 2018 programme.