Discover all the shows coming to The Epstein Theatre this Spring - The Guide Liverpool
Contact Us Advertise with The Guide Our Video Services Follow us:

Discover all the shows coming to The Epstein Theatre this Spring

The Epstein Theatre in Liverpool has announced its Spring Season 2022 programme following a hugely successful festive run of family pantomime Beauty And The Beast.

A new management team took the helm in October, and the reopening of the Hanover Street venue has proved a real hit across the city with audiences giving the theatre a warm welcome back to the city’s thriving cultural offer.

The Spring Season 2022 and excellent music programme starts with a celebration of one of the biggest bands of all time. Abba Forever is on Friday 4 February at 7.30pm. The unique Abba look and sound is replicated with incredible attention to detail. Two hours of live performance featuring dynamic non-stop choreography, stunning visuals, and top-class musicianship. Audiences will be captivated throughout.

Darkside: The Pink Floyd Show is on Saturday 12 February at 7.30pm. This show makes a return to The Epstein, treating fans to album Dark Side Of The Moon in its entirety. Fans will experience a spectacular and dramatic laser light show, evocative images and animated sequences projected on a circular screen – key features of Pink Floyd’s live performances.

Liverpool’s largest and longest running variety and burlesque show also returns to The Epstein Theatre after a smash-hit Christmas show. The Martini Lounge: Valentine’s 15th Anniversary Special is on Friday 18 February at 8pm. Millie Dollar welcomes the best names in burlesque to celebrate this milestone year in full style and glamour. 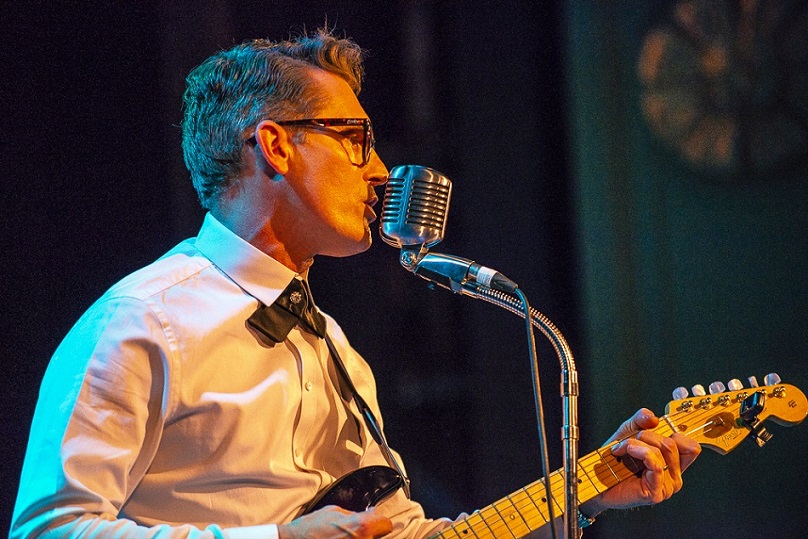 Buddy Holly Lives – The Music Never Died is on Saturday 19 February at 2.30pm and 7.30pm. This dazzling new production is written by and features musician and performer Asa Murphy. It celebrates 70 years of legendary music and includes visual and audio moments from Buddy’s short but historical career. His timeless songs include That’ll Be The Day, True Love Ways, Peggy Sue, and Rave On.

Family show The Monkey With No Bum – Live On Stage is on Sunday 20 February at 1.30pm. Based on the popular children’s book by Asa Murphy, this tale introduces youngsters to Headmaster Mr Plop, Miss Jolly, and Charlie the Monkey at Jungle School. The interactive show is full of dancing, music, and laughter. Suitable for children up to eight-years-old.

Another excellent choice for youngsters is Hurrah! For The Pirate King on Sunday 27 February at 2.30pm. Follow the great Pirate King’s swashbuckling adventure as he takes audiences on a magical musical journey to find a treasure beyond gold and jewels. A spellbinding singing adventure and introduction to opera, specially created for children in a fun and inclusive way. Brought to stage by Absolute Children’s Opera.

New play Orton: Fallen Angel is on Friday 4 March at 8pm. This new play from Grin Theatre Company, written by Wes Williams, reimagines the turbulent relationship between iconic gay writer Joe Orton and his partner Kenneth Halliwell. Based on true events and incidents, it explores their lives together and what eventually tore them apart. Suitable for over 18s only. 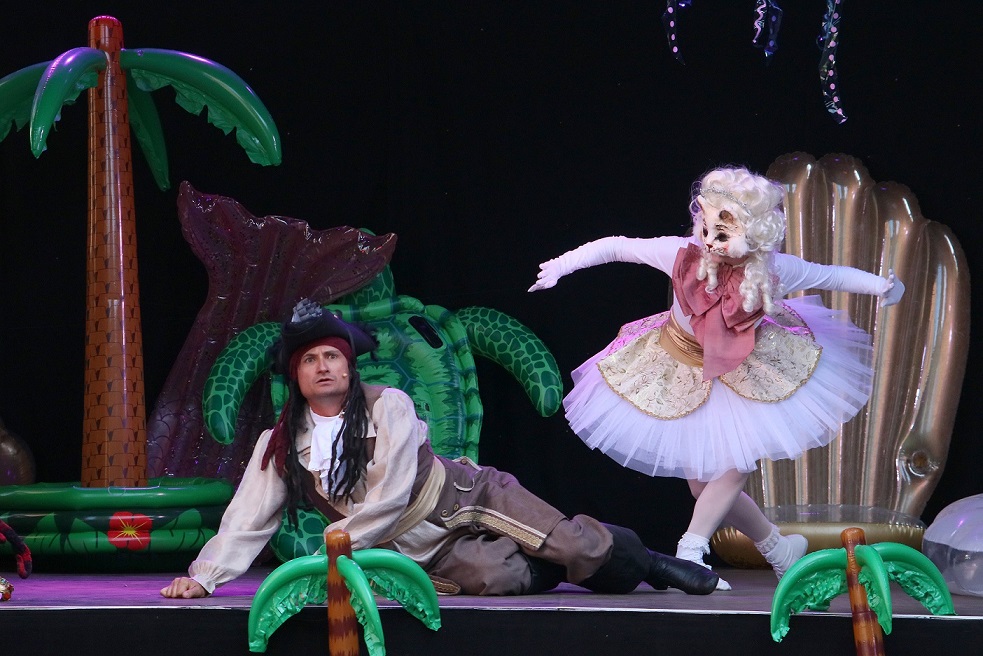 Relive the classic sounds of the 1960s and 1970s with The Jersey Beats: Oh What A Nite! on Friday 11 March at 7.30pm.Matt Andrewsleads the vocal quartet in tribute to Frankie Valli and The Four Seasons, telling the band’s story and their rise to the dizzy heights of television appearances, fame, and fortune.

Laughterhouse Comedy returns to The Epstein Theatre on Saturday 12 March at 7.30pm. Laughterhouse is Liverpool’s longest running comedy club, and has been bringing the very best in live comedy to audiences across the UK for 15 years. Audiences can expect an evening of high calibre stand-up comedy. The line-up will be announced shortly. 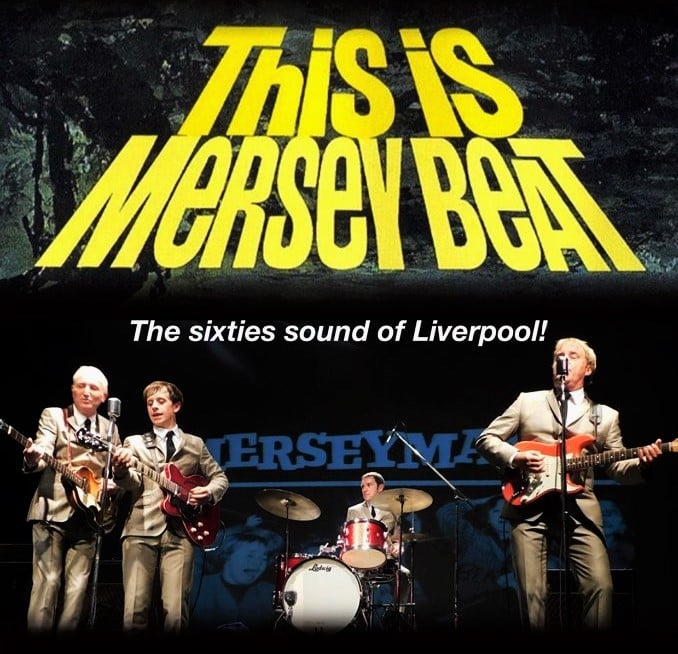 A panto is next up in the programme – but it’s definitely not for youngsters. Sleeping With Beauty: An Adult Pantomime is on Sunday 13 March at 7pm. A new take on a classic but with a grown-up twist. The show stars Hollyoaks and Waterloo Road actor Ben-Ryan Davies and panto favourite Liam Mellor. Suitable for theatregoers aged 16 upwards.

This Is Merseybeat is on Friday 18 March at 7.30pm. It’s 1962 and there’s a whole lotta shakin’ goin’ on in a backstreet beat cellar in Liverpool called the Cavern Club. Victoria Jones appears as Cilla Black, Neil Ainsby as Gerry Marsden, Paul Molloy as Billy J Kramer, and Liverpool actor Paul Codman as compere/narrator. Every song in the show was performed by a Liverpool 1960s artist, showcasing the city’s world-beating musical heritage. 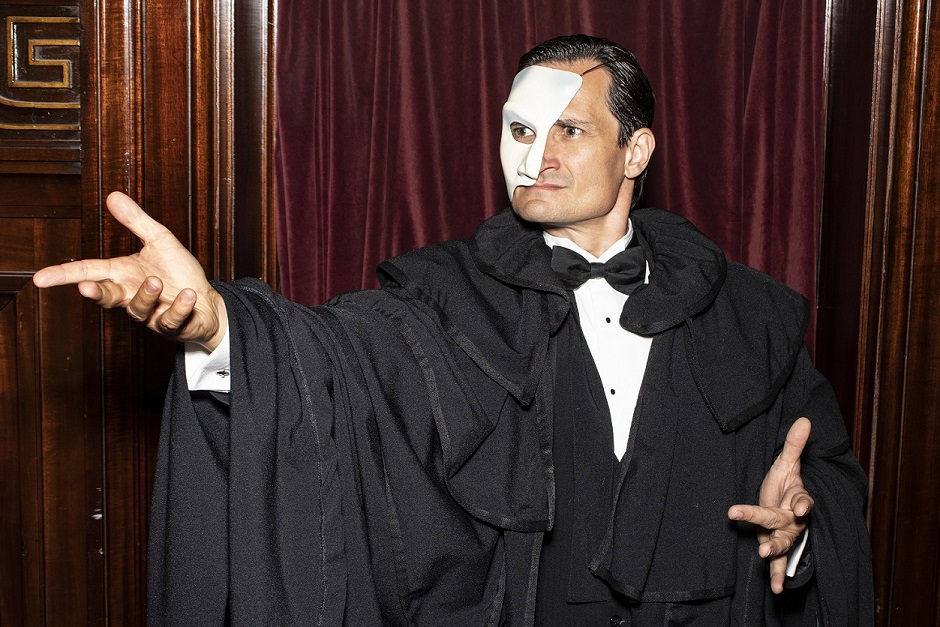 Music Of The Night

Experience stunningly beautiful opera this Spring. Music Of The Night is on Friday 25 March at 7.30pm. The show features West End and Broadway musical standards from Les Misérables, West Side Story, and The Lion King. Presented by critically acclaimed international tenorRoy Locke, who has played the lead in Andrew Lloyd Webber’s The Phantom Of The Opera, special guest Leigh Rhianon Coggins, andmusical director Tom Chester. 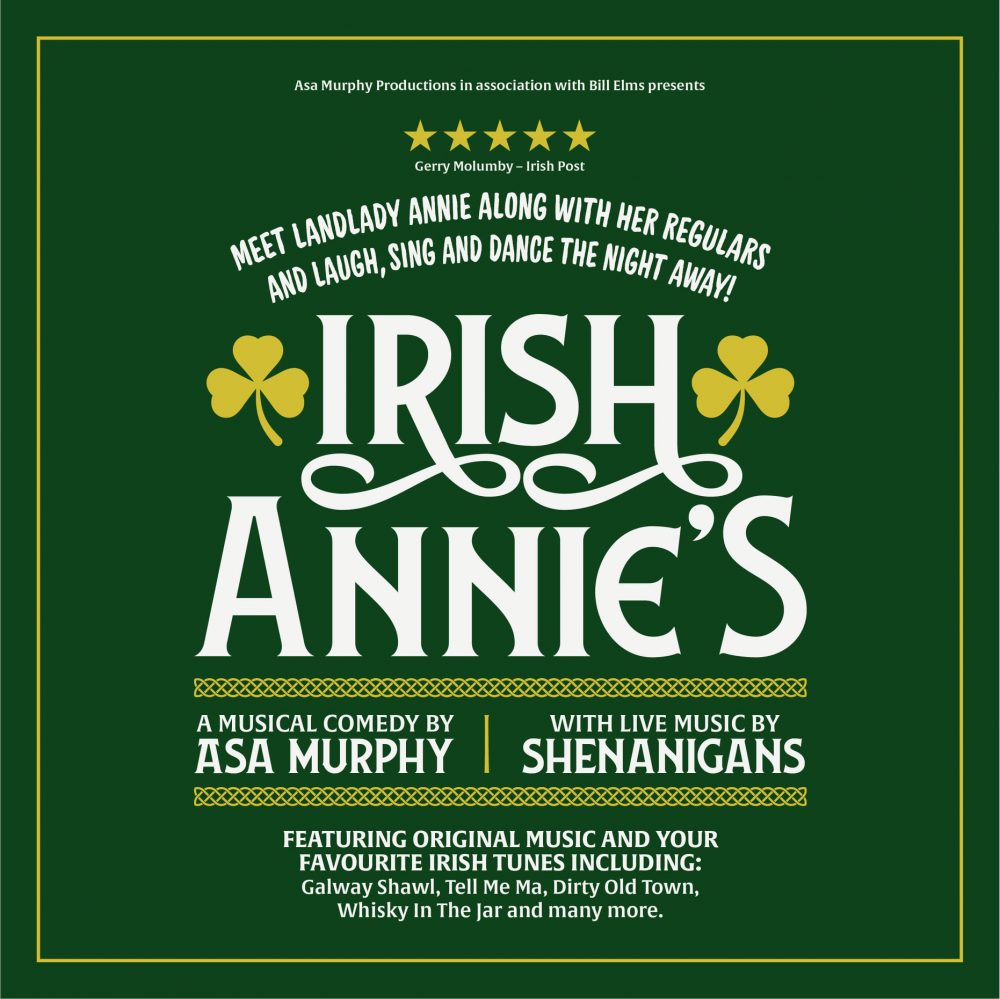 Moving to comedy, The Epstein welcomes a razor sharp one-liner performer often featured on television panel programmes. Gary Delaney In Punderland is on Sunday 27 March at 7.30pm. Gary is widely regarded as being the most quotable comic on the circuit, leaving audiences left struggling to remember all the gags. He has appeared on Mock The Week, Dave’s One Night Stand, Comedy Central’s Comedy Blue, and Channel 4’s Robert’s Web. 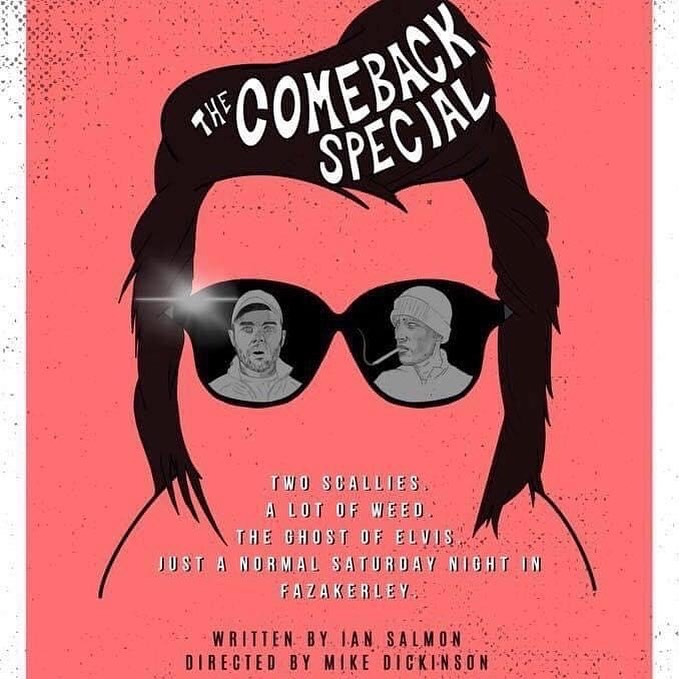 The Comeback Special returns to the stage this Spring between Wednesday 30 March and Saturday 2 April, with shows at 7.30pm and a 2pm Saturday matinee. The play follows a sold-out run in 2019 at Liverpool Royal Court’s Studio. Written by Ian Salmon, who also penned Girls Don’t Play Guitars. Expect laughter and music aplenty.

MORE - Look at the new attractions coming to Southport Pleasureland

Easter half-term fun comes in the form of a Regal Entertainments’ pantomime. Jack And The Beanstalk runs from Wednesday 13 April to Sunday 24 April. The show tells the rags to riches story of a boy who sells the family’s cow for a handful of beans, getting him into a lot of trouble with his poor mother. The tale takes a magical twist and takes Jack on adventures to a mystical land high in the sky. Full cast to be announced shortly. 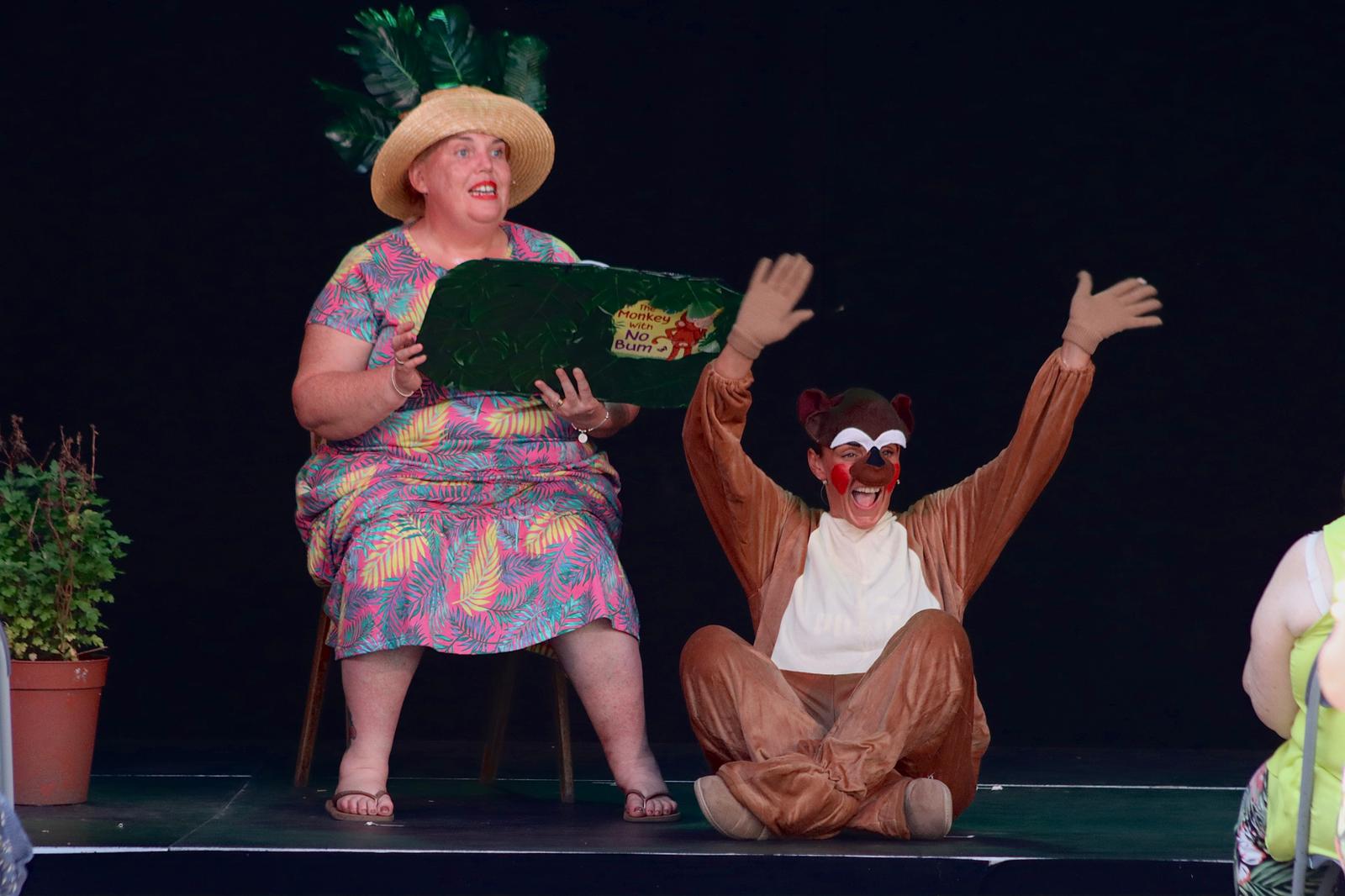 Celebrate the music of Genesis, Peter Gabriel, Phil Collins and Mike And The Mechanics. Genesis Connected is on Friday 29 April at 7.30pm. Fronted by vocalist Pete Bultitude, who is also a gifted drummer – so audiences can expect the iconic “double drums” element as featured on every Genesis and Phil Collins tour. Hits span the late 1970s onwards and include Turn It On Again, Sledgehammer, In The Air Tonight, Against All Odds, Solsbury Hill, You Can’t Hurry Love, and The Living Years. 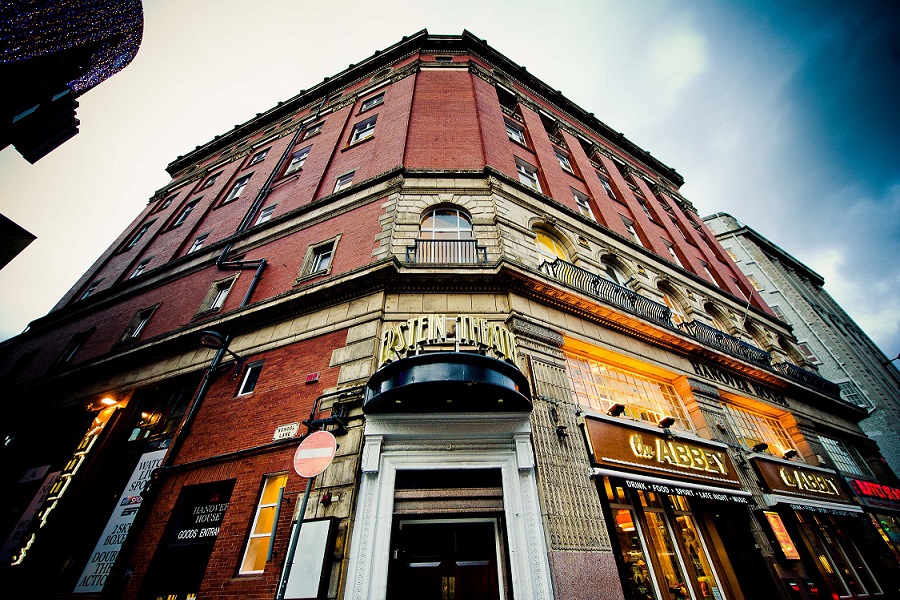 “After a fabulous festive run of Beauty And The Beast, we’re incredibly excited to now announce the Spring Season 2022. The packed programme features a fantastic variety of shows catering for theatregoers of all ages. We’re eager to enter into this new era for The Epstein with anticipation and optimism for a bright future for our much-loved venue.”