Ellesmere Port couple stranded in Vietnam due to virus become food bank volunteers - The Guide Liverpool
Contact Us Advertise with The Guide Our Video Services Follow us:

A couple stranded in Vietnam for eight weeks due to coronavirus travel restrictions say they feel safer there – and they’re paying back the locals’ kindness by volunteering at rice foodbanks.

Robbie and Marg Turner from Ellesmere Port should have been home five weeks ago after what was meant to be the holiday of a lifetime.

Their Cathay Pacific flight, due to depart on March 27, was cancelled and every other commercial flight they have tried to book since has also been grounded.

Marg, 62, says repatriation flights bringing Brits back to the UK were filled with those who had serious health conditions, so the couple didn’t qualify.

She says they’ve spent every day on the Government website, looking for updated advice, and searching for any flights which might still be operating. They’ve also been in contact with the British consulate to explain their situation. 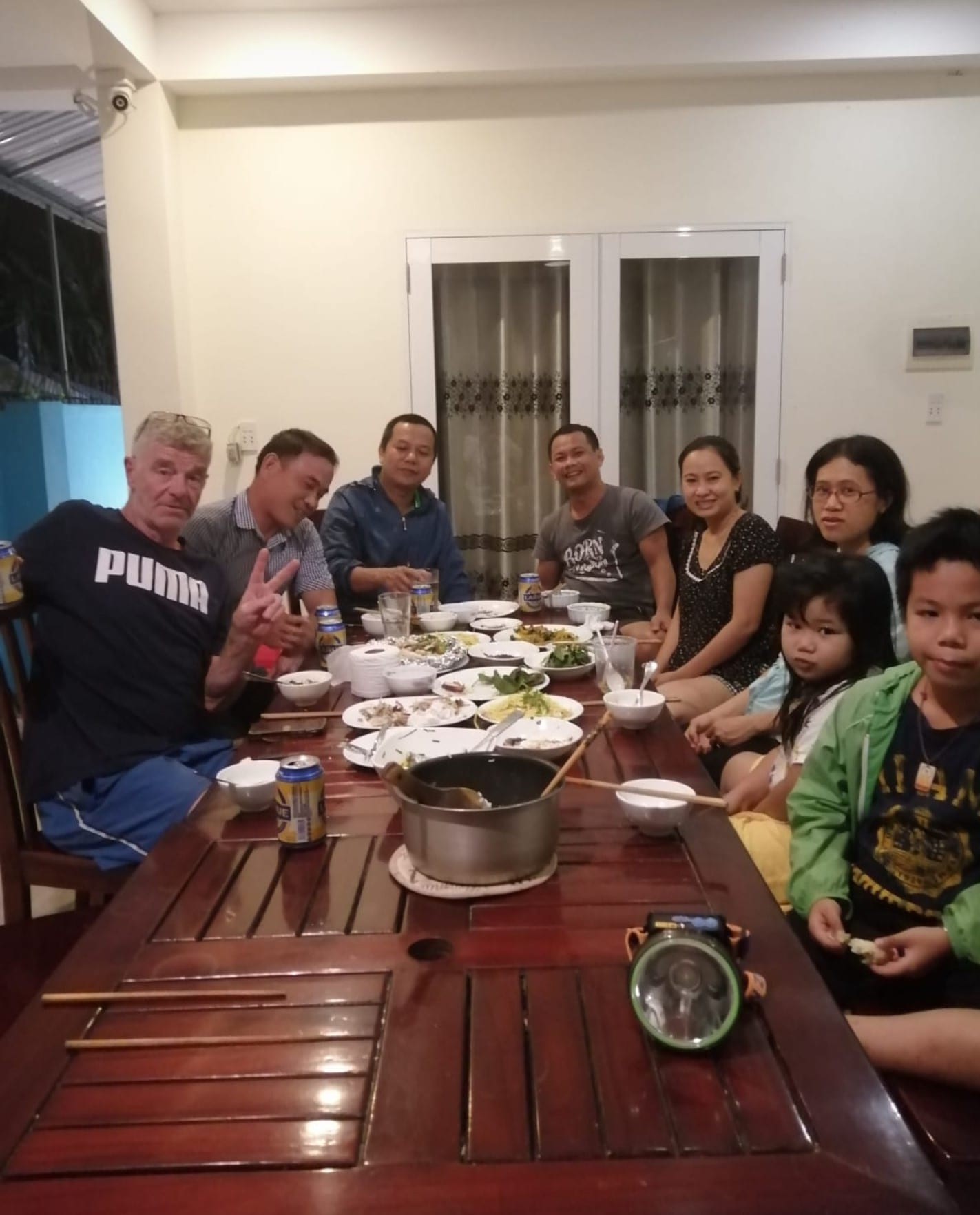 But, although their finances are being stretched, Marg says the pair have been overwhelmed by the kindness of everyone they’ve met. And she says they feel so safe in the country, which has so far recorded no deaths from the virus, that they have immersed themselves in the local culture.

They’ve given up sunbathing and sightseeing, and instead they’ve been working at a rice ATM, set up by a Buddhist monk at a nearby temple.

Robbie, 63, who works in construction, has been helping to unload and distribute sacks of donated rice, while Marg hands out envelopes filled with money to help the poorest families.

“Everyone here has been so welcoming, we just wanted to give a little back,” she says. “And the way everything has been done here, from the minute we got off the plane, has made us feel so well looked after, we actually feel fortunate to be here.

“We have three grown-up children and they’ve said even though they’re missing us, obviously, we’re better off here because we couldn’t be in a safer place. We hardly ever meet any other Europeans but the ones we do meet are all glad they’re here rather than in their own countries.” 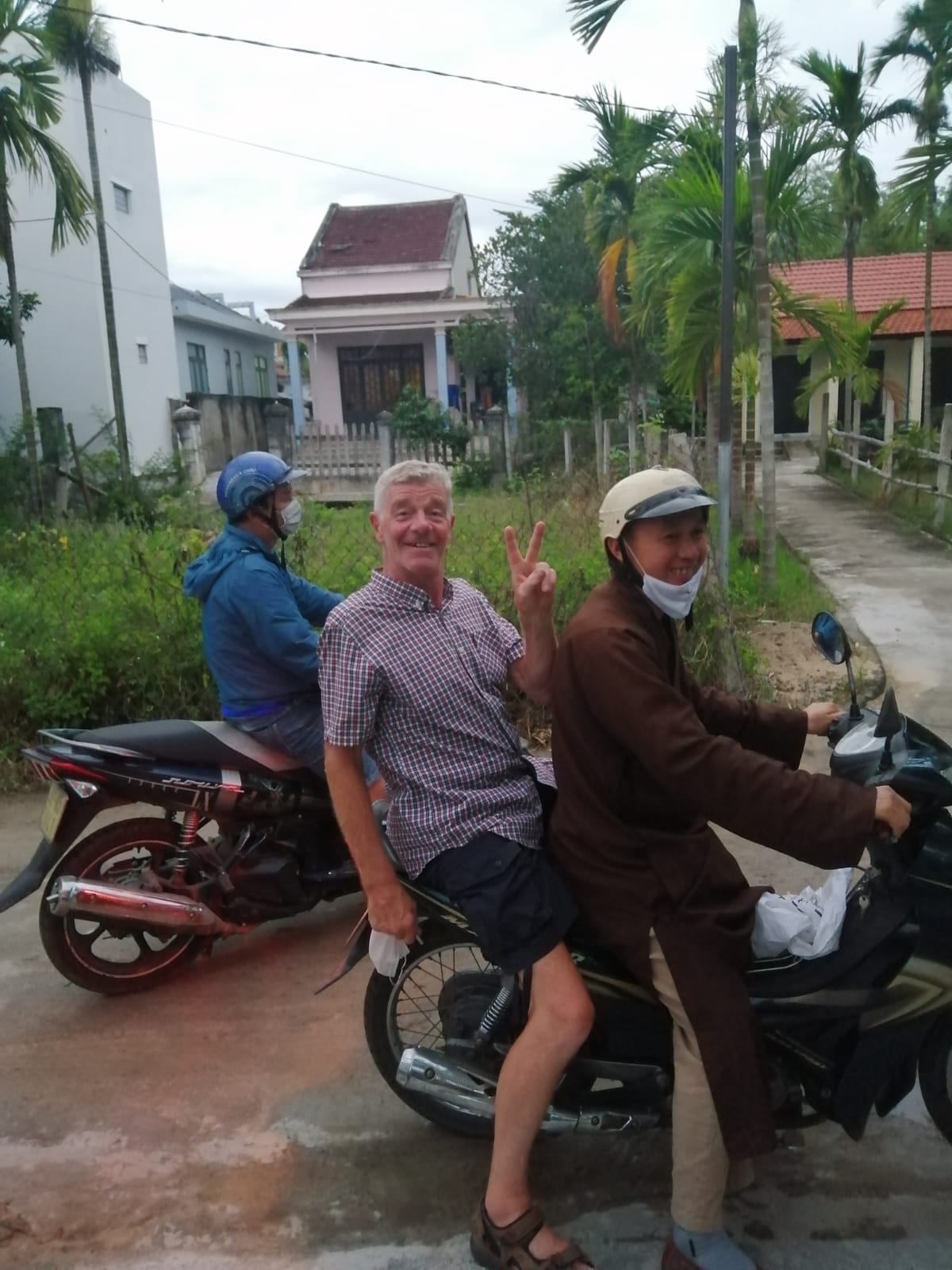 The couple, who have nine grandchildren and one great-grandchild, arrived on March 7 on the island of Tre Quan – known as the vegetable village because of its paddy fields and herb gardens.

“As soon as we arrived, we noticed there was hand sanitisers everywhere in the streets for people to use, and in all the shops and bars the staff were wearing face masks and had their own sanitisers,” says 62-year-old Marg.  “They were on top of it from the start, they did a fantastic job.

“We flew from Manchester, via Hong Kong, and they took our temperature immediately when we landed in Hong Kong, again before we got on the plane to Vietnam and again in Vietnam when we got off. 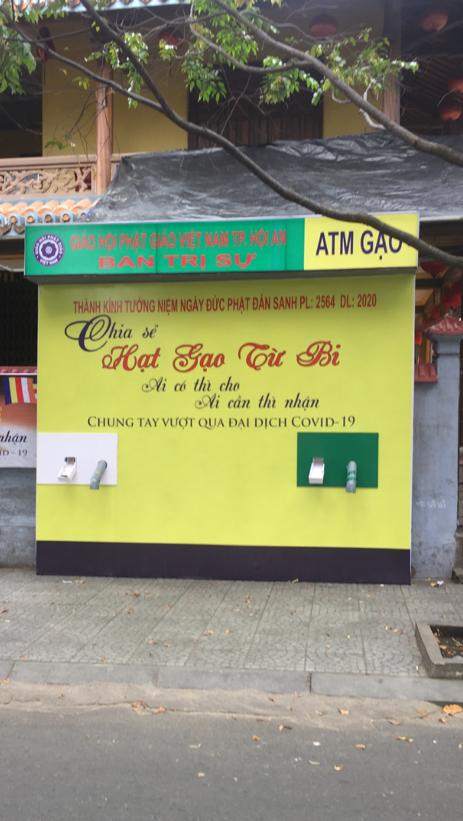 “We went to the beach on our first day and it was deserted, you couldn’t get in anywhere unless you had your temperature taken, even the beach shacks. Then they all shut down about the 9th, and it was just local shops open.”

Vietnam went into lockdown for two weeks, she says, and added a third to ensure every province was clear. “We had blood tests and swabs taken, waited for five days for the results, and then we were given a certificate to say we’re clear which we can take with us when we go out and about.”

Marg says they were due to fly home with Cathay Pacific on March 27.  “But that got changed to the 28th then the 29th and a week before they got cancelled completely,” she adds.

DELIVERY: Avoid waiting in long queues at the supermarkets and order all your groceries through @LIDSdelivery ??

Not only will you save time, but you'll also be supporting all the local businesses on there too ?

MORE - Home Cook Liverpool 3: Desserts from 5 Liverpool restaurants you can create at home

As they continued their search for any available flights with no luck, they were able to extend their stay at their small hotel.

“The couple who run it, in their house, aren’t charging us for food anymore and our landlord even said, ‘don’t worry about your bill, pay me when you get back to England’, but we refused because he’s got no tourists here now. They have five rooms and only me and Rob here.”

It was their landlord who introduced Marg and Robbie to the monk running the rice banks.

“Lockdown here has ended now, but we’re stranded with nothing to do so we decided to donate and help them distribute. 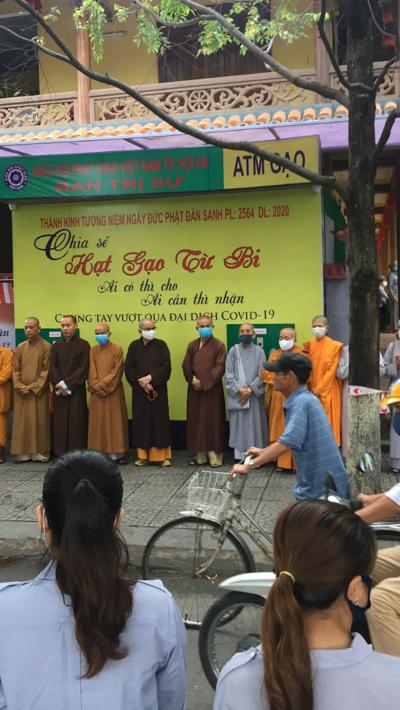 “A lot of people are struggling here, especially since the tourists left, so the monk who we’re helping set up this ATM by the temple to give out rice. People queue up from 6.30am and it opens at 8am, they get 3kg of rice from one chute and a bottle of soy sauce or another sauce from another and it lasts two days for a family of four. We gave out five tonnes in just one morning.”

Marg says they’re waiting to hear from Qatar Airways about the possibility of a flight next week, or a refund, but until then they’re keeping in touch with family via What’s App and enjoying being a part of their new temporary ‘family’.

“The people are so beautiful here, I’ve never met anyone like them. We’re on motorbikes delivering rice instead of lying by the pool, but it’s been an incredible experience and we’re going to come back with our mates next year.”