Experts say that vaccines are ‘doing the job’ to bring down Covid-19 cases - The Guide Liverpool
Contact Us Advertise with The Guide Our Video Services Follow us:

Vaccines are “doing the job” of cutting the number of people infected with Covid-19 across the UK, this top scientific adviser has said.

Professor Adam Finn, from the University of Bristol and a member of the Joint Committee on Vaccination and Immunisation (JCVI), said “everything’s moving in the right direction” when it comes to the impact of vaccines on the pandemic.

His comments were echoed by Professor Neil Ferguson, from Imperial College London and a key figure in ensuring the UK went into lockdown last March, who said that while it was still “early days”, a figure of two-thirds efficacy from a single dose of a vaccine was “not too far off”.

Public Health England (PHE) is due to publish data shortly which shows the effectiveness of the current vaccination programme.

This week we spoke to Dr Fiona Lemmens who is a GP and Chair of the Liverpool Clinical Commissioning Group who says the vaccine program in Liverpool is going “better than expected”. She told Jay Hynd that 90% of all over 80’s are now vaccinated in the city and 111,000 vaccines have been given in Liverpool alone. Watch the full discussion below.

MORE - Watch: Find out how The Little Shoe has adapted to continue operating over lockdown

Sign up to The Guide Liverpool Latest, your weekly fix of all things Liverpool, direct to your inbox, here.

Prof Finn told BBC Radio 4’s Today programme: “We’ve now got to the point with the study we’re doing in Bristol where we can say with certainty that there is definitely an effect.

“It’s just hard to put an exact number on it at this point because… the numbers of cases coming through are still building up, the number of people who’ve been vaccinated are still going up, but it’s becoming clearer for the Pfizer vaccine, which we’ve been using for a month longer, since early December, and it’ll take slightly longer for us to get a firm handle on just how well the AstraZeneca vaccine is preventing hospitalisations too, but they’re definitely doing the job.”

Prof Ferguson said data on vaccine effectiveness and how quickly infection, deaths and hospital cases were declining across the country was looking promising.

But he added: “The trade-off we have is between how quickly can we relax, and how quickly we can immunise and protect the population.

“And there’s still risks at the moment in relaxing too quickly when we don’t have enough immunity in the population bearing in mind that no vaccine is a panacea, no vaccine will offer perfect protection.”

Prof Ferguson told BBC Radio 4’s Today programme that he thought the current lockdown should be lifted in stages, adding that the “downside of taking bigger risks is you risk having to lock down again which is even more disruptive economically and socially”.

He added: “I am encouraged by the cautious approach being taken, an incremental approach which I think will be adopted, namely relax one thing and see what the impact is, relax again.

“And it still may well be that by the end of May, we’re in a very different country than we are today.” 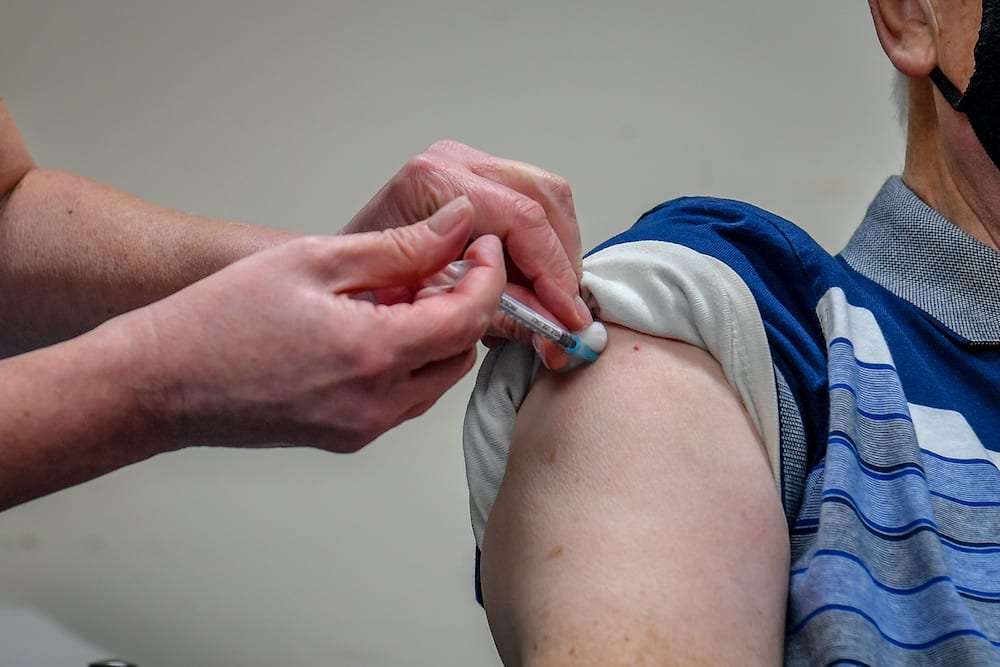 He said this meant rules would still be in place “but I think society will be a lot more normal”, adding that it did depend on things panning out as hoped.

“There are threats out there, we don’t know for instance quite how effective the vaccines are, how long immunity will last, there is the threat of variants,” he said.

“So we have to be driven by the data and the trends we see.”

Prof Ferguson, who said he had not yet booked a holiday, said people would be isolating “forevermore” if the desire was to eliminate Covid-19.

“We’re not going to eliminate globally so we won’t eliminate here,” he said.

“And I think the one thing this pandemic has generated is a whole new generation of vaccines which frankly are much more effective than the influenza vaccines we typically use year to year.

“And so I think long-term we do have very promising prospects for pulling down the burden of disease, the mortality caused by this virus, quite dramatically.”

MORE - The government catch-up plans for pupils in England are insufficient, says report

Meanwhile, Dr Mike Tildesley, who advises the Government as a member of the Scientific Pandemic Influenza Group on Modelling (Spi-M), also urged ministers to lift the lockdown slowly.

He told BBC Breakfast: “We do know any form of reopening will cause the R number to go up so that needs very very careful monitoring.

“The vaccination campaign is going very, very well… but where we need to be careful is if we open too quickly and don’t allow the vaccination programme to help us along the way, we run the issue of things resurging a little bit.

“I totally appreciate and understand the need to get children back in the classroom… the key thing for me is we need to do it in a way that schools don’t have to close again.”

In other Covid-19 developments:

– Foreign Office minister James Cleverly said it would be wrong for him to speculate on whether summer holidays will go ahead. He said ministers were “making a judgment based on the science” ahead of an announcement on Monday from Prime Minister Boris Johnson on the route out of lockdown.

– Data from the Zoe app study from King’s College London suggests a 5% drop in symptomatic cases of Covid in the UK on average in the most recent week. It puts the current reproduction number (the R) of the UK at 0.9.