Face coverings to be mandatory on public transport - The Guide Liverpool
Contact Us Advertise with The Guide Our Video Services Follow us:

Face coverings to be mandatory on public transport

The Government says face coverings are ‘marginally beneficial as a precautionary measure’.

Face coverings will be mandatory on public transport in England from June 15, Transport Secretary Grant Shapps has announced.

Mr Shapps said “we need to ensure every precaution is taken” on buses, trains, aircraft and ferries as further lockdown measures are eased and passenger numbers increase.

Currently passengers are advised to wear a face covering but are not stopped from travelling without one.

Face coverings can be a scarf, piece of cloth or mask.

The Government says they are “marginally beneficial as a precautionary measure”, and states that evidence suggests face coverings do not protect the wearer, but may protect other people if he or she is infected.

This is beautiful. #Liverpool's @LMACHOIR back #BlackLivesMatter with moving rendition of classic song.

Surgical masks should be reserved for people who need them for protection while at work such as medical staff, according to official advice.

London mayor Sadiq Khan was among those who have been lobbying the Government to make face coverings mandatory on public transport.

He recently said he may introduce the policy for Transport for London (TfL) services, but was wary about causing “confusion”.

MORE - Debenhams, Liverpool ONE is to reopen from 15 June

Transport unions also urged ministers to enforce the wearing of face coverings after the deaths of dozens of workers.

Mr Shapps said on May 12 that 42 TfL workers and 10 mainline rail staff had died after being infected by coronavirus.

People are advised to wash their hands or use hand sanitiser before a face covering is put on or taken off, and coverings should also be washed regularly.

The announcement came as ministers were facing more pressure over the planned blanket quarantine for travellers to the UK after an expert questioned the Government’s claim that the scheme was “backed by science”. 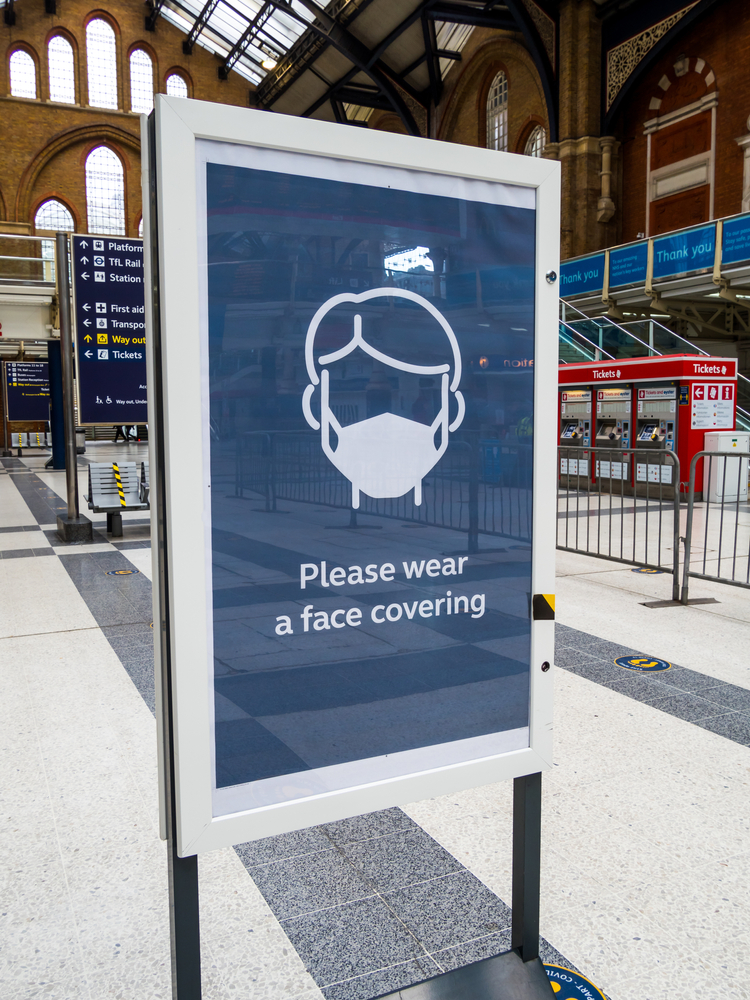 Professor Robert Dingwall, a scientific adviser to the Government and member of a sub-group of Sage (Scientific Advisory Group for Emergencies), said there was no evidence of new clusters of Covid-19 infection involving people who have been travelling abroad.

“I think we would really need to get the level in this country significantly further down before quarantine started to become a useful measure.

“That I think, even then, we would have to see something that is targeted on countries with a significantly higher level of community transmission than ourselves – and there aren’t too many of those around, I’m afraid.”

The travel industry pressed home its message that the quarantine plan risked worsening the economic pain by hampering attempts to get people moving again and taking holidays, with Ryanair boss Michael O’Leary saying the plans would “do untold damage to British tourism”.

But Northern Ireland Secretary Brandon Lewis defended the quarantine policy, insisting it was “the right time to do it”.

How exactly will the travel quarantine work?

– Mr Lewis told the BBC that ministers were “absolutely determined” to “publish very clear statistics” on its test and trace programme, having only declared that “thousands” of people have been contacted, once the UK Statistics Authority is satisfied with the proposals.

– MPs heard industry warnings that tens of thousands of aerospace and aviation workers are set to lose their jobs as a result of the crisis.

– The Bank of England published a list of companies which receive funding through its Covid Corporate Financing Facility lending scheme.

– The Society of Motor Manufacturers and Traders (SMMT) said demand for new cars fell by 89% last month as the coronavirus lockdown hit sales.

– Around 1,500 jobs faced the axe along with 12 showrooms at struggling car dealership Lookers as the group announced plans to slash costs.

– Aston Martin has said it plans to cut up to 500 jobs as part of a major restructuring.

For the latest travel advice in Liverpool, visit Merseyrail, Arriva or Merseytravel.

MORE - What will a visit to a spa be like in the coming months? We asked Suites Hotel & Spa boss Lyndsay Tyer