FACT's new Cinema In The City programme is hosting film screenings in hidden Liverpool locations - The Guide Liverpool
Contact Us Advertise with The Guide Our Video Services Follow us:

Final tickets are now available for Cinema in The City, a brand new film programme of weekend screenings in hidden locations across Liverpool.

The new programme which is presented by FACT, will bring together the best in independent cinema whilst showcasing emerging talent from local filmmakers with food and drink from locally renowned restaurant, Maray.

The summer of screenings kicks off on Friday 13 August at the stunning and historic Cotton Exchange Rooftop Garden with open-air showings of Bloody Nose, Empty Pockets, Ammonite, Apples, The Killing of Two Lovers, Rare Beasts and Stray.

The Grade II listed building on Ormond Street is a short walk from Liverpool One and Liverpool’s famous waterfront and it will be the very first time that films have been screened on the building’s rooftop. 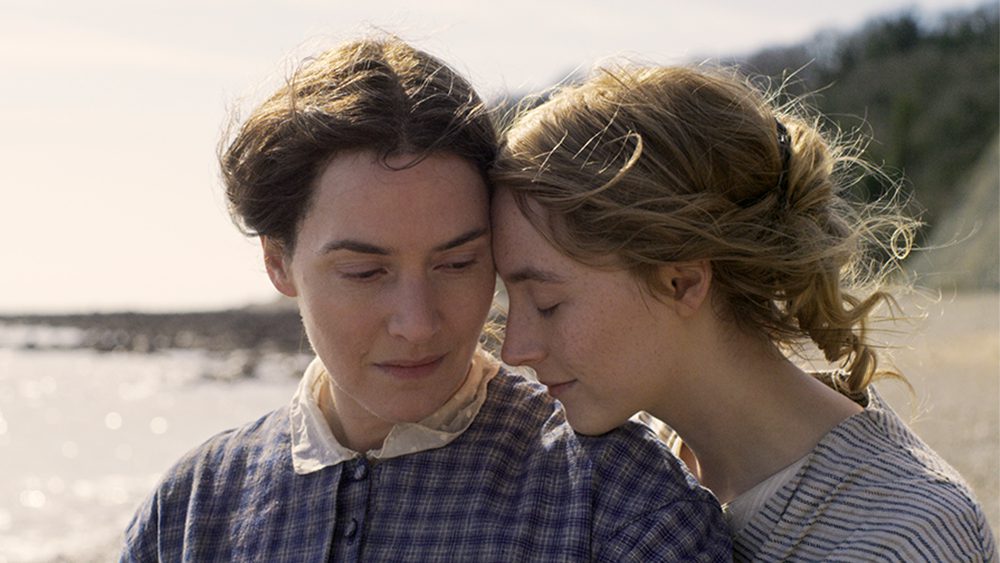 Film fans will enjoy a unique, once in a lifetime opportunity to experience an entire weekend of critically-acclaimed film against the backdrop of the city’s iconic architecture. Middle Eastern inspired food and drinks will be provided by locally renowned restaurant, Maray, who will host their own pop-up food stall.

The inaugural weekend will give film fans from all over Liverpool the opportunity to rediscover film and catch some of the best releases that were missed in 2020 due to the prolonged closure of the city’s cinemas. 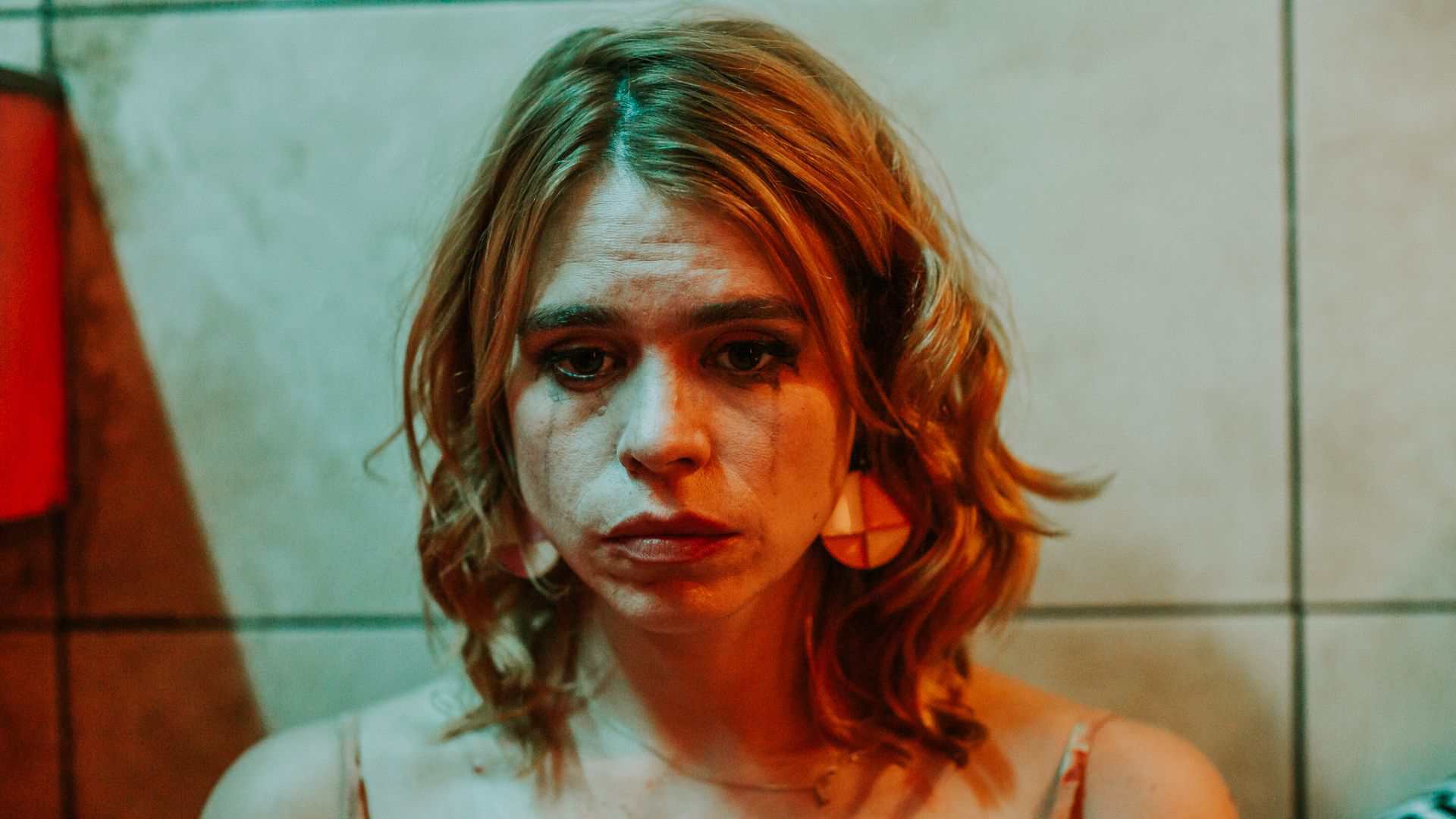 It will be one of the first times that audiences can see the much anticipated and BAFTA nominated Ammonite, alongside Apples following its premiere at the 77th Venice International Film Festival last September and Bloody Nose, Empty Pockets which finally makes its big screen appearance following a streaming release last year.

The following weekend sees the critically acclaimed The Killing of Two Lovers take to the screen, the directorial debut of Billie Piper in her brand new anti rom-com Rare Beasts, and rounding off the weekend in style, the award winning Stray, which takes audiences on a journey across Istanbul through the eyes of three stray dogs. 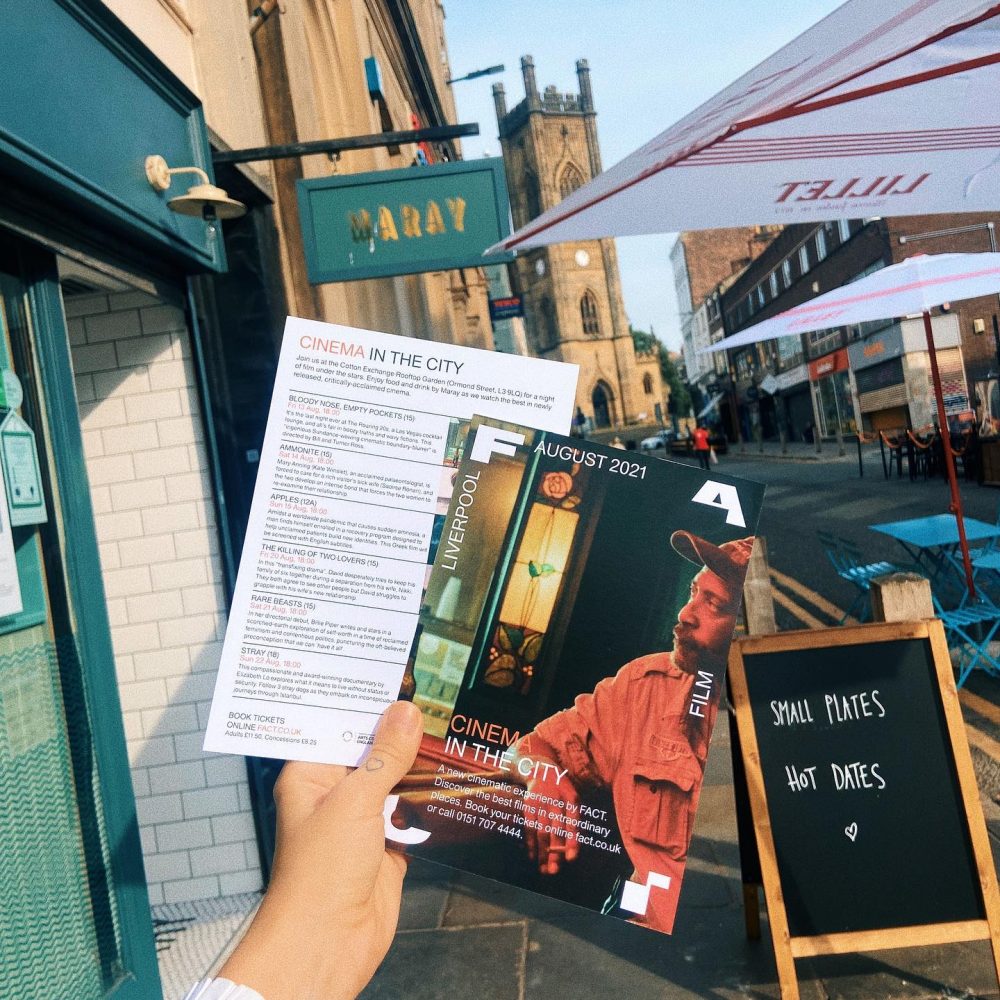 FACT recognises that Liverpool is an inherently cinematic city, serving as the location for many film and TV shoots whilst also being home to many artists and filmmakers taking their first steps in the industry. Supporting film and local talent is at the heart of FACT and Cinema in The City will provide local filmmakers of the future with an exciting opportunity to screen their own short films to an audience of keen cinemagoers prior to each and every screening.

Film fans will enjoy a selection of shorts from the next generation of filmmakers with Barber Shops of Levenshulme by Kamran Ali & Martha Lineham, You Make Me Weak At The Knees by Joseph Wilson and Teddy by Milda Baginskaite screened across the first weekend. Size Nine by Mason McLeod and Ewan McVey, In Habit by Maisie Aveston and Beyond the Frame by Emilia Hargreaves will be screened across the second weekend. 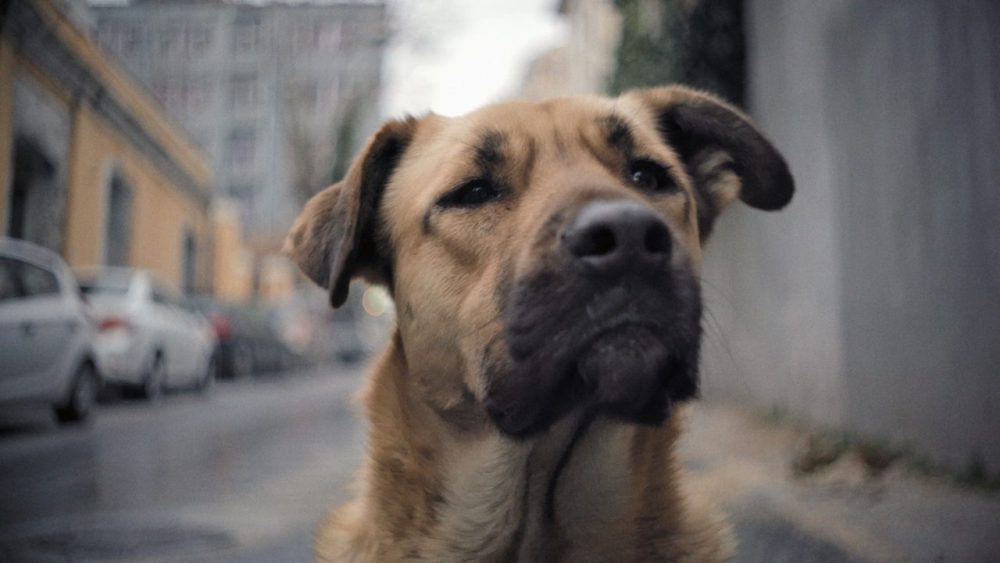 Cinema in the City at Cotton Exchange Rooftop Garden runs from Friday 13 to Sunday 15 August and continues the following weekend on Friday 20 to Sunday 22 August with screenings each day. Keep an eye out later in the year for further dates and announcements on new locations, exciting films and local food and drink traders.

Cinema in the City is presented by FACT and supported by Film Hub North with National Lottery funding on behalf of the BFI Film Audience Network. This event is presented in partnership with Bruntwood.